Guys With Spikes
The unnatural language of the Enron Corpus
By Brendan C. Byrne 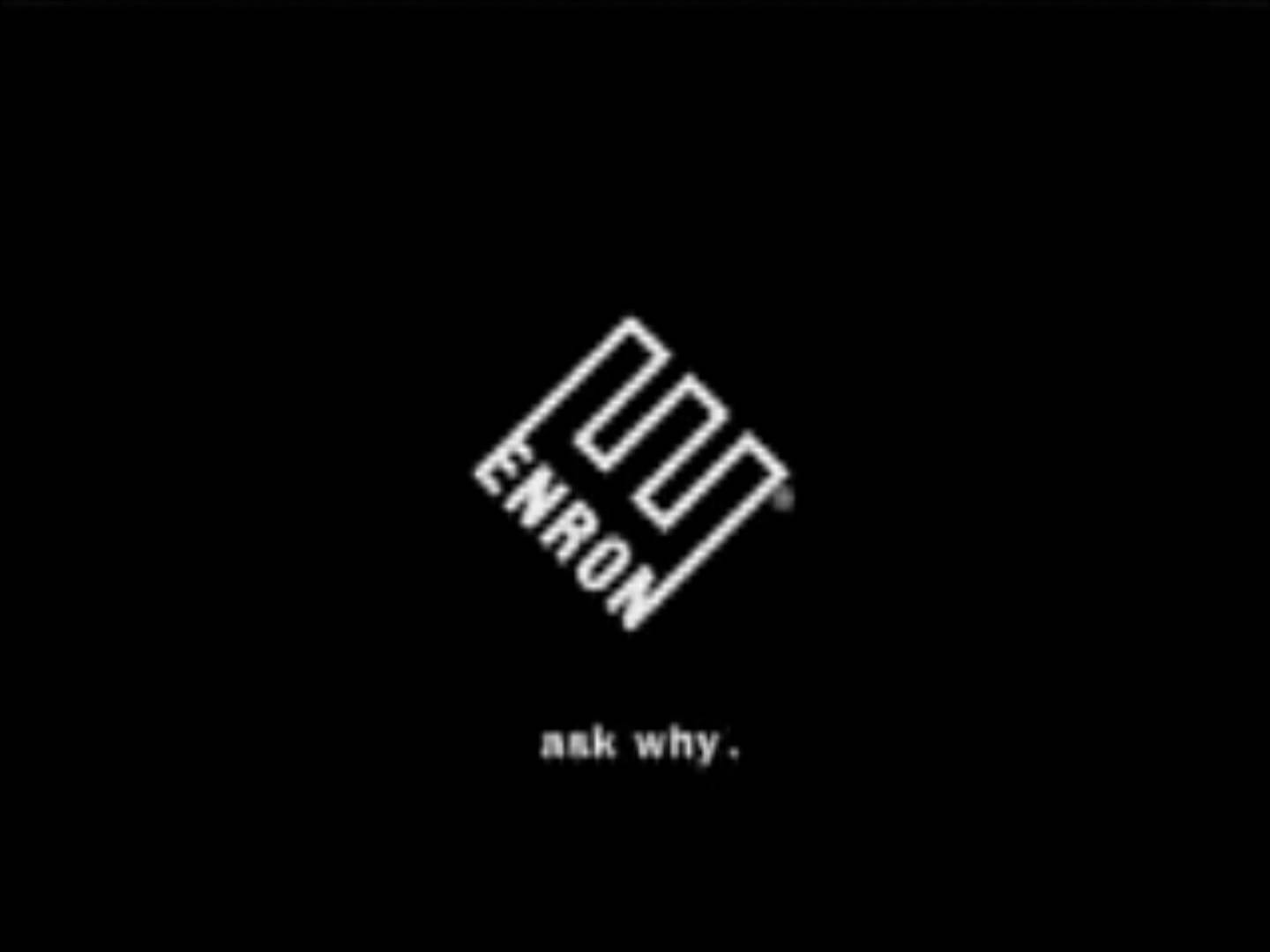 This text accompanies the online exhibition First Look: The Good Life. Join us at the New Museum for a panel discussion with artists Sam Lavigne and Tega Brain on October 6, 2017.

The content of Tega Brain and Sam Lavigne 's The Good Life has survived several severe systematic cullings to make its way to your inbox. The emails of 158 senior executives of the self-doomed Enron corporation composed during its final four years were released into the public domain by The Federal Energy Regulatory Commission (FERC) in 2003. The Enron Corpus, as it has become known, then numbered at over 1,600,000 emails, but, after belated motions filed by the company, the FERC allowed emails containing "personal information" to be removed via a joint effort by Enron employees, FERC staff, and private contractors. The Corpus was further pruned and edited by various academics to address "a number of integrity problems". The Good Life originally consisted of the resultant 500,000 emails sent to subscribers over the course of 30 days, 1 year, or 7 years. Due to a "high email traffic issue" which resulted in many emails caught upstream of spam folders, the artists scrubbed the dataset further, removing many duplicates, which left a mere 225,000 emails.

Scholar and writer Finn Brunton, who introduces The Good Life in a series of mini-videos, writes in Spam: A Shadow History of the Internet that the concepts of both "community" and "spam" are "zones where we can meet and negotiate about meaning." This makes us wonder if self-requested spam of The Good Life's users is actually spam; it also makes us wonder whether the portrait the Corpus paints of Enron resembles anything like a community. Brunton compares the project's scale to that of "a Balzac novel", but, unlike the author's obsession with detailing various social strata, these missives are almost solely authored by those whom Brain and Lavigne call "mostly white male corporate criminals." The emails detailing janitorial cleaning supplies are sorely missed.

Enron's collective ethos comes through strongly however. This is a corporate culture helmed by a man (former CEO Jeff Skilling) who declared during his college interview, “I'm fucking smart,” told a friend, “I like guys with spikes,” and organized extreme sports vacations for underlings. To those familiar with the Enron mouthfeel, an email concerning Skilling's attempts to set up a motorcycle trip with a former “US Special forces group that does specialized adventure travel” in Costa Rica seems less bizarre than indicative. A series of highly offensive joke chain-emails illustrates a pervasive misogyny confirmed by indulgent boys-will-be-boys tales of strippers in high-level executives' offices. As it became clear that the market, and the feds, were catching up with Enron’s experiments with “Gross Notional Value,” Skilling and founder and chairman Ken Lay dumped their stock while encouraging employees to keep buying. These same employees would be given half an hour to vacate the building during the inevitable mass-firing. As the wheels begin to come off, Timothy Murphy (of the El Paso Corporation) sends the following message, “I can see Ken and his boys going to jail. Bend over.”

Brain and Lavigne do not attempt to fashion these disparate communications into a downfall narrative. Instead, they seem interested in the Corpus’ status as a dataset used, as Brunton puts it, “to train spam filters and other natural language machine learning systems.” As Jessica Leber writes in in the MIT Technology Review, “much of today's software for fraud detection, counterterrorism operations, and mining workplace behavioral patterns over email has been somehow touched by the dataset.” The Good Life seeks to draw attention to the construction of such systems via emails which are decidedly abnormal (and available to researchers solely because of their abnormality). This weirdness generates the idea of an AI, whether tasked to brew your coffee or dock craft on an orbital mining station near Tannhäuser gate, attempting to be one of Skilling’s “guys with spikes.”

Brain and Lavigne’s half-serious challenge to read the emails in chronological order ultimately resembles not La Comédie humaine but rather one of our contemporary works of exhaustion, such as David Foster Wallace's Infinite Jest or Karl Ove Knausgård's interminable detailing of his struggle. As Brunton gleefully admits, much of The Good Life's content is “hypnotically boring.” Many of the emails so far slotted into my inbox are one-line nothings from “Jeff,” briefs on car rentals, or occasional “I love you”s. They offer nothing except themselves.

Humans were not meant to read the Enron Corpus, though they were meant, it seems, to disseminate and analyze it, with algorithmic aid. Watching these emails slowly unload into your inbox becomes a memento mori for your mediated self, and any dreams that the online content you’ve generated could be used to resurrect it. Infinitely searchable as Your Corpus may be, it is destined to be merely the core curriculum for the cold, distant intelligences of the future, who will, no doubt, be just as a self-obsessed as any Enron exec.