Reconsider the Oyster
By Lauren Studebaker 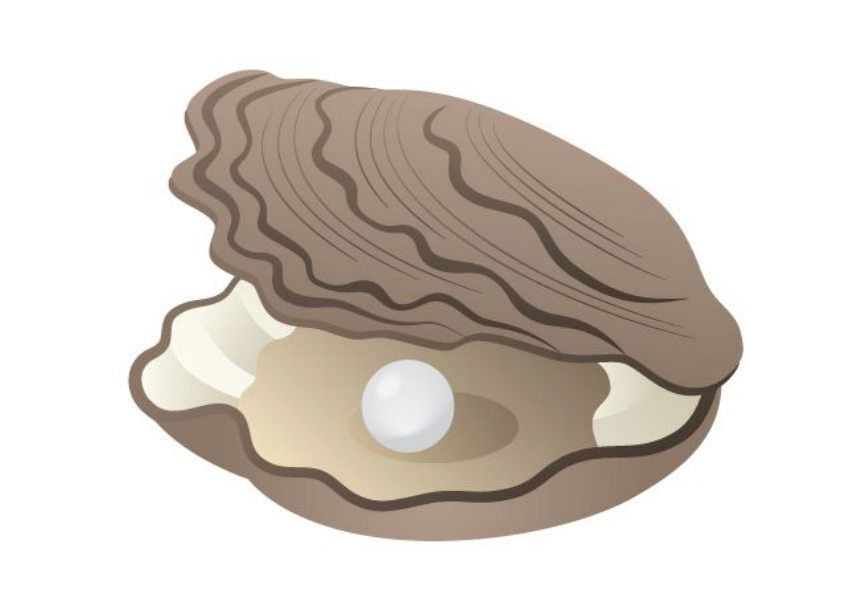 As of January 2019, Fred Benenson's OYSTER WITH PEARL emoji has been accepted and added to Unicode's Emoji 12.0 release, anticipated for release later this year.

Each year, the Unicode Consortium releases a new version of the Unicode Standard, including a collection of new emoji. The chosen symbols are developed from user proposals, or reflect widely established user desires as identified by the Consortium. Decisions governing the inclusion of particular characters are made at an annual conference, which took place last month, a gathering which was described by Liat Berdugo in her 2015 post “Two days with the shadowy Emoji overlords.”

The recently announced set of updates, Unicode 11.0 / Emoji 6.0, which has an anticipated release of June 2018, includes sixty-plus characters and symbols, including an abacus, a mooncake, and a Nazar, an amulet traditionally used to protect against the evil eye. Absent from Emoji 6.0, though, is the “Oyster with Pearl” emoji, recently proposed by Fred Benenson. [Disclosure: Benenson is a member of Rhizome’s Board. – Ed.]  Benenson, who announced the emoji’s rejection in an October 10th tweet, is no stranger to emoji; he introduces himself as an erudite emoji authority, frequently referring to his 2010 translation of Moby Dick into emoji with the help of Amazon’s Mechanical Turk. The spurned oyster emoji is a simple vector illustration of an open-mouthed bivalve, with a shining pearl in its center, sitting atop its fleshy interior mass. Benenson’s proposal document centers on the multiple connotations of the mollusk in today’s culture, from a class-defying foodstuff to a gem-producing treasure trove of nature. Even after its rejection, the proposal—submitted by Benenson to the nonprofit corporation this summer—begs review.

Benenson cites Google trend analyses (as recommended in Unicode’s sample proposals) to point to the increasing popularity of oysters in recent years. Indeed, oyster bars have been on the upswing in the last five years, situating oysters as a singular indulgence of a new urban precariat. Restaurant trends reflect this; the bivalve is a desirable consumable for those living and working in coastal urban areas. Oysters are affordable yet connote luxury, and are more sustainable than any other widely farmed animal. As Benenson describes, the oyster is a symbol of “rarity and natural beauty,” but they are just grotesque enough to make for a compelling image, with a hint of vanitas embedded, referring back to the user’s social position.

Readers of the proposal might find themselves surprised at the rejection of the “Oyster with Pearl” emoji. Many of the successful proposals were no less erudite, such as frowning poo:

Poo is a cultural symbol in Japan. Not only do people pay respects to the toilet god, Kawaya-no-kami, who emerged from the poo of the Japanese Earth goddess, but Kin no unko, a golden swirling poo charm, has achieved high demand in Japan. The Japanese view Kin no unko as a symbol of good luck because the Japanese words for poo and luck share similar initial sounds.

Benenson makes an equally potent case for the oyster symbol in his proposal. The multitude of its potential contextual uses and its appearance in western aphorisms, such as “the world is your oyster,” makes its inclusion in platform visual culture seem like a foregone conclusion. Benenson indicated that the proposal was turned down for a cited lack of urgent necessity, a choice which makes the goals of the Consortium seem slightly more egalitarian than might be assumed.

To an outsider, the Consortium––and its oversight over 110,000 characters––can appear ambiguous in form and largely opaque in its specific power dynamics. The organization has a yearly conference to establish “software internationalization standards and data” through creating a cohesive “representation of text in all modern software products and standards.” A review of their membership roster reveals a tiered level of enrollment, with different levels of authority in voting on Consortium updates dependent on the amount donated each year. The highest-ranking members, who pay a yearly $18,000 fee, include representatives of tech giants Apple, Facebook, IBM, and Netflix.

It can be assumed, then, that the decisions that determine the emerging development of digital language are in part influenced by the future interests of these large capital-driven corporations. We might also note that the populations that contribute to the recent upswing in mollusk consumption are centered within the same demographic groups and geographic locations as the campuses and employees of the tech companies represented in the highest-tier of Unicode membership––namely, western, mostly liberal, coastal urban areas. The oyster emoji’s appearance reflects the emergence of a population of new urban creatives that are building a shared visual culture through digital conviviality, but its rejection suggests that a seemingly apparent necessity for coastal elites doesn't necessarily translate outside of their filter bubble.

So why, then, do we get a lobster emoji in the next character set? As the proposers uninspiringly note, "When comparing the lobster search term to perhaps its closest emoji equivalent, the crab, it seems to be just a tiny bit more popular." Government influence just may have played a role. Maine Senator Angus King wrote a letter of support on behalf of the inclusion of a lobster emoji. No such backing has yet materialized for Benenson's oyster.

At least Benenson will have another chance when Unicode begins reviewing proposals again next year (applications are open year-round). Anyone can propose an emoji to the consortium, and I encourage emoji enthusiasts and advocates to begin their research now–and, perhaps, enlist the support of a sympathetic elected official.