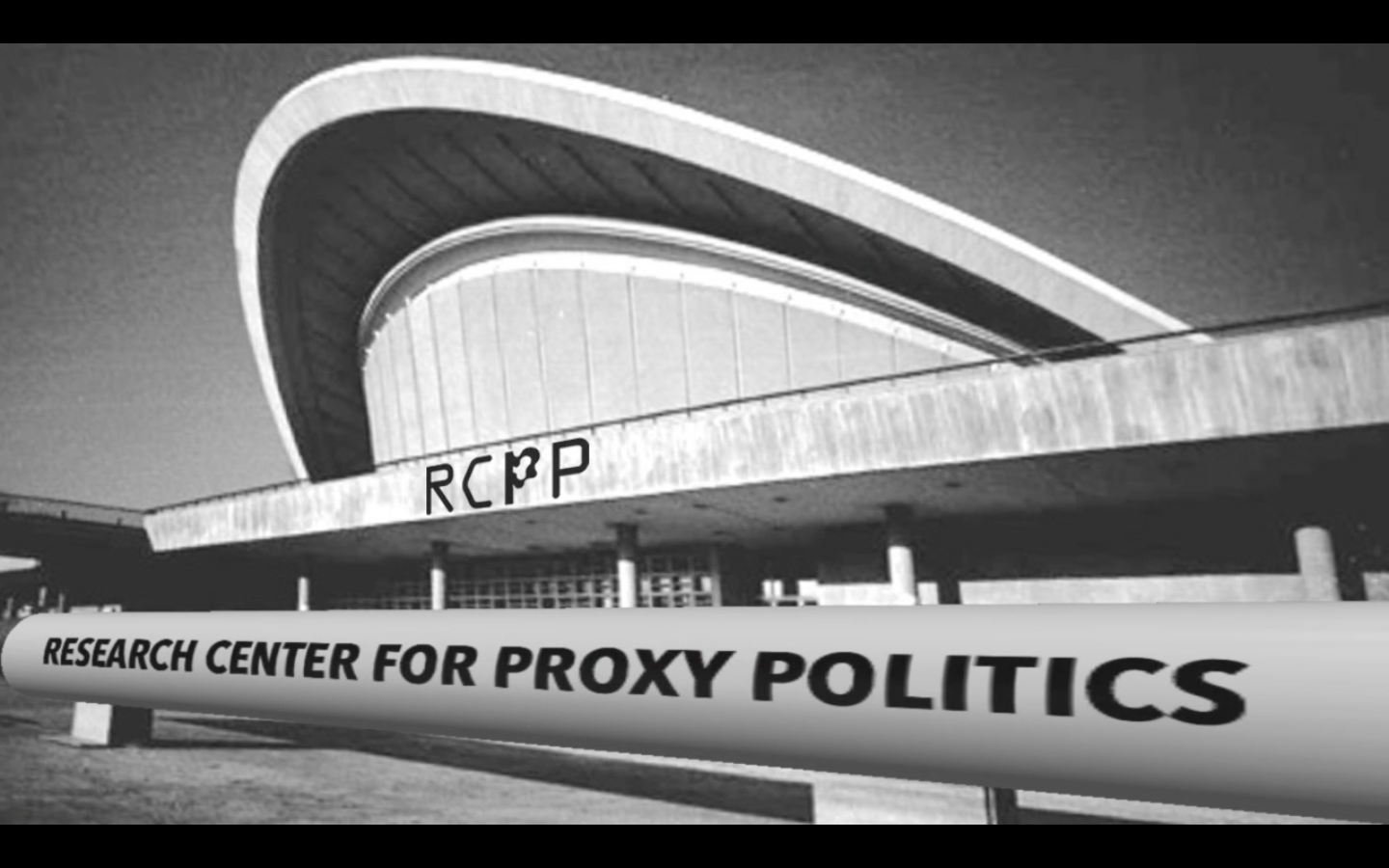 Elvia Wilk reports from a conference organized by the Research Center for Proxy Politics (RCPP). The RCPP’s 2015-2016 program was previously covered here.

Tom McCarthy’s 2015 novel Satin Island opens with a description of the Shroud of Turin, the famous shred of linen upon which an image of Christ’s face allegedly appears. The image, he writes, “only emerged in the late nineteenth century, when some amateur photographer looked at the negative of a shot he’d taken of the thing, and saw the figure […] the negative becomes a positive, which means that the shroud itself was, in effect, a negative already.”

McCarthy was one of eleven speakers at a day-long conference organized by the Research Center for Proxy Politics (RCPP) at the Haus der Kulturen der Welt in Berlin on June 24, 2017. RCPP, initiated in 2014 by Vera Tollman, Boaz Levin, and Maximilian Schmoetzer “under the auspices” of Hito Steyerl’s class at the Berlin University of the Arts, has hosted over twenty talks and workshops for students and the public on the evolving concept of “proxy politics.” The conference was RCPP’s culminating event, but rather than wrap up their research it only seemed to expand the applications further, making a convincing case for the “proxy” as a relevant and adaptable conceptual framework.

That said, the diversity of presentations during the conference meant that the audience had to do some connecting legwork. For my part, over the day I found myself continually returning to McCarthy’s emblematic shroud as a way of visualizing the proxy. It was a reminder that the proxy can only be seen in negative, or relief: a sort of ghost of the structures of belief and technological systems that produce the will to see it in the first place.

A proxy in this sense is an intermediary but also, in the words of the conference organizers, “a decoy or surrogate.” Yet, as opposed to a legal representative, the digital proxy is often unauthorized—contributing to “a post-representational, or post-democratic, political age, one increasingly populated by bot militias, puppet states, ghostwriters, and communication relays.” Proxy politics, in RCCP’s usage, is both a diagnosis of the contemporary political ground and a potential set of tools for resistance.

A proxy server may provide anonymity and security, but can also block access. Proxy politics is in this sense a struggle for who controls the ratio of information passed back and forth. But the battle, if it’s useful to call it that, is muddied by the fact that it must also be conducted by proxy—if power lies in invisibility, one has to obscure oneself to resist.

The double nature of the proxy led theorist Wendy Chun, in her opening lecture, to call it “a fundamentally ambivalent pharmacon.” She explained how science, specifically climate science, has become a practice by proxy in two senses: climate scientists must collect data by remote proxy rather than direct observation, and climate models themselves have become proxies for climate deniers to attack science at large. She suggested finding ways to use statistical analysis not to attribute blame via proxy, but to try and “understand culpability without subjectivity.” I took this to mean distributing responsibility for change among human and nonhuman actors and all the proxies therein.

Brian Holmes likewise spoke of climate change in his talk, but from the human scale, asking, “How does a proxy get under your skin?” He suggested we have to find ways to feel what many of us only ever experience mediated by proxy—such as environmental change and ensuing humanitarian horror. He used the word empathy to describe a condition of permeable sensation to the world around us that could ultimately lead to taking more responsibility, though it might also be called embodiment. Proxies estrange us from our actions and their effects, our bodies and their representations, and Holmes would remedy this alienation via new kinds of embodied sensory experience.

One such experience was provided live by the artist Sondra Perry. As a background to her presentation she played a chopped and screwed version of the song You Are Everything and showed a video of her grandmother sorting through family photos. Then she called her brother over Skype. During their conversation, the audience learned that he used to play college basketball and, some time later, was part of a class action lawsuit against EA Sports. The company had borrowed his likeness, along with hundreds of other people’s, to base a video game character on: a proxy without his permission.

Perry asked her brother about his relationship to his unauthorized avatar, which led to other questions about his embodied reality: whether he ever feels comfortable in his tall, black body (he doesn’t) and how he has learned to “manage” his self-performance so as not to seem “threatening.” Thereby she demonstrated how being racially marked is to always be forced to operate by proxy, to obscure oneself—and how the right to control one’s own proxy image is unevenly distributed.

Doreen Mende and Kodwo Eshun both spoke of bots and machinic images, Eshun reminding that the “originary technicity of creolization,” like computational image production and organization, was “never anything but a process of violent filtering and sorting.” Therefore “the bot and the proxy are therefore not separate from questions of enslavement; there is no race-neutral technological progress.”

McCarthy took up the issue of technological prosthesis-as-progress via the historical fascination with the automaton or puppet. Because the puppet “begs the question of a puppeteer,” he also pointed out that the mechanical servant—whether twitter bot or video game avatar—is never only a technological novelty, but inherently a representation of power relations. On behalf of the puppet or proxy, he joked: “I will not be your server!”

Students from Steyerl’s class gave two performances (one involving slicing up a German flag, the ur-proxy of nationalism), and the day rounded out with a “magic demonstration” by a magician hired by artist duo Goldin+Senneby. The magician performed various tricks on audience members (ooh, ahh), which led to her make a parallel between coin tricks and stock market trading. At the end, we were all invited to invest a minimum of ten euros in a hedge fund the artists set up, which would short-sell shares in a company (chosen by the magician) and give us any profits.

Mentally trying to reconcile the myriad definitions of the proxy I’d heard throughout the day, I realized that for most of the conference I’d been trying to understand the proxy as part of a semiotic system, as a sign alternately obscuring or revealing its referent. But the disappearing coin tricks (which reveal an absence, not a presence) reminded me that the proxy itself holds no semantic meaning. The proxy does not refer; it filters. If there’s a relational dichotomy at play, it’s not between sign and referent but rather sign(al) and noise, and the proxy decides, often arbitrarily, which is which. In reference to McCarthy’s Shroud of Turin, then, the shroud is not a proxy, as I had first thought—the proxy is the camera that took the image of the shroud and revealed, or created, its latent image. In McCarthy’s words: “We see things shroudedly, as through a veil, an over-pixelated screen.” By proxy.

Header image: still from RCPP’s promotional video for the event.