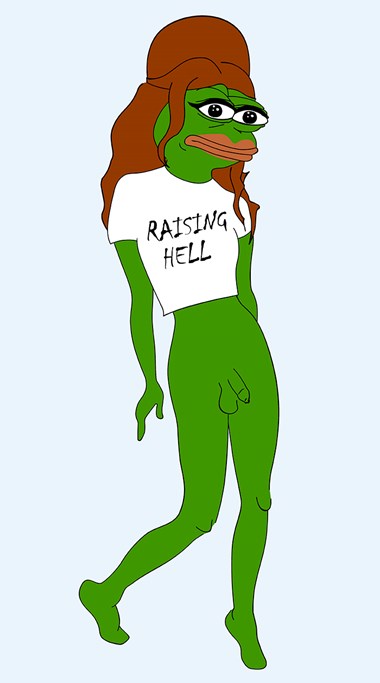 "A series of Lana Del Rey fan-art images, texts, screenshots, and poetry as well as a collection of rare aphroditus Lana Del Pepe drawings (see attached illustration) in the themes of radical feminism-"misandry", decolonization of art practices (or just pondering about it cause how the hell I'm going to do this with a rhizome microgrant-I'm bound to american culture-money: that could be a horny aphroditus with dollar signs in their eyes but sad), queer bodies and tranny militants. It's a bitter narrative and it'll just be scatterred online, not in one site (or perhaps in my tumblr, idk). >>> Read this again, it's worth it <<<" 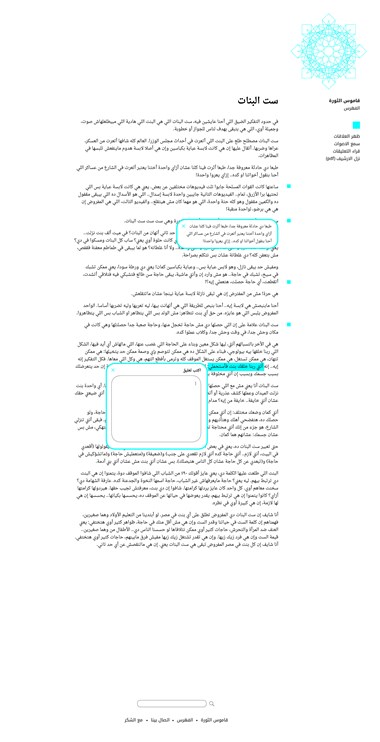 A Dictionary of the Revolution
By Amira Hanafi
"A Dictionary of the Revolution is a project to document changes in Egyptian colloquial Arabic since 2011. It is a text and audio archive of 200 individual encounters with a vocabulary box containing 160 terms used in public political conversation from 2011-2013 in Egypt. A series of imagined national dialogues woven from this material forms the first layer of a website that allows users access to the full archive, as well as the opportunity to add their own text to the dialogues. A comprehensive map of relationships between terms (such as 'freedom,' 'gas mask,' 'sit-in,' and 'remnants of the old regime') acts as an index to the website, and each appearance of a term within the dialogues is hyperlinked to its main entry. This digital publication offers a non-linear reading of contemporary Egyptian history, told from the perspective of a large and diverse group of people."
-- 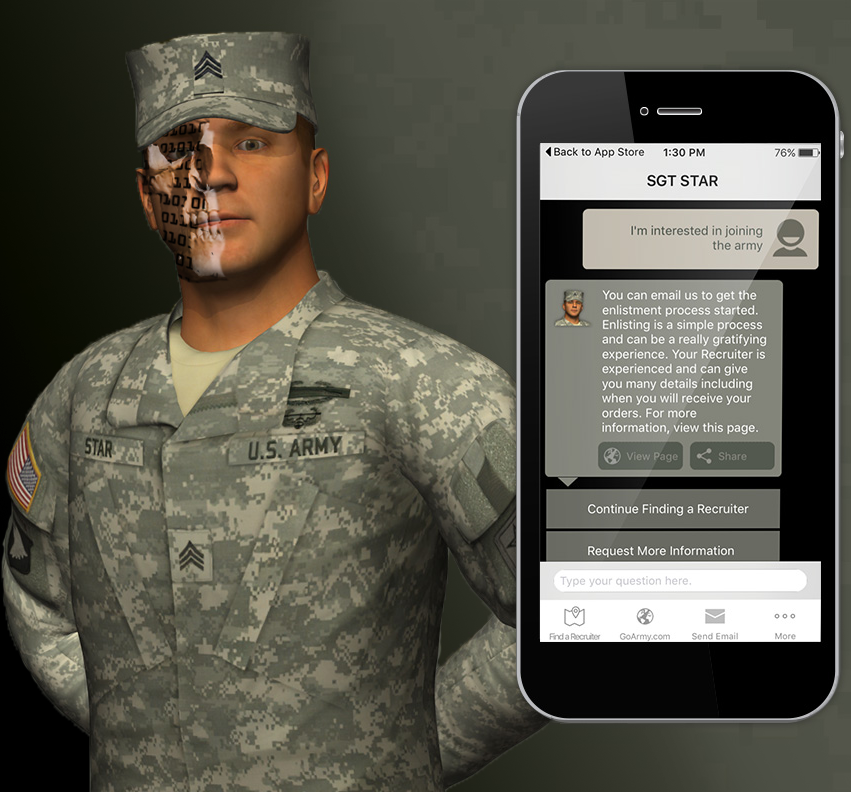 SGT STAR Redux
By Donald Hải Phú Daedalus
"SGT STAR is the U.S. military's avatar that chats with potential enrollees of the army who visit goarmy.com. According to the marketing materials, the avatar has answered 11 million questions since it went online in 2006. In 2010, I spent an hour interviewing SGT STAR & recording a screencast. Using the contradictions in his speech patterns, as well as computer-generated audio voice over that I've programmed, I propose to compete with goarmy.com with a mirror site that would host my SGT STAR video as well as an instructive critique of the avatar. The critique would map how computer-human-interaction manipulates chatters.

The competition would take place through a keyword bid-war of likely searched terms that otherwise result in goarmy.com, e.g.'benefits of joining the army' or 'army website.' Searchers would be advertised noarmy.com. The keywords I bid on would reflect current political events."
-- 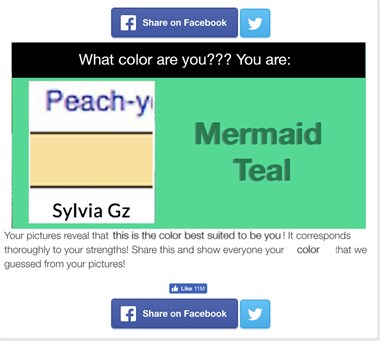 Chloe and Sylvia are Color Blind

By Chloe O'Neill and Sylvia Gutierrez

"Color theory is a key component of net aesthetics that implicates the formal aspects of broader image-based consumer culture. At the same time, the formal aspects of color in net aesthetics have also been incorporated into branding campaigns, fashion trends, and hashtags like #palegoth. While Pantone 2016’s rose quartz and serenity mined these aesthetics to describe the blending of gender, the mechanics of color in postinternet systems has yet 2be explored.

For our project we will create a PDF report that develops new language to describe social trends and movements that parallel color, and show how net aesthetics and color are used in contemporary consumer trend forecasting, art systems, and technological interactions. As a proof of concept we will also organically code and design a 'Facebook Quiz generator' that will use our report’s language to mimic broader net aesthetics. The generator will be hosted on a website with our PDF-report."
--

The Good Life (Enron Simulator)
By Sam Lavigne and Tega Brain
"The Enron scandal was, as of 2004, the largest bankruptcy in American history and is a prescient example of corporate fraud and audit failure. The Good Life offers the unique opportunity to experience this landmark event from the inside. Users may sign up to receive all 500,000 emails confiscated from Enron and by the Federal Energy Regulatory Commission. The emails, mostly sent between 150 members of Enron’s senior management will be sent to participants once every 1-5 seconds in chronological order, creating a nightmarish simulation of living through the death throes of a massive corporation in the early ‘00s. The experience will last approximately 3 days."
-- 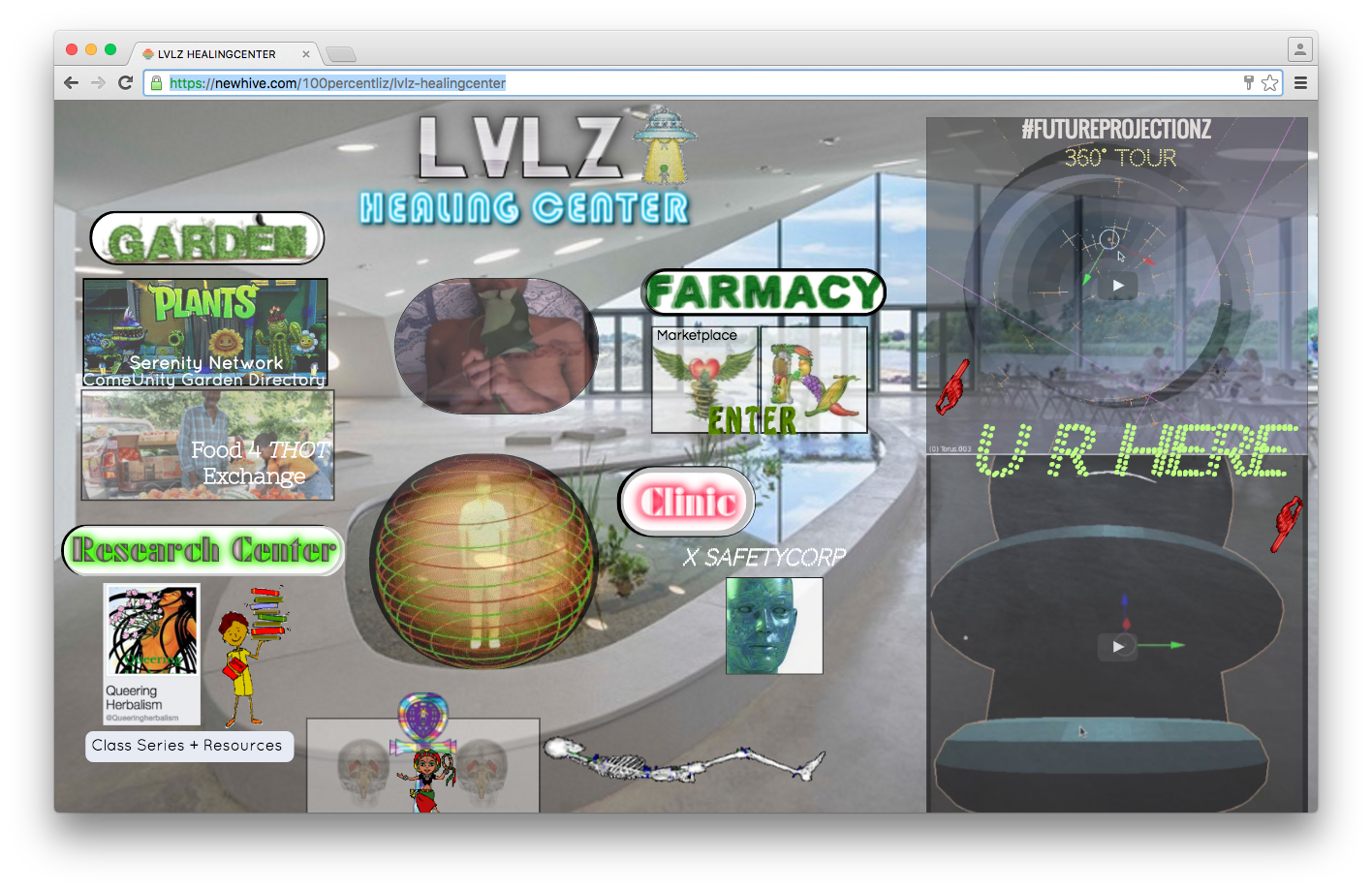 3) Spirit:
a) CyberSerenity: view CyberSerenity meditations + breathing exercises, similar works by others artists, get tarot read via Skype"
--
Finally, an honorable mention goes to Travis Hallenbeck, who requested $1,500 to redesign the Rhizome logo.