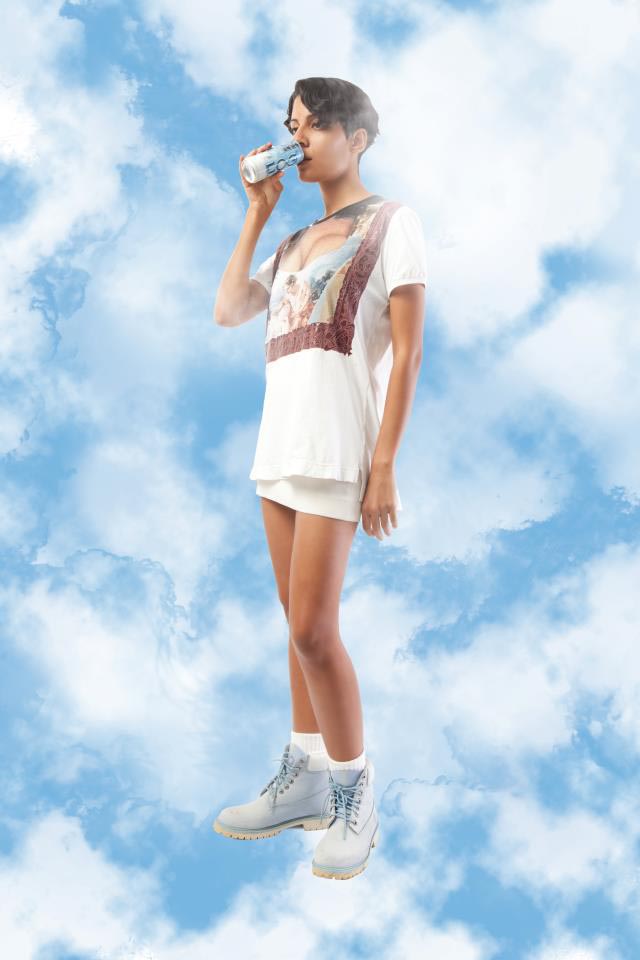 Fatima Al Qadiri. Google her, visit her website. As you enter her website, you are invited to take part in a simulation, or rather, fall prey to a prank. Sounds, images, and even programs appear as familiar yet somehow renewed appropriations of the Mac OS X desktop interface. As if you have stumbled upon a secret drive on your MacBook and entered a makeshift display, you’ll have to rummage through “files” and “folders” to find what you are looking for at your own peril. 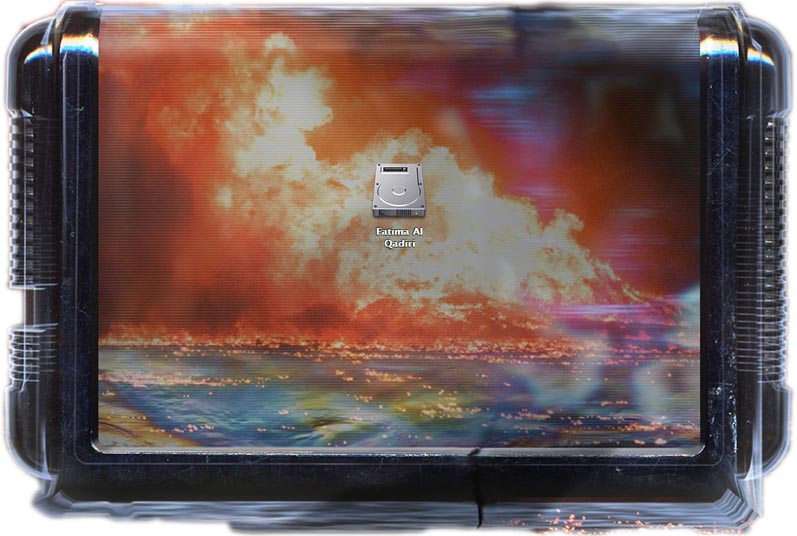 Image from http://fatimaalqadiri.com/ as it appeared at press time.

Brooklyn-based artist Fatima Al Qadiri works with a broad range of media, touching base with writing, composing, performance, and more. This year, Al Qadiri breaks ground on commissioned work for art fairs, taking on the Official Soundtrack of the Fair for Art Dubai, followed by a talk at The Armory Show, “On Commissioning Work in an Art Fair Context,” with Gianni Jetzer and Sarah McCrory, moderated by Sarah Douglas. In works such as the Official Soundtrack, Al Qadiri’s use of game beats—with which one may assume familiarity based on one’s practice of playing video games—reconfigure spaces through association with the landscapes, characters, jargon, activities, etc., within the game. Even for those “players” who lack any particular familiarity with Al Qadiri’s source material, the amalgam of unknown beats allows for real-time game participation—that is, with the occupying body as participant, or even as a character, in a virtually transformed space. On this note, Al Qadiri’s soundtracks are not mere backgrounds to a built environment. Rather, her compilations and mixes of familiar, often ubiquitous video game beats introduce a virtual dimension to the built environment, thereby proposing alternate definitions of its space.

Music video for the song “Vatican Vibes” from the EP Genre-Specific Xperience (2011). Directed by Tabor Robak (2011).

Al Qadiri’s EP release Desert Strike, October 2012, features five tracks that resonate with the Sega Mega Drive video game, Desert Strike: Return to the Gulf (1992). The game was released a year into the aftermath of the US-led Operation Desert Storm, which was surrounded by intense hype among the American audience in conjunction with new technologies and media strategies such as real-time streaming of war as never seen before.[1] Bringing forth a new way to reflect and re-flesh the "pathology of the game,"[2] Al Qadiri unleashes beats from video-(war-)games to aurally and visually unfold a new landscape of war—was it the video game or the live stream? In a way, Al Qadiri’s EP and the video of the track "Ghost Raid" reimagine the play of simulation and non-simulation. In reimagining this play, the soundtracks and videos function not only as algospasms to images of war, but also as portals into the sentiments, cellular memories, and shared practices that derive from video games of war. 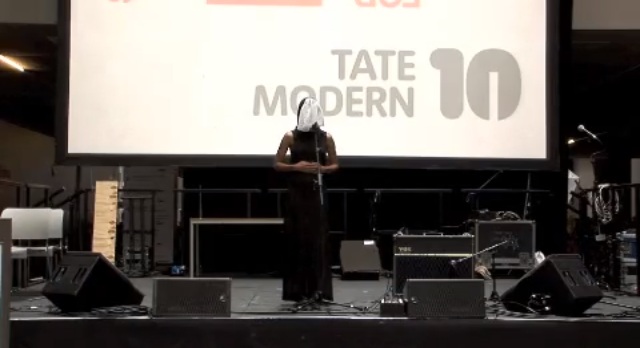 Still from video of performance Shaytan at Tate Modern, 2010

In an interview with Rhizome earlier this year, Al Qadiri discussed the thematics of her work in relation to the use of technology, invoking the following idea of sentiment: “The reason why people are referencing the popular technology of the fleeting past is because they want to commemorate its obsolescence. It’s a sentimental exercise, at the core.”[3] From simulation to imagination, from virtual realities to sentimental exercise, there is a sense of a serious-cheeky play on simulations and imaginations (futures and real sci-fi)—and I want more...

[1] For further reference on new media tactics during the Gulf War, Operation Desert Storm, and Virilio’s foresight into the development of the genre of  war games, refer: Virilio, Paul. "January 1991: Desert Storm." In Desert screen: war at the speed of light. New York: Continuum, 2005. 31-73.

[2] "Poorly adapted to the spirit of the times, the image of acts of courage would give way to a pathology of the game linked to the evaluation of the cost of arms and the material losses, as well as to the benefits that would ensue, as today, in Kuwait." From Virilio, "January 1991: Desert Storm."