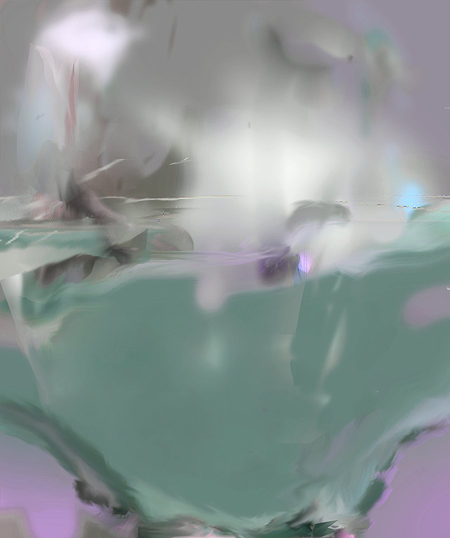 Your works show a very specific aesthetic sensibility that is in dialogue with 80s video games and computer-generated imagery that you achieve through animation. Could you please talk a little bit about your process, and especially what you look at and where your aesthetic influences come from?

I have two mentalities for producing work: passive and active.

The passive mentality usually comes about when I'm getting bored with the internet, late at night, and in need of something to entertain myself. I'll open up photoshop (or whatever) and start playing around in it as if it were a sandbox videogame. While playing photoshop, I have no concern for making things look a certain way—I'm only interested in seeing what interesting things the software can do, but not trying to make anything. After a while, if I feel like I've made any kind of progress, I'll save state, and X out.

The active mentality, on the other hand, is interested in resolving (passively created) saved states to be in agreement with a particular aesthetic. I'm no longer simply seeing what photoshop can do; I'm trying to find and share a reflection of myself.

My aesthetic is influenced by my interest in optical phenomena, Catholicism, and reading about other peoples' experiences with deliriants.

There is a strong sense of narrative in the works, especially in their titles, but also in the ones that feature a short text, like The Land Without Feelings. Are you interested in narrative as a form? Does that tie in to the decision to work mainly in animation or video?

How similar or dissimilar are the different online contexts in which you show your work, like State, Facebook, or Computers Club? Do you differentiate which work you show where, and if so, how?

Before I started creating work as Rene Abythe for Computers Club, I used YTMND as my primary outlet and incentive for creating. The site was ideal for me, because there were very specific constraints in which you could work, and the audience/feedback was extremely diverse. I initially had one account where I made many different kinds of work, but later created several accounts, each one intended to have a specific theme or aesthetic. I liked the idea of refining an account to have a certain type of feel, so work in a particular alt account could be viewed and interpreted in the overall context of the account itself. This is what I initially was interested in doing with "Rene Abythe" as alt.

After a while on YTMND, I started to lose interest in actively creating work for accounts which followed a particular aesthetic, and began exhaustively posting aesthetically unresolved work to an account which didn't really follow any specific theme. My experiences with the online contexts you mentioned are similar to my routine with YTMND: create an identity (Rene Abythe) and post to other peoples' sites (e.g. Computers Club, State) using an aesthetic specific to the alt. Although, I've haphazardly used "Rene Abythe" as author in instances (e.g. Facebook) which sometimes does not refine the aesthetic I originally envisioned.

While maintaining separate identities for various online outlets is consistently engaging, my interest in actively creating work for alts is off and on.

Do your works have an offline presence? How do you think they translate, or would translate, to a non-online context?

I have no interest in translating my site-specific Internet work to a context different than originally intended. If I were presented with an opportunity to work in a new context, I would start on something new entirely. 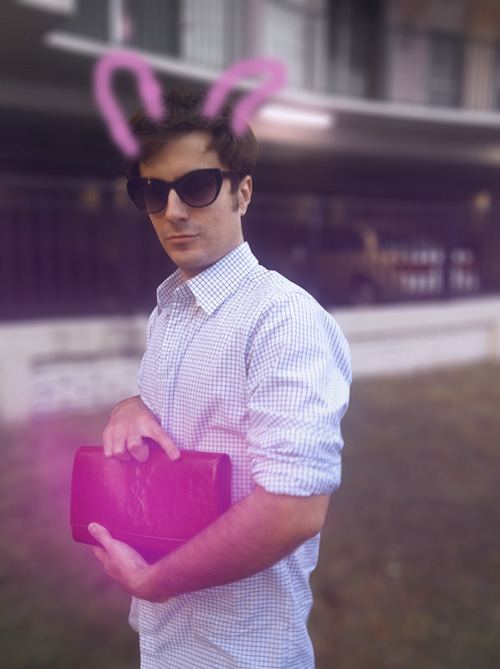 I approach any media using the process I mentioned earlier.

I don't really care about that right now.

It being called "new media" is a concern.

This is by far the best Artist Profile interview on Rhizome to date.