Again and Again
By Brian Droitcour 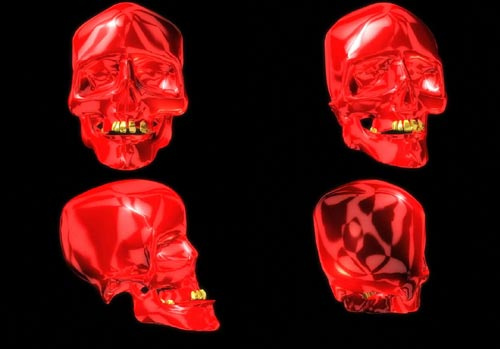 The loop is the unsteady cornerstone of contemporary technology, both a basic structure of computer code and the physical shape of reels of film and tape that continue to inform conceptual understanding of digital media. The loop is also a metaphor for time—a cycle that returns to the same disasters again and again—that opposes the sunnier notion of time as a river running forward. The Wheel of the Devil, a screening of video- and internet-based art presented by MTAA and critic Ed Halter, promises a dark reflection on those ideas, which they collapse in the formula “while (history) { history = true; }.” The Friday night program will feature loops by JODI, Rick Silva, Brody Condon, Jon Rafman, Deidre LaCarte, Michael Sarff, MTAA, Hayley A. Silverman, Mathwrath, Chris Coy, Michael Bell-Smith, jimpunk, and more. The first loop will be launched at 8, and the last will be cut off at 10.

Thanks for the promo :-)

This is a cool idea, but the conceptual comparison between a computer code while/if loop and the shape of a reel of film is a bit confounded. A reel of film is more like a spiral (nautilus) – a code loop is entered and will run forever until it is exited, unlike a finite coil of film. The commonality is that both will propagate information until there is no more information to be propagated.

you can tape up ends of film or tape, make a loop, and run through a projector or player.
the death of both analogue and digital loops are the loops of friction + power supply

Good times. Thanks to Ed and the artists.

Ed began the night by screening Bruce Conner’s Report (1963-1967) and Marilyn Times Five (1968-1973) as people entered into the space. He then spoke a bit on the history of the film loop from the 'Daedalum' (aka 'the wheel of the devil) or as it was later renamed 'Zoetrope' (aka 'wheel of life') to early porn loops. He then turned to the structural/ materialist approach to loops in which film is treated physically as a object (using tape to create a loop), editing looping sections into a film, and the act of reprinting sections of a film over and over to create a linear work that loops.
He showed as examples two 16mm works - George Landow ‘s "Film in Which There Appear…" 1965 and Malcolm Le Grice’s Berlin Horse from 1970 (single screen) with a looping Brain Eno soundtrack (think music box) and ended with a section of Jack Goldstein loops including “the Jump” 1979 show from DVD.

Tim then began the 17 digital works. He introduced each work with the artist name, the title of the work and the original format (and a note if it was translated from the original format for the screening). The rule was set up that each loop would run until a majority of the audience raised their hand to move to the next loop. Counter to what one might expect, each loop played for some time until people even began considering looking at the next.

Once Tim ran through the 17 works, he returned to the top of the list and began again. Some people left, some people stayed and the length of duration people looked at the work stayed about the same or in the case of a few works became even longer.

Two thoughts from doing this project

1. Work in translation is never the same. Goldstein’s loops on DVD from a digital projector are not the same as the film loops showing at the Met right now. I am thankful that translations occur as it allows more people to see the work and hopefully seek out source material.

2. Although we tend to think of loops both film and digital (and sound as well) as infinite, the act of perception always has a start and stop.

thanks for the recap!

More follow-up on this, we've posted links to most of the stuff we showed, enjoy!