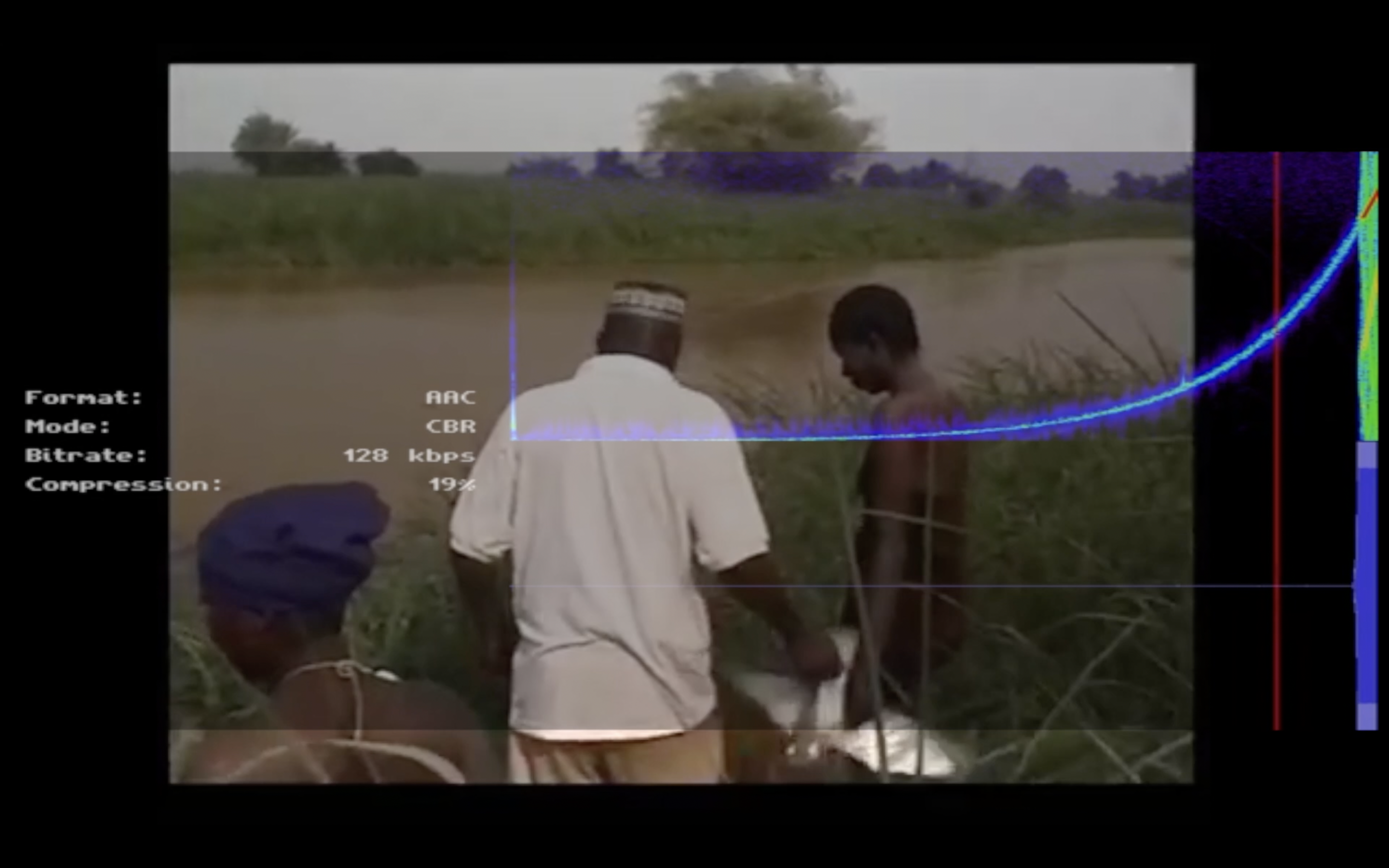 Rhizome is pleased to present Shirley Sound, an interactive audiovisual installation by Ryan C. Clarke which will premiere at Boiler Room Festival on September 10, 2021 at the Knockdown Center in New York. Tickets can be purchased here.

Shirley Sound is an interactive audio-video deep listening session that considers what is lost in Black music as a result of its digitization and compression.

Using a crossfader, listeners may alternate between, one one channel, uncompressed Black sound spanning 100 years; and on the other, the audio that is removed from these tracks when they are compressed using the MPEG-1 Audio Layer III (MP3) codec. Produced using the acoustic methodology of the late Ryan Patrick McGuire, Ph.D., the latter channel allows the listener to hear, in a sense, what the MP3 erases.

Shirley Sound draws its name from the white balance card used for decades in photography, which featured a portrait of a white woman nicknamed "Shirley"—a supposedly neutral baseline that introduced a non-neutral standardization bias into the field. Shirley Sound suggests that a similarly colonial bias was embedded in the MP3 codec, which was predominately resourced by a Swedish state radio archive and developed by German audio engineers. One "expert" listener, during a test session, described Ornette Coleman's music as "disgusting"—exemplifying the Eurocentrism of the process as a whole.

Shirley Sound allows for a personal meditation on the material racism rooted in a technology that has shaped our listening for decades—since the creation of Napster, Kazaa, and LimeWire—but that we rarely, if ever, approach with a critical ear.

This work is dedicated to the communities of the Gulf Coast, and their sounds. To support those in the region who were affected by Hurricane Ida, please join Rhizome in making a tax-deductible donation to the grassroots aid group Southern Solidarity.

The Rhizome Commissions Program is supported by Jerome Foundation, the New York City Department of Cultural Affairs in partnership with the City Council, and the New York State Council on the Arts with the support of Governor Kathy Hochul and the New York legislature.