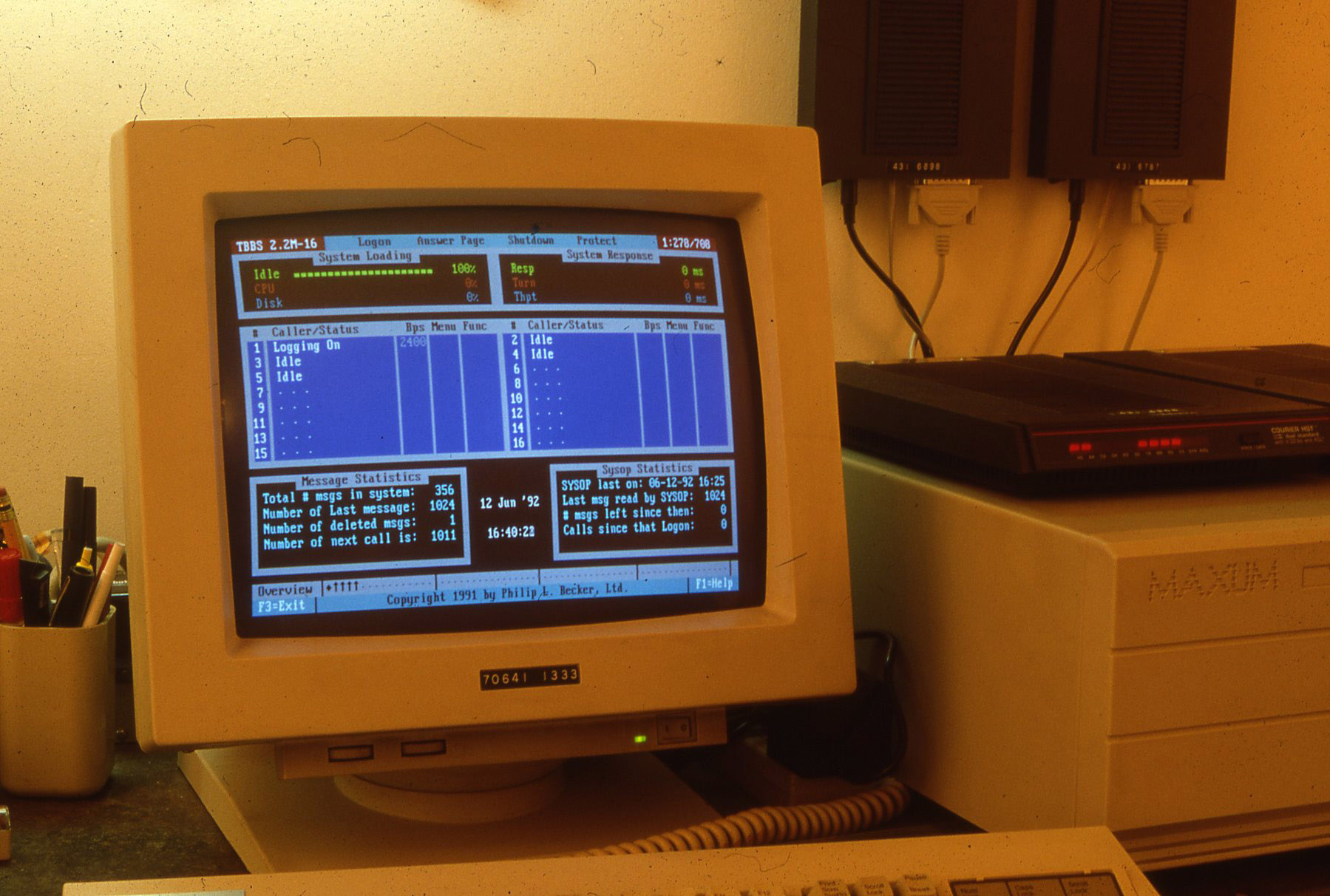 This event is organized to mark the launch of a restoration of The Thing BBS, which will be presented as part of First Look: New Art Online. The event follows an event exploring the community and cultural practices of The Thing BBS, on Tuesday, July 21 at 2pm.

To receive access instructions and a reminder, please RSVP here.

Founded in New York City in 1991, The Thing was a Bulletin Board System–a forum where users could post and exchange messages–focusing on contemporary art and cultural theory. Among the tens of thousands of BBSes that flourished from the late 1970s to the 1990s, The Thing was notable for its design and community dynamics. Considered by its founder Wolfgang Staehle to be a kind of social sculpture, The Thing included features such as an anonymized chatroom, and it was a hub for online experimental writing. This history is little known,because most of the messages posted on The Thing BBS have been lost or otherwise inaccessible for many years.

During his tenure as Rhizome’s digital conservator, Ben Fino-Radin began a research project to locate missing archives from The Thing BBS. He succeeded in securing a WordPerfect file containing a screen dump of more than 400 pages of messages saved by a hacker named Blackhawk, former sysadmin of The Thing. With the support of a grant from the National Endowment for the Humanities. Rhizome has undertaken a project to recover, make accessible, and study this material. This event marks the launch of a web-based interface to offer access to many of the recovered threads from this research process.

Following Tuesday’s event “Consensual Hallucinations: Early Online Writing from The Thing BBS Archives,” this event brings together Rhizome’s Preservation Director Dragan Espenschied, Rhizome Software Curator Lyndsey Moulds, and Ben Fino-Radin, director of Small Data Industries, for a conversation about the philosophical and practical questions that arose in process of offering access to the archives of The Thing BBS.