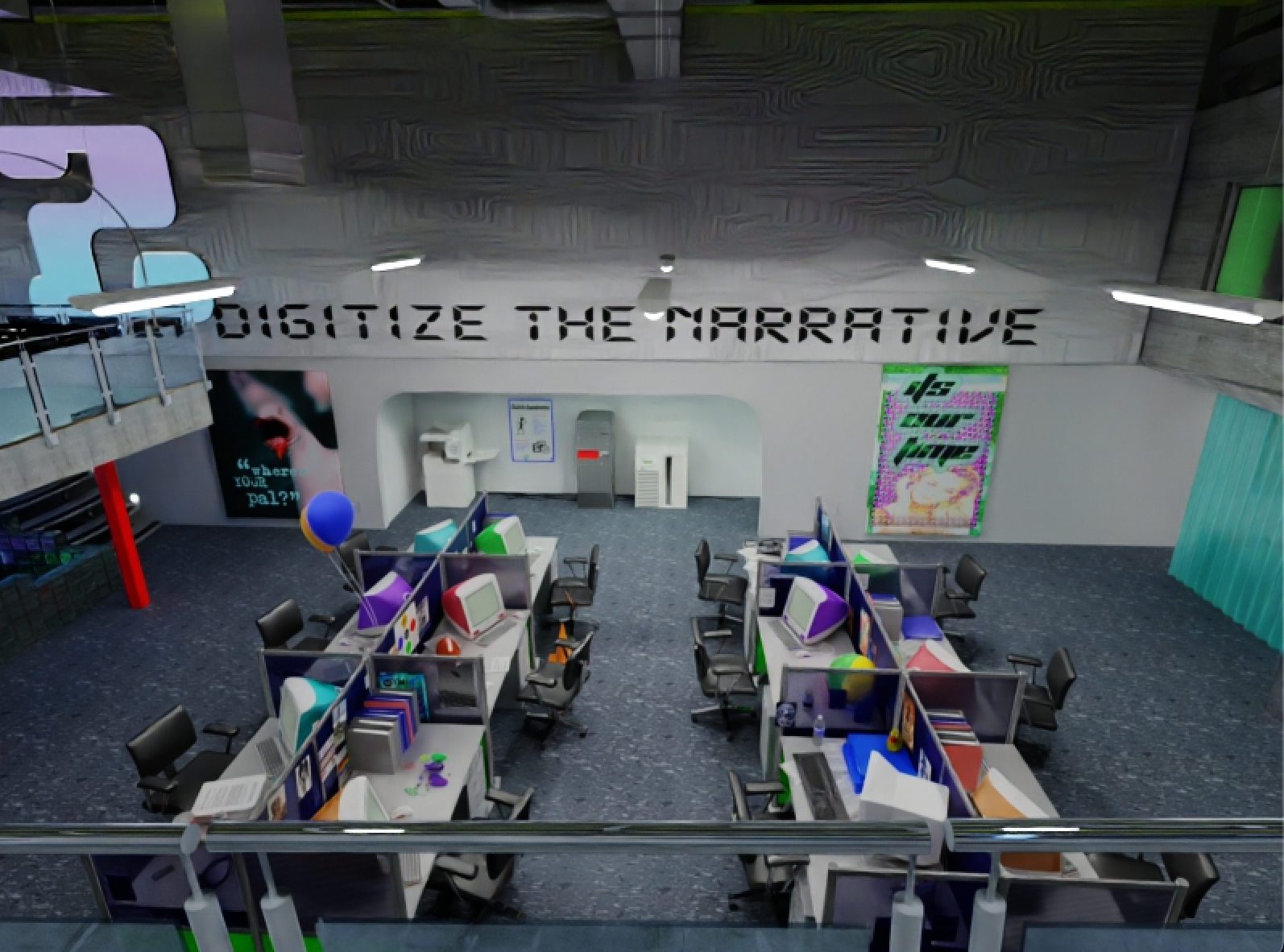 Mezzanine is a point-and-click computer game set at a multimedia dotcom startup named Zentropy on the eve of Y2K. In this event, the game's creators, Mitch Anzuoni and Peter Christian (Inpatient Interactive), will perform a live playthrough for the audience. They will accomplish mundane clerical tasks, explore the game’s richly detailed environments, and reveal Easter eggs, all while uncovering a deep conspiracy about intelligence agency investment in the internet. This event accompanies First Look: Mezzanine, the latest in the ongoing series of digital projects copresented by Rhizome and the New Museum.