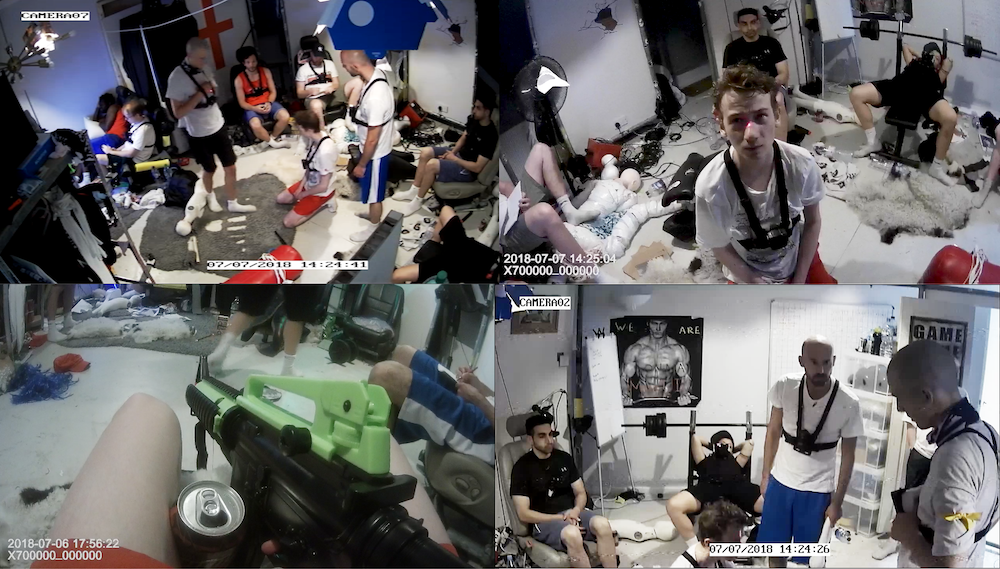 "Cel": A screening and conversation with artist Ed Fornieles

Please join Rhizome for a screening of artist Ed Fornieles’s Cel (2019) and clips from the accompanying Cel-Debrief, followed by a conversation with the artist moderated by Rhizome’s Aria Dean.

With Cel, Fornieles aims to explore the ideologies that influence aggressive expressions of masculinity and to provide an alternative, effective framework for their dismantling. It documents a seventy-two-hour immersive role-play performance in which ten participants navigate a fictional, embodied version of extremist online communities which are largely populated by white men.

Fornieles worked with LARP (live action role-play) designer Nina Runa Essendrop to develop a set of protocols that allowed participants to improvise and freely navigate the space as their character. In the first stage of Cel, the dynamic of this process was characterized by the rule “you must always have someone lower than yourself.” Creating a precarious environment in which no bond or connection could be enjoyed or relied on for too long. In the second half, this foundational piece of protocol was removed allowing for the processing of past experiences and the emergence of alternative patterns of behavior. Throughout, participants words and actions were recorded using CCTV and body cameras.

The group trained for weeks before entering the simulation and employed LARP techniques to protect their well-being. For instance, they used signals like the “ok symbol,” or safe words like "cut" or "break" to communicate their level of comfort with a particular action. They also debriefed after the event, captured in Cel–Debrief, to reflect on and process their recent immersive experience.