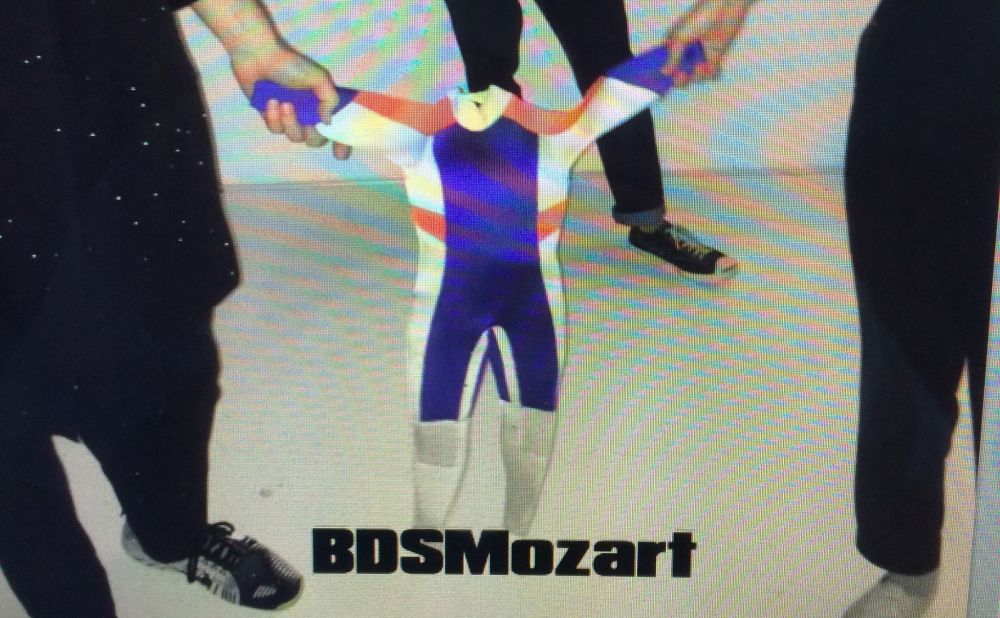 New York-based Cameron Soren and Melissa Sachs, who together collaborate as Body by Body, transform a historic SoHo loft into a stage for an opera in BDSMozart.

From his well-appointed apartment, bought at the just the right time, Mozart dreams of getting his troublesome, but ultimately lovable children into a good college like Bard, where they can learn how to behave, how to dress, and how to write poetry and literature. Cycling through Western middle-class cultural references, yuppie character types and scenarios, and melodramatic song and dance, BDSMozart reenacts history's curdled ideologies as passed through a gluttonous popular culture.

BDSMozart is commissioned by Rhizome, the leading organization supporting contemporary art engaged with digital culture, as part of Performa 15. With special thanks to Michael Kapsalis for his hospitality in providing his SoHo loft for this performance, and to Sozita Goudouna for organizing the venue.