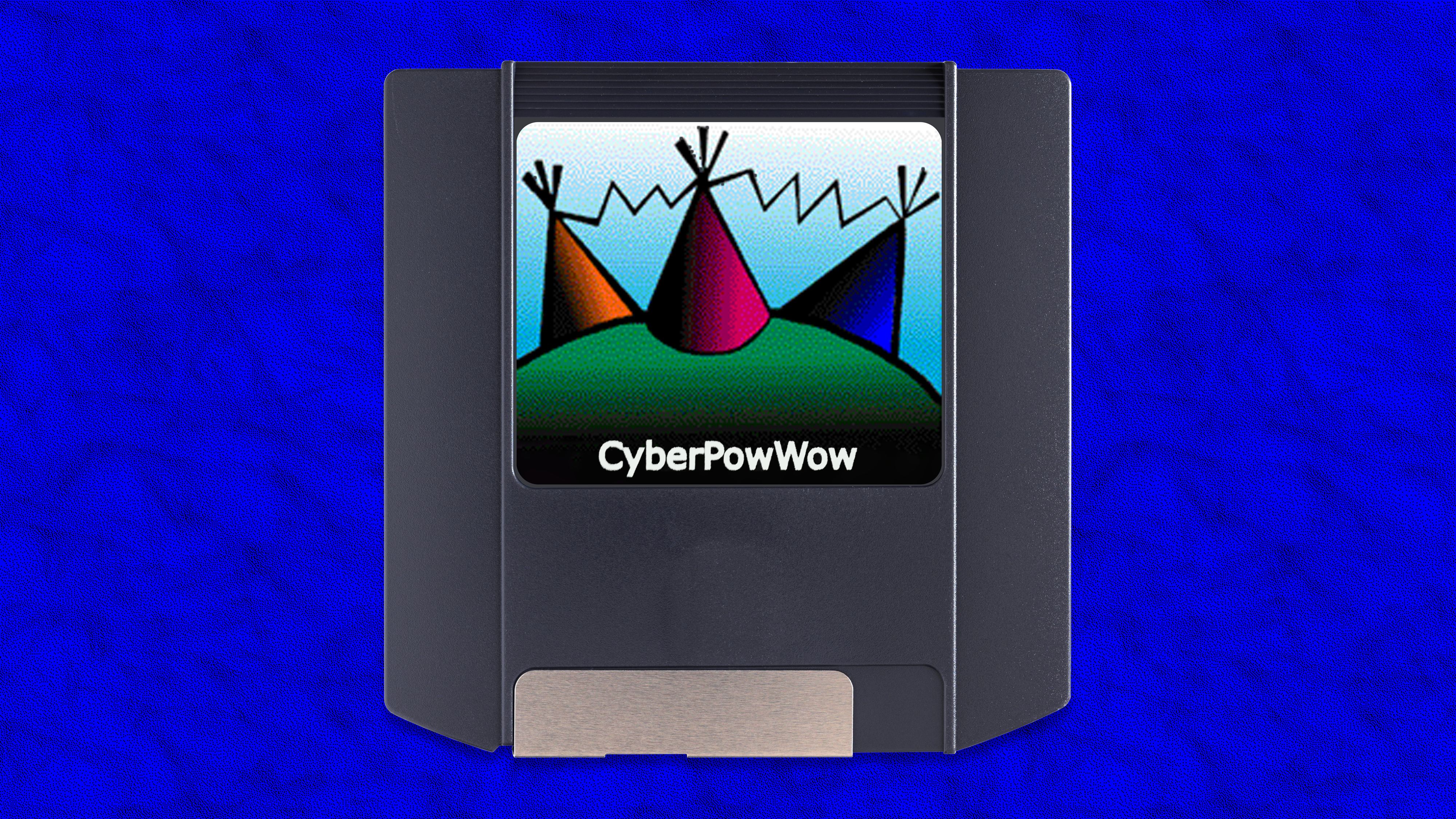 If you are unable to attend in person, the panel will be livestreamed. RSVP for a reminder and instructions.

SKAWENNATI makes art that addresses history, the future, and change from her perspective as an urban Kanien’kehá:ka (Mohawk) woman and as a cyberpunk avatar. Her early adoption of cyberspace as both a location and a medium for her practice has produced groundbreaking projects such as CyberPowWow and TimeTraveller™. She is best known for her machinimas—movies made in virtual environments—but also produces still images, textiles and sculpture.

Her works have been presented in Europe, Oceania, China and across North America in exhibitions such as “Uchronia I What if?”, in the HyperPavilion at the 57th Venice Biennale; “Now? Now!” at the Biennale of the Americas; and “Looking Forward (L’Avenir)” at the Montreal Biennale. They are included in the collections of the National Gallery of Canada and the Musée d'art contemporain de Montréal, among others. She was honored to receive the 2019 Salt Spring National Art Prize Jurors’ Choice Award, a 2020 Smithsonian Artist Research Fellowship and a Visiting Artist Fellowship at the Eccles Centre for American Studies at the British Library. She is represented by ELLEPHANT.

Born in Kahnawà:ke Mohawk Territory, Skawennati belongs to the Turtle clan. She holds a BFA from Concordia University in Montreal, where she resides.

JASON LEWIS is a digital media theorist, poet, and software designer. He founded Obx Laboratory for Experimental Media, where he conducts research/creation projects exploring computation as a creative and cultural material. Lewis is deeply committed to developing intriguing new forms of expression by working on conceptual, critical, creative and technical levels simultaneously. He is the University Research Chair in Computational Media and the Indigenous Future Imaginary as well as Professor of Computation Arts at Concordia University. Lewis was born and raised in northern California, and currently lives in Montreal.

MIKHEL PROULX researches contemporary art and network culture. He holds a PhD from the Department of Art History at Concordia University, and has other degrees in drawing, media design and art history. He researches queer and feminist studies, participatory art, network culture, and Indigenous and settler-colonial histories of Canada.

DRAGAN ESPENSCHIED is Preservation Director at Rhizome, stewarding ArtBase, a collection of more than 2200 works of digital art and net art. With a background in net activism, net art, and electronic music, Espenschied has mostly focused on infrastructure and field-wide action concerning web archiving, emulation, and linked open data, rather than singular artworks.

Rhizome's public programs are supported by the New York State Council on the Arts with the support of Governor Kathy Hochul and the New York legislature.