First Look: The Longest Whistlegraph Ever (so far)
It is seriously long!
By Celine Wong Katzman 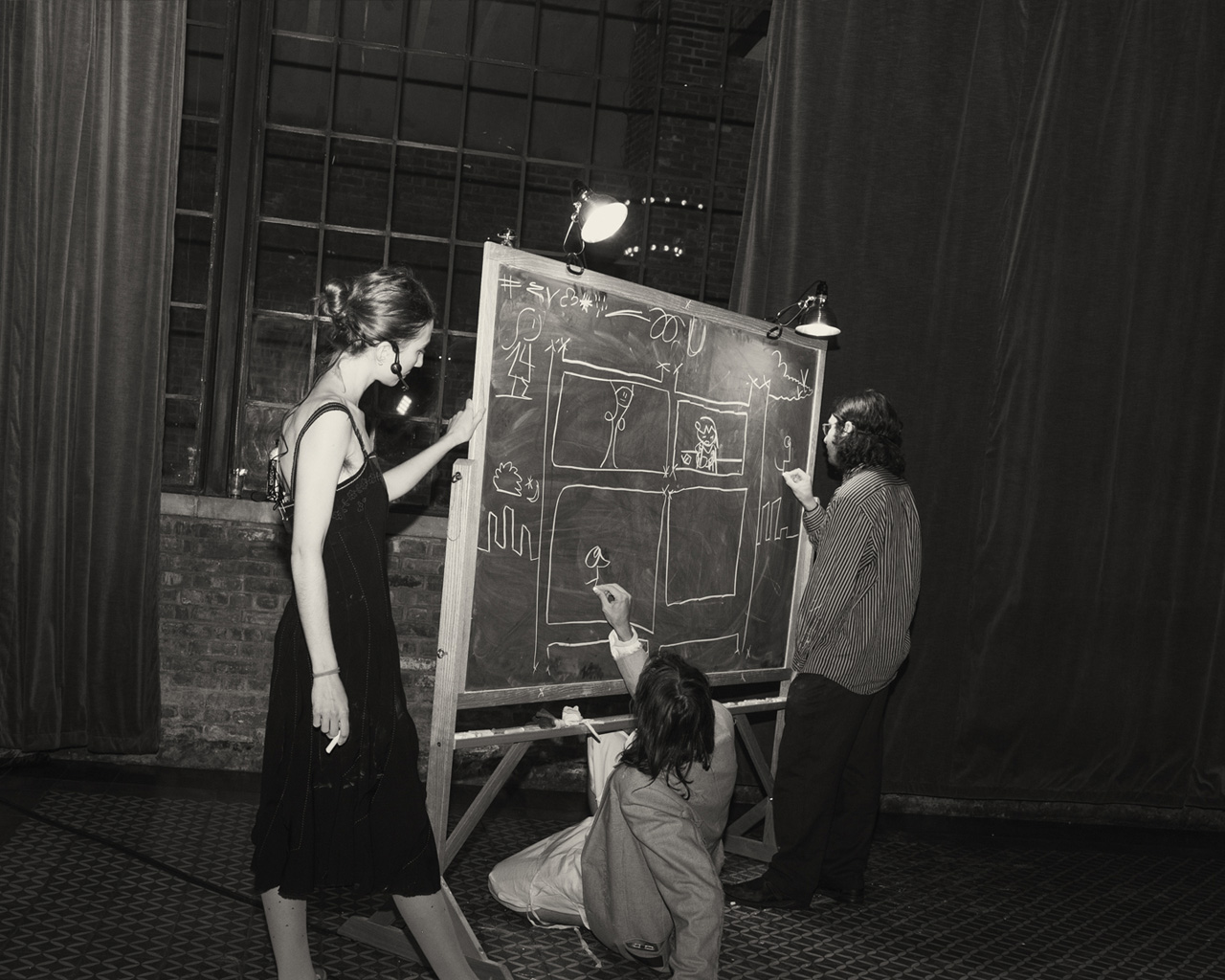 Commissioned by the New Museum’s digital art affiliate Rhizome, the new composition was performed at the museum in May. For First Look, the artists made video documentation of a subsequent performance in their studio, displayed alongside materials from their composition process including manuscripts, ephemera, and a final score for The Longest Whistlegraph Ever (so far). Whistlegraphs are audio-visual digital artworks performed manually by drawing and singing. Every whistlegraph results in a poetic image through the performance of a reproducible score.

Alex Freundlich, Camille Klein, and Jeffrey Scudder draw, sing, and make videos together as Whistlegraph. Whistlegraph formed during the pandemic in 2020 in a cabin in Ashland, Oregon, which remains their creative base. Over the past few years, they have honed a distinctive style and practice that speaks to embodied cognition, art education, and experimental composition for live performance. They regularly share their work on their TikTok account, @whistlegraph, where they have over 2.3 million followers.