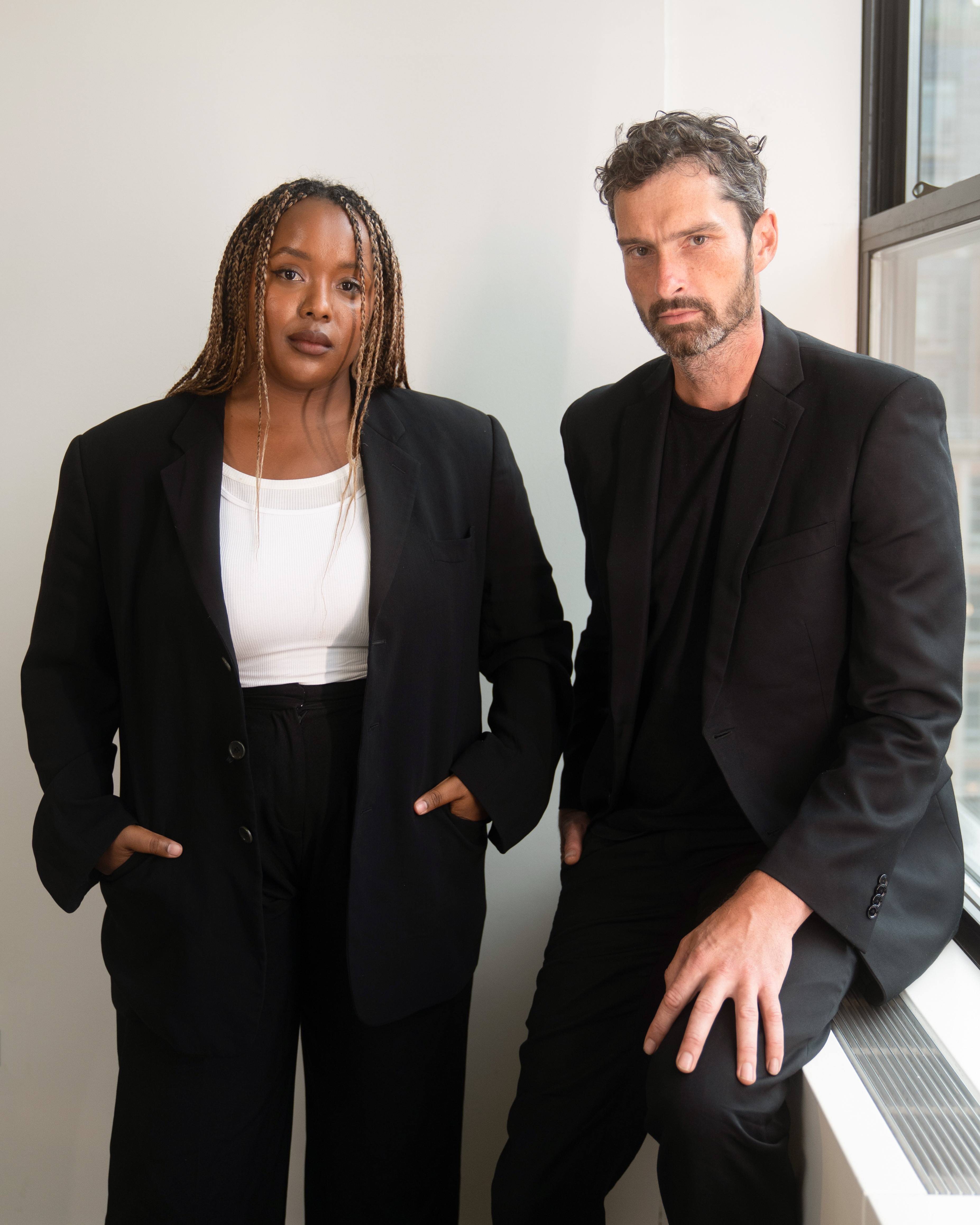 After an extensive international search, Makayla Bailey (formerly Development Director at Rhizome) and Michael Connor (formerly Artistic Director) have been newly appointed to the joint role of Co-Executive Directors of Rhizome, the premier digital arts organization in the country and affiliate of the New Museum.

Rhizome is the leading organization for digital art. Founded in 1996 by artist Mark Tribe, the 501c3 organization has been an independent affiliate of the New Museum of Contemporary Art since the early 2000s. Rhizome’s work includes public programs as well as new commissions, art/tech collaborations, and digital preservation, making the organization a unique bridge between the past and future of digital art. The majority of its programs have taken place online or in NYC, and Rhizome will be housed in the new OMA-designed expansion of the New Museum.

“This appointment marks a bold shift towards a joint leadership model at Rhizome, reflecting the organization’s egalitarian and collaborative ethos,” notes Rhizome Board Chair Greg Pass. “It also represents both continuity and change: Connor has been with Rhizome for almost ten years, while Bailey joined late last year. The model of shared leadership they bring provides a meaningful alternative to traditional ways of distributing power and influence within arts organizations.”

Bailey maintains a practice as a curator and writer, and has held positions at MoMA, LAXART, and The Studio Museum in Harlem. Her background in the museum world gives her a strong sense of the importance of curatorial stewardship. “As interest in the field of digital culture continues to expand following the recent NFT boom, there is a real need for curatorial perspectives on and an equitable historical accounting of digital art,” Bailey notes. “Rhizome is ideally positioned to provide this kind of framing for the field. It’s worth noting that we even had a hand in creating this moment; Kevin McCoy minted the first NFT artwork as part of a collaboration with Anil Dash at Rhizome’s 7x7 program in 2014.”

Connor began at Rhizome as Editor and Curator in 2013 and was appointed Artistic Director in 2015. His past work includes co-curating the Net Art Anthology initiative, which retold a history of net art through 100 works, resulting in an online exhibition, gallery exhibition, and book. “Over the last decade, Rhizome’s research has had an important impact on the direction of digital art and culture,” Connor notes, “Our aim now is to broaden our reach, and become more of a mature public institution—Makayla and I developed the motto ‘Going Public’ as a way of describing what we want to achieve. That includes more dialogue with our community, and it means putting tools, skills, and infrastructure into the hands of more people in the field.”

Lisa Phillips, Toby Devan Lewis Director of the New Museum, notes that, “The New Museum’s partnership with Rhizome has been a unique and successful model for how large and small institutions can work together. It’s allowed Rhizome to think about its role creatively, and it has done so, with incredible programs such as the 7x7 platform and its 2019 exhibition ‘The Art Happens Here.’ With this new chapter, Rhizome will have a stellar directorial team that is another unique model, and I feel it uniquely positions them to continue to grow their public and establish the organization in a dynamic field as we lead up to the opening of the New Museum expansion.”

In 2021 Rhizome relaunched its renowned ArtBase as a new kind of archive for born-digital art, based on Linked Open Data. The organization also received monumental support from both the Mellon Foundation Change Capital grant and a gift resulting from the sale of “Endless Nameless,” an NFT series by pioneering net artist Rafaël Rozendaal.

Rhizome champions born-digital art and culture through artist-centered programs that commission, present, and preserve art made with and through digital networks and tools. Online since 1996, the organization is an affiliate of the iconic New Museum in New York City. For more information, visit rhizome.org.

The New Museum is the only museum in New York City exclusively devoted to contemporary art. Founded in 1977, the New Museum is a center for exhibitions, information, and documentation about living artists from around the world. From its beginnings as a one-room office on Hudson Street to the inauguration of its first freestanding building on the Bowery designed by SANAA in 2007, the New Museum continues to be a place of experimentation and a hub of new art and new ideas.

Image description: 3/4 portrait of Makayla Bailey and Michael Connor at New Inc, wearing black suits and standing near a window in a white office environment on an overcast day.