The Power of Spreadsheets: Watch the Cyberfeminism Index Book Launch
By Kayla Drzewicki 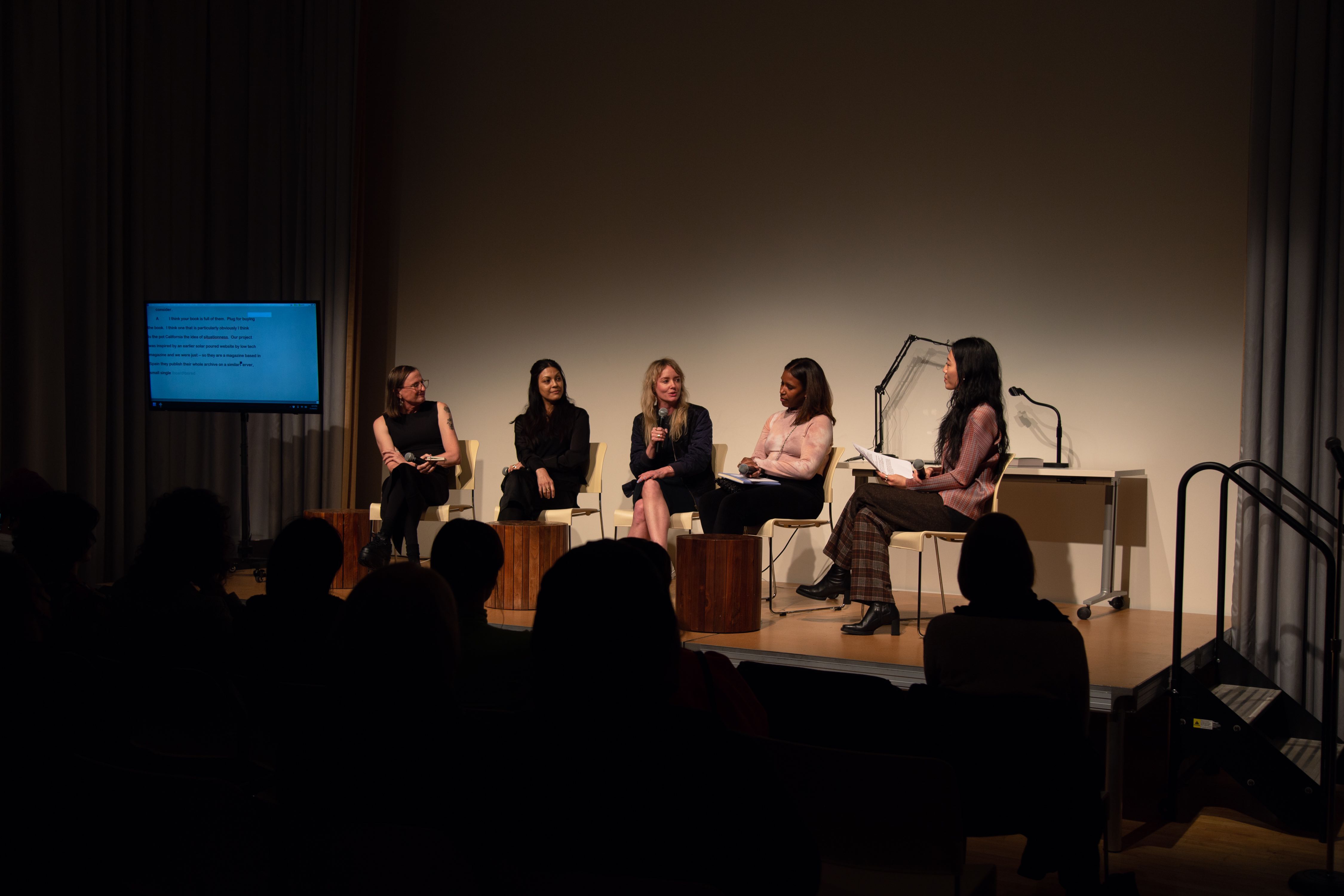 Documentation from The Cyberfeminism Index Book Launch at the New Museum is available online.

On November 14, 7 pm, Rhizome hosted the sold-out book launch for designer and editor Mindy Seu’s Cyberfeminism Index at the New Museum. The event began with a performative reading (featuring an AR component) of the “hypertext” book by Seu—it was a page-turner! Some memorable projects featured were Tabita Rezaire's Afro Cyber Resistance, Klau Kinky’s Anarcha, Lucy, Betsey, and Danielle Brathwaite-Shirley’s Black Trans Archive, to name a few.

Following the reading, panelists each gave a talk about their contributions to the book—Prema Murthy talked about her projects Bindigirl and Mythic Hybrid, Tega Brain discussed solar powered web servers, E. Jane reflected on MHYSA and being online in the club, and McKenzie Wark reminded us that tech companies are making money off of us everyday! There were lots of cool people in the audience—Tamiko Thiel (whose work Totem Project is in the book) even stopped by to express her admiration for the project. We learned about the power of spreadsheets, 3D printed speculum, slime consciousness, the origins of Skene’s gland, and that you can still pre-order the Cyberfeminism Index online.

The event was also livestreamed to an audience of over 100 people 😳 The Zoom chat was lively, with audience members trying to determine the most ‘cyberfeminist’ emojis (💚🌱❇️ were popular options). Rhizome Community Designer and moderator Briana Griffin held it down 👏.

Launched in 2020 with support from the Rhizome Commissions program, Cyberfeminism Index began as a website featuring projects in a wide range of modes and media relating expansively to the productively complicated portmanteau from which it drew its name. The website was conceptualized and facilitated by Seu, who also “gathered” the entries, and developed by Angeline Meitzler, with frontend support from Janine Rosen and PDF support from Charles Broskoski. Welcoming submissions from the public, the always-incomplete project featured links, descriptions, and images that represented a long history of experimentation with and critical thought about “how humans might reconstruct themselves by way of technology.”

Watch the Video below! 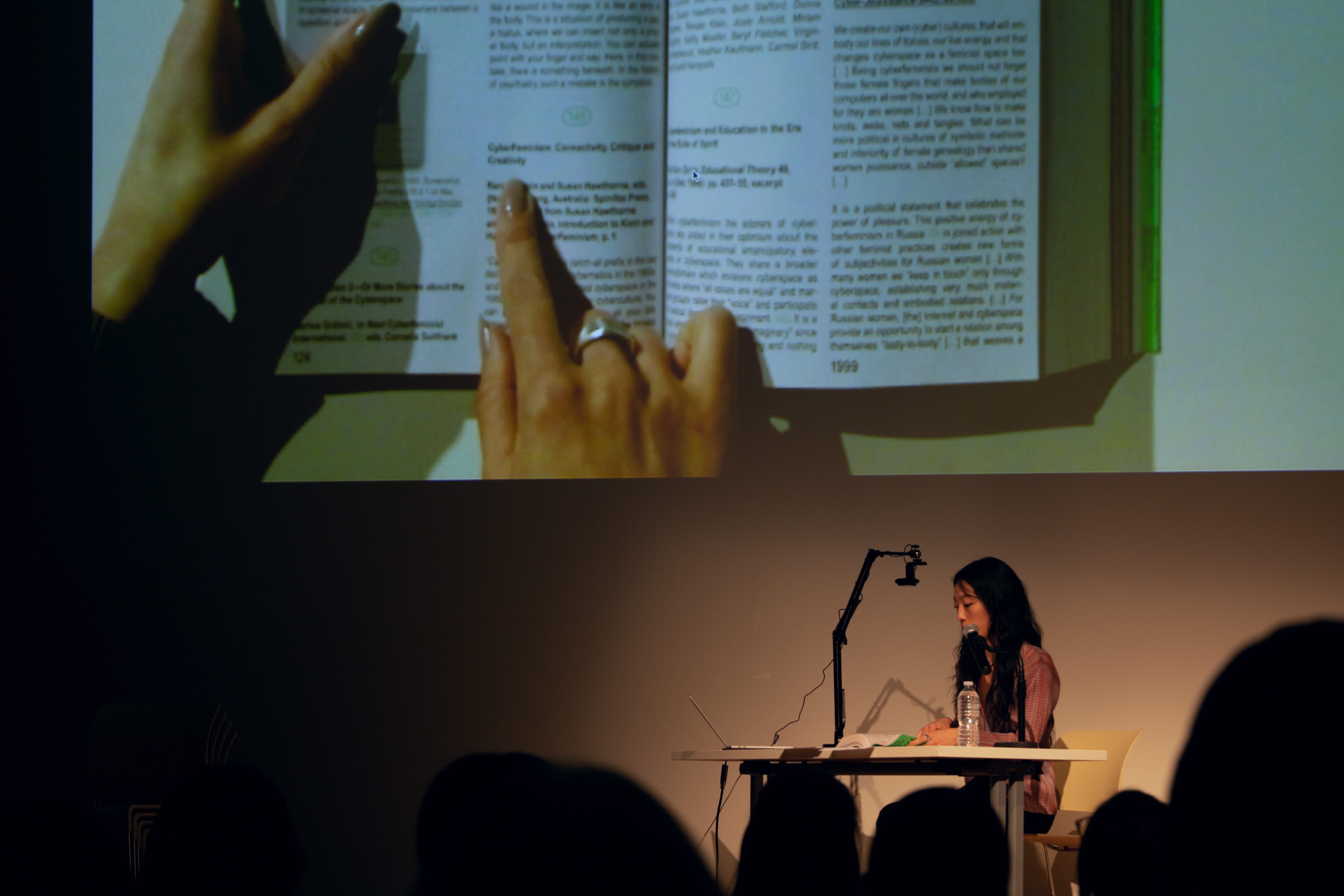 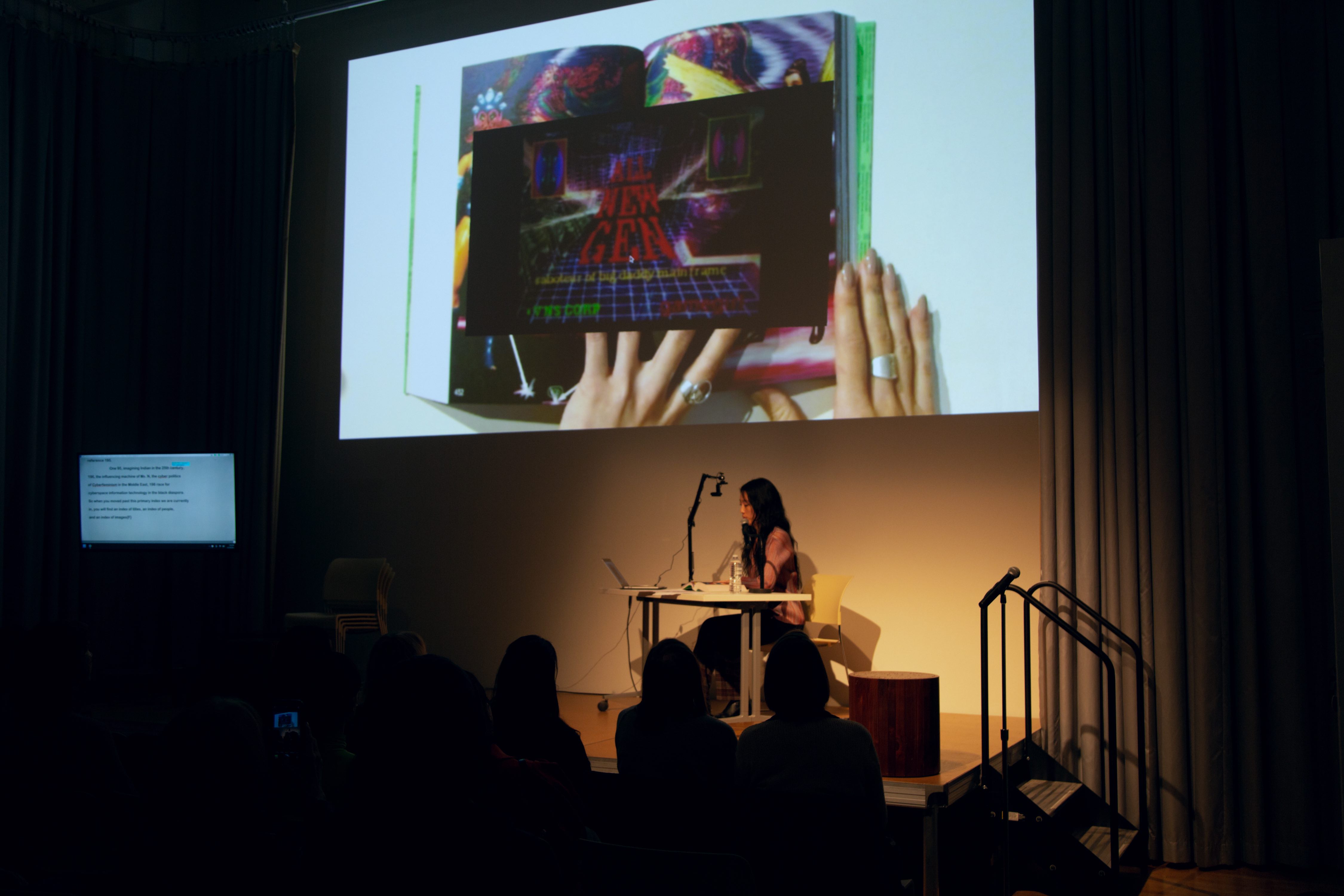 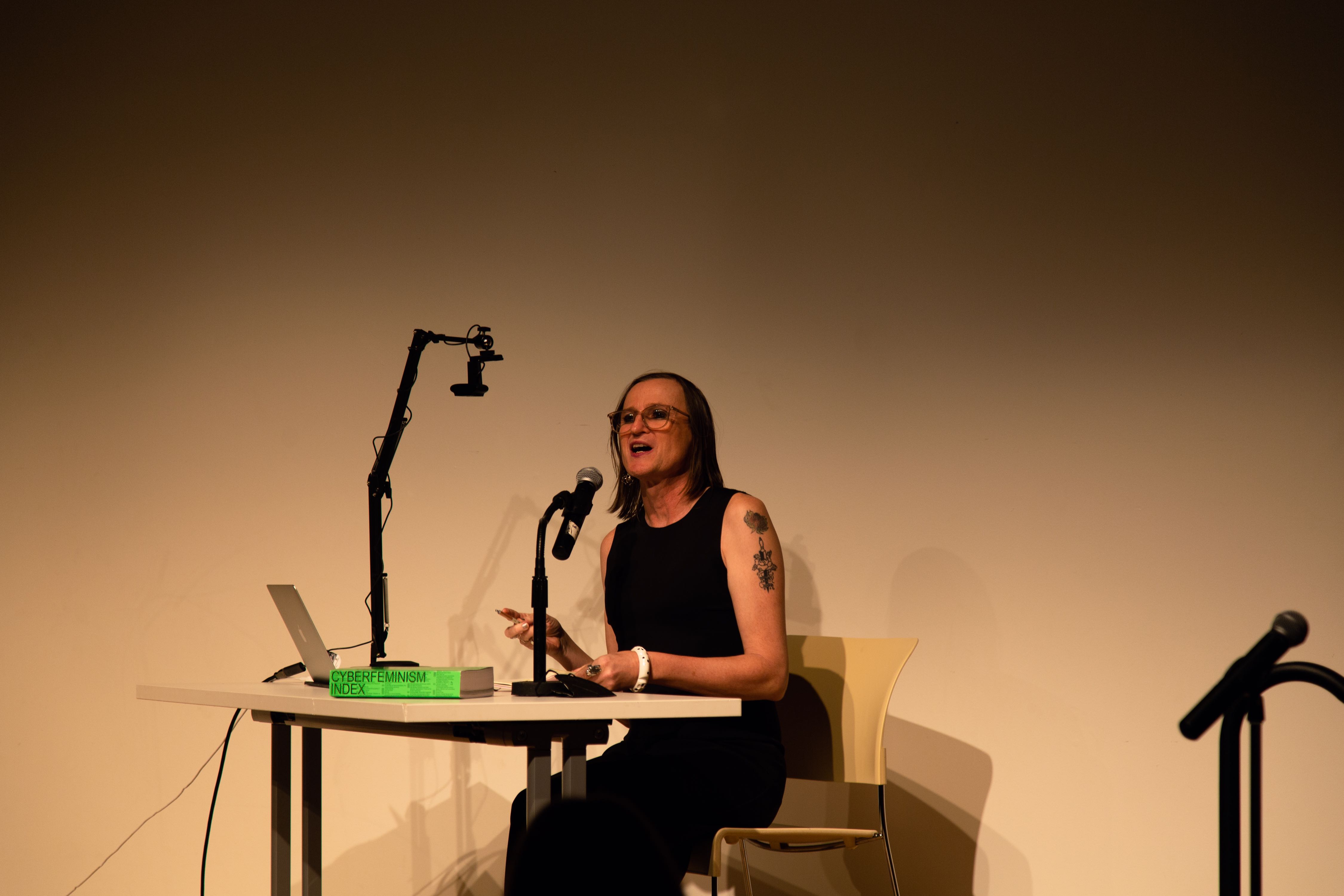 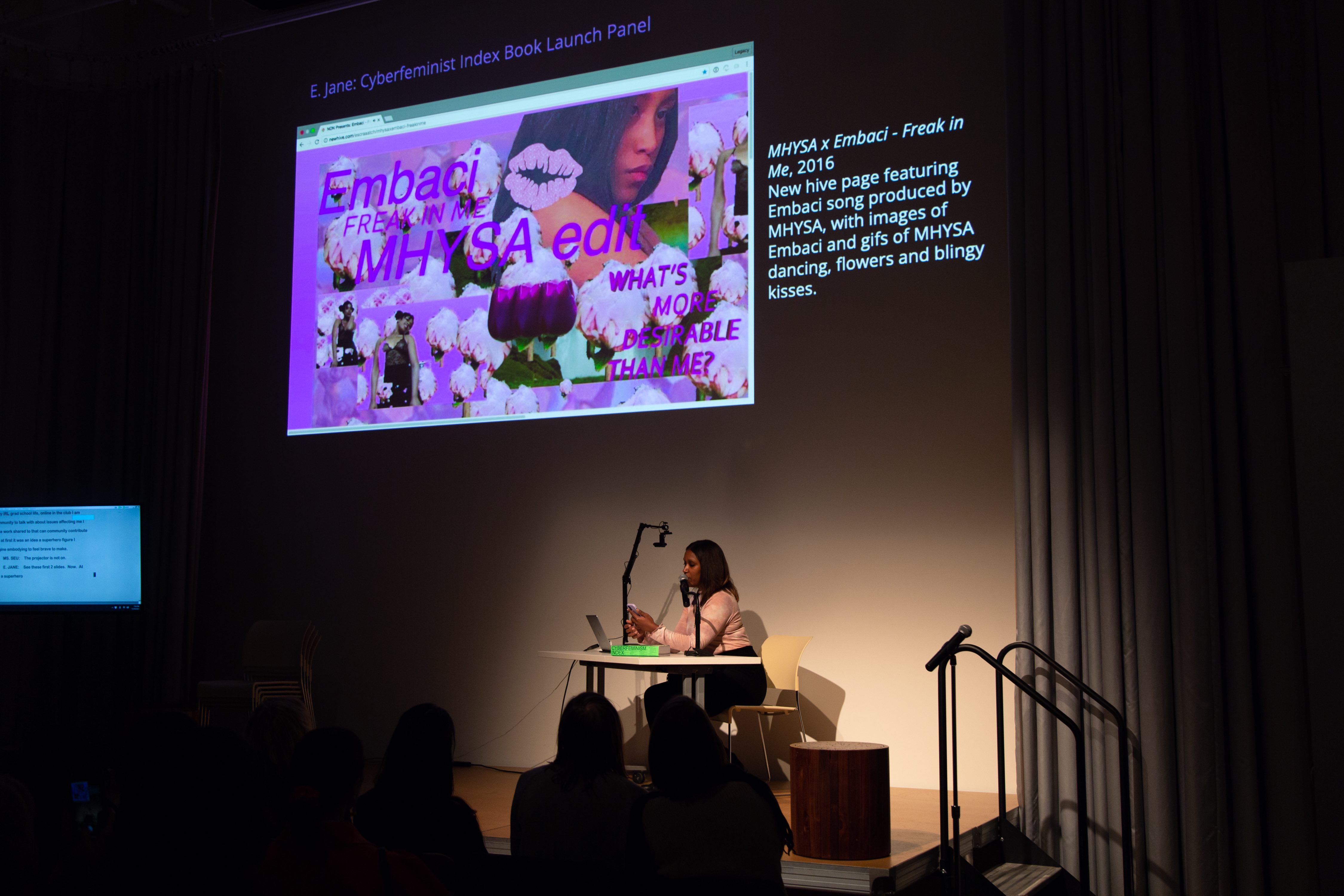 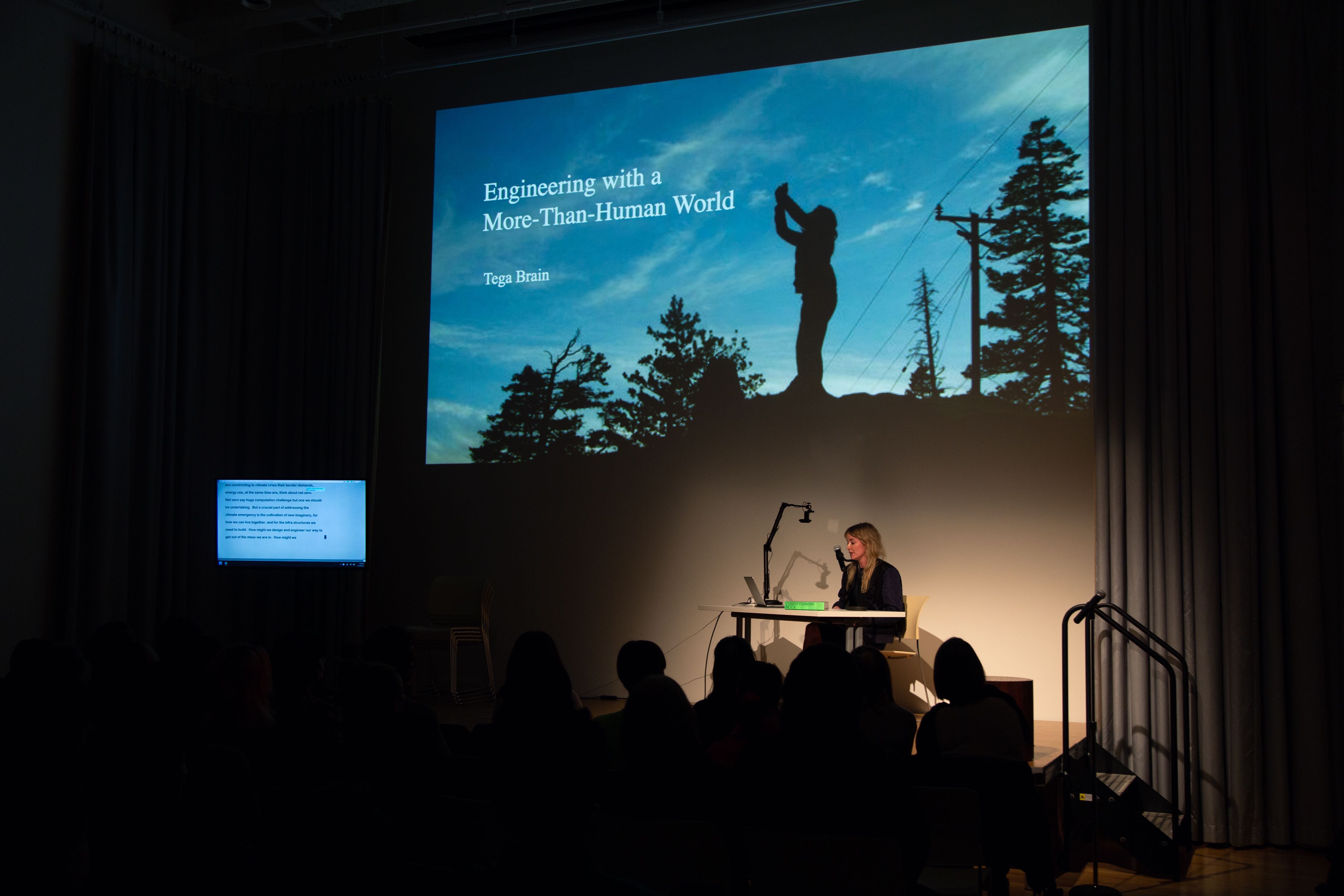 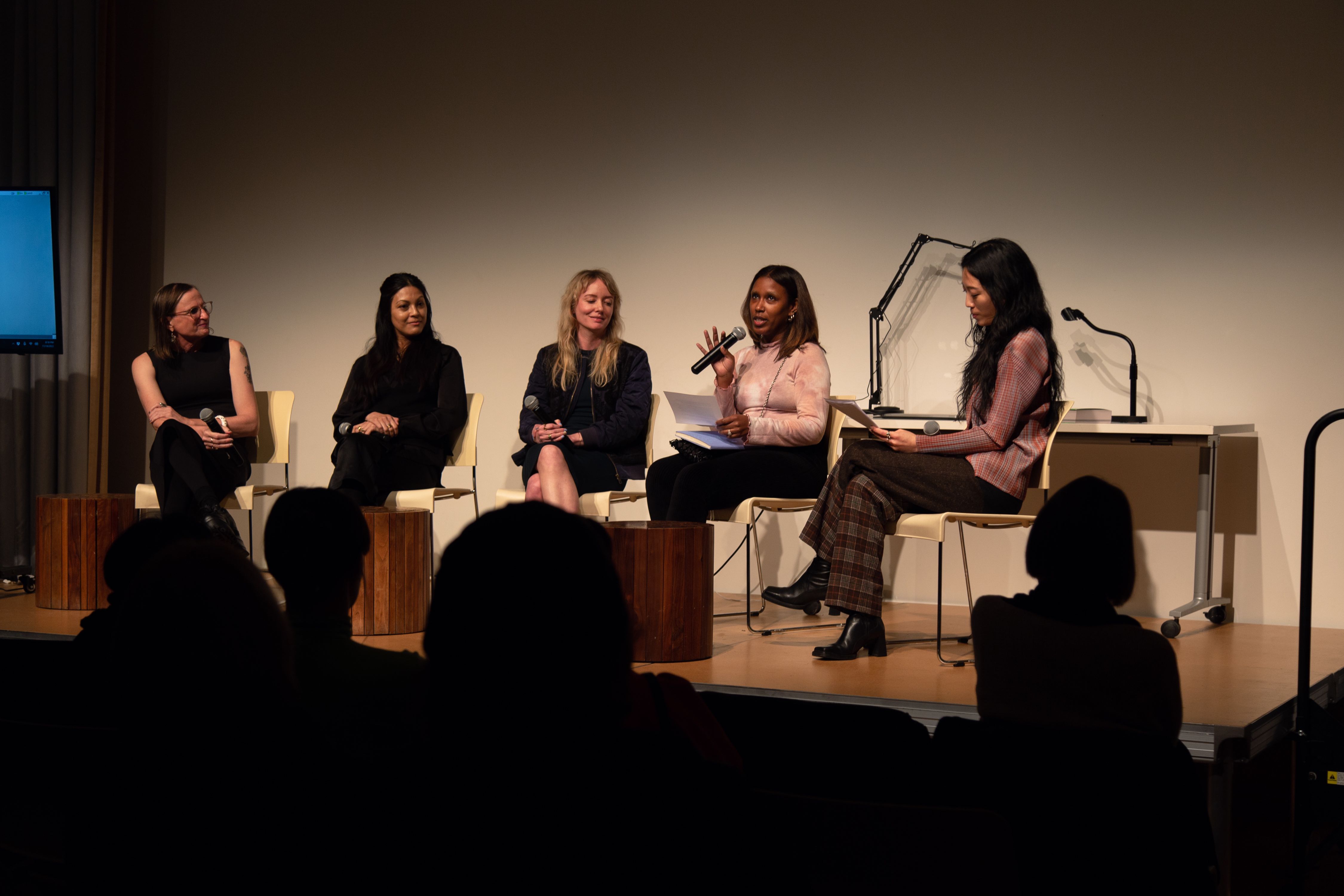