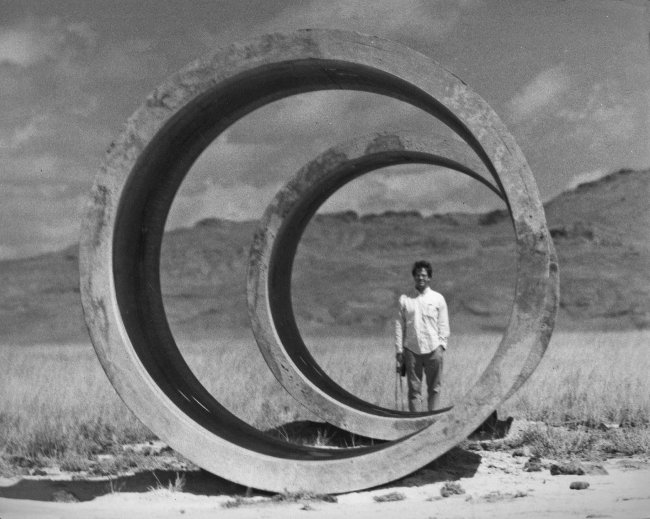 Gene McHugh looks back on the work and lasting influence of Tom Moody, musician, blogger, and artist, who tragically passed away last month as a result of COVID-related complications. We’re also sharing tributes and remembrances from Tom’s fellow artists in a separate post. We aim to continue supporting Tom’s memory through archival efforts, in conversation with his community and estate.

The net art world experienced a shock upon hearing the news of Tom Moody’s death on March 19, 2022. A painter, critic, musician, mentor, and friend to many, Moody’s omnipresent voice in the scene exerted a profound influence on its direction for more than two decades.

After moving to New York from Texas in 1995, Moody was active as a painter, curator, DJ, and Artforum critic, showing at galleries including Derek Eller and Uscha Pohl's UP&CO. When the dotcom crash arrived, such opportunities became more scarce, and Moody turned his attention increasingly to the internet, launching the blog that would cement his kinship with the burgeoning net art scene in 2001. At the height of his career, Moody seemed to be everywhere. His blog posts featuring his own paintings, GIFs, critical writings, and electronic music pieces were always being shared by artists, as were his polemical replies on Rhizome message boards, which at the time served as the rowdy town hall of new media discourse. Moody’s work regularly appeared in gallery shows and, when he wasn’t exhibiting, he frequented the openings of the New York net art scene. Finally, he posted, sometimes multiple times a day on Nasty Nets, Computers Club, dump.fm, and the other internet surf clubs of which he was an invited member.

Dispersed through all of these forms and channels, some artists may find their impact stretched thin. But not Moody. Scanning back over his career, one is struck by how broad and deep his influence was. Paul Slocum, Moody’s gallerist at And/Or Gallery, recalled how the artist set many trends that others would go on to follow years later, including launching his blog just two years after the start of Google, and selling digital editions of blog posts eight years before the first NFT. You can see in Slocum’s own net art timeline how relatively early Moody brought his work online, and how relatively long he continued working.

For artist Marisa Olson, Moody’s method of working “between online and offline media—creating drawings that became GIFs and vice versa” formed a cornerstone of the postinternet movement. As Olson puts it, “...while Tom never became as famous as some of the other younger artists that blew up when the gallery world co-opted the term, he was definitely influential in the formation of the concept, if not the early atmosphere around postinternet art.”

Moody used the term “molecular” to describe how the expanded field of art opened up by the internet allowed a work to simultaneously exist in multiple forms, online and off, and how the advanced artists of the time could play with this multiplicity of “nodes and edges.” The decentralized molecule was so central to Moody that it became his artistic signature, reappearing again and again through his work.

The other important framework that Moody brought to the table was a healthy cynicism around digital technologies. One of his most memorable gestures was to employ “abandonware” software like Microsoft Paintbrush (which was later replaced by Microsoft Paint) to create his work. Paintbrush came free with Windows 3.0 and stood as a signifier of the coming revolution in daily life to be led by the home computer. But, of course, by the time Moody began using the tool while working as an office temp in 1995, its effects already appeared pixel-y and primitive. Similarly, the subjects he chose to render were often cultural iconography such as the aforementioned molecular model, with its outmoded suggestion of a utopian “better living through chemistry” future. Meshed together, the takeaway of these gestures acts as a sort of cautionary tale of technological hubris. Just like the cutting edge of the past, the sleek, frictionless tomorrow these corporations promise will, inevitably, not be delivered as advertised, not solve your deeper problems, and not leave some groups behind in the name of progress. As Moody wrote in the opening of his artist statement, “I'm amused by the lingering rhetoric of futurism—the Buck Rogers, 'machines-will-change-our-lives' spieling—that continues to surround digital production in our society. The computer is a tool, not magic, and possesses its own tragicomic limitations as well as offering new means of expression and communication.”

Like Olson, artist Cory Arcangel notes that these theoretical ideas, among others, “...would become influential and provide a conceptual structure for several of the movements that emerged in the 00's—especially the (amazing) Surf Club scene.” However, Arcangel goes on, “That's not to say, he was on the sidelines as a critic and theorist. He was truly in the mix as an artist, and musician as well.”

Indeed, Moody’s approach to art and music, as much as his theoretical writing, was groundbreaking. Using his abandonware hardware and software, he figured out ways to put the native elements of the digital medium to work in the name of entirely new forms. Artist and musician Travis Hallenbeck recalled that Moody was obsessed with the “acid” category on the tracker music site Mazemod, and developed a complicated at-home studio with multiple custom-rigged PCs to produce his own take on that sound. As part of that work, he often created MIDI files using modular synths created from old video game hardware to strike a balance between familiarity (through their video game tinny-ness) and dissonance (in their radicalized tempos and compositional structures).

His digital painting achieves similar effects. The painter Michael Manning, who met Moody through the dump.fm GIF sharing platform, was powerfully influenced by Moody. He writes:

Tom’s approach to painting digitally was unlike anyone else. His practice was highly informed by his traditional training as a painter. This aesthetic and skill permeated each of his works, complemented by smudges, smears, hard lines, patterns and other graphic elements that were idiosyncratic to each program he used. He rendered blobs of matter spewing with limbs, masses, joints turning in on themselves with classical brushstrokes as if for concept art, then overlaid them with moiré shading or stamped brushes you’d only see in an open source graphic editor. His practice was perpetual, casual but not unserious.

The same can be said for what have emerged as his most well-remembered works: his GIFs. In the culture at large, GIFs—short looping animations with small file sizes that make them easy to share—are often associated with the instantaneity and disposability of a meme, not a work of serious art. But this very condition is of course what attracted Moody, who famously described them as “ubiquitous mini-cinema.”

Take Moody’s 2007 OptiDisc, one of his most popular works and perhaps the first GIF to ever be purchased as a work of art. At first glance, OptiDisc seems straightforward, maybe even underwhelming for being a celebrated artwork. Unlike the optically charged targets created by Modern art luminaries like Jasper Johns and Kenneth Noland, Moody’s GIF comes across as somewhat sad. Its red, blue, black, and white rings cycle up and down through the target to create a crude effect, like the optical illusions used by old time mesmerists to lull their patients into a hypnotic state. Adding to the crudeness is the fact of its pixelation and the unevenness of its cycling through the different colors gives everything a jerkiness. But this is Moody’s intention. As with his paintings of molecules created in Microsoft Paintbrush, he sought here to do two things at once: catch the viewer’s eye through sheer visual immediacy, while also undermining that very premise, demonstrating its fragility. The work was one of the standouts from Paddy Johnson’s seminal 2011 “Graphic Interchange Format” exhibition. In the accompanying text to that show, Johnson writes that OptiDisc’s “emotive qualities last only as long as Moody allows a reverence for technology – in Moody’s world modernism is only an afterimage, its spirit eventually replaced by mechanical functionality.”

Between Moody’s theoretical breakthroughs and developments in digital painting techniques, he left us as one of the most important net artists of his generation. But what perhaps stands out more than any of that was his generosity in mentoring dozens of young artists. In artist Petra Cortright’s remembrance of Moody, she puts it well:

Tom was a true artist's artist. He showed up for other people. He showed up for me early on. I wish I had had the chance to tell him that he really changed my life. He put important words on my work, he called it Art before I even knew what it was. He was an adult who took me seriously and I owe him a lot for that.

These stories of Moody’s selfless encouragement of others are common. Ryder Ripps, the founder of dump.fm and a prolific artist, recalled Moody’s enthusiasm for his projects, even when no one else was paying attention. Ripps writes, “Moody was the oldest active dump.fm user as well as the most knowledgeable/seasoned within past net art scenes/movements. He was the first person who took the platform seriously as an artwork in and of itself—understanding the context within art history.”

In addition to the fact that he paid them serious attention, one of the things many of these young artists responded to in Moody was his skeptical attitude toward the art world. At a time when more net artists than ever were receiving opportunities to exhibit and sell their work, Moody’s always-thoughtful commentary attacked pretension and art world groupthink, while celebrating punk authenticity and lo-fi individuality Michael Manning jokes that you could imagine Moody either laughing or cringing at the idea that he would one day be memorialized in a piece like this for Rhizome, a frequent target of his criticism.

Some of Moody’s more recent prints capture this punk attitude. In these works, Moody painted brick walls that double as art historical references to the modernist grid, and proceeded to cover them in layers of graffiti-like imagery rendered with the Microsoft Paint “spray paint” tool. This meeting of modern art and graffiti feels like a fitting description of Moody’s project: a cyberpunk street kid infiltrating the gates of the art world to overturn the conversation around painting for a postinternet age. 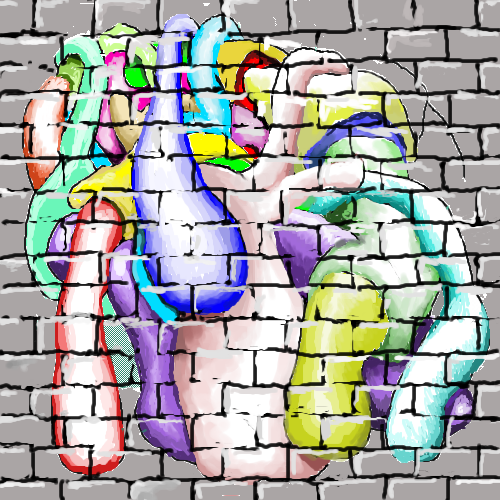 The extent to which he accomplished this is up for debate, but what is not is the fact that with his passing, the net art scene didn’t just lose a great artist and critic, but a guiding spirit. As Petra Cortright describes it, “Tom was part of the internet that was the good internet. An internet dedicated to sharing knowledge and culture and connecting people—and he did connect people. Many people met because of him. Many people made art because of him. His punk spirit is a loss to the world and I will miss him very much.”