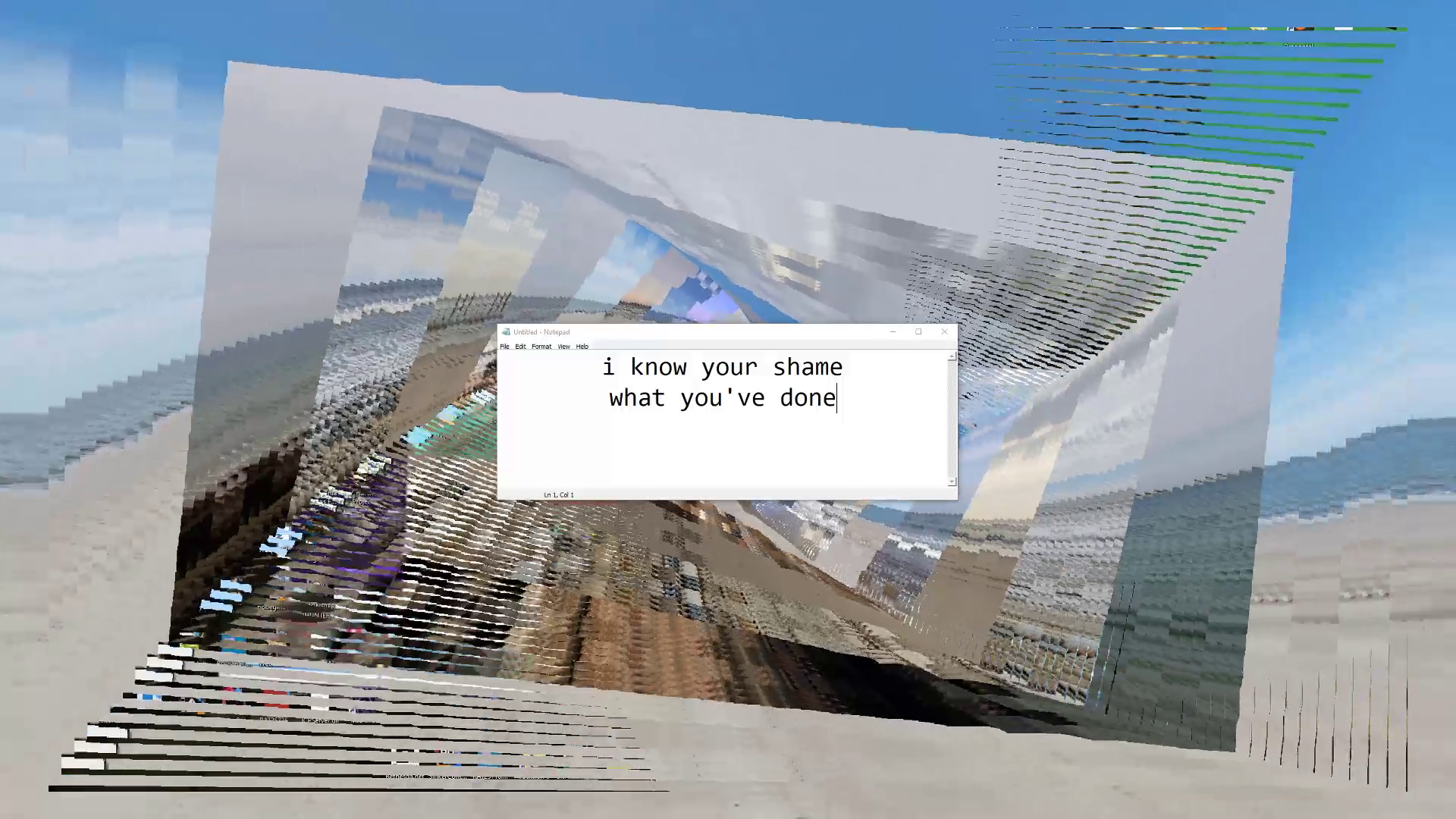 Rhizome has added fifteen artworks on the theme of “Executable Poetry” to the Rhizome ArtBase, our archive of more than 2000 born-digital artworks. Selected by a jury via a public open call, these artworks mark the first formal accessions since the relaunch of the ArtBase in April 2021.

The Executable Poetry theme invited submissions from artists who explore computation as a tool for poetic composition or decomposition, broadly defined. We received nearly 200 submissions which were reviewed by a jury consisting of myself, Allison Parrish, Ramsey Nasser, and manuel arturo abreu. The jury was asked to evaluate works based on artistic excellence (as they define it), relevance to the ArtBase collection, and adherence to the theme. After a careful deliberation process, fifteen works were selected.

Rhizome’s digital preservation team is now in the process of creating archival variants of each artwork, which can include dynamic web archives and containerized web servers. Entries for each work have also been created in the new ArtBase, which uses a groundbreaking Linked Open Data model for organizing knowledge about born-digital art. (More about Rhizome’s approach to preservation can be found on the Almanac resource website.)

Executable Poetry is the first of several group accessions made via open call which will expand the ArtBase archive to include new forms of practice, political subjectivities, and communities. The next open call theme will be announced in January 2022. To stay apprised of future open calls, make sure to sign up to our email newsletter, Rhizome News. "in:verse is a customizable programming language for creating visuals and animations by writing poetry. Offered via an online interface, the language allows a writer to associate words with variables and functions in order to create poems/programs that can be read and executed by human and machine, combining syntactic constraints with semantic freedom." "Sentaniz Nimerik is an electronic literature work, an example of digital storytelling and digital poetry in Haitian Creole, or Kreyòl, as the language is called in Haiti. The storytelling basis for this work is “Sentaniz,” a well-known story in Kreyòl by Haitian storyteller Maurice Sixto, who died in 1984, leaving us a collection of some 50 stories (“lodyans”).  In Sentaniz Nimerik, Sixto’s story is retold in two parallel versions which are automatically generated via new framing statements by BIC, using JavaScript to omit different lines at random from a precompiled list." 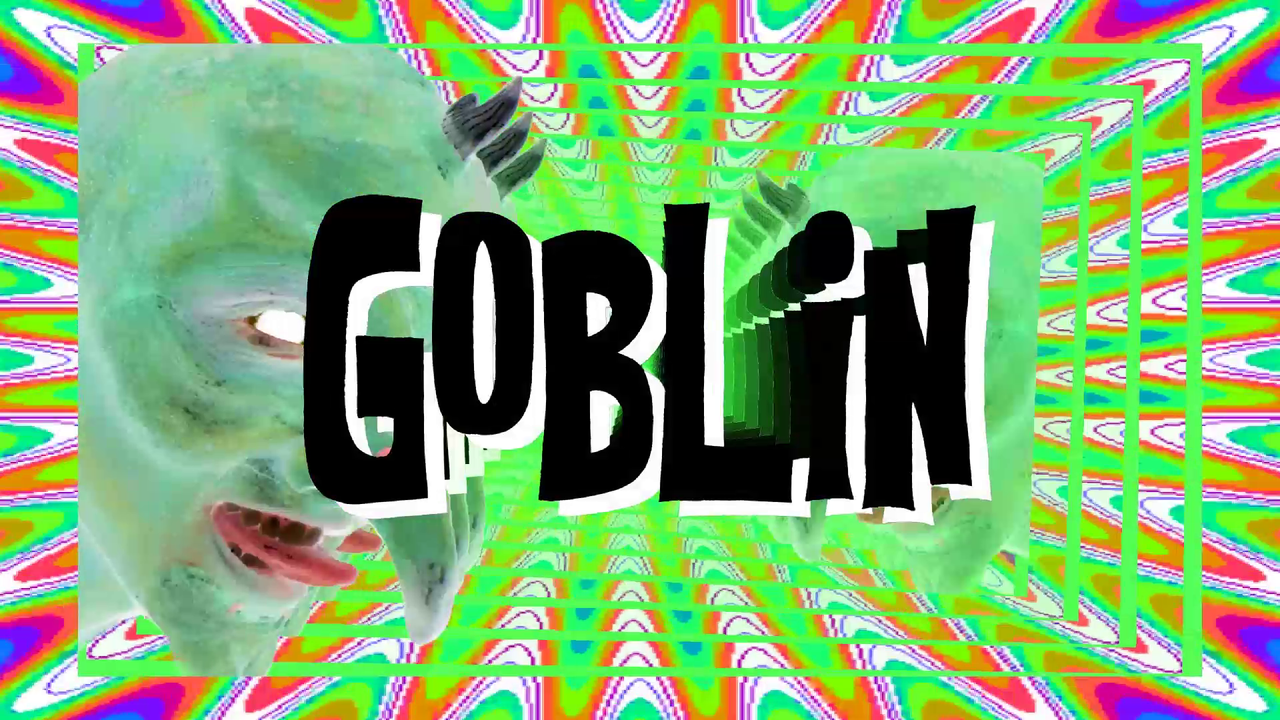 GOBLIN.exe is software that uses real malware techniques to take over the user’s desktop temporarily, only to delete itself upon completion, minutes later. A desktop poem, or a one-act desktop play, the work choreographs built-in elements of the Windows operating system—including Notepad, error messages, and the command line interface—to tell a story of privacy, the nature of time and memory, and reconciliation with the unstoppable waxing and waning of interpersonal relationships." "In March 2020, when most of the country stopped, the marketing emails kept coming. In this time capsule from the first months of the Covid-19 lockdown in the U.S., a series of AI-generated emails—trained on the corpus of increasingly frantic communications in my inbox—become a meditation on labor, corporate language, and the narrative ruptures of late stage capitalism." "Gijichon refers to the camptowns that have surrounded U.S. military bases in South Korea since the Korean War (1950–1953), which have also been the sites of institutionalized prostitution for American soldiers. Gijichon Catching Collecting Fragments threads together written text (narrative poem), visual text (images of gijichon), and spoken text (academic research) to create a polyphonic portrait of gijichon, demonstrating the apparent fragmentedness and elusiveness of that history." "News from Home Screen was created shortly after my move to New York, in a period of loneliness and primarily screen-mediated intimacy. Chantal Akerman's 1977 film News from Home, where the filmmaker reads letters from her mother over long, static takes drawn from her own early days in New York, brought me great comfort during this time. As a homage, I trained a Markov chain to automatically generate letters from my mom, pairing them with Akerman's visuals—screen-captured in a desktop window—to generate an intimate and algorithmically-assisted reserve of loving digital dispatches." Adriana Knouf, On your wrist is the universe, 2016

"Built upon the Pebble smartwatch platform, On your wrist is the universe is a suite of poems that uses real-time information about satellites, rocket bodies, planets, and stars as the basis for  generative poetry. Offering a tangible translation between our bodies and otherworldly bodies, the project highlights the possibilities of electronic poetry worn on the surface of the skin, available for short glances at any moment." "This project comprises a branching sequence of 92 HTML tables. It is the second entry in a three-part web series commissioned by Art Journal Open that addresses the broader ways in which publishing content online requires submitting to the politics inherent to its design protocol. Tables of Content renders the content of the first entry in the series, 'In Submission,' an essay about internet content, white space, and whiteness." Nathalie Lawhead, Everything is going to be OK, 2018

"Everything is going to be OK is an interactive zine containing a labyrinth of vignettes, poetry, strange fever dream games, and broken digital spaces. This profoundly personal, yet relatable, collection is a commentary on struggle and coping with the aftermath of surviving bad things." Featuring compositions of text, ASCII art, photography, processed memes, found symbols, and digital drawings, this interactive visual poem requires the user to navigate via trial and error, looping back before uncovering new pathways. Clashes of meaning and aesthetic dramatize the flattening effects of network culture, the impossibility of establishing a shared frame of reference, and the longing to connect. "WestHollywood is a tribute to the early internet and its infrastructure, which helped give rise to new forms of community. The work is based on some 9000 archived pages from the GeoCities neighborhood with the same name, the queer quarter of the widely popular web hosting service. All text in WestHollywood is generated through a language model trained on these pages, recreating the sense of honesty and liberty these (safe) spaces provided in the early www heydays. "SURFACE / BELLY is a web-based multimedia hyperlink poem. Reflexively composed text brings the reader between the surface and depths of the narrative, poetically exploring interiors and exteriors." "FatFinger is a JavaScript (JS) library expanding the programming language to allow typos and misspellings as valid code. While human readers have a high tolerance for elision (for the swapping of letters or missing symbols), programming languages have no tolerance for this type of error. FatFinger encourages a looser way of thinking, pushing back against the compulsiveness of code." "elegies in graphene is a sequence of 26 poems, each containing 13 lines of 17 characters each. The poems are displayed in a lattice pattern, with each letter set off using linguistic notation for graphemes. The reader must navigate the letters with the mouse to reveal words and lines and to construct/deconstruct/discover the meaning of the poems via interaction." Movement is Life is one work from Wildman’s series of code poems, which consist of short animations generated by computer code that are composed with a literary value in mind. The artist reads a poetic interpretation of each program alongside its visual output.