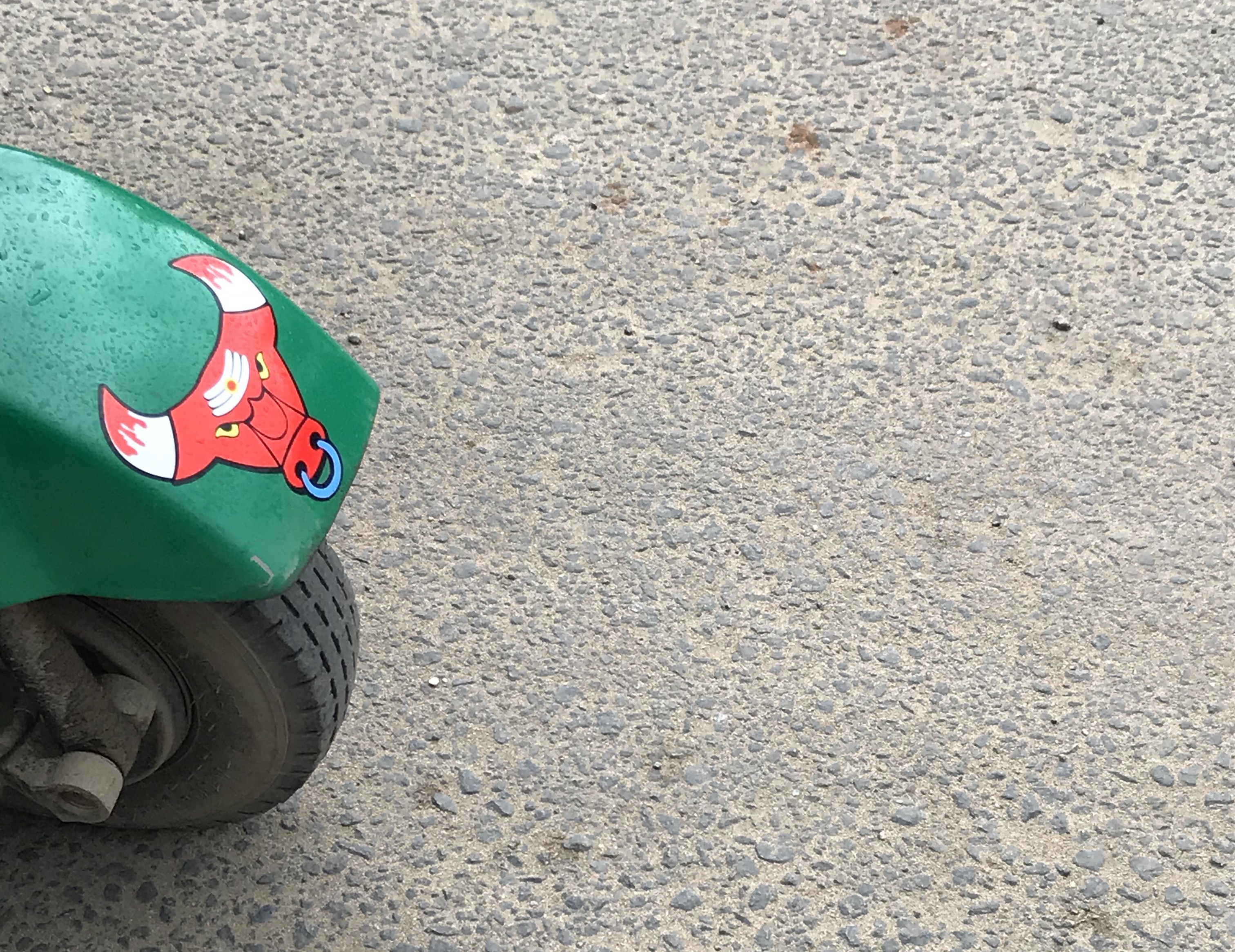 This text accompanies the exhibition of M.K. Stickers as part of First Look, the ongoing series of digital projects co-curated and copresented by Rhizome and the New Museum. M.K. Stickers, a micro-archival project by Nihaal Faizal, presents digitized samples of all mass-produced automobile stickers available for purchase at M.K.Stickers, a sticker wholesaler in Bangalore, India, on October 17, 2020. View the project here.

An enduring form of urban and visual culture in the city, automobile stickers are representative of a wide range of relations. They mark personal and cultural identity; announce social and economic aspirations; symbolize romantic and familial desire; become means of decoration and adornment; and index community, political, and religious power. Proudly displayed by vehicle owners in Bangalore and beyond, these stickers occupy a site that is both private and public—expressing identity and marking personal property, while also messaging anxieties, affiliations, longings, and ambitions to a wider public.

In this presentation, the stickers are retained within their store-bought packaging, highlighting the transitory phase between the stickers’ centers of production and the eventual sites of their intended vehicular displays. As a result, other peripheral elements also emerge into view—the labels of the companies that produce them, the improvised plastic wrappings in which they are held, and the dust that accumulates on the older stock (diligently marking shifts in tastes and trends). Purchased on a single day—a typical mid-week working day—the collection archives a specific slice of time, one that allows us to glimpse the shifting demographic and visual trends that are essential to the identity of the city in that particular moment. 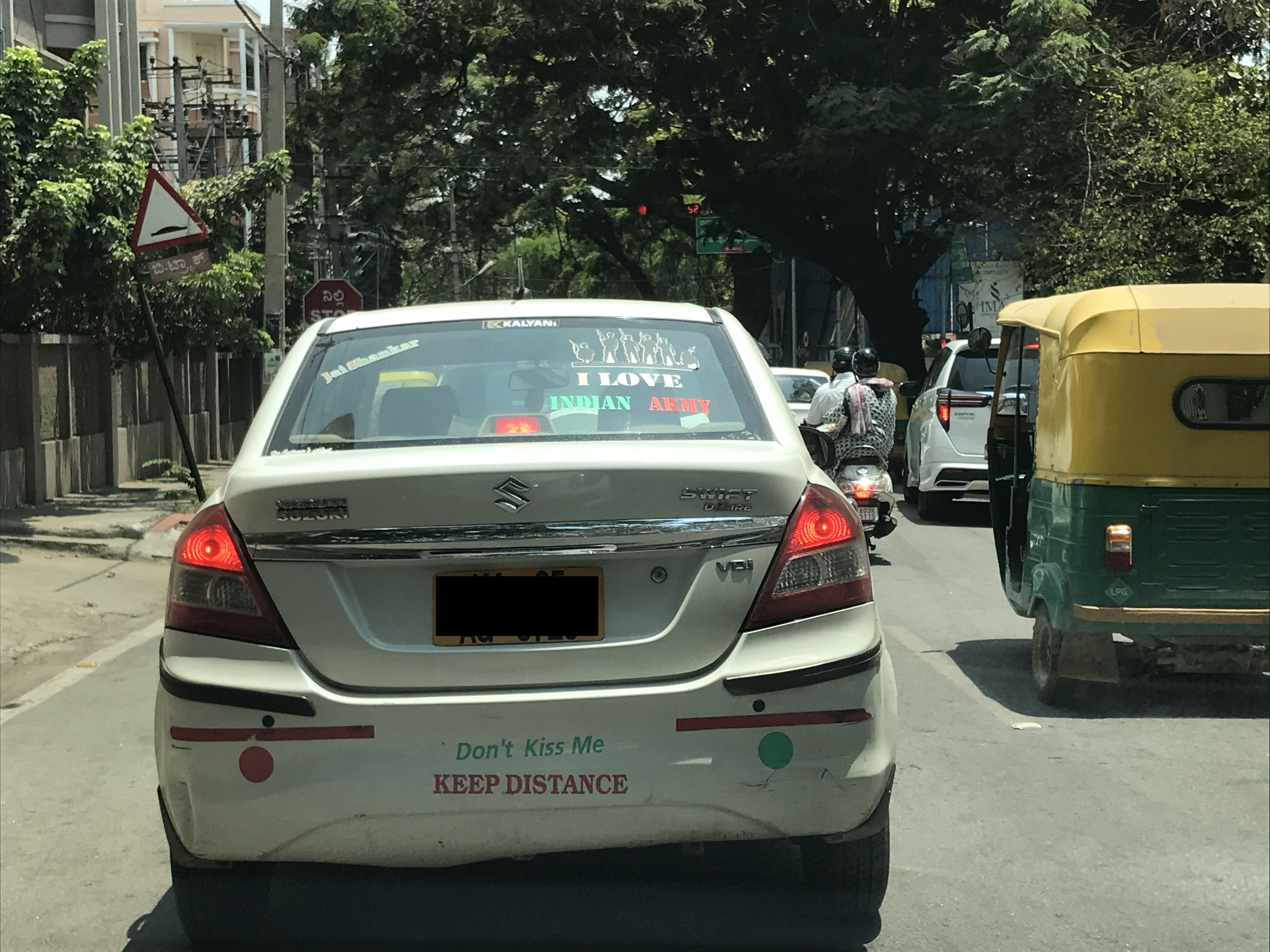 Photograph of stickers on a vehicle in Bangalore taken by Nihaal Faizal.

As for the content of these stickers, its range is quite varied. Most popular are religious symbols, followed closely by imagery from cinema—Kannada, Telegu, and even Hollywood. Among the religious stickers, Hindu references are most common, followed by Jain and Muslim iconography, and a lone Christian cross. Representations of love abound—familial and romantic—alongside images of ferocious charging animals. Local heroes also make an appearance—from warriors Tipu Sultan and Sangolli Rayyana, to Dalit leader B.R. Ambedkar, and historical poet Kanaka Dasa. Images of Gandhi, the Kannada actor Rajkumar, and the present Prime Minister, Narendra Modi, remain conspicuously absent.

For all their local and regional character, the shopkeeper (himself a Marwari gentleman who has no clear allegiances to the iconographies on sale) insists that many of the stickers come from China. While this may or may not be true, the transnational character of this medium is clear from the appearance of various interpretations of Batman’s Joker, other Hollywood references, and multi-colored logos for the Monster energy drink. Also noteworthy is the frequent appearance of the logo of the Chicago Bulls NBA team, whose angry mascot resonates with the ever-growing population of right-wing ideologues in India, and of which many modified versions exist (some even fitted with a nose ring). 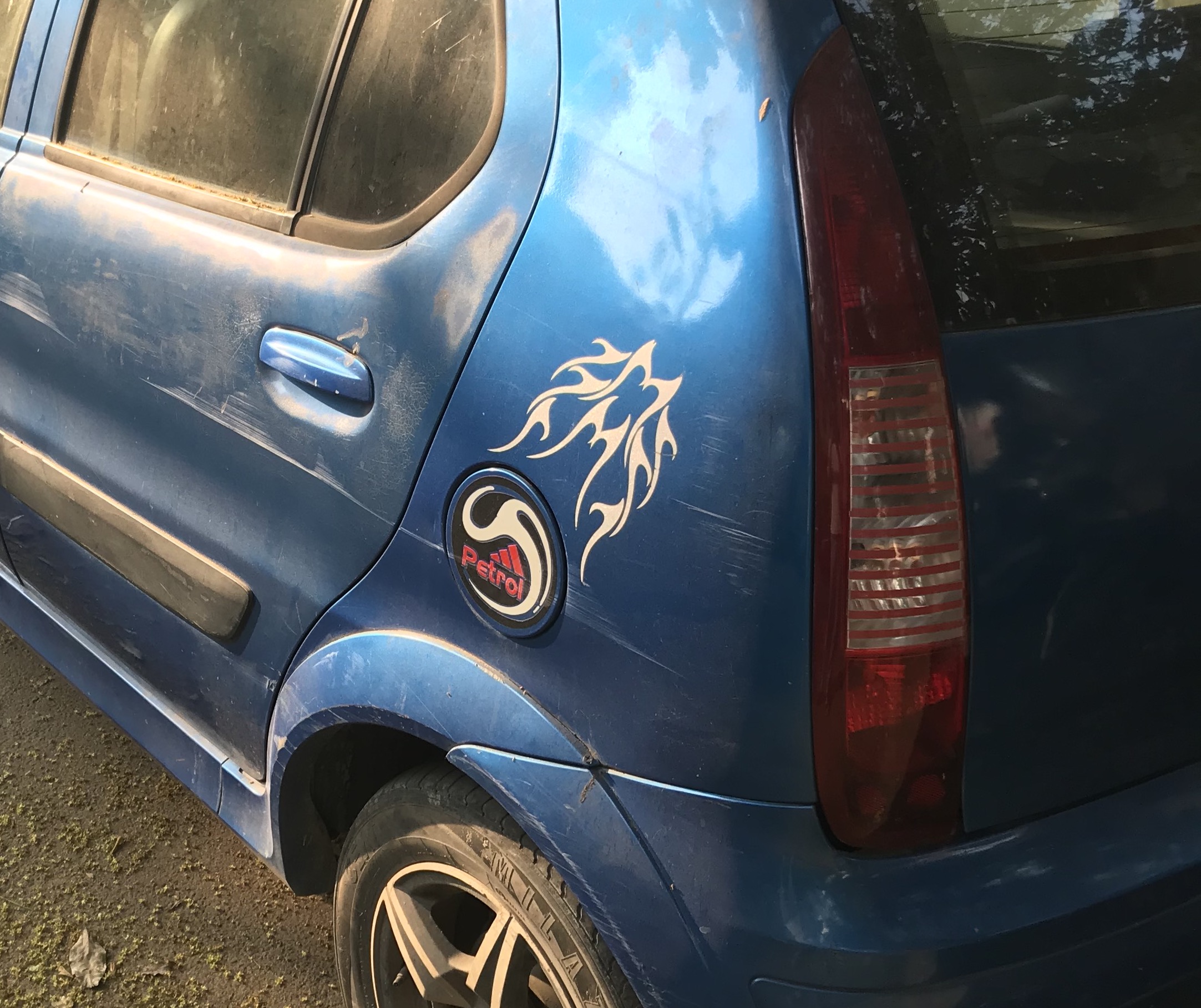 Photograph of stickers on a vehicle in Bangalore taken by Nihaal Faizal.

While completing this project, there were many more stickers that I had hoped to find—stickers that are abundantly visible in the streets of Bangalore. Perhaps these cater to a different demographic, and are therefore available at another store in the city, or were simply a part of trends that have now ended. However, some unexpected imagery did emerge (such as a PUBG sticker), and new stock is promised in time for Diwali.

Ever-evolving, highly networked, and digitally rendered, the automobile sticker functions as a document, highlighting the larger cultural shifts shaping the city. These shifts—of demographics, sentiments, anxieties, aspirations, desire, and power—essential as they are to the identity of the city, are best grasped when mediated. In this case, through the stickers on sale at M.K.Stickers, No. 33/6&7, Alijan Complex, O.K. Road, Kumbarpet, Bangalore - 560002.

Cover Image: Photograph of a sticker on a vehicle in Bangalore taken by Nihaal Faizal.