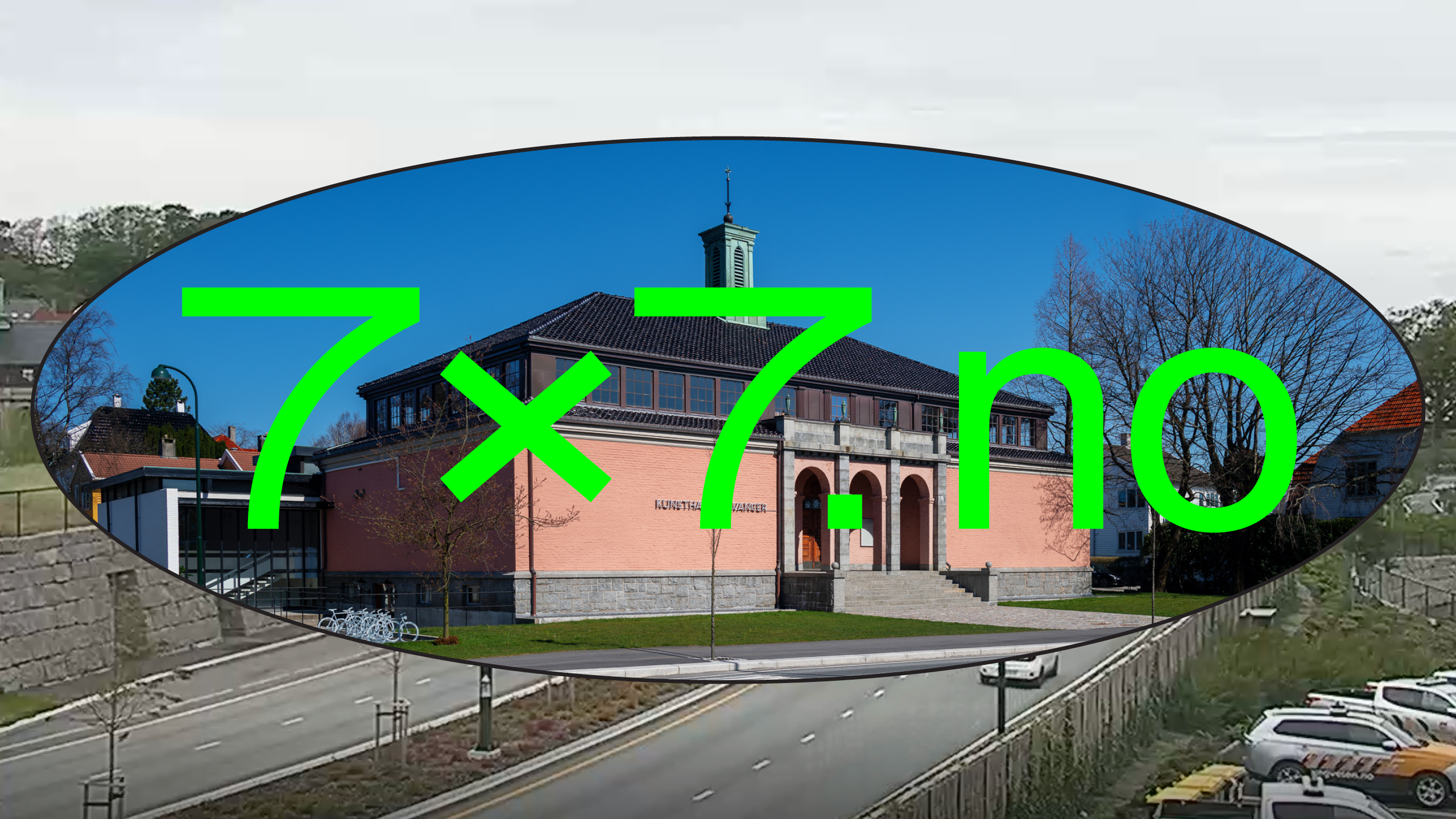 Together with Kunsthall Stavanger in Norway, we are delighted to announce 7×7 Stavanger, a newly-imagined, socially-distanced edition of our longstanding platform pairing visionaries from the fields of art and technology and charging them to create new projects through one-on-one collaborations over a short period of time.

On Monday October 5, 2020 at 2 PM EST, we will kick off seven days of art-tech premieres, each taking the form of a 45-minute live-event broadcast, with audience Q&A, via the new website 7x7.no. Episodes will debut live each successive day at 2PM EST through Sunday, October 11.The online-only conference program will later take physical form as a first-ever Seven on Seven exhibition, featuring selected works from the program past and present, scheduled to open at Kunsthall Stavanger in the Spring of 2021.

Participants in this special edition include:

In 2019, Rhizome & Kunsthall Stavanger began discussing how the 7×7 platform could be brought to Stavanger, following the Kunsthall's longtime interest in the intersection of contemporary art and digital culture, and Stavanger and Norway's roles as hubs for technology startups in the region. Originally planned as an in-person conference made impossible due to the global COVID-19 pandemic, the partners reworked 7×7 to explore relevant themes and model remote, interisciplinary collaboration.

7×7.no and the 7×7 brand were designed by Laura Coombs. 7×7.no was developed by Rhizome's Mark Beasley.

7×7 was created by Lauren Cornell with Fred Benenson, John Borthwick, and Peter Rojas.

Special thanks to Eilert Smith Hotel, and Stavanger Aftenblad for the webcam view of Stavanger.