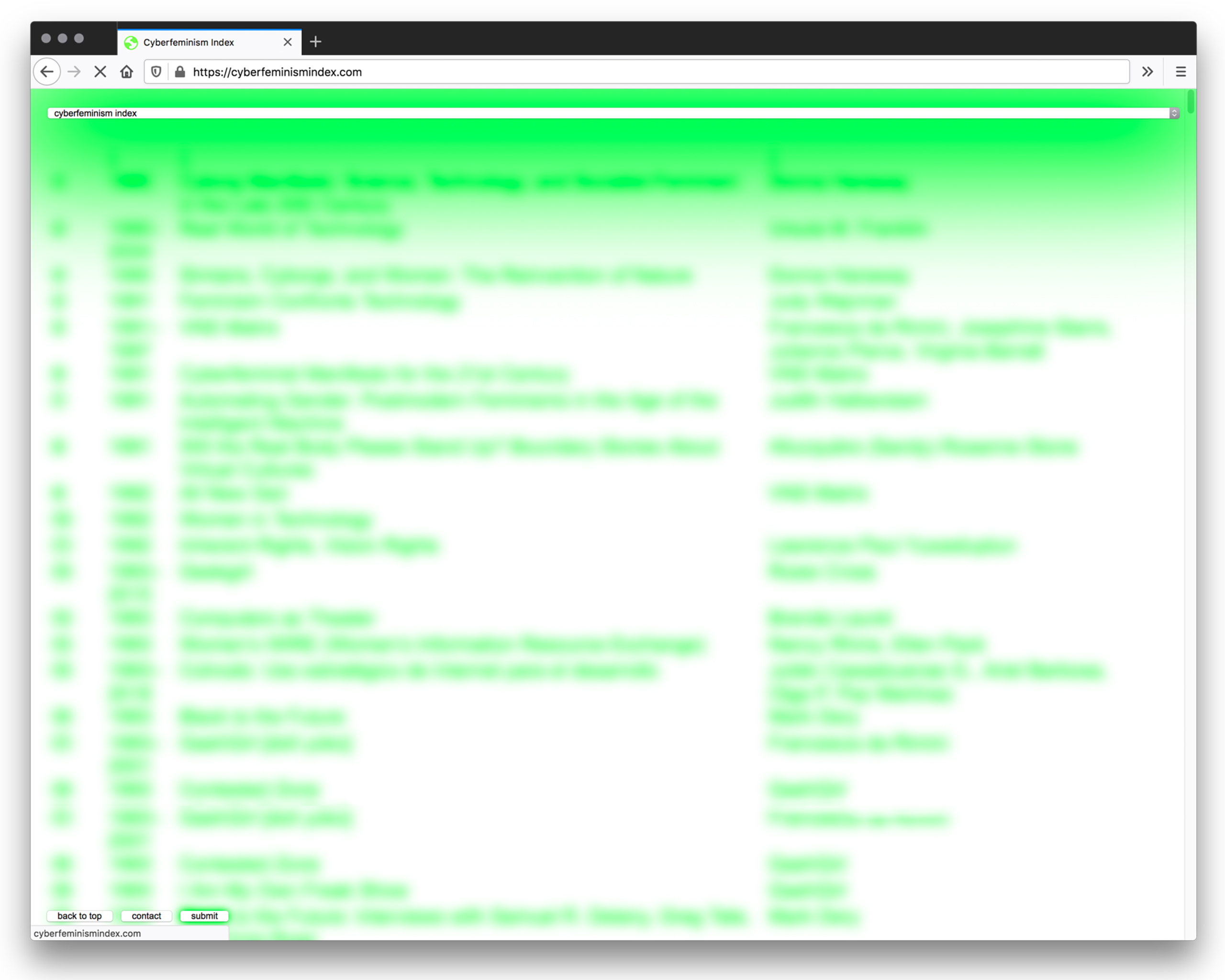 Cyberfeminism Index is an in-progress online collection of resources for techno-critical works from 1990–2020, gathered and facilitated by Mindy Seu.

In Seu’s telling, the term “cyberfeminism,” which came into usage in the early 1990s, “was meant as an oxymoron or provocation, a critique of the cyberbabes and fembots that stocked the sci-fi landscapes of the 1980s.” As a provocation, the term has certainly succeeded: over decades, it has brought feminisms and technologies into conflict and conversation, while the term itself has been contested, reimagined, debunked, and expanded. Cyberfeminism Index does not attempt to resolve these contradictions, but to honor the multiplicity of practices that might be gathered under this imperfect umbrella, particularly making efforts to center non-Western and nonbinary approaches.

Developed by Angeline Meitzler, the Cyberfeminism Index website employs a pared-down aesthetic, using default web elements and system fonts to ensure that it continues to function even as its appearance changes as a result of software updates and other technological shifts. In the future, the Index will remain under the post-custodial stewardship of Seu and other community members, while remaining open for submission and collaboration.

Mindy Seu is a designer and researcher whose practice reimagines the history of the internet and how this might guide its future. She teaches these alternative web-based practices at Rutgers University and Yale University.