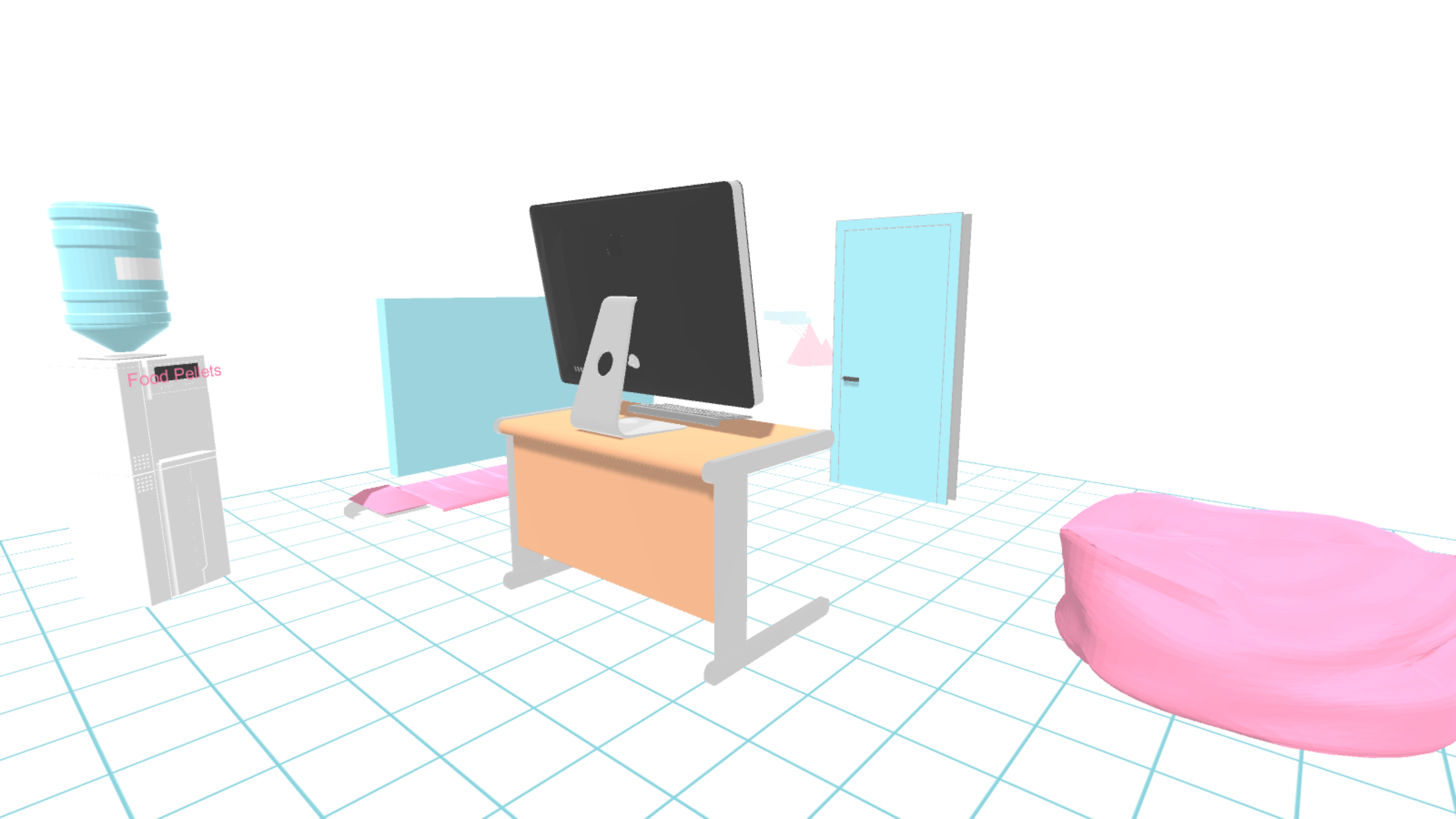 This is an online-only exhibition, copresented by Rhizome and the New Museum as part of First Look. It is accessible on iOS or Android via the First Look app.

Entering a sterile, corporate space, the user is led through a wellness exercise only to find themselves in an orientation for an unpaid internship. The work resembles, in some ways, the virtual reality genre of office simulation, in which users immerse themselves in detailed digital recreations of mundane environments as a reassuring form of entertainment, but weaves instead a paranoid tale of corporate control and biohacking.

The work makes use of interactive hotspots within the First look app. Following the introductory sequence, the user may select scenes by focusing on the targets on computer screen, the doorway, and on one side of the cubicle.