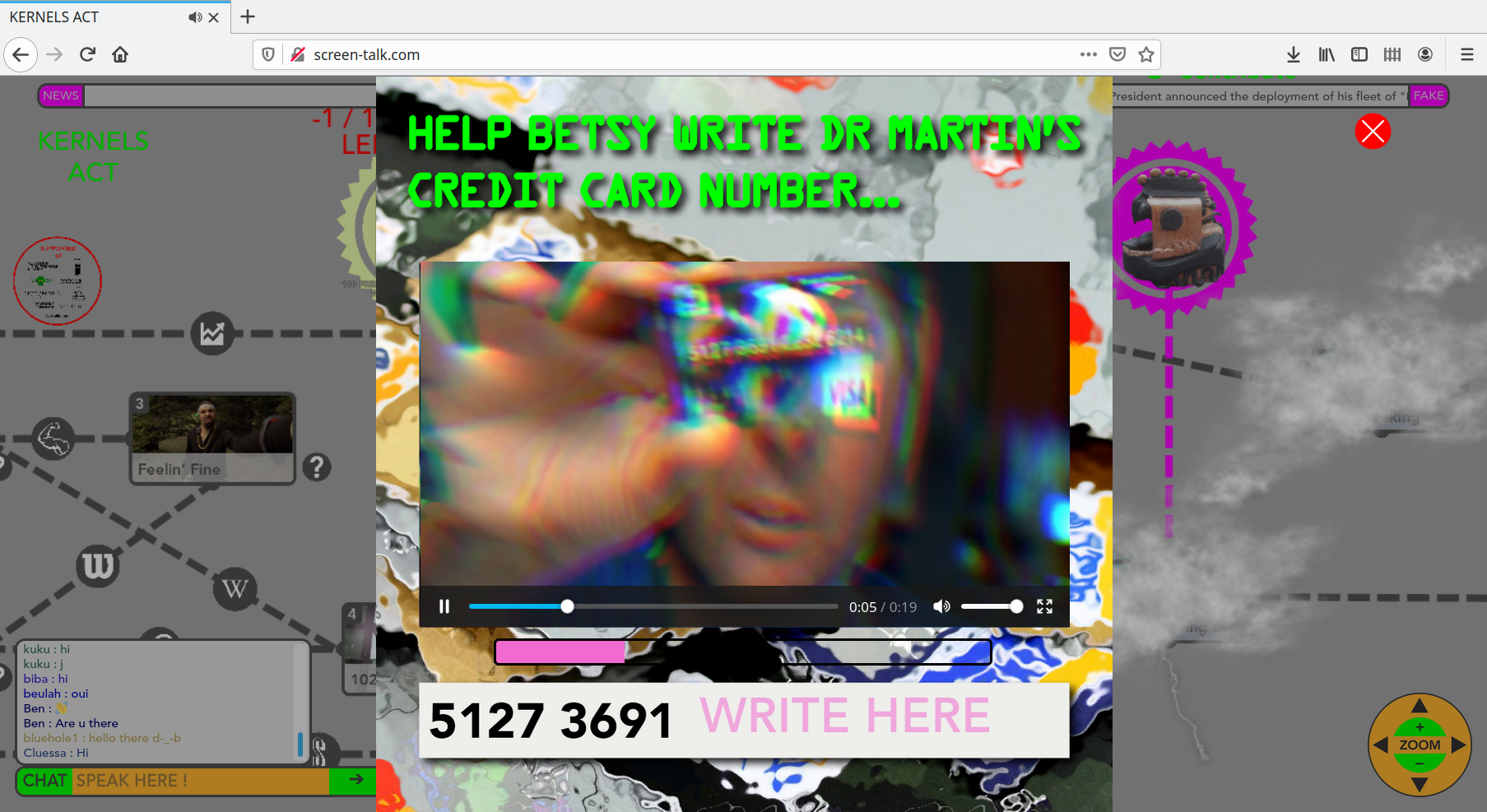 Note: screen-talk.com is now in Beta, and works best on Firefox web browsers.

Originally shot in 2014, Neïl Beloufa's Screen Talk is a web-based mini-series that depicts a world afflicted by a major pandemic, presented in an interface that introduces almost childish gameplay and spam-like distractions into the experience.

The main characters in Screen Talk are doctors, academics, and civilians, all under quarantine due to a novel respiratory virus and communicating with one another, awkwardly, by video conference. “Is the connection good? Can you hear me?” The videos map the interactions among this loose professional network as they jockey for professional standing and funding in the midst of pandemic.

Presaging current events, Screen Talk explores issues of information circulation, dominant scientific discourse, and the individualism of our age through a lo-fi and absurdist approach. Beloufa doesn’t focus on the disease itself, but rather the alienation that it induces, and the alienating forms of communication and self-presentation it fosters. The scientists argue about method; a family argues about the psychological well-being of a son. He just misses his long-distance girlfriend.

The project also models new forms of artistic and film production and circulation for an unprecedentedly web-centric world. The ScreenTalk.com website presents Screen Talk’s five episodes in an interface that seems to create a social and gamified experience for viewers, with a chat interface and incentives such as artist editions for winners, who must complete nonsensical quizzes about the plot of the film and the world at large. Ultimately, though, the choices offered to viewers are meaningless, adding busywork that seems unlikely to yield any real reward.