Digital Resources for a Movement Against Police Violence
By Rhizome 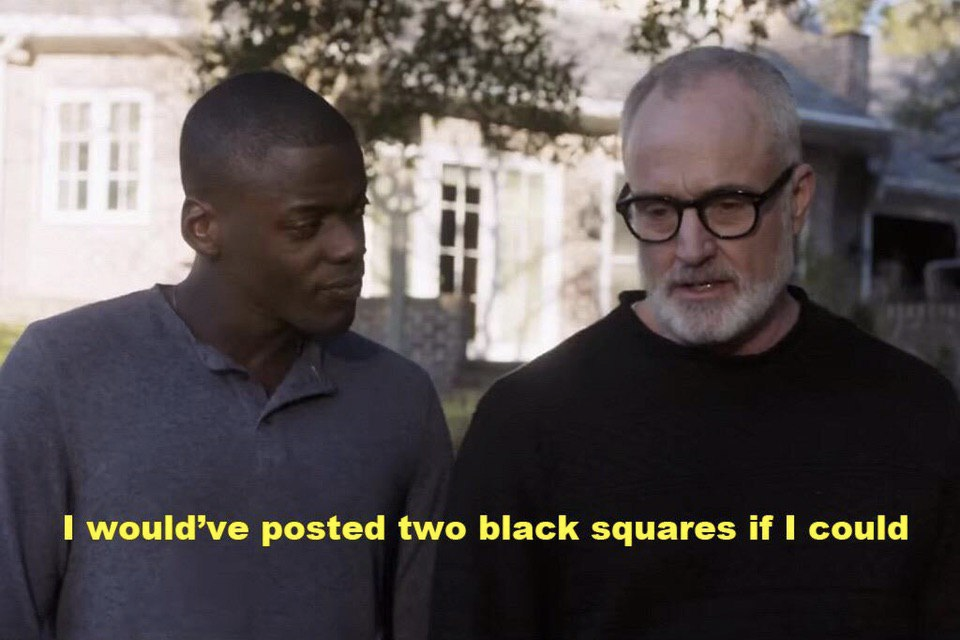 As an organization, Rhizome supports an uncompromising movement for black lives and against police violence.

In times of public protest, digital tools and practices can play an instrumental role: as witness to abuse of power, as a tool for organizing street demonstration, as advocacy and fundraising platform, and as repository for the community memory that allows movements to grow and evolve over years. At the same time, these technologies and practices can cause harm and facilitate surveillance and oppression.

Given the ongoing pandemic, the need for some to support protestors from home through online activities is particularly strong right now. The current crisis demands that we exercise critical thinking in our use of technology to organize and show solidarity, even when it comes to seemingly simple gestures like a social media blackout.

We’ve assembled a primer about digital resources for activists and supporters, including best practices for web archiving during protest, and the risks involved. We will continue to build on and share this list in the weeks ahead.

Creating your own web archive can be of great value. You might want to capture content that is only visible after a login, your own posts before you delete them, or posts by others before reporting them for hate speech or other violations. Since the current protests began, we have seen instances of lost and censored social media posts and accounts.

Web archives can provide better context than isolated screenshots. They can capture not only content but the behaviors of users and their relationships to one another. They can also offer vivid windows into a moment in time, helping to support community memory around moments of great change or loss.

At the same time, web archives should be made with great care and consideration. Keep in mind that what you archive might become public, and what you publish might be used by law enforcement or hate groups. Your archive could also be taken out of context and used to advance narratives that are harmful to the movement you wish to support.

For more discussion of ethical issues related to social media archiving, see Rhizome’s Ethics and Archiving the Web (EAW) Conference (2018), co-organized with Documenting the Now, an initiative that formed in response to public social media documentation of historically significant events. This conversation between Jarrett Drake and Stacie Williams about building A People’s Archive of Police Violence in Cleveland from EAW is particularly resonant with the current moment.

Documenting the Now also published a white paper following the EAW conference that offers useful guidelines for archiving social media, and their website includes a range of tools and resources for working with social media data.

Webrecorder.io and its desktop app can be used free of charge to archive websites, including social media, and access the archival copies again later. Webrecorder is designed to capture everything you see in your browser, including embedded media and dynamic web content. The end result is not a video, but a format called a WARC file that allows you to access captured websites interactively.

The desktop app is currently the recommended method for collecting from social media sites, because Twitter and other platforms have throttled Rhizome’s access to their servers due to overuse. The Webrecorder desktop app works best on Mac and Linux systems; some Windows users have reported problems getting the current version to run. Here are some tips for Windows users if you run into problems.

Be cautious about using any third-party service that allows you to store or upload the data you capture. This applies to Rhizome’s instance of Webrecorder, Internet Archive, or any service.  If you keep your archive on Webrecorder.io, for example, even if it is set to private, Rhizome could be forced to turn it over in response to a subpoena if the existence of the collection becomes known. However, there is no public directory of Webrecorder users displayed anywhere, and unless you share a link to your account, collections won’t be discoverable. If you use the desktop app, control over its usage would fall on you, but you won’t be able to share a link or login to your collections for others to look at. Instead, you would need to share a WARC file and prompt others to download the Webrecorder desktop app to view it.

If you began with either the online Webrecorder service or the desktop app and you want to change from one to the other, it is possible to export and import your collections between the two.

Documenting Protest on the Street

Before you photograph protests and share on social media, remember that there have been many stories of images being used against protestors in recent years, including for the purposes of harassment after the fact. At the same time, documentation of human rights abuses is a necessary part of seeking justice. The non-profit organization Witness offers a useful tip sheet for filming police abuse, and a more comprehensive Activists’ Guide to Archiving Video.

Keep in mind that there are important limitations to any tool that offers anonymization of photographs: once you take a photograph, it may be captured from your smartphone without your knowledge. Where the stakes are relatively low, Everest Pipkin’s open source tool Image Scrubber can be used on a smartphone or on a computer, or preloaded for offline use. The tool is best thought of as a courtesy to those who might wish not have their photograph circulated, rather than a truly secure way to document acts of protest.

Beyond issues such as surveillance and safety, the cultural framing of protest can also do harm, even when photographs or reports of a protest action are made with the best of intentions. Anything you share from the scene of a protest can easily be used in support of harmful narratives. Offering context and taking care and consideration with the stories you tell is essential. For more on these issues, Do No Harm: Photographing Police Brutality Protests offers a careful consideration of the ethics of documentation.

This protest guide prepared by Lebanese activists for protestors in the US frankly describes a number of the risks of protest and lays out some of the measures that can be taken to mitigate exposure to them. Know your rights, and assert them when it is safe to do so. Laws surrounding protests and curfews are changing locally and on a daily basis; we recommend checking with a legal aid organization in your area for updates before joining any public demonstration, and writing their phone number on your arm in case of arrest.

During public protest, using a smartphone carries with it inherent risks that cannot be easily avoided except by turning the device completely off or enclosing it in a Faraday cage. Even if anonymity or civil disobedience is not your goal, data from smartphones and social media accounts can be used by law enforcement agents to build cases against activists, disrupt demonstrations and actions before they happen, and intervene in the planning process.

As this Wired article outlines, there are some basic steps that may provide some protection, such as using encrypted, self-deleting messages on an app such as Signal. [Update: readers point out that Telegram allows you to hide your phone number, whereas Signal does not; it is reportedly widely used by Hong Kong protestors]. Turn off lock screen notifications before you protest so that incoming calls and messages, and contact information associated with them, will not be visible. You may also want to manage your social media footprint.

For encrypted collaboration on documents, https://cryptpad.fr/ offers some level of security. The host of these services cannot decrypt the data they hold, only users you give access via link can. The service is outside of US jurisdiction, and the software can also be self-deployed.

There have been numerous incidents during these protests in which public safety has been undermined by police actions against demonstrators, including the use of chemical weapons. Scanmap is one way of tracking and potentially offering advance warning of such actions. Currently, teams in NY and LA are listening to police scans and mapping reports in real time. Some users have also been streaming police scanners on Periscope and other platforms, such as on this NYPD Police scanner. [Update: pig.observer offers easily navigable, live traffic cameras from several US cities.]

Electronic civil disobedience can be a meaningful way to support protests, but directly confrontational online collective actions present legal risks. Ricardo Dominguez, who theorized this practice as part of Critical Art Ensemble and Electronic Disturbance Theater, has discussed the power of using poetic gestures, rather than antagonistic ones, to confuse law enforcement. Follow the example of the K-Pop fans who flooded the #whitelivesmatter hashtag, and be sure to consider both the legality and the poetics of your online actions.

Check before you donate to bail funds – many have been overwhelmed and are now asking that donations are directed elsewhere. (See, for example, this statement from Brooklyn Bail Fund.) Requests that are shared widely on social media may already be out of date by the time you see them.

Instead of donating reactively, spend some time doing research in your local community to find individuals and organizations that are working directly to counter police violence and reduce the harms caused by carceral capitalism. Consider building relationships and setting up recurring donations.

“Capitalism and racism did not break from the old order but rather evolved from it to produce a modern world system of ‘racial capitalism.’”

“Global capitalism’s condition of possibility was black enslavement—a legacy that continues to this day in modified iterations.”

The End of Policing (free e-book with email sign-up)

“The best solution to bad policing may be an end to policing.”

On Mass Demonstrations by John Berger

“The demonstrators’ view of the city surrounding their stage also changes. By demonstrating, they manifest a greater freedom and independence – a greater creativity, even although the product is only symbolic – than they can ever achieve individually or collectively when pursuing their regular lives. In their regular pursuits they only modify circumstances; by demonstrating they symbolically oppose their very existence to circumstances.”

“One essential characteristic that sets late capitalism apart from other political and economic forms is its mode of representing power: What was once a sedentary concrete mass has now become a nomadic electronic flow.”