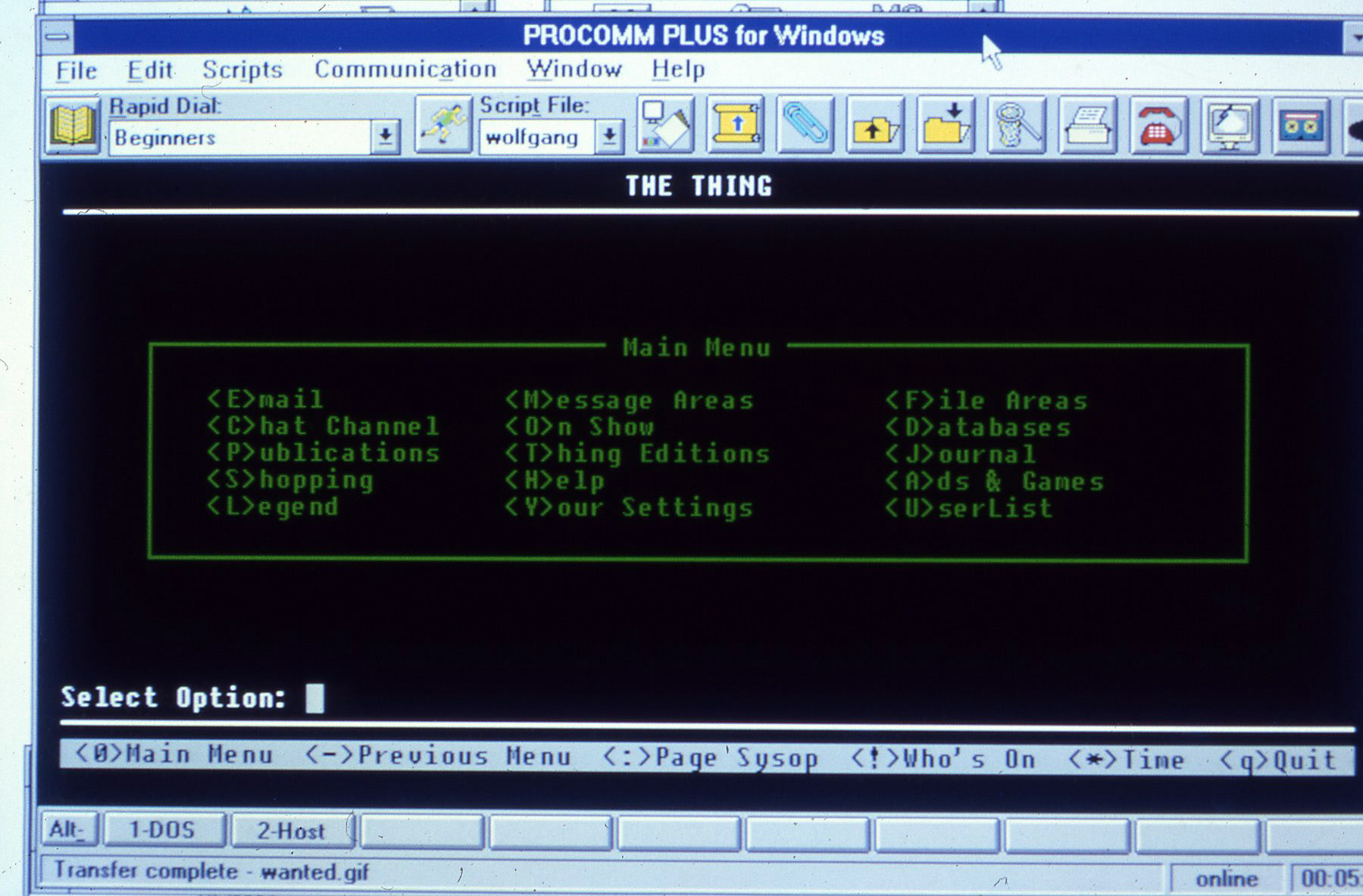 In the early 1990s, a community of artists, writers, psychoanalysts, and cultural gadflies came together around The Thing, a bulletin board system (BBS) in New York that expanded to include nodes in several European cities.

Founded by artist Wolfgang Staehle, The Thing made up just a few of the tens of thousands of BBSs that flourished in the years preceding the popularization of the public web, and it fostered a community that sought to experiment with cultural practices via telecommunications networks: writing and publishing, interacting with a community, performing an identity, and distributing art. Immediately preceding the rise of the public web, The Thing was an important forum where early ideas of online art were rehearsed. Despite its historical significance, much of its content has been inaccessible for years.

Now, thanks to a grant from the National Endowment for the Humanities, the New Museum’s digital art affiliate Rhizome has created a contextual archive of messages that were posted to The Thing. This body of writing speaks to a shared effort to reframe aesthetic discourse outside of the institutional art system, while coming to terms with the possibilities and limitations of a new telecommunications platform.  “The whole thing was a social and technological work of art—a creation and a creature,” Staehle later recalled. “Did we dream enough?”

No comprehensive archive of the NYC node of The Thing BBS has survived. The material in this new archive was saved by a member, Blackhawk, and uncovered by Ben Fino-Radin as part of research that he began during his tenure as Rhizome’s digital conservator. Thanks to the NEH support, these materials were recovered by Fino-Radin’s Small Data Industries, and made accessible as part of a specially designed interface by Rhizome’s preservation team under the direction of Dragan Espenschied.