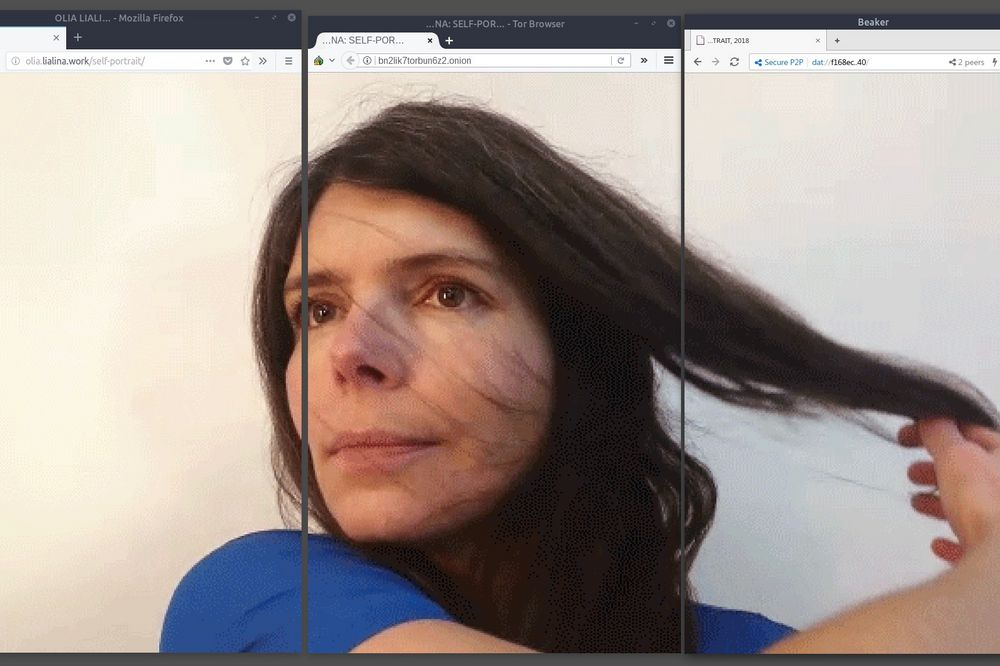 In The Decade in Internet, artists and writers reflect on their favorite moments from the 2010s. Previously, Laurel Schwulst remembered 10 colors worth remembering. In our final post, Rhizome Artistic Director Michael Connor reflects on the end of the internet as we know it.

I will say this: it’s been a weird decade in which to have served as a professional cheerleader for internet culture.

We’re in the hard Brexit phase of the internet, an unbearably long news cycle full of mind-numbing technical detail that‘s also too important to ignore. As we enter the screaming ’20s, the network of networks is devolving into a warring series of fiefdoms. Powerful institutions offer competing and sometimes incompatible versions of digital citizenship, serving as gateways to increasingly distinct ideas of what the internet is. Spaces for user-to-user communication are bombarded with ads, hate speech, and abuse, heavily mined for information about users, or left to drift into obsolescence, prompting rising interest in forming alternative means of communication, from mesh networks to ham radio.

David Barker, an early mentor of mine, once used the phrase “strategies for the continuation of cinema by other means” to describe the program he oversaw at Cinematexas (the legendary Austin, Texas film festival; may it live forever in our hearts). I think he coined it because some wrongheaded people in the film community had begun to complain about how much not-actually-cinema Cinematexas included – music, performance, installation – which is of course part of what made it so vital. The phrase has come in handy over the years, and I’ll use it here again today. This decade, which began on 12/29/09 with the launch of Gene McHugh’s Post Internet blog, has augured many ends and endings for the internet as we know it; its conclusion brings an opportunity to embrace this, and consider strategies for the continuation of internet culture by other means. 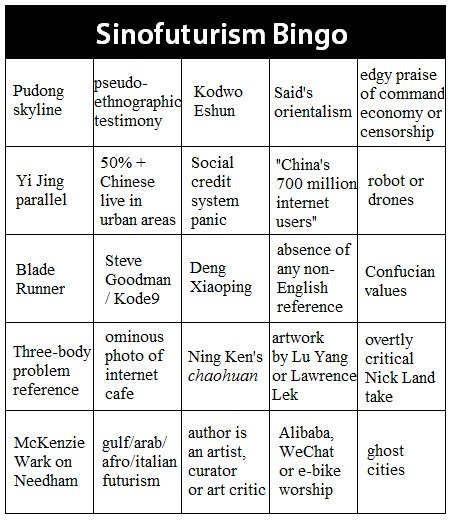 Working within a context defined by censorship and surveillance, China’s 700 million internet users developed an incredibly complex and subversive digital culture in the 2010s, largely circulating on WeChat within national borders. The artist Miao Ying, who was featured on Rhizome several times in the 2010s, was one key chronicler of this narrative – see Lauren Cornell’s text about her work “Chinternet Plus”, her Artist Profile, and her post on the video platform Bilibili. As the decade ends, it must be noted that the users who created this thriving digital culture are now vulnerable to new forms of surveillance and repression, and–at some risk of viewing the past through rose-tinted glasses–talking about digital folklore in China feels like a throwback to more innocent times.

I somehow missed this movie in theaters, but it’s an austere and unswerving cinematic treatment of Facebook’s deeply bureaucratic, privately controlled, unregulated, and thoroughly unfair version of digital citizenship. But we knew all this already; it was really the hyperrealistic CGI work that made this film such a standout. The characters look almost human!

Artist Julia Weist describes El Paquete as a “media collection that is aggregated weekly in Cuba and circulated across the country via in-person file sharing. The package usually contains between 15,000 and 18,000 files.” Since 2015, Nestor Siré has curated !!!Sección A R T E [Art Section], a bi-weekly folder of art materials within El Paquete, and in doing so, has prototyped a kind of net art that lives on in the absence of much functioning network infrastructure. (Siré and Weist collaborated on projects commissioned by Rhizome and the Queens Museum to arrive and recirculate El Paquete and Seccion ARTE.)

The vitality of El Paquete feels important to remember for internet users who have grown accustomed to always-on access to the cloud. I’ve grown accustomed to firing up emulators on Rhizome’s cloud infrastructure so that I can use a work that runs on Windows98, in the comfort of my web browser, but I’m reminded that this experience has geographic centers and edges: as the work loads, I must choose my nearest infrastructural hub, and the options are Asia East, the US, and Europe. And even at the center, this kind of access is highly contingent on many material and social factors.

Artists like Ingrid Burrington and Trevor Paglen have spent much of the decade reminding us of the materiality of the cloud and our connections to it. More pressing reminders came from the climate: in the wake of hurricanes or wildfires in recent years, victims have often noted how long it takes for wired internet or cellular data service to return; in one notorious case, firefighters battling blazes in California had their “unlimited” data throttled while the fire raged.

But, as the work of Weist and Siré demonstrates, thinking about alternative infrastructure and forms of connection and what kind of culture this might foster does not need to be an apocalyptic activity.

From yu to me from Rhizome on Vimeo.

This decade brought us Aleks Domanovic’s incredible TLD documentary From .YU to .ME, which detailed internet governance issues around the dissolution of the former Yugoslavia, which led to problems around the routing of internet traffic and the control over the former nation-state’s top-level domain, .YU. The internet’s reliance on central administration, and the efforts of people on the peripheries to maintain access to it in spite of institutionalized resistance, emerges as a historical fact of long standing in Domanovic’s film.

Tim Berners-Lee once described the DNS system–the internet’s phone book, in a sense—as the achilles heel of the internet. It takes a tremendous amount of cooperation and care to maintain the systems that allow computers to find one another on the network. In the days of arpanet, a good deal of this work was done by one woman, Jake Feinler, as Claire Evans recounts in her 2016 book Broad Band. Perhaps it’s not a coincidence, on some level, that the key computer scientists in Domanovic’s film - largely responsible for establishing and maintaining Yugoslavia’s precarious foothold in the global network directories - were both women as well.

One key insight offered by From .YU to .ME is that one can’t always count on goodwill and cooperation, care and common interest to sustain a system of centralized control like DNS. In the 2010s, there has been what seems like a marked uptick in conflict and capitalist exploitation surrounding DNS and its administration. The decade saw protestors in Turkey sharing alternative DNS addresses via graffiti tags, to help others circumvent the country’s edited internet gateways; it saw Russia experimenting with the idea of a sovereign internet, in which all traffic would be routed internally within the country’s borders. The decade ended with ICANN (Internet Corporation for Assigned Names and Numbers) making emergency statements about attacks on the DNS system, then lifting price caps on the .ORG domain name and allowing a private equity firm to (maybe) acquire it.

Against this backdrop, the 2010s also saw new protocols emerge and grow – the blockchain, which has brought about a kind of parallel, public banking infrastructure and a host of related experiments; Onion routing and the Tor browser, which gained public prominence with the 2011 launch of the Silk Road “dark web” marketplace; and the recent DAT project, which aims to build a peer-to-peer web. Each of these efforts rely on their own systems of governance around the software projects that sustain them, but they suggest that in certain ways, DNS system administration may not be the single point of failure it once seemed to be.

Perhaps no work of the decade captured this moment of shifting infrastructure better than Olia Lialina’s Self-Portrait (2018), which displays an animated image accessed via three distinct browsers, each with a distinct protocol, which must be arranged by the user as a desktop triptych.

The sale of Tumblr and the death of net art

People have been talking about the end of net art since Vuk Cosic declared it so in 1997, but the sale of Tumblr to Yahoo! in 2013 made a much more plausible end point. Net artists had invested so much in that platform, it was an emergent ecosystem of practices and subcultures - and, er, porn - that would obviously never fully mesh with the interests of its new corporate parent. Now the decade ends with a second sale of Tumblr; acquired by WordPress’ parent company for (reportedly) less than $3 million in a gesture that seems more or less philanthropic on the part of both buyer and seller.

(Side note: any other corporate owners need to offload social media platforms that are languishing in their portfolios, please consider the shareholder value that you would drive by donating the platform to Rhizome, it’s 100% tax-deductible!)

Amid Tumblr’s long decline, there were other bright spots, other places to go and make work online in conversation with other artists. NewHive was one important one (people are saying it will come back in some form, are you hearing what I’m hearing?) but interestingly, some of the best work of the decade also happened in fairly miserable social media environments - work by poets and theorists like manuel arturo abreu, Bunny Rogers, Jesse Darling, and Hannah Black. At the same time, the sheer hellishness of most social media experience seemed to encourage artists to build profound and experimental new kinds of social networks and platforms, like Arena, Amalia Ulman’s Ethira, or Twine and its hypertext authors and videogame zinesters.

So I’ll end with a prediction: in the next decade, as in the last one, and the ones before that, net art will not die. It may even outlive the internet as we know it.