Notes from Quar is a series that features diaries, playlists, musings from members of the Rhizome community while under COVID-19 quarantine. Here, New Models' Daniel Keller meditates on the markets and life as an NPC. Previously: Xin Liu on distributing PPE in New York.

In the face of incomprehensibly huge events like this, it’s important to be humble and accept that one has little agency. In exponential moments, knowing or acting is impossible. Only speculation is not, and hot takes don’t pay the bills. Stuck at home and unemployable, the only agency a NPC like me has is gambling.

Our system of uber-financialization is absurd and unjust. It’s smoothbrained optimizations reduce the world to a brutal and rigged casino. Human suffering is distributed unfairly and depicted as a graphable statistic. I wish it weren’t like this.

That being said, I decided pretty early on (late January) that I was going to profit off of the financial crisis caused by the pandemic. Not as some kind of toilet paper-hoarding brute or by founding some cutesy Security Kabuki D2C mask brand; instead: pure, untethered, amoral speculation.

The most leverage a non-accredited investor (net worth < $1,000,000) can get when gambling on the stock market is by trading options, highly leveraged derivatives that offer extreme risk/reward and which for some reason are legal.

The first options trader was Thales of Miletus. He was a nerd who was sick of being bullied for being poor so he got really good at ‘coding’ (predicting agricultural yields using astronomy and math) and when he recognized that next season’s olive harvest would be huge, he bought up the rights to use all of the local olive presses and then later sold them at a premium. Olive calls. 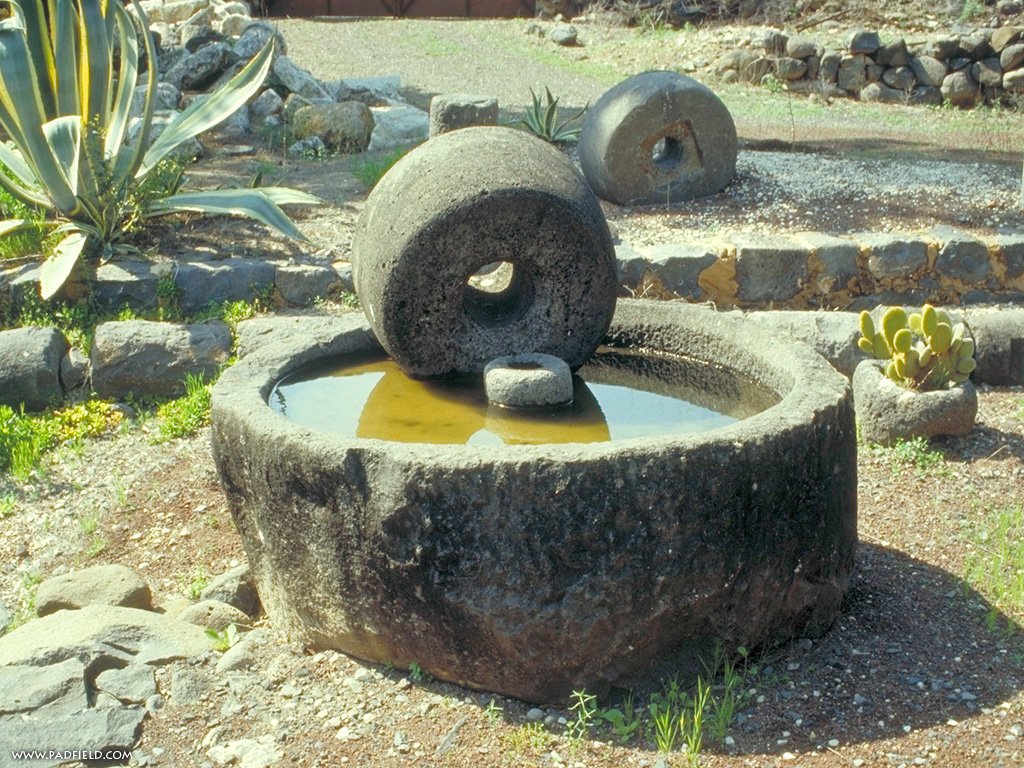 An anon blogger in a secret trading Telegram group posted:

“If putting money in index funds is like drinking a beer and picking individual stocks is like smoking a joint, deep OTM options are like a PCP soaked joint laced with crack. But unlike crack, they can be used responsibly for a sensible purpose.”

After a decade of unprecedented central bank intervention and especially during the Trump Era, it’s been increasingly obvious that valuations for pretty much everything have gotten irrationally inflated and destined for a correction. There’ve been plenty of hints of a 2008-style banking crisis secretly brewing far before COVID-19 hit—awful olive harvest.

This was a once-a-decade moment where the fragile armature of our financial system was accidentally unveiled. The direction the market would take seemed actually knowable. It was pretty simple, viruses spread exponentially. The disruption  would ripple through the economy and destroy corporate profits - think of the Supply Chains! For this brief moment it felt like risk-free wealth redistribution from liquidity-crunched institutions to any semi-solvent doomers who happened to be paying attention.

I decided to buy Las Vegas Sands puts (See you in hell, Sheldon Adelson), American Airlines, Jetblue, Carnival Cruises. I shorted Deutsche Bank; I shorted UnitedHealth; Brazil (Bolsanaro, I know you had it), I shorted Cheesecake Factory $CAKE and Shake Shack $SHAK. I shorted Live Nation (Ticketmaster) Exxon Mobil and High-yield Bonds. Masha shorted our OWN LANDLORD. They all drilled.

I saw someone tweet a Marx quote where he bragged about making 400 quid (2019: $68,000) speculating against the corrupt and overvalued British stock market. It all felt glorious and just.

Meanwhile, I’m legitimately terrified to even go outside. I fear my stairwell is contaminated. I see #b7e4cf green 3d rendered coronas everywhere. I’m more agoraphobic than ever. If it weren’t for my dog I’d probably never leave my flat. I’m worried about my boomers back home. I feel bad for everyone who is forced to work; I think that the government should pay them to stay home and buy puts.

I’m still committed to the doomer thesis that these companies’ stocks were going to crash and deserved to crash. From 15:30GMT+1 until 22:00 GMT+1, the 1 minute SPY candle becomes my log level auditing and feedback mechanism.

RED CANDLE, it’s drilling. Your thesis is right, the universe is just. Order exists. Capitalism is destroying itself? Trump is self-immolating. Cheesecake Factory is dead. Bernie CAN win. Can I afford a humble plot of land in the Michigan Upper Peninsula?

GREEN CANDLE. Am I crazy or are they stupid? The Universe is fundamentally evil and disordered. Thousands dead, millions unemployed. The FED is bailing out BlackRock? Long $ROPE. I’m sinking into a swamp; a monocled fat cat laughing at me.

The dissonance between the terrifying screentime of my pod-life and street level reality is stronger than ever. Because of strict privacy laws, there are no apocalyptic images from German (or American) hospitals to make it feel real. There is no mediation of the crisis, just statistics and exponential graphs, maybe more sirens than usual. If people get sick, they vanish.

For a moment, just a few weeks ago, it felt as if the virus had exploded the window of possible futures wide open. Some podcasters were semi-ironically heralding a ‘Phase 2’. People were expecting mass rent strikes (only Cheesecake Factory got away with it). Just as quickly, the window seems to have slammed shut. Sure, Spain got permanent UBI, Berliner layabouts all got 5000 euros worth of Merkelbucks, But in America? Some people get one-time $1200 checks, while printer go infinitely brrr to bail out, like, some ‘Belgian-Cypriot’ investor in a Private Equity Dark Pool because their 350x leveraged investment in something risky enough to be called a *JUNK BOND* blew up. THE VIRUS WAS NOT THEIR FAULT! 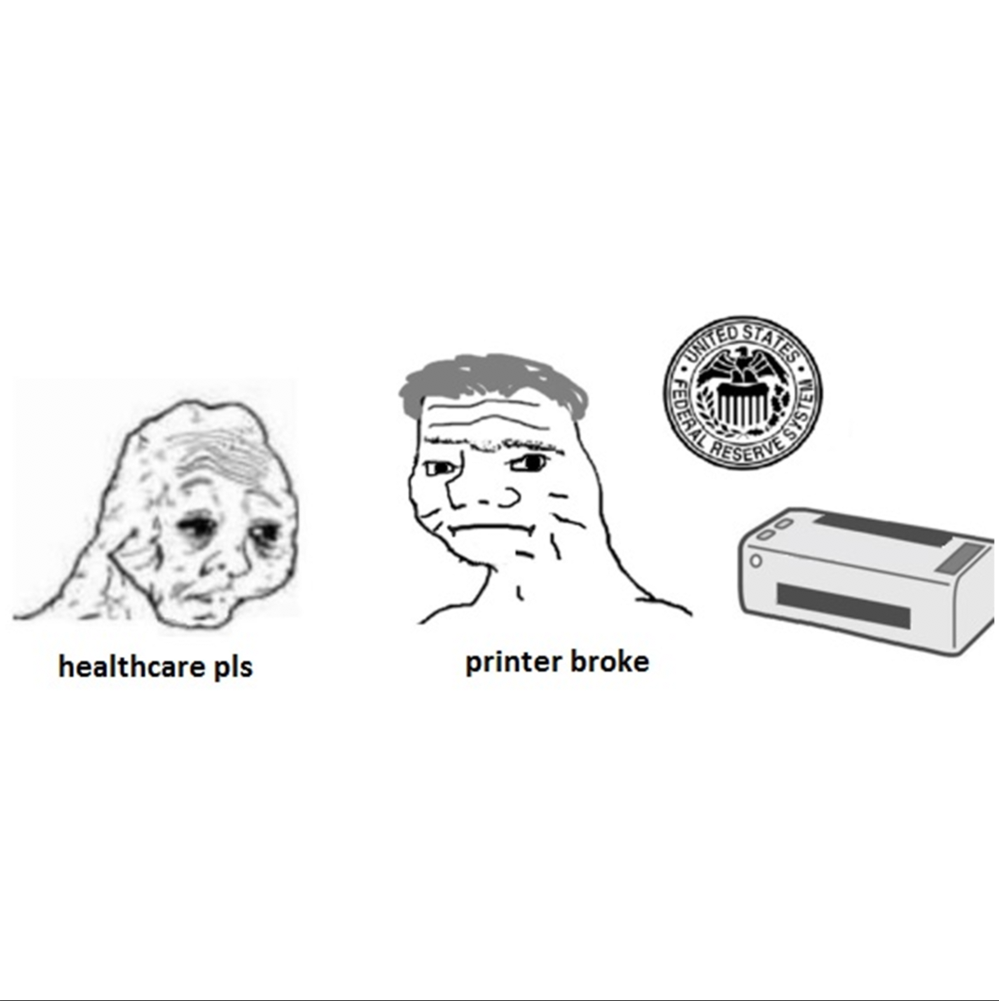 We could have rugged capitalism or technocratic command economy, instead we have the worst of both.

With my Merkelgeld and drastically reduced doomer gains, I purchased the following:

A set of these Japanese kitchen knives.

I considering buying a VR headset, a tiny house in Brandenburg, possibly some liposomal vitamin C.

I ordered a bar of gold that you can break off into 1g bits, but wussed out and didn’t transfer the money to the vendor. 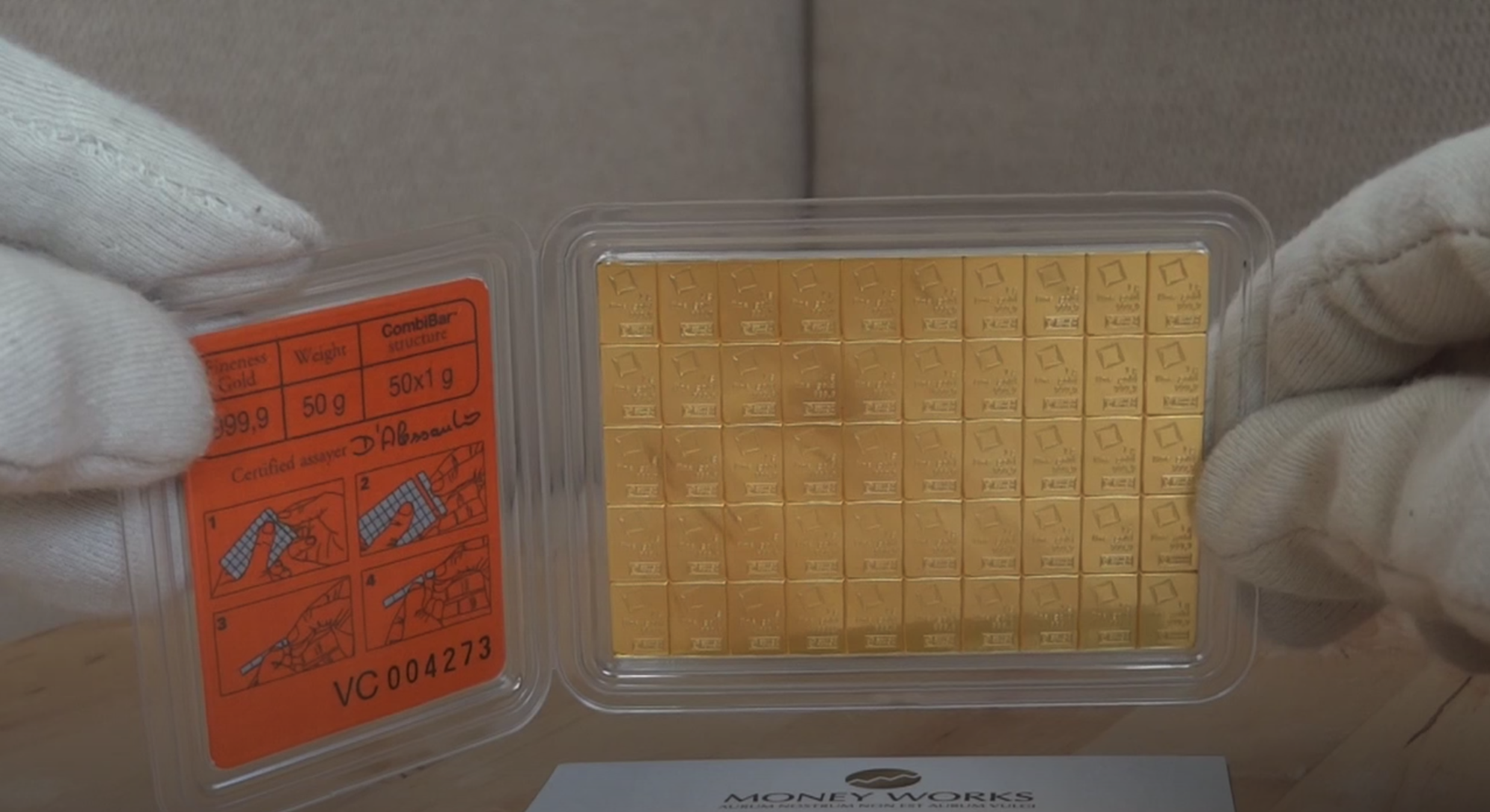 I’ve been watching a few shows about NPCs trying to gain agency over their lives:

Westworld has never been particularly good, but I love the set design this season. They got Bjarke Ingels to consult and therefore every scene looks like it takes place in a mixed-use commercial development attached to a monorail station in Guangzhou. Hyper intelligent killer robots negotiate the best price for a hotel room via Siri from their janky concept-Lyft. People take a drug called Genre. But, it feels cozy being immersed in a permanently extrapolated Premium Mediocre 2015. It seems really expensive to produce, glad everyone on the crew is getting paid. 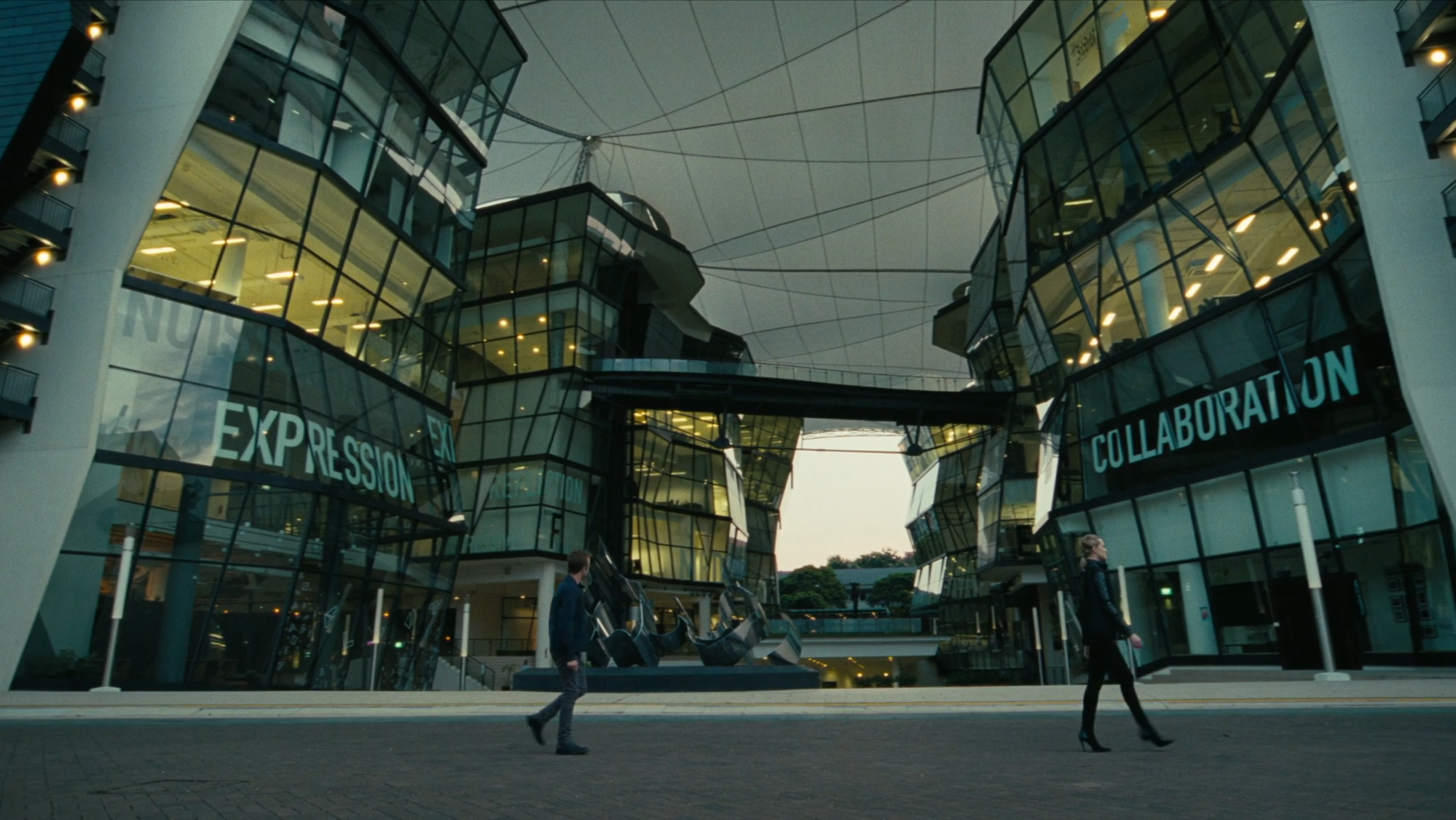 Devs. Normally I find debating determinism to be one of most useless and cringe topics, but it’s handled here in a much more nuanced and thought-provoking way than in Westworld. At first I thought it was OK, then I thought it was CORNY but after the final episodes, I think it’s GOOD.

Plot against America. This one hits extremely close to home, definitely vibing epigenetically. It really nails the relatable anxious background radiation of being an (((NPC))) who is acutely aware of an impending doom that they are powerless to stop. 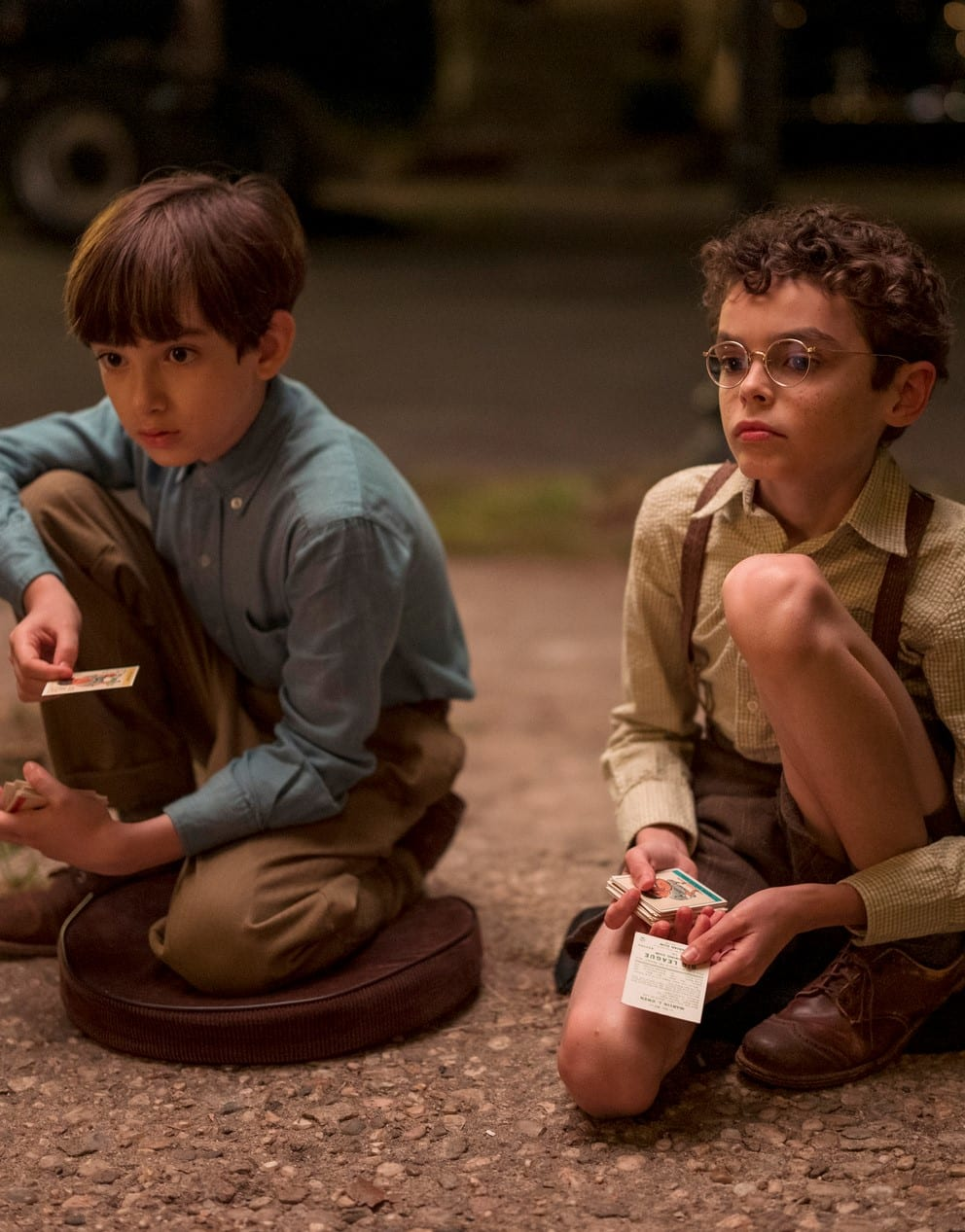 At time of writing, the US stock market is up more than 25% from it’s March lows, amidst a skyrocketing death toll and the worst unemployment numbers in modern history. The government has made it clear that its main purpose is not to save lives or protect the vulnerable. It exists to ensure that assets never depreciate and that wealth is never redistributed downward. Capital has never seemed so fictitious.