The Making of “The Game: The Game’
By Michael Connor 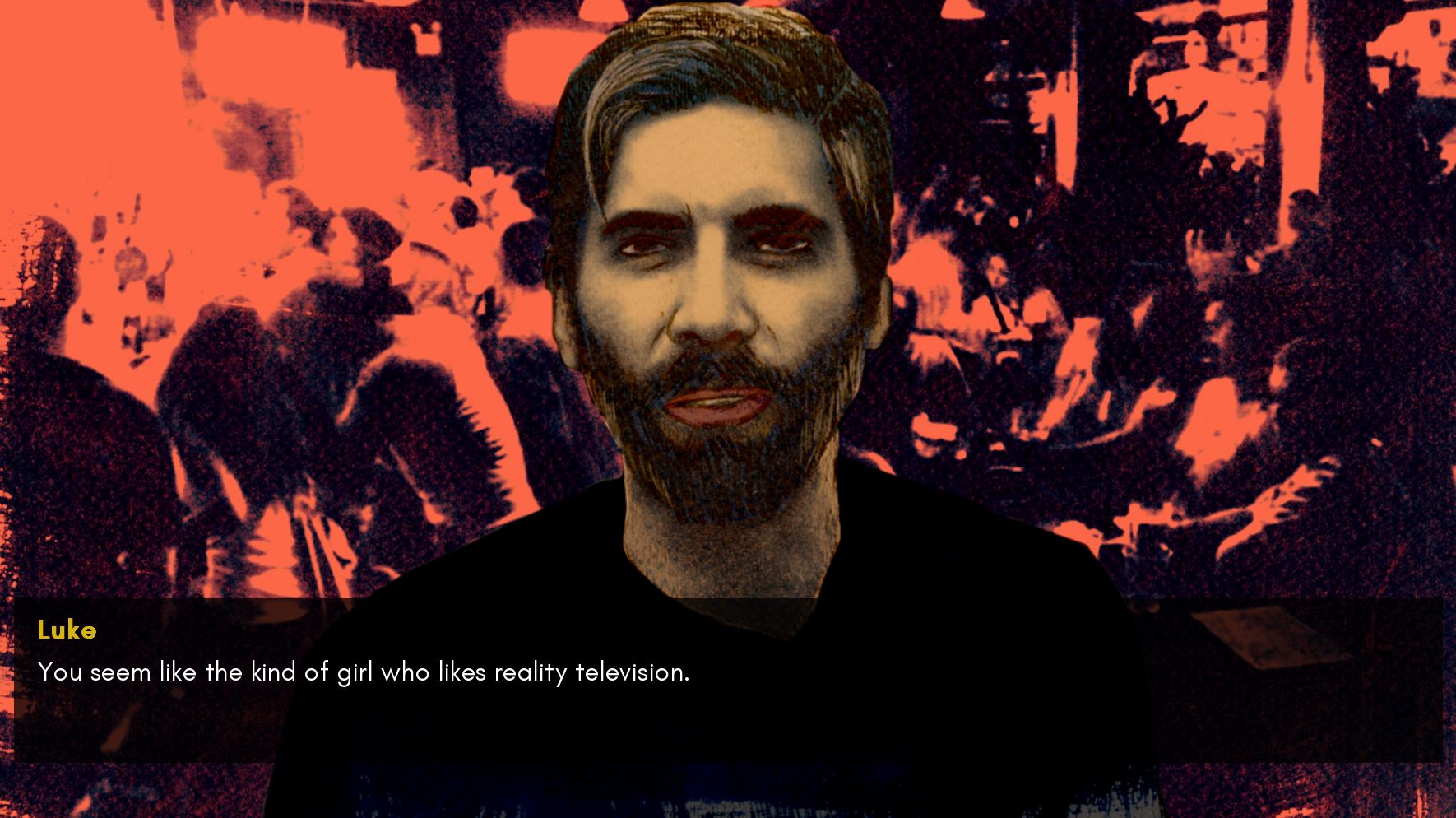 A new article in The Nation by Celine Wong Katzman and Angela Washko delves deep into the years of research that went into the making of Washko’s The Game: The Game, which was recently included in Rhizome’s online exhibition Net Art Anthology.

"Based on Washko’s extensive research in the seduction community, The Game: The Game exposes the unsettling, deeply misogynistic practices of a real community of men that gamify the unequal gender dynamics of everyday life."

The article, which was made with support from the Eyebeam Center for the Future of Journalism, features interactives by Washko and Aman Tiwari that chart the landscape of the male seduction community, an internet-fueled subculture that treats social interaction as a contest, with sexual conquest as the goal.

The article offers particular insight into the long trajectory of Washko’s research, and to her deep commitment to a laborious and emotionally taxing project:

Since 2006, she has played the online role-playing game World of Warcraft. Set in the fantasy world of Azeroth, WOW is massively popular and casually violent. The combination of its aggressive game space and the freedom of anonymity (players operate through avatars) make it fertile ground for sexism and other forms of discrimination. Washko was often the target of such behavior.

After repeatedly fielding sexist interactions with other WOW players over the years, Washko wanted to investigate why the player base tends to create an oppressive, misogynistic space, given the potential of a virtual fantasy arena to be more accessible and equitable than many real-world spaces. To do this, she began a project, The Council on Gender Sensitivity and Behavioral Awareness in World of Warcraft, in 2012.

The project served as an intervention in which she engaged random players in conversations about feminism and the ways the WOW community addresses race, gender, and sexuality.

These conversations on World of Warcraft led Washko to the “manosphere”—the “loose network of blogs, websites, and forums dedicated to myriad forms of online misogyny”—and to its central figure Roosh V. Washko began to focus her research on Roosh and the women he targeted, fueled in part by a 2014 Rhizome microgrant. These efforts led to no small amount of negative attention from the male seduction community, but Waskho managed to maintain a detailed, considered, and even empathetic perspective in her research.

When Washko began working on online misogyny in online gaming and the manosphere, these topics were considered to be of niche interest, of little relevance to the mainstream. She was one of a few figures who recognized their importance. In the intervening years, it has become obvious to even the least sensitive observer that gamified forms of toxic masculinity are now exerting influence on culture and politics at a large scale. Her work—the research shared today on The Nation, and the scenarios offered in The Game: The Game—can now clearly be understood as an important long-term view of the deep misogyny of online culture.