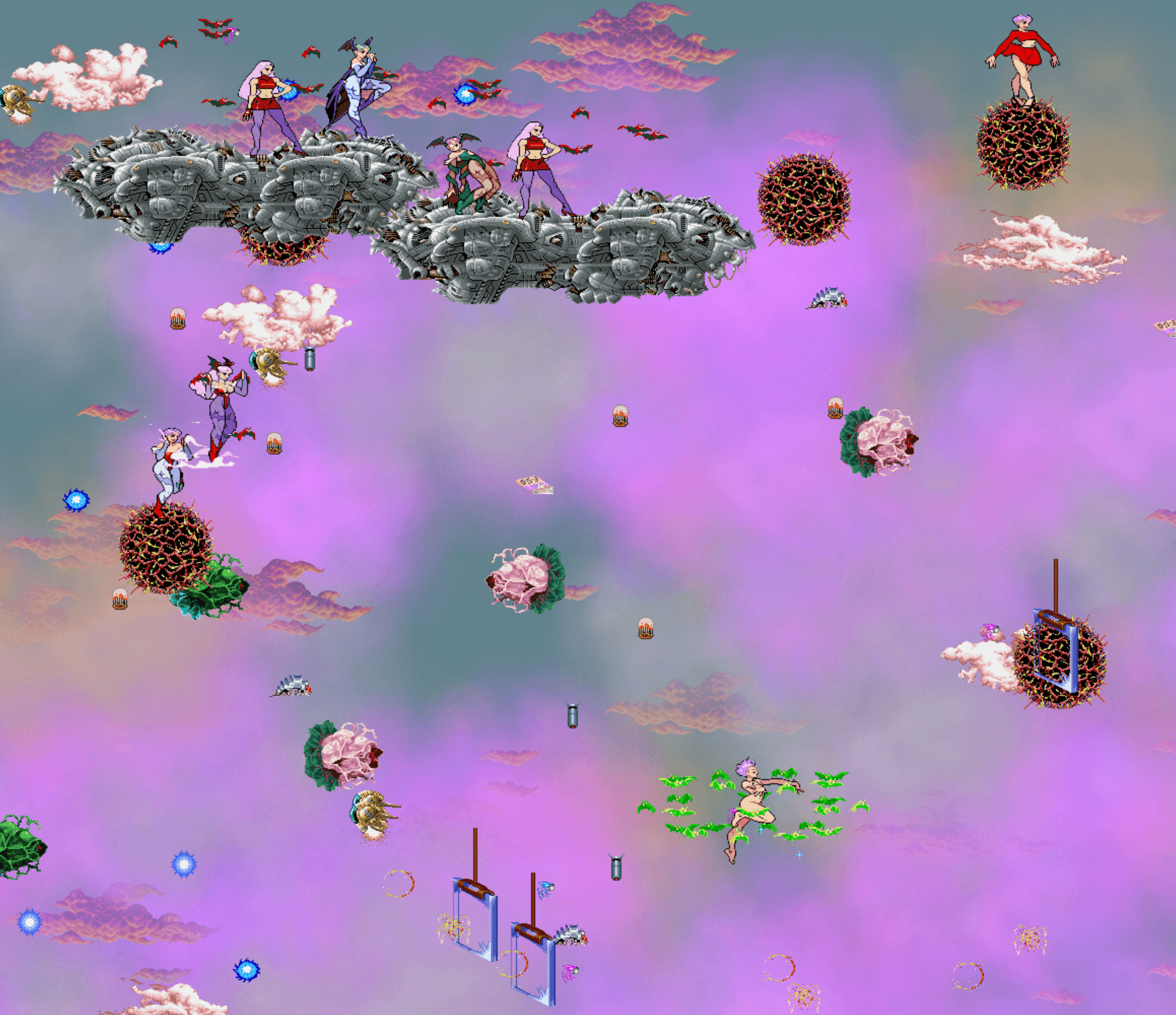 Black Room is now on view as part of First Look, an online exhibition series copresented by Rhizome and the New Museum.

The browser-based videogame Black Room (2018), which was completed with funds from Rhizome’s 2018 Microgrants program, opens with its insomniac protagonist trying to fall asleep using a self-guided meditation technique. While aiming to visualize an entirely dark space, thereby lulling herself to sleep, she becomes lost in thought, allowing fantasy and memory to intrude into her mental architecture. The game, which was constructed over several years, takes the form of a kind of labyrinthine memory (and fantasy) palace, where players may encounter new elements each time they play.

McQuater describes Black Room as a “feminist dungeon crawler,” through which she wrestles with issues of gender surrounding videogame culture at large and in her own lived experience as a gamer and artist. The work draws heavily on classic gameplay and makes use of female sprite characters lifted directly from classic games by fans.

Alongside these references to videogame culture, the work also serves as a reflection on the experience of the contemporary web. Resizing the browser window is a key aspect of gameplay, and rooms open across multiple browser tabs, giving the experience a sense of precariousness: Black Room is a memory palace to which one can lose access simply by closing the wrong tab.

Cassie McQuater is a Ventura, CA–based artist who works with digital media. McQuater received the Nuovo Award and an honorable mention for Excellence in Design at the 2019 Independent Games Festival for Black Room.

The Rhizome Commissions Program is supported by the Jerome Foundation, American Chai Trust, the National Endowment for the Arts, the New York City Department of Cultural Affairs in partnership with the City Council, the New York State Council on the Arts with the support of Governor Andrew M. Cuomo and the New York State Legislature, and individual donors.