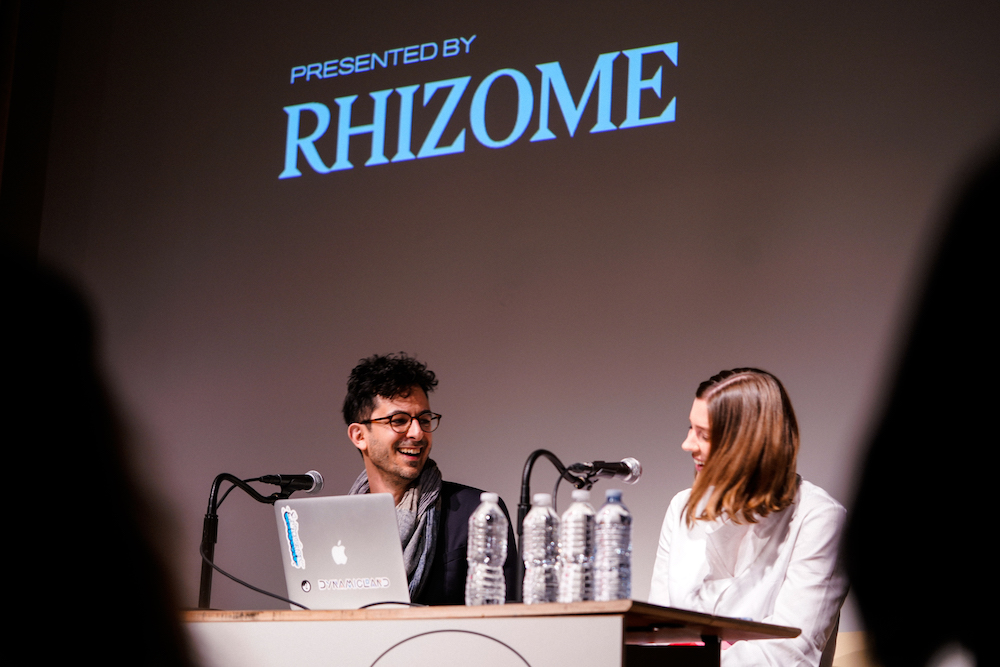 The historic tenth edition of Seven on Seven took place before a sold-out audience on May 19 at the New Museum, with an afterparty co-hosted by Impossible Foods at Spring Place. The participating duos revealed seven new art-tech projects, ranging from a Photoshop add-on to a make-up tutorial to a decentralized religion. The event also featured a presentation of digital art projects by third and fifth graders from PS317 in Queens (thanks to the support of Deutsche Bank) and a print publication on the state of culture and tech, created by Rhizome and Wieden+Kennedy NY.

At the close of the day, Rhizome revealed that the next edition of Seven on Seven will be presented in Beijing in October 2018 as part of the EAST Conference at the Central Academy of Fine Arts (CAFA).

Video of the full event will be online shortly. Photos from the dinner and afterparty, co-hosted by Impossible at Spring Place, can be seen on Rhizome’s Facebook page.

WHAT’S TO BE DONE: A Seven on Seven Magazine 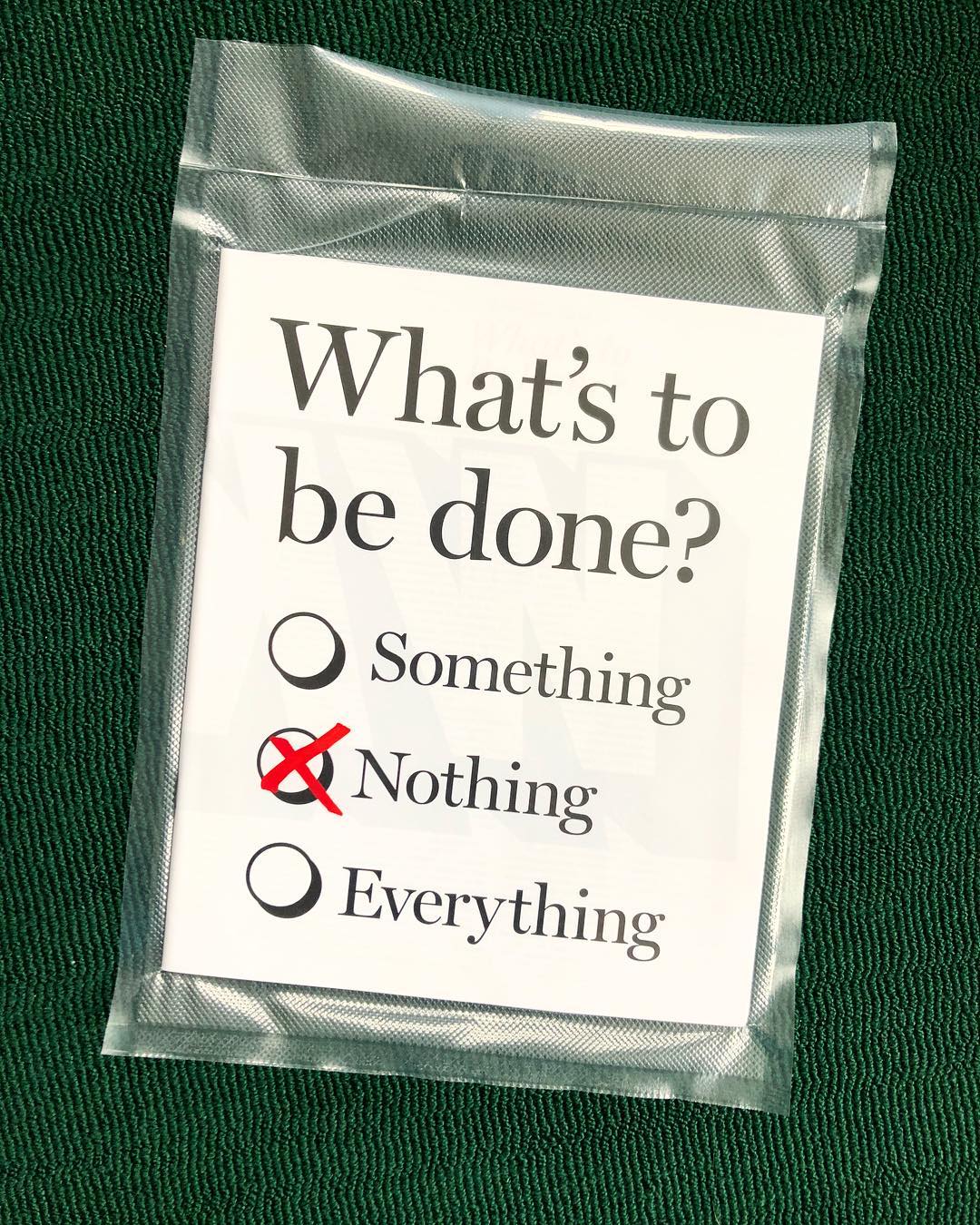 Marking ten editions of Seven on Seven, What’s to Be Done? takes stock of art and tech as seen by Seven on Seven alumni—Mike Krieger, Tracy Chou, Miranda July, Paul Ford, Kate Ray, Martine Syms, and Claire L. Evens—other luminaries—such as Paul Chan and Fred Turner—and, via an open call survey, the Rhizome community. The publication was edited by Nora Khan, Rhizome's Special Project's Editor, and designed under the direction of Richard Turley, Global Creative Director at Wieden+Kennedy New York. A limited number of magazines are avaiable by request to Rhizome members (contribute!)

Students made online artworks inspired by past works from Seven on Seven, including a quiz inspired by DIS and Rachel Haot’s Polimbo (from Seven on Seven 2017). Polimbo was designed to help users understand the potential consequences of policy decisions; the students’ version focused on the issue of whether phones should be allowed in schools. Students also made blingees inspired by Olia Lialina & Mike Tyka’s Blingee research from last year's Seven on Seven.

Cortright and Tashian’s project was the culmination of a friendship that stemmed from one of the technologist’s earlier projects, “Lost in translation,” which the artist had used to title many of her works. Their collaborative project was a new set of scripts for Photoshop which produced randomized interventions into Cortright's celebrated digital paintings, made on the app, which often comprise hundreds of layers of individual brushstrokes. Cortright usually exports the paintings from Photoshop at a “decisive moment” to a more finite form, on silk, aluminum, acrylic, linen, or paper, but this new set of scripts allows them to live on in a variable, ever-changing state.

The pair premiered chapter one of a new sci-fi book, Cardboard Friction, which explores the development of a distributed autonomous organization (DAO) against a tyrannical e-commerce company. Chapter one is available at http://cardboardfriction.com/, and was accompanied by a book trailer by culturesport.tv.

Raspet and Tseng began their project exploring potential to arbitrage phosphorous as a way to impact global energy consumption. When this project faced unexpected issues, they pivoted to cell.farm, which seeks to use blockchain technology to collectively model a ribosome, en route to one day modeling a full cell. Their white paper can be downloaded at http://cell.farm.

Tajima and Green explored the toxicity of Twitter speech by developing a series of bots generated from the accounts of celebrities and bigots. They then visualized the toxicitiy of various genres of online speech speech through an analogue sculptural kaleidoscope.

The pair premiered "0xOmega," a new consensus-based crypto-religion that aims to foster collective consciousness on the blockchain. The religion will launch with the future release of Omega, a token which empowers their followers’ participation in the faith. The pair additionally premiered the religion’s white paper—described by the duo as a “flame paper”—and its first sacred object — the Dogewhal — in the form of a 3D-printed totem and video created by Singer. (Read Forbes on their project.)

Rezaire and McDowell closed the event with a meditative session on the sonic origins of the universe, a means of communication, and a method of finding healing. McDowell performed musical compositions, while Rezaire narrated a guided meditation and philosophical reflection. Rezaire’s narration drew on vulnerable forms of knowledge held by cultures that are generally excluded from narratives of technological progress.

The event closed with the ringing of a gong, as participants slowly came back to themselves. 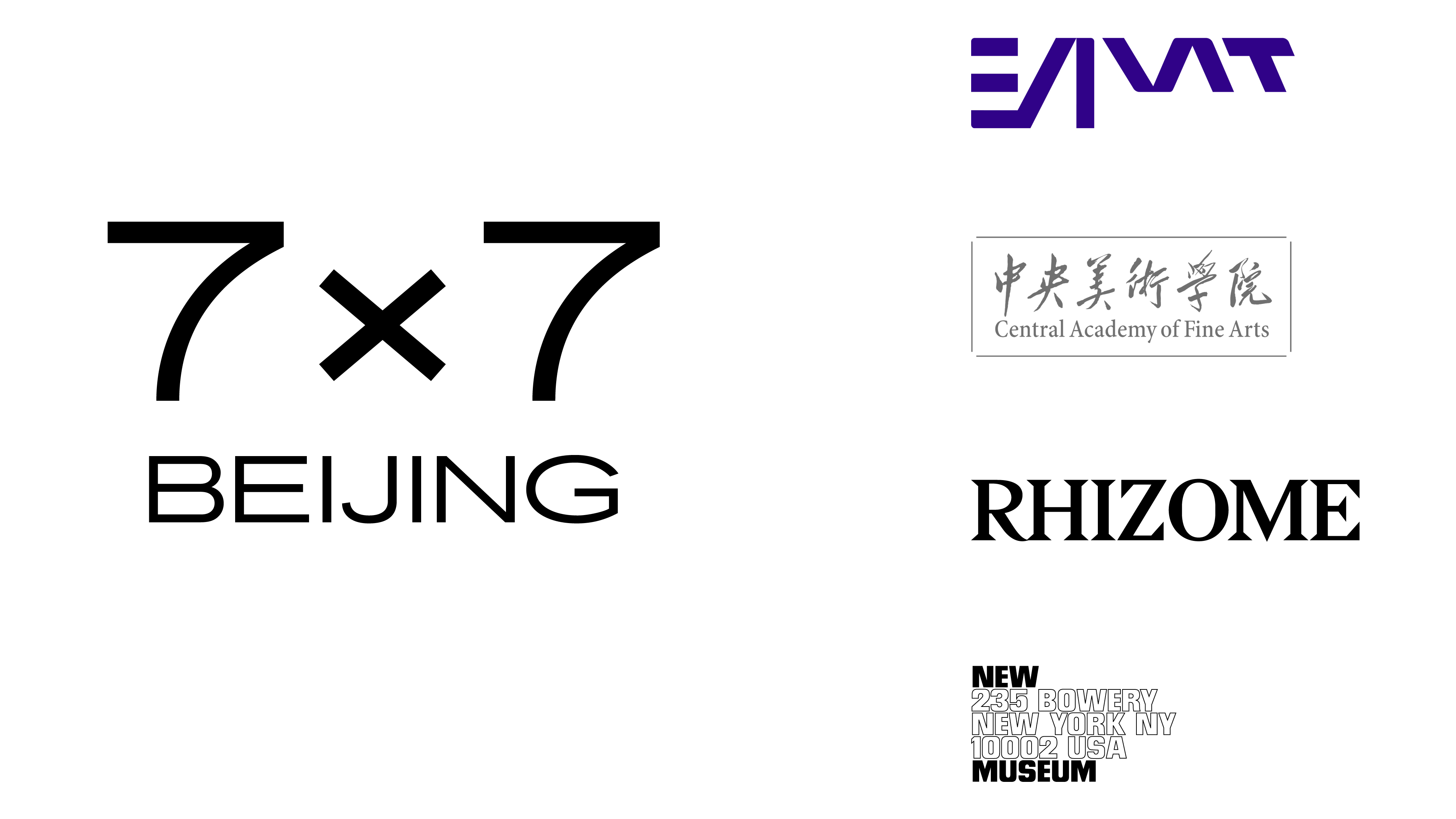 Rhizome's Executive Director Zachary Kaplan and, via video, Qiu Zhijie, Director of EAST (Education, Art, Science, and Technology) and Dean of the School of Experimental Art at the Central Academy of Fine Arts (CAFA) in Beijing, announced that the next edition of Seven on Seven will be held at the school in October as part of their 2018 EAST conference. This program is jointly organized by Rhizome's curatorial team and Baoyang Chen, organizer of the EAST conference. Details to be announced in the coming months! 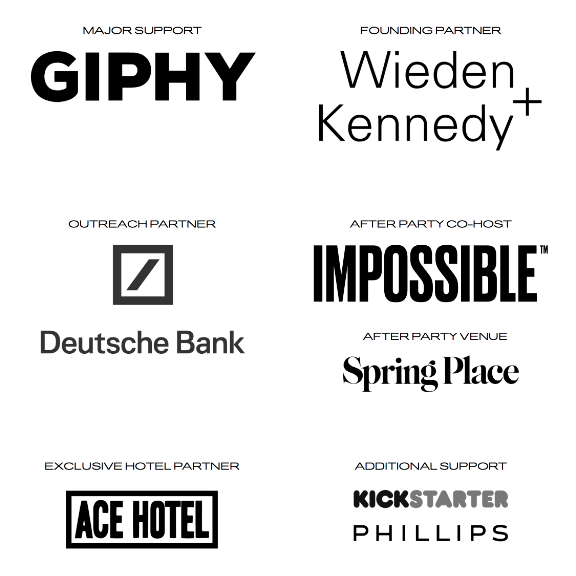