Swipe Right if You Love ISPs
By Ethan Chiel 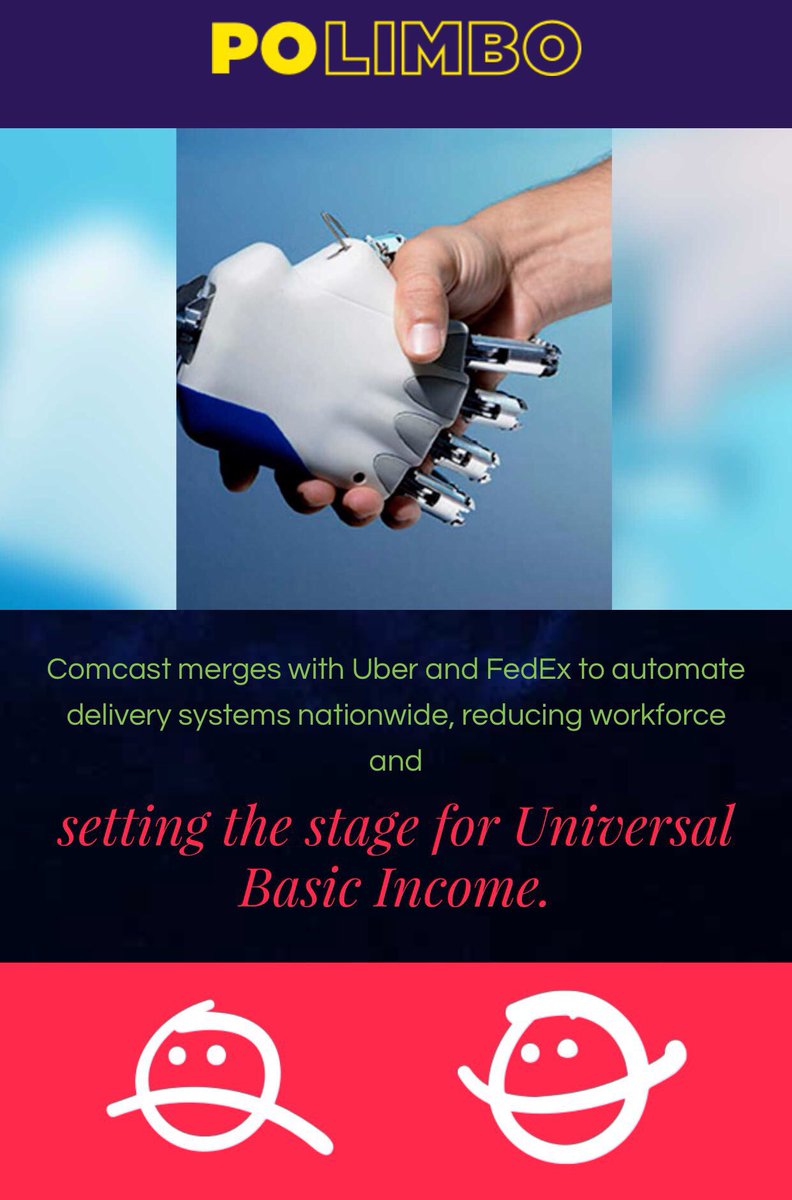 Polimbo by DIS and Rachel Haot is part of First Look: Real Artists Ship, a selection of works from recent editions of Seven on Seven.

The FCC has announced that net neutrality will expire in the US on June 11. This Wednesday, the US Senate will vote on a measure that would reinstate it; this measure is currently one vote short of passage. Email or call your Senator today.

Polimbo (the name is a portmanteau of “Policy” and “Limbo”) is a policy education tool presented in the form of a quiz. The app presents player with a number of scenarios which connect back in one way or another to net neutrality. Some of those scenarios are more science fictional than others — a world where video conferencing calls almost never freeze is probably closer at hand than one where “Data Police track data obesity and waste” — but all have to do with the flow of data and how much control corporate and government entities, real or imagined, have over that data.

For each scenario the player swipes left or right, indicating disapproval or approval. After twenty swipes the player is given their result: either their choices indicate they’d prefer a world with net neutrality rules in place, or the reverse. Each result also comes with a list of politicians and civil servants who feel similarly.

The app was conceived of by members of the DIS collective and Rachel Haot for Rhizome’s Seven on Seven conference last spring as an experiment in familiarizing people with sometimes difficult-to-grasp public policy. Policy is often complex and abstract, even when it has very real and material consequences, and the point of Polimbo was to offer a slightly tongue-in-cheek way to clearly and simply connect policy to those consequences. I can tell you that with some certainty because in the run-up to Seven on Seven last year, I helped DIS and Haot with research on what eventually became the net neutrality scenarios presented by Polimbo.

Like its swipe-based forebears, dating apps such as Tinder and Bumble, Polimbo’s decision tree doesn’t have a neutral option. The player has to choose whether they like the scenario the app confronts them with or not. The idea was that throwing some uncertainty into the mix and muddying the waters of what’s good policy and what’s bad policy and then forcing players to choose might make them better think through and better analyze the reasons for and consequences of their positions.

Assessing the game frankly, we probably didn’t do a very good job of muddying the waters. If the speculative prompt “your content is flagged as a low-level national security risk, and your site is subject to broadband speed penalties” didn’t give away where those of us in the room when the game was made stand, one of other nineteen probably did: we were broadly in favor of net neutrality. Many of the prompts on Polimbo were tweaked to make them less dystopian, and others were tossed in production because the stories they told were too obviously sinister, but our own thoughts and opinions are clearly present. That isn’t to say there wasn’t a genuine attempt made to allow for the ser to find themselves on either side of the net neutrality debate. However, in practice, all but the most zealously devoted Verizon shareholders and/or libertarians were probably presented with the result “You are for Net Neutrality” and photos of the beaming faces of Barack Obama and erstwhile FCC Commissioner Mignon Clyburn.

By intimating (even jokingly) that Polimbo was a neutral platform, we weren’t necessarily forthright about the opinions and intentions that we held about net neutrality, except in a wink-wink-nudge-nudge sort of way. Thus, the app was less a way for player to determine their opinions on policy than an effort to persuade–an effort to prompt players to think through some of the possible consequences of net neutrality’s rollback.

Winking and nudging is fine, even ideal, for art, but it’s a little too subtle for policy, especially so for a policy debate over something as poorly named, deeply complex, and politically contested as net neutrality. And so, if we could do it all over I would give the player have more information, to show them that these scenarios aren’t just stories or jokes. Tell them everything, or at least everything that occurs to you as designer, researcher, artist, wonk, whatever. If Polimbo’s net neutrality quiz felt like a speculative dystopian experiment in May, now it feels urgent and real, with looming consequences for the player. They’re just a person trying to make their way in a world of often complex policy, and it behooves us to be forthright with them. It’ll be the best way, when it comes to that policy, to allow them to play without being played.