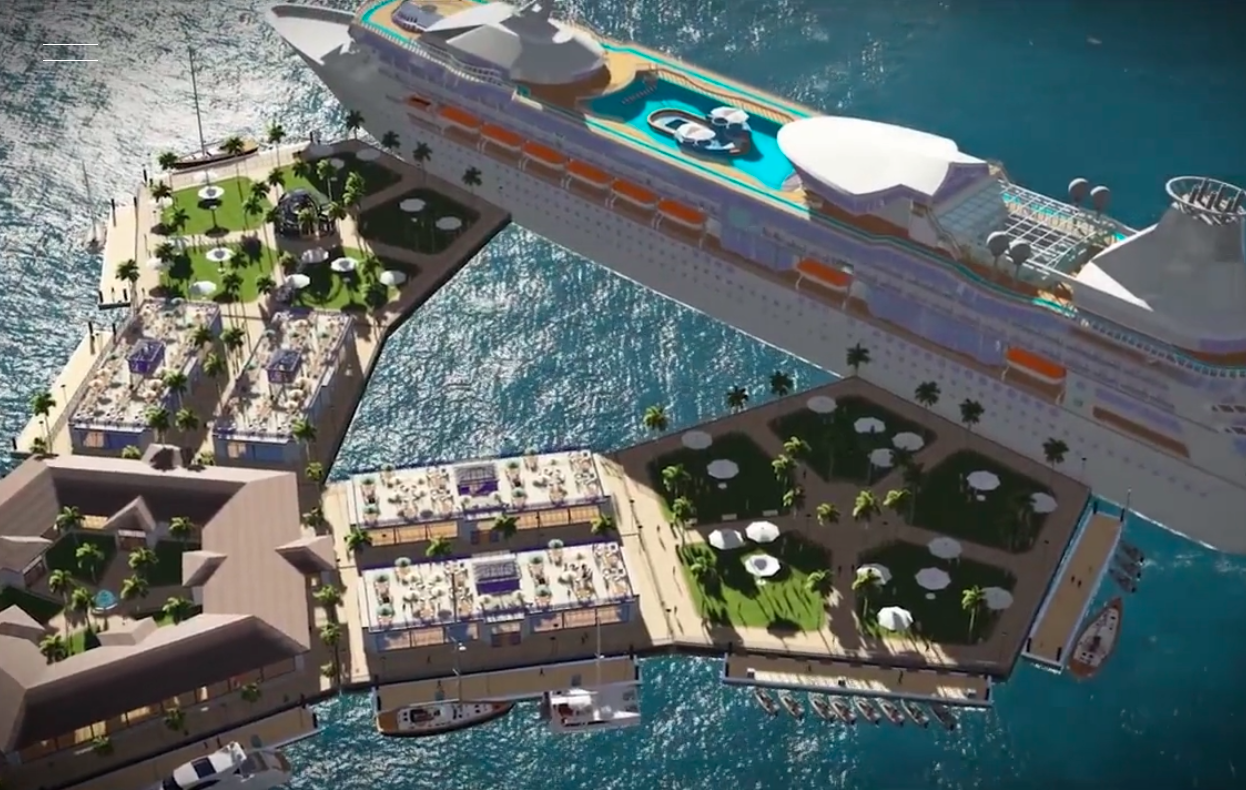 On May 15th through 18th of last year, the Seasteading Institute (SI), a nonprofit devoted to creating aquatic utopic micronations outside of any and all tax codes, held a conference in French Polynesia. Its purpose was to introduce seasteaders to the citizens of the country which would, potentially, soon be hosting the SI’s “Floating Island Project.” Also in attendance were filmmakers Jacob Hurwitz-Goodman and Daniel Keller, who were shooting what would become the short documentary “The Seasteaders,” which was released Sunday on DIS. Part of Hurwitz-Goodman and Keller’s agreement with the SI was that the institute would have access to all of their footage, with the ability to recontextualize. The Institute had its inception in the fevered libertarian dreams of Silicon Valley and was backed financially by the infamously litigious Peter Thiel; these are people who obviously know their way around a contract. Eight days before the film’s release date, the SI released its own short documentary, also entitled “The Seasteaders.” The SI’s trailer mimics DIS’s trailer to a startling degree. 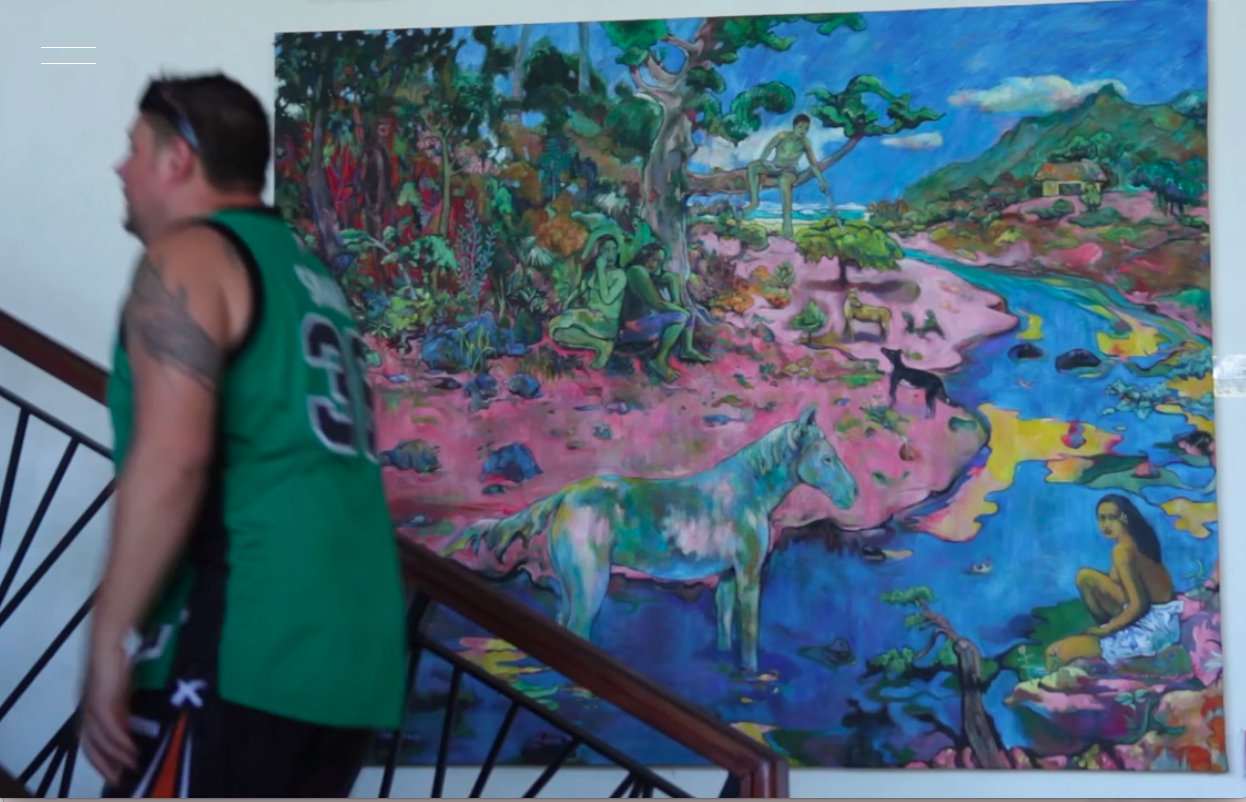 Despite the similarities of the trailers and the use of the same footage as source material, the two films are radically different. The DIS cut focuses on formal and informal interviews, while the SI cut upfronts the conference itself. The DIS film opens with the SI gang, represented in this cut as mostly meme-worthy “old white dudes,” hanging out at a seaside resort, eating conference food, and getting bussed around as on any package tour. The attendees and official SI representatives stay on-brand, producing a mélange of corporate-speak and libertarian political ideology (both perhaps best represented in the phrase “special economic sea zone”). Taxation is treated with the obsessive hatred usually reserved for original sin. At one point, Joe Quirk, the SI’s president and head “seavangelist,” relaxes by a picturesque pond in a polo shirt, speaking about how people from “the developing world” are “excited” to work with the project. (Note: French Polynesia is listed as a high income nation by the World Bank.) While Quirk speaks, Hurwitz-Goodman and Keller show footage of a resort worker operating a leaf-blower. We are meant to assume she represents a general idea of a long-suffering labor force, whether in developing or developed nations, that the SI will soon be exploiting. 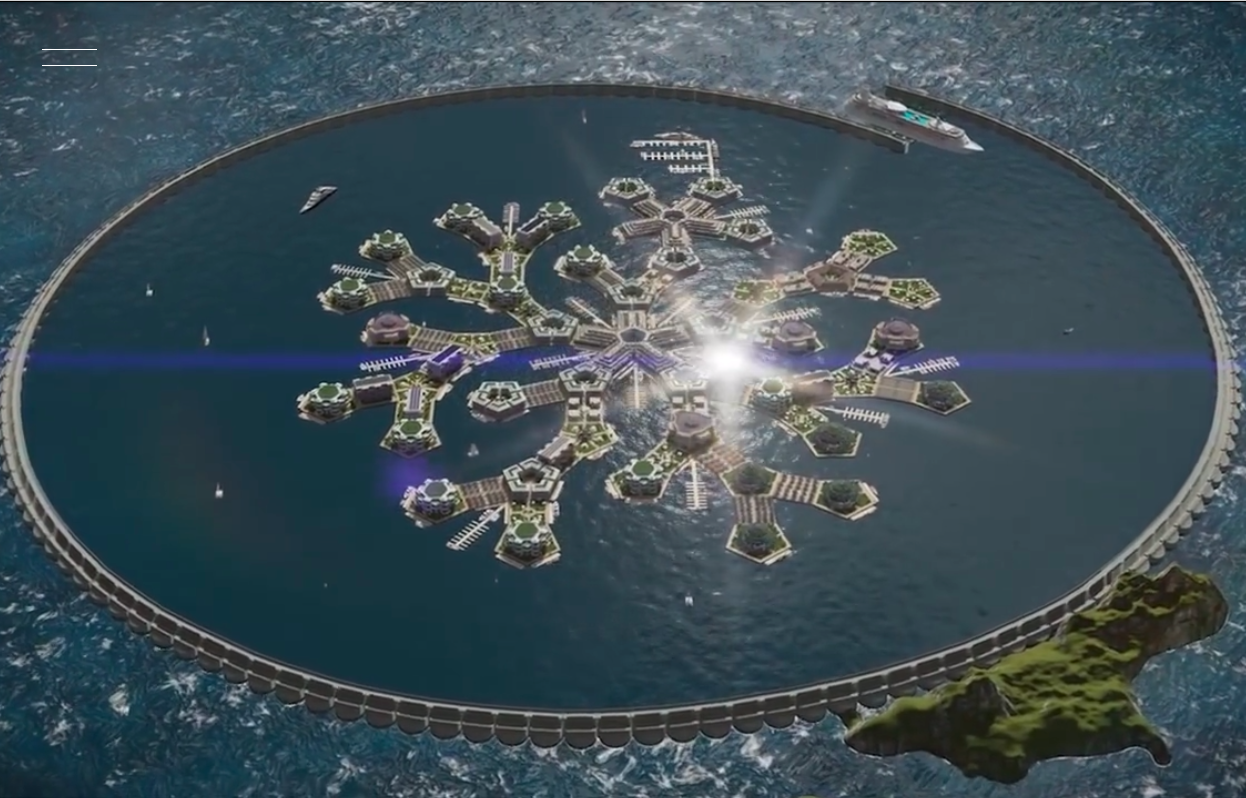 The seasteading ideology really starts to get feral during an extended interview with Caleb Sturges, of the SI’s Economic Impact Team. He declares democracy ineffective and speaks of his interest in transhumanism and the neoreactionary movement (NRx), a radical right-wing separatist-monarchist crusade. (Patri Friedman, co-founder of the SI, has shown his familiarity with the work of NRx essayist and cheerleader Nick Land, and Thiel has ties to NRx frontman Mencius Moldbug.) Sturges suggests that his own personal plot of sea-land (“Caleb’s World”) will be an oligarchy with limited voting rights. None of the attendees at any point speak about their love of the ocean, or even water.

The SI’s cut of the footage emphasizes French Polynesian attendance and enthusiasm, as well as female attendees. (At one point during the DIS film, Randy Hencken, the SI’s managing director, attempts to convince his [female] partner that seasteaders are not primarily male. This leads to the unfortunate phrase “she-steaders.”) Despite a lingering air of dread throughout, cast by repeated mentions of Tahiti’s vulnerability to climate change, this film is ultimately inoffensive, blanked-out corporate propaganda. Certainly no one suggests ending democracy or destroying the nation-state with a new political technology. Sturges is seen once, briefly, and utters not a word.

Hurwitz-Goodman wrote to me. He said that he was fascinated by the SI’s cut of the footage, calling it an “exercise in editing and representation,” and a nod towards the inherent subjectivity of any documentary. However, the filmmakers and DIS are extremely concerned by the SI’s move to hijack the film’s SEO, down to imitating its trailer and duplicating its title. While reactionary groups routinely decry the destruction of freedom of speech by progressives, they will often seek to suppress any critical perspective rather than engage with it. The official position of the SI may be post-political, a vision of  a “Cambrian explosion” of new forms of government through implementation of its proposals, but its tactics demonstrate that its ideology is a weird admixture of various libertarian sub-styles, anarcho-libertarian, dark transhumanist, bland corporatist, Moldbug’ian, and that it is committed to covering the darkness of this ideology through corporate branding-speak.

The SI has not yet responded to inquiries for comment. Friedman claimed he has not yet had time to watch the DIS film.

Header image: still from “The Seasteaders” by Jacob Hurwitz-Goodman and Daniel Keller (2018)