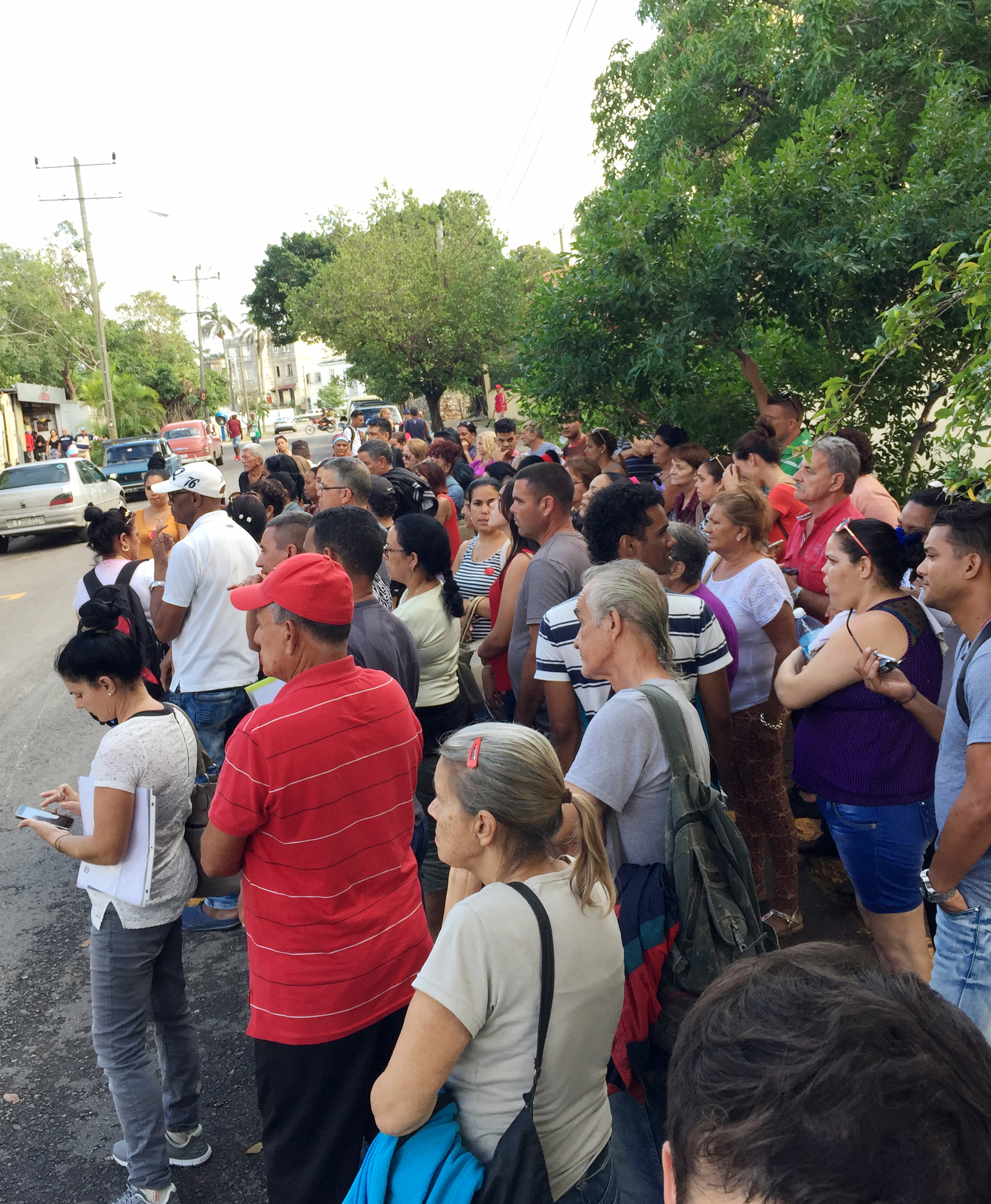 The scene outside the Colombian embassy in Havana last Friday.

In December 2016 U.S. government workers in Cuba reported hearing strange sounds that made them sick. Employees of both the US and Canadian embassies in Havana described experiencing hearing loss, vision problems, and memory issues​. In response, the State Department pulled most of its personnel from Cuba in September 2017 and indefinitely suspended the processing of all US visas.

In the past few months news has emerged that: the FBI has yet to uncover any evidence of “sonic attacks” despite four operational investigations; the Castros blame the anti-Castro mafia; and that whatever is happening may in fact be perpetrated by the Russians. While this international mystery unfolds one group suffers the most. Cubans attempting to legally travel to the United States—to see family, to study, to travel, or do business—must now fly to a third party country to appear in person at a US Embassy as part of their routine visa process.

My collaborator Nestor Siré, who I've been working with for nearly two years, and Yonlay Cabrera, who we invited to participate in our project !!!Sección ARTE [No.11+Rhizome] (2018), are scheduled to present along with myself and Lizabel Mónica at a New Museum event on February 1. Over the past several weeks we have spent countless hours and more than $2,000 from our Rhizome Commissions grant and the event budget attempting to navigate this process.

As a first step, Nestor and Yonlay planned a trip to Bogotá to apply for a visa at the US embassy there. Before traveling, they had to first submit visa application paperwork through a US website that is blocked on all Cuban internet connections and use an international credit card to pay for non-refundable processing fees. Upon receiving confirmation of their appointment, they got in line, along with thousands of other Cubans, at the Colombian embassy in Havana.

They were asked to present paperwork documenting access to the equivalent of seven years of salary in a savings account, which they were unable to do, and their application was denied.

In a last-ditch effort, Rhizome organized letters of invitation for Nestor and Yonlay from two cultural organizations in Bogotá, one of which miraculously arrived within two hours of a call put out on Twitter. But by that point, there were simply too many people in line at the Colombian embassy, and they were unable to get a visa in time to keep their US visa appointment in Bogotá.

Now Nestor and Yonlay are in Guyana, one of the few countries in the region that doesn’t require a visa for Cuban travelers. They will remain in Guyana for the next 15 days as their nonimmigrant visa application is processed at the US Embassy in Georgetown. If their visa is approved they will have spent three times longer in Guyana than they will in New York.

We’ll be sharing their process between now and the event via Nestor’s Instagram, and on Rhizome’s Twitter and Instagram. Nestor will post once a day with documentation of the experience and the steps that must be completed to obtain a US visa from Guyana. Please follow along, and join us for the presentation at the New Museum on February 1st.