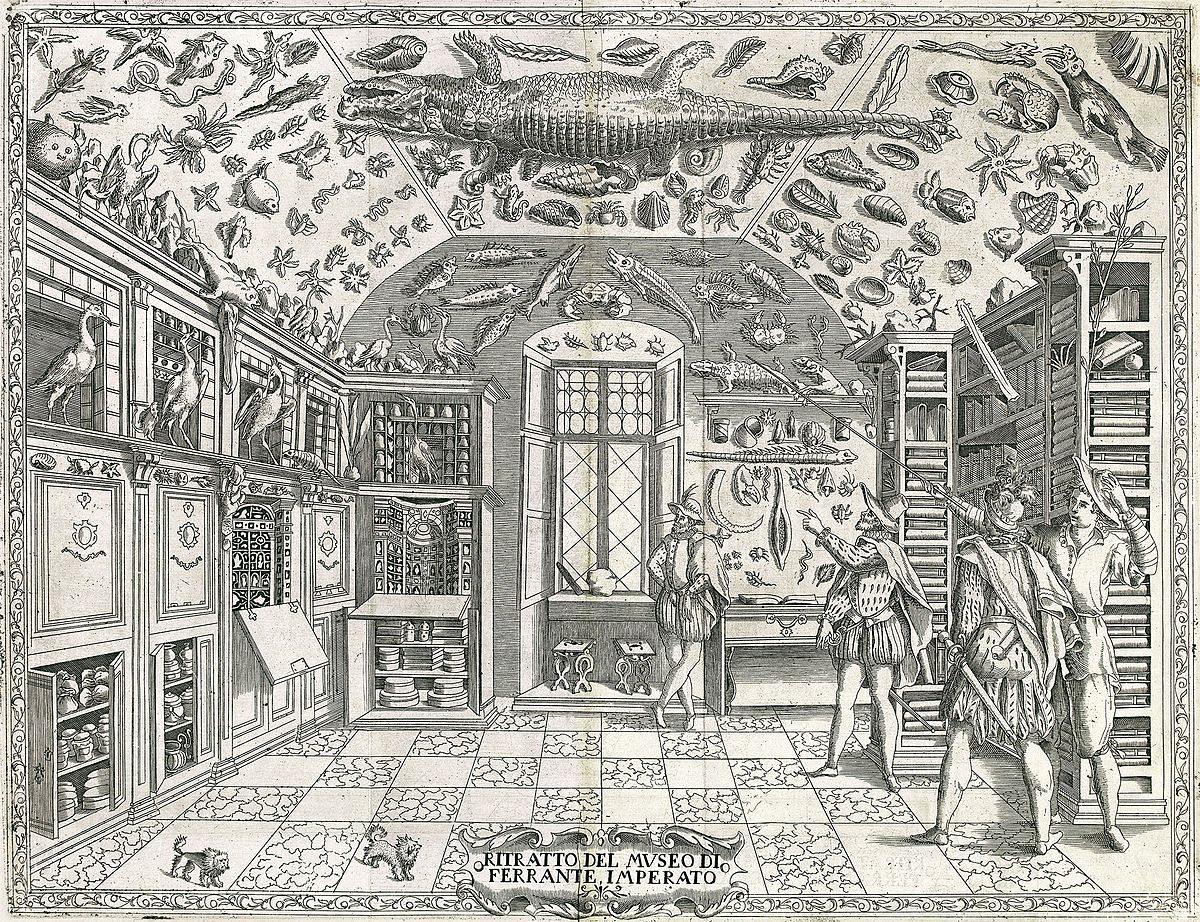 This report is published in partnership with DAOWO, a series that brings together artists, musicians, technologists, engineers, and theorists to consider how blockchains might be used to enable a critical, sustainable and empowered culture. The series is organized by Ruth Catlow and Ben Vickers in collaboration with the Goethe-Institut London and the State Machines programme. Its title is inspired by a paper by artist, hacker and writer Rob Myers called DAOWO – Decentralised Autonomous Organisation With Others.

When discussing the uses and implications of blockchain at “Reinventing the Art Lab on the Blockchain,” a workshop and panel held at the Goethe-Institut in London on October 26, conversations pivoted around a central concern: while the decentralized structure of blockchain may liberate us from centralized powers such as banks, the highly precise identification and registration of data through automated transactions can reduce meaning to code and trap us in totalizing systems.

Order is both clarifying and restrictive. In the panel discussion, curator Helen Kaplinsky and artist Hito Steyerl drew similarities between the Victorian cabinet of curiosities and blockchain: both reduce the individual to its category. Looking at a stuffed bird, arranged in a cabinet of curiosities, fills us with both wonder and revulsion. This exotic animal, once full of life, is abstracted. Something of its beauty may be captured in the taxidermy, but essentially it has become a sad specimen, categorized in an index of the species. Moreover, creating a cabinet of curiosities asserts mastery over others: the Victorian aristocrat affirms their wealth and social hierarchy through the act of collecting, ordering and display.

This oscillation between freedom and entrapment could be seen throughout the workshop conversations. After an introduction by Ruth Catlow and Ben Vickers, instigators of the DAOWO series, the participants—a mix of artists, researchers, technologists, entrepreneurs, and public institutions—were divided into four groups each led by an arts practitioner who had been experimenting with blockchain. The groups were asked to explore how blockchain is affecting the arts and to delve deeper into the pragmatics of applying blockchain to specific scenarios. This led to more questions than answers.

Blockchain in the art ecosystem

Houlgrave shared her research charting the use of blockchain in the arts. From authentication of artworks to digital currency payments and resale rights, the sheer number of companies offering blockchain-based services highlights the speed at which blockchain is being applied to the arts, especially the art market. With so many competing entities, many with little understanding of the art they seek to “disrupt,” the question became: how might best practices, standards, and ethical guidelines emerge?

Kaplinsky’s group took the “Temporary Custodians” project, a fundraising initiative and artwork, as a use case to explore investments that are blockchain-enabled and cooperative. Models such as Temporary Custodians offer new ways to think about how we sustain the arts, but as the ongoing Ethereum fork debate has shown, gaining consensus in shared ownership structures is a challenge that technology alone can’t solve. With a range of competing values at work in the arts—from making money to supporting experimentation—how do you agree what’s best?

Blockchain as a memory bank for art

Mark Waugh, on behalf of the Design and Artists Copyright Society (DACS)

Once sold, artworks may be resold and inherited many times over. Waugh explained how DACS is experimenting with blockchain as a way of managing the complexities of artists’ resale rights and assuring provenance. He also put some of the emerging practical and theoretical challenges to the group. This led to the question: how can we ensure that the use of blockchain does not inadvertently reaffirm existing inequalities in the circulation of art? For example, if blockchain becomes a memory bank for art, one effect could be to marginalize work that is ephemeral or philosophically opposed to entering into contracts.

Inspired by Furtherfield’s Do It With Others (DIWO) collaborative ethos and blockchain-based, self-sustaining artworks such as Plantoid, Catlow asked her group to explore how blockchain could be used to create art and sustain artistic practice. Can blockchain help generate the resources needed to sustain art making as an end in itself, rather than at the service of the market or other imperatives? What models of coordination and new formats for production would be needed? 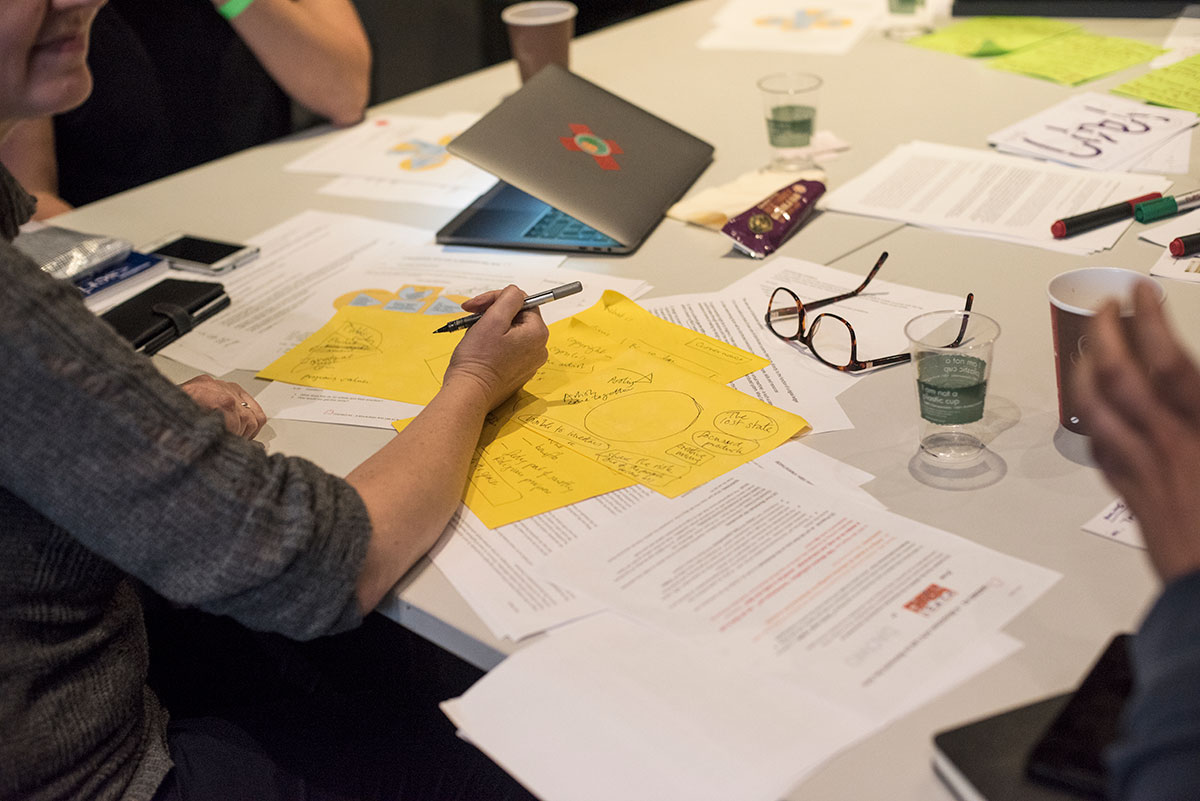 Blockchain may be used to free us from centralized power structures and increase artistic agency, but may equally reinforce existing inequalities and reduce meaning to code. What values should blockchain serve?

The conversations held in the working groups were evidence that a complex array of values are at work when we apply blockchain to the arts. The design and structure of technologies such as blockchain are shaped by the values of whomever develops the system—largely fintech startups and major tech companies. The mix of perspectives among workshop participants also highlights the range of competing values already at work within the arts, for example within commercial or not-for-profit galleries. Given this complexity, initiatives such as the DAOWO series play a vital role in helping us understand the pros and cons of using blockchain in any given scenario. This is necessary if the arts are to rise above the potential limitations and hazards of blockchain, and as the DAOWO instigators intend, focus on how blockchain can “enable a critical, sustainable and empowered culture.” Gaining consensus on what values inform the culture which DAOWO aspires to may turn out to be the biggest challenge of all. This is a political and moral challenge rather than a technical one.