I Cook Every Chance in My Pot
By Dean Kissick 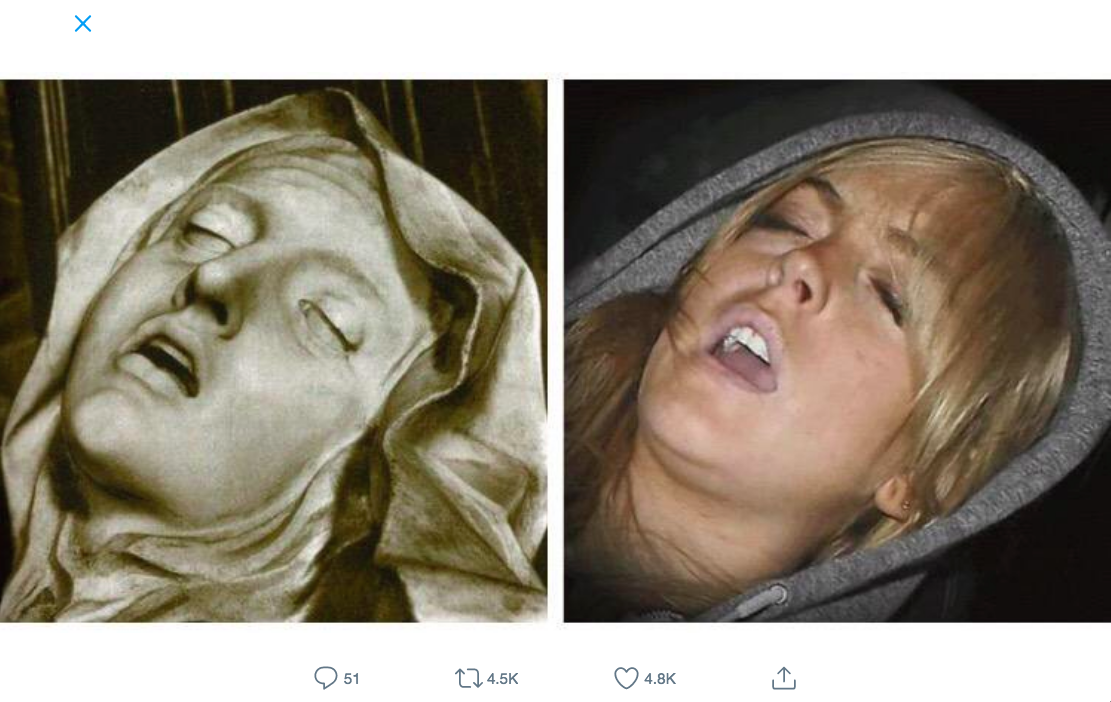 This article accompanies the inclusion of Oliver Laric's Versions (2010) in the online exhibition Net Art Anthology.

In the iconoclastic riots of Reformation Europe, where the voiceover of Versions (2010) begins, images were degraded, smashed into cobblestones, discarded in pigsties and charnel houses, or made into something new. Some would be salvaged and eventually found their way into the hands of museums, where, centuries later, Oliver Laric would make 3d scans of their forms and reproduce them in different materials, in polished epoxies and polyamides, or render them as animations. In 1608, a statue of the Virgin Mary was taken down from the façade of Basel’s town hall and reimagined as an allegory of Justice simply by replacing the baby Jesus with a set of scales, and here she has been repurposed once more as a rendered scene in Laric’s film and an allegory of repetition, rising before us out of his glistening black digital gloop. “A sculpture,” his narrator explains, quoting Boris Groys, “cannot merely be copied but always only staged or performed.” Every representation is a flow. 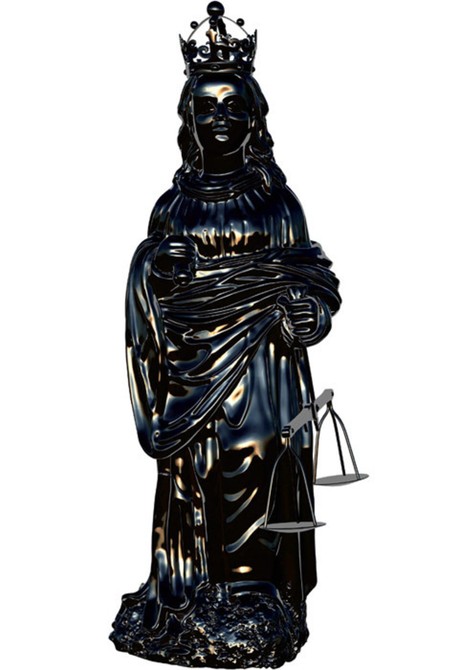 The library of Aby Warburg, a wealthy Hanseatic banker’s son with a singular vision of the history of art, was moved from Hamburg to London in 1933, four years after his death, because of the rise of Nazism in Germany. While studying Italian Renaissance art in Florence, Warburg had become convinced that many of these supposedly revolutionary artworks had their roots in astrology, magical beliefs and esoteric ancient religions and, as such, were just another passage of the neverending waltz of symbolic images and icons across time. He believed that their poses were parts of a visual language that has been passed down through the ages, and that the power of these poses only increases with each staging. Laric’s narrator advances a similar claim when she observes that, quoting Anthony Hughes, “Multiplication of an icon, far from diluting its cultic power, rather increases its fame.” Conversely, when an image is debased, when it’s spat on, pissed on and shat on like the Catholic statues in the streets of Basel where we started, its powers are curtailed; this is why so many of us hope to see the president being pissed on in a suite of the Moscow Ritz-Carlton, and why his “Piss Tape” has achieved the necromantic status of a kind of 21st-Century relic, and the latest in a long history of degradations going back to red-figure paintings of Danaë and the Golden Shower decorating Ancient Athenian pottery.

Aby Warburg also came to believe that his philosophy of images could only properly be expressed through an installation of images, and so he began to construct his Mnemosyne Atlas (Mnemosyne being the Greek goddess of memory) by pinning constellations of interrelated poses and expressions onto large black linen boards. The boards have since been lost but the Atlas survives in photographs, in yet more reproductions, which now decorate the stairwell of the Warburg Library, and I’m reminded of these every time I see a post comparing modern celebrities to old masterpieces, and also by Versions, which feels like a new kind of Mnemosyne Atlas, one able to trace how not only poses but also movements and dances recur over and over again. 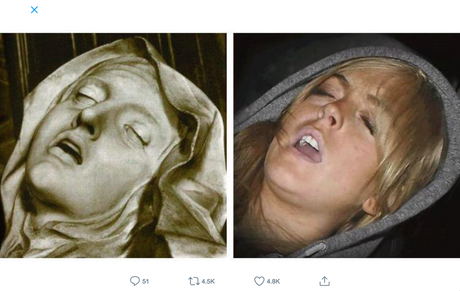 When I first watched Versions at Frieze, in 2010, at what was a very optimistic, euphoric moment for most net artists, it already carried an air of exhaustion around itself. In this telling, the digital age wasn’t going to hyper-accelerate us into another dimension but rather help us to connect everything together and realize that it’s all the same; it was going be a plateau where suddenly we can rise above the landscape, above the Disney rainforests and rolling meadows, and observe the whole world repeating under us, and see the waves on which we’ve been riding for tens of thousands of years, since we first started painting on the walls of the caves of Sulawesi.

“What if some day or night a demon were to steal after you into your loneliest loneliness and say to you: ‘This life as you now live it and have lived it, you will have to live once more and innumerable times more,’” Friedrich Nietzsche wrote in The Gay Science (1882). “Would you not throw yourself down and gnash your teeth and curse the demon who spoke thus? Or have you once experienced a tremendous moment when you would have answered him: ‘You are a god and never have I heard anything more divine.’” There’s something obsessive inside of us: a tightening loop, a romantic pursuit of the infinite. In the pessimistic reading, we may be doomed to repeat our mistakes and to make the same things over and over again. But perhaps, through these endless recurrences, our understanding can become greater, and our versions more transcendent, as images not only gain power but also slowly reveal their essences.

DEAN KISSICK is a writer based in New York.