Black Pyrotechnics: On the New in ‘New Black Portraitures’
By Che Gossett 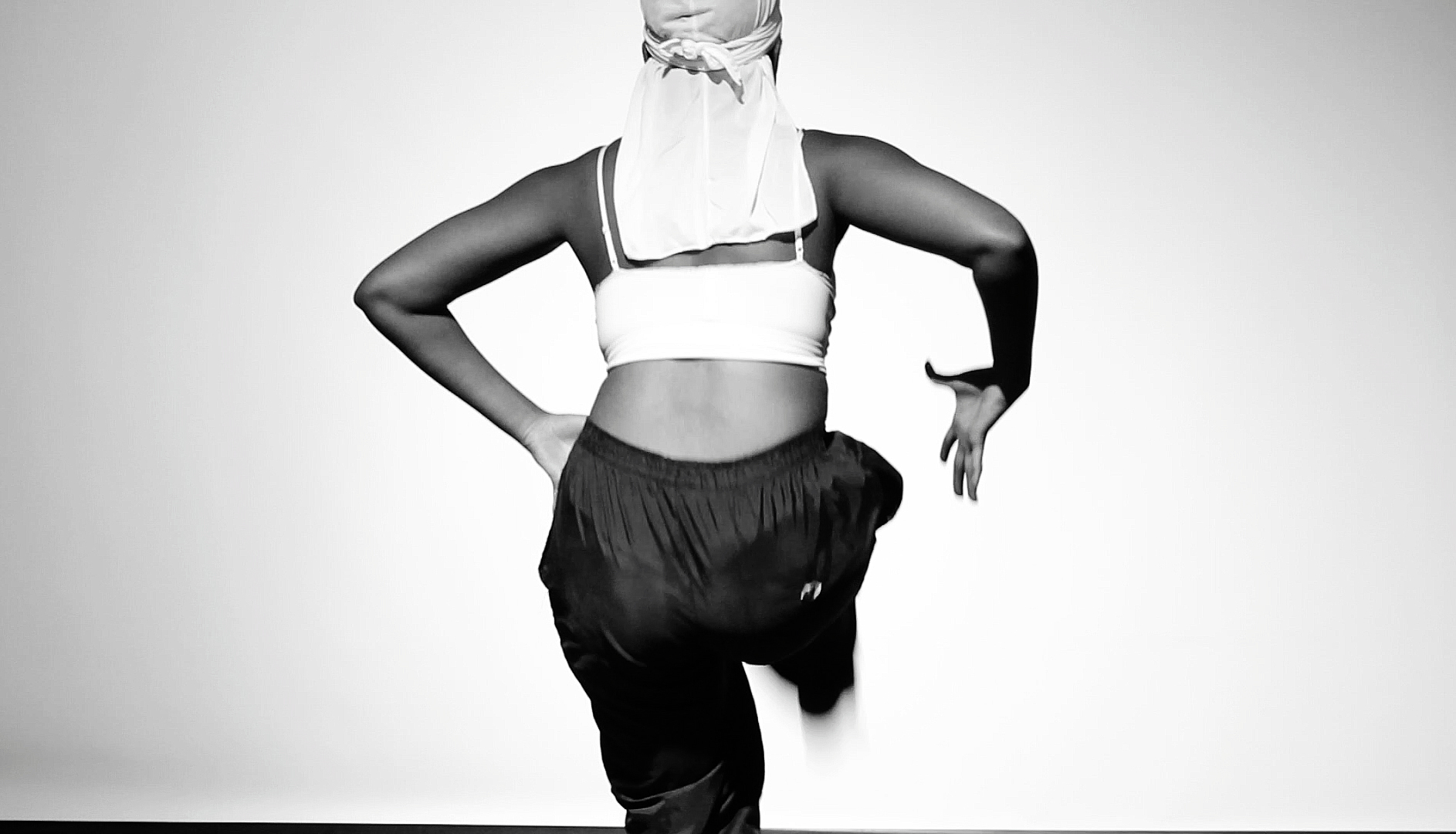 The powerful work in “First Look: New Black Portraitures” forces a confrontation, and beckons the question, what exactly is new about new black portraitures? Perhaps the “new” is the event of disruption that occurs whenever blackness enters the scene, the way blackness interrupts and corrupts technologies of the visual, data and archives: in this case, portraiture. Perhaps the “new” is the phenomenal way in which these prolific, brilliant artists explore how blackness destabilizes technologies that seek to render it legible, especially through the figuration of the face. Perhaps the new here might be thought of in terms the explosive force of these artists’ works: black (pyro)technics.

Each of these artists reconfigures the problematic of the portrait anew, and in remarkable ways. Each troubles what exactly portraiture is said to be, undermining its historical protocols and artistic conventions – they offer a new political vernacular of the portrait itself. Portraiture has been a flashpoint of racial antagonism and, in the words of Lorna Simpson, “guarded conditions.” The pseudo-event of “emancipation”—what Saidiya Hartman calls the “non-event of emancipation”—means that the afterlife of slavery is always already embedded in every media interface—video, television, film, and now online and on social media—and forever liable to be transposed onto it. In the digital afterlife of slavery, the image is further operationalized as a site of biopolitical surveillance and racialized capture. The virality and circulation of black suffering and death online, on “social” media, discloses the recursive, never-ending loop of anti-black violence, the bound(ed) infinity of its circulation.

Each of the artists in “New Black Portraitures” confronts the face and faciality as a site of anti-black surveillance, and also offers new methods and forms of portraiture in resistance. In A Thousand Plateaus, Deleuze and Guattari, in a critique of Levinasian ethics of faciality, argue that the face is racism’s portrait. Contrary to Levinas, whiteness is an originary facial recognition technology. For these artists portraiture is sabotaged and re-assembled via blackness. “New Black Portraitures” takes us into what Deleuze and Guattari call “the black hole of subjectivity.” 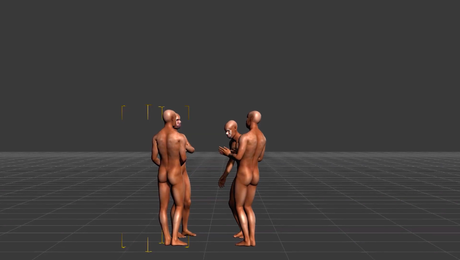 Sondra Perry’s film, It’s In the Game ‘17, opens with Marvin Gaye’s and Diana Ross’s “You Are Everything,” mixing in the lyrics, “As she turned the corner/I called out your name/I felt so ashamed/When it wasn’t you, wasn't you […]  You are everything, and everything is you.” Perry ruminates on blackness, the vast distance between iconography and historical record and the visual archive of the figures in blue, sculptures that are universally heralded signifiers of history, colonial treasures, and the personal archive of the family photo, and the portrait. We can read the film as Perry thinking through the disjuncture created by the archive of anti-blackness and the anti-blackness of the archive. That disjuncture between when one’s image (sculptural) is treated as singular achievement, and when one’s history and image is subjected to historical erasure. Perry shows how blackness warps the racial geometrics of facial recognition. Facial recognition technology functions as a truth procedure, seeking to render and establish the fact of blackness.

Here, Perry’s work overlaps with Rindon Johnson’s Away With You, which also speaks to how blackness exceeds computational capture through dis-individuation (un-trackable, according to the individuation of facial recognition). Both Johnson and Perry illustrate that the politics of Black Portraiture figure black social life and politics beyond faciality as the hegemonic site of representation as it is a troubling category for blackness and one that blackness troubles given the relationship, as the artists all know and explicitly or implicitly reference, between faciality and surveillance and policing. Johnson indexes the global surveillance of blackness, for instance, in the augmented reality feature where you can rotate the screen, taking on a panopticon view. 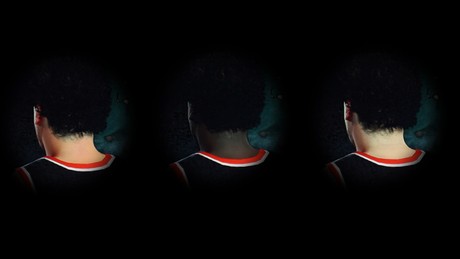 Rindon Johnson, Away With You, 2016, still from VR video

Juliana Huxtable’s portraits play on the interplay between absence and presence. What is absented from Huxtable’s portraiture is the very historical signature of the portrait itself: the face. In Huxtable’s portrait series, the body without a face performs as a surrogate that dramatizes commodification. The body is stamped with imagery of jeans, popularized slogans; it is imprinted by tattoos, and is marked by grammar of racial capital and slavery. It is branded as an aesthetic object.

Pastiche Lumumba’s Community Standard: A Poortrait across Platforms is brilliant for its parody. Poortrait indexes black queer/trans lumpen-proletarian realness that defies both Instagram’s politics of respectability and any claims of “respectability” jurisdiction over black visuality and visibility. Lulu: My Body is further critical speculation. There is no mention of the heteronormative grammar of gender, only a black queer/femme grammar and a figuration of Lulu. Lulu scandalizes and rejects any claims to uphold Instagram’s “community standards” through beautiful adornment (a grill, cleats morphed into high heels, for instance) and salaciousness. Lulu begins in the inhabitation of what Pastiche Lumumba elsewhere terms “low culture.” Lumumba’s work is both a powerful critique of the portrait as the visual technology of the bourgeoisie and a demonstration of the aesthetic power of the unrespectable, the non-sovereign, the rabble.

manuel arturo abreu’s Ambient Portraits relinquish the ocular for the auditory, creating a soundscape that pierces, an acoustic ecological field of frequencies and vibrations that dilate and stretch sound, that harmonize and then collapse into a single point. The first portrait, hamishi, feels like a sonic disturbance. In opting out of the visual, abreu brings sound online as animating force. The significance of this is again, a new technology of portraiture—an ambient portrait is no less of a portrait than any other. This gesture forces us to reconsider the methodology of the portrait itself. abreu’s ambience also moves to a different register in that it creates an atmosphere through sound. This moves us towards a different conception and experience of portraiture and actually forces a reconsideration of what constitutes portraiture in the first place. Further, it shows how the notion of the portrait might be expanded. Instead of the face as the symbol of liberal self-possessive individualism, we have the signature of a sound. abreu’s ambient portraits speak to animacies beyond the category of personhood and the subject, and beyond personhood and beyond subject/object distinction (since ambience isn’t personified, is neither subject nor object, and yet, it has a presence). The sound portraits imprint upon the listener, and leave them with the recognition of a new form of portraiture.

N-Prolenta’s film Ally Theater juxtaposes the solidity of architecture—the steel and concrete linearity, the volume and imposing size of pristine architectural design, and the skeletal becoming of buildings under construction—with the plasticity and liquidity of form. That liquidity manifests as a cursive line, “fantasy is a place where it rains,” and a watery black figure in the foreground in juxtaposition with the buildings in the background. We can make out a face, but there’s a dissonance within the semblance of the portrait given the distortion of the figure.  Gradually even the semblance disappears, fades to black with grid lines. The garment the figure is wearing becomes the entire representation, then even that liquifies and is transported away. We are left with another spatial distortion, almost a haunting, the two buildings mirror each other. The interstitial space where they join becomes ghost-like, a face under construction. 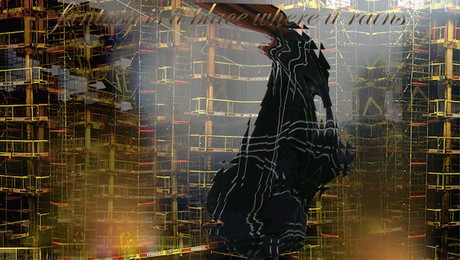 Hamishi Farah reimagines the conventions of portraiture by blending them together with new visual capabilities. Their painted portrait of Mike Meyers is animate, with uncanny features, as though inhabited by a ghost or inflated like a balloon. The portrait feels eerily alive in its animacy; the convex nature of the face with its moving eyes disturbs. The piece is the nexus where forms of the traditional painted portrait (pre-camera), CGI, and facial technology converge and distort. The image is taken from Myer’s reaction to Kanye West’s impromptu denunciation of Bush’s anti-black economy of empathy and antipathy—“George Bush doesn’t care about Black people”—during the racial capitalist disaster of Katrina. This piece raises questions of form, both in its dis- and re-configuration of the portrait. It begs the question of what the relationship both is and might be between verisimilitude and portraiture, and signals how new visual technologies constantly transform this relationship.

All the artists in NBP reinvent visual technologies to both trouble the violence of visibility and the face as a site of surveillance. They also move beyond the face, either choosing to distort it through technology, elide it, or reject it completely in favor of other forms of representation. Not post-racial but rather, post-facial.