On November 13th, The New Inquiry released, in conjunction with the Bronx Freedom Fund, a desktop application entitled Bail Bloc, which pools the distributed processing power of its user base to mine a cryptocurrency called Monero. At the end of every month, the accumulated Monero will be converted into dollars and donated first to The Bronx Freedom Fund and then, starting in January, The Bail Project, which seeks to challenge the Prison Industrial Complex on a national scale, using such tactics as dispatching “bail disruptors” to individual cities.

As TNI observes, the implementation of bail in the USA is “a systemic injustice that exclusively impacts low-income people and disproportionately women and communities of color.” Since, according to the Bronx Bail Fund, only one in ten New Yorkers at arraignment can afford bail, which can be as low as $250, even relatively low levels of funds generated could have a substantial real-world impact.

Is cryptocurrency an effective way to raise these low levels of funds? In the past, speculative political projects have sought to harness the crypto hype-cycle without such definitive ends in sight. Julian Oliver's “Harvest,” which mines Zcash via wind turbine, was meant as a suggestive prototype. Buried within this NYT piece on the Seasteading Institute's still-nascent plans to build floating libertarian mini-utopias off the coast of French Polynesia is the fact that it is partially funded by an initial coin offering.

Bail Bloc is less speculative than practical.  Monero is “ASIC-resistant,” which means that it neutralizes the competitive advantage of application-specific integrated circuits (ASICs), tech whose sole purpose, as Adam Rothstein puts it in The End of Money, is to “feed the new gold rush.” The introduction of these devices, writes Rothstein, “quickly made mining no longer cost effective for anyone without such specialized hardware.” In other words, Monero can be mined effectively by users with ordinary machines. Further, while most cryptocurrency operates off blockchains, which can be read by anybody with the time and computational resources, Monero claims that it “uses ring signatures and ring confidential transactions to obfuscate the amounts, origins, and destinations of all transactions,” making it effectively untraceable.

Several recent start-ups have attempted to address the inequities of bail. Good Call, developed via Blue Ridge Labs, Robin Hood’s “social impact incubator,”  is an “emergency arrest hotline” that connects Bronx residents with free lawyers. Appolition, which launched on the 14th, has similar ends to Bail Bloc (it funds National Bail Out), but operates within the existing financial system, rounding users’ digital purchases up to the nearest dollar. 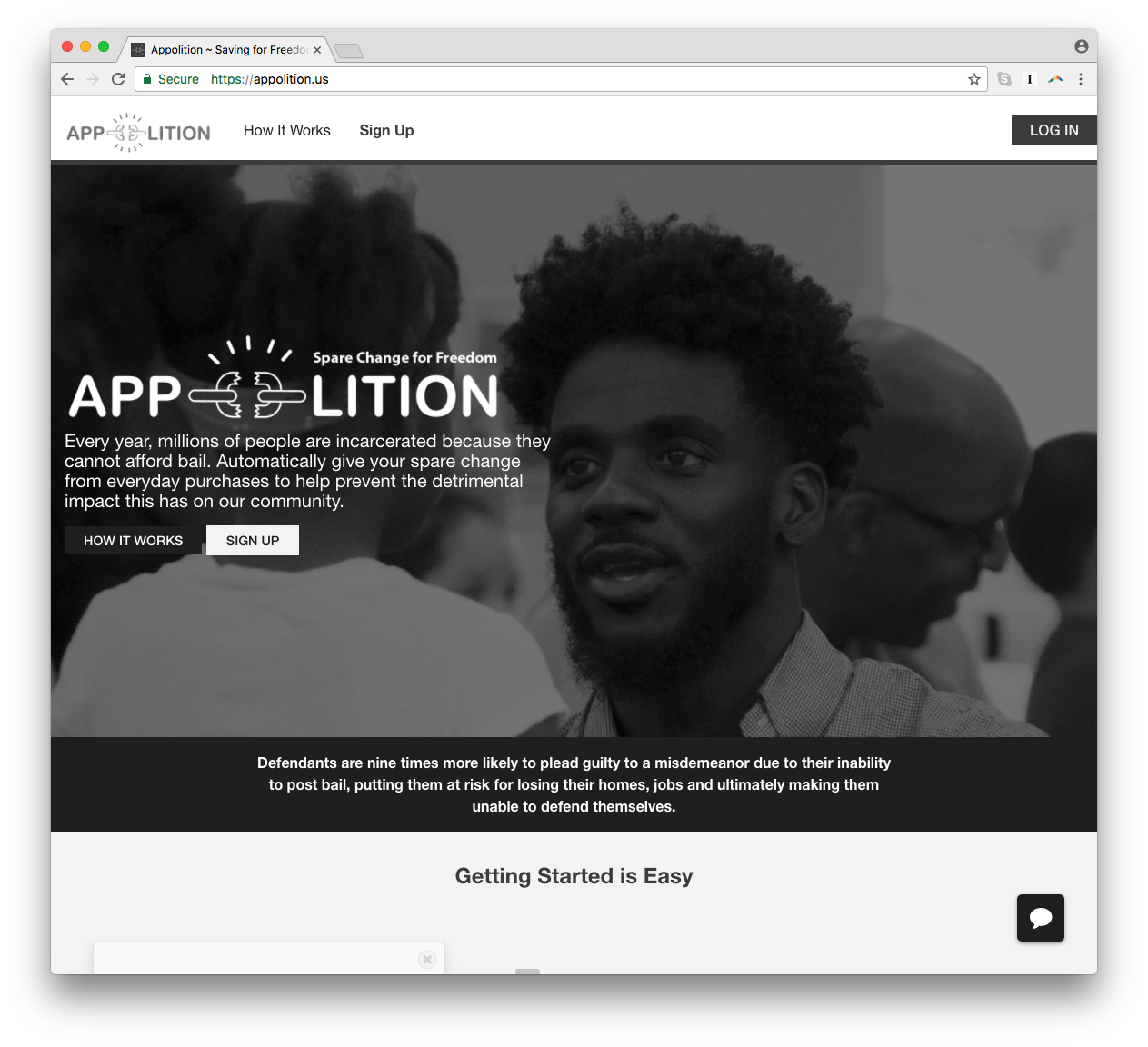 Bail Bloc acts within a far less conventional, or static, milieu, which makes it an especially interesting experiment. As described in a series of relatively new books on cryptocurrency, cyberlibertariansim, its progenitor-ideology, has a long and storied history of playing fast and loose with the laws of nation-states, and many of its central figures have come into conflict with the FBI and NSA. Will those–including the early adopters of Monero–who have enriched themselves on the blockchain and the recent transition of cryptocurrency into a speculative market promote and aid a project directly challenging a corporate and political system which they claim to despise? Given how “libertarian” now functions as a codeword for “reactionary,” this seems deeply unlikely. It would, however, help the reputation of the cryptocurrency “community,” which can often seem like little more than a pyramid scheme.