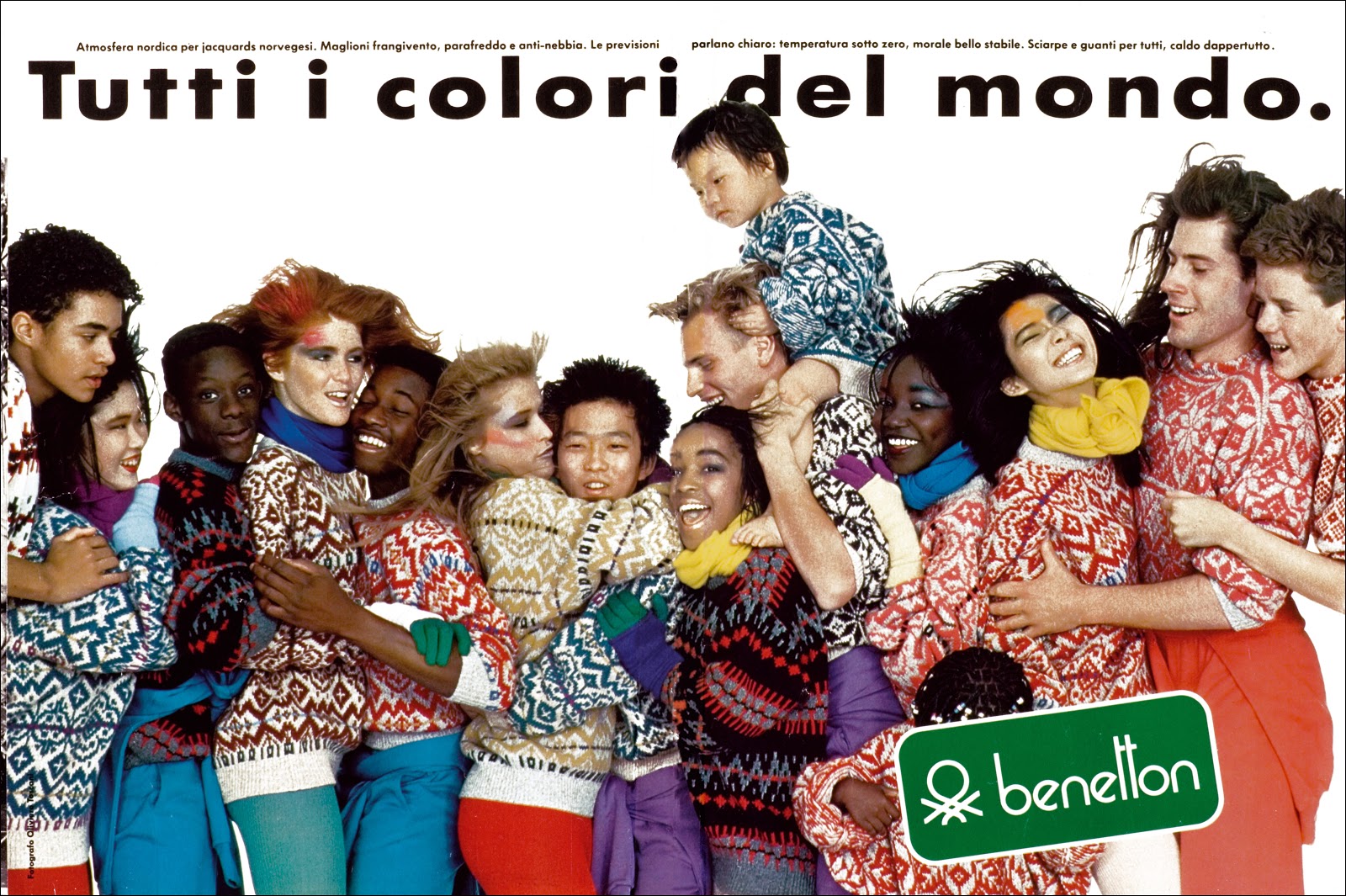 This essay accompanies the presentation of Mongrel's Heritage Gold as a part of the online exhibition Net Art Anthology.

The past two decades saw the full corporatization of the internet, as well as the rhetorical adoption by nation states and multinational corporations of cybertropes like fluidity, mobility, and recombinancy.1 Early post-identity cyber-utopianism gave way to Anonymous’s nihilist hacktivism, Amazon Prime’s frictionless consumerism, and the generalized reification of antiblackness and misogyny once thought so escapable via virtuality. Far from engendering a world “beyond identity and individuality and thus beyond the reach of commodification,”2 digital technology has generated new ways to subsume sociality into the violence of capital. These novel structures of informatic domination are heavily “inflected by the values, cultures, power systems, and institutional orders within which it is embedded,”3 showing that post-identity rhetoric only aids the commodification of identity at the expense of the marginalized.

Identity morphing was a major facet of 1990s cyberculture,4 but whatever liberation or cross-demographic empathy folks expected only manifested as an identity tourism that widened the gap between the marginalized and the hegemon performing otherness.5 Today, the privileged can continue the ludic tradition of early post-identity cyber aesthetics, but a seamless objectification and policing of marginalized people between virtual and flesh space has been achieved— with harassment, criminalization, and surveillance continuing to be the norm for black and brown people. Meanwhile, corporations preach diversity in one breath and excuse their hiring and business practices with the other, repackaging the same utopianism of seamless connection and service for a born-digital market.

Just as blackface has been analyzed as a site for white men to project their class anxiety,6 one can argue that early cyberculture’s identity laboratory7 was a similar projection, foreshadowing both the cagey egalitarian rhetoric of the “disruptive” corporate digital landscape and the hugely increased access to otherness the internet has provided.8 The output of British collective Mongrel9 proves instructive and prescient here. Working from 1995-2008, they took the piss out of the administration of multicultural policy which burgeoned in post-Thatcher Britain (and which today serves as a corporate marketing staple) through sardonic irony, unauthorized software modification, false corporations, and other forms of culture jamming. Self-identified celebrants of “the methods of an 'ignorant' and 'filthy' London street culture,”10 Mongrel worked to fuse “a challenge to the conception of cybercultures as ‘race neutral’ with a corresponding refusal of the contemporary invocation of a multiculturalism-beyond-conflict.”11

One work offers a trenchant analysis of the commodification of identity, playing off the British euphemism of “heritage” to mean white imperial patrimony:12 Heritage Gold, released for Macintosh in 1998, is a parodic shareware mod of Adobe Photoshop 1.0 allowing users to alter their race and ancestry. With drop-down menus for modifying ethnic features, social mobility, prejudice, family size, assimilation, and more, the software promises to “transform [the user’s] Heritage into personal works of art,” touting itself as “the worldwide industry standard among dedicated diversity professionals.”13 The concept archly explicates how image editing software marketizes the cyber-utopian rhetoric of fluidity somehow engendering equity, or at least sameness, whateverness: “Why settle for the same old you?” 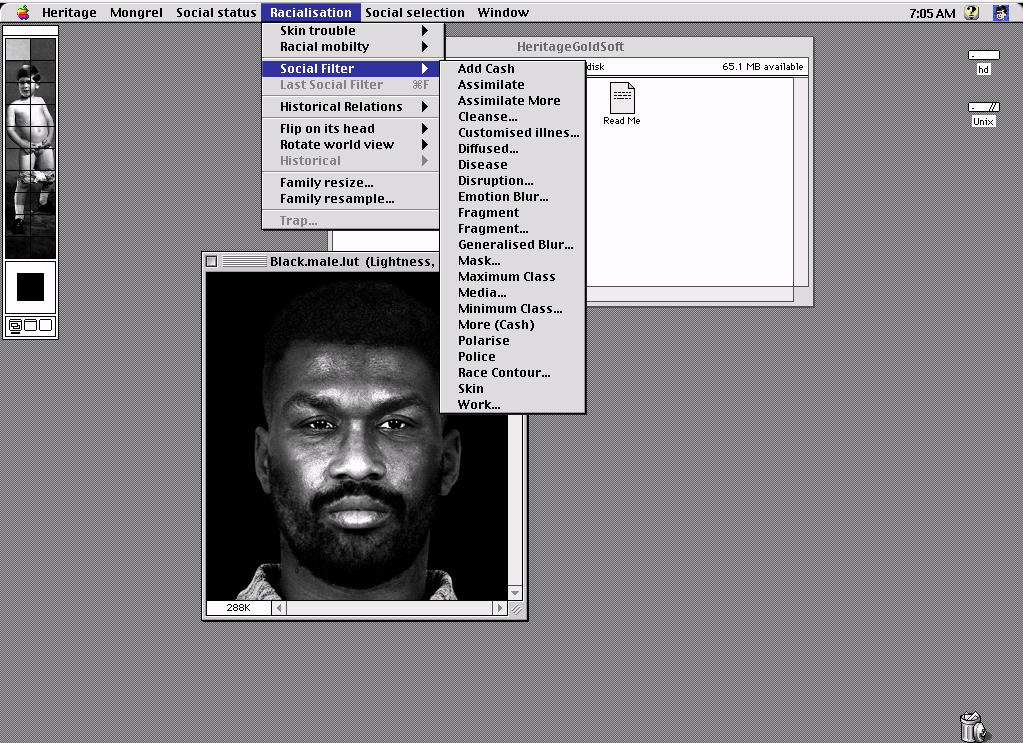 Ostensibly the product of Mongrelsoft™, a mock corporation borrowing Apple’s slogan “Think Different,”14 the work satirizes the way the identity laboratory of 1990s cyberculture easily plays into corporate diversity rhetoric. As an example, the software cover and the “Activities” web page showcase Heritage Gold’s functionality by grafting a photograph of a baby Prince Charles with a postcard showing a dark-skinned baby poised to urinate, resulting in two babies— one with normatively Anglo features, and one with normatively Afro features. Of course, this baby’s blackness is primarily linguistic, since it could easily be Mediterranean or Middle Eastern.

The copy states the Prince Charles edit “really made us think: ‘What would the world be like today if we in England had a black Monarch?’ Just maybe, there wouldn't be so many wars…”15 By positioning difference, in particular Blackness, as absolution, the web copy paradoxically implies a situation in which the fruits of British empire remain without their sordid history of slavery, colonization, and imperialism. The satire skewers the idea that a multicultural citizenship or power structure could in any way mitigate the violence of capitalism. 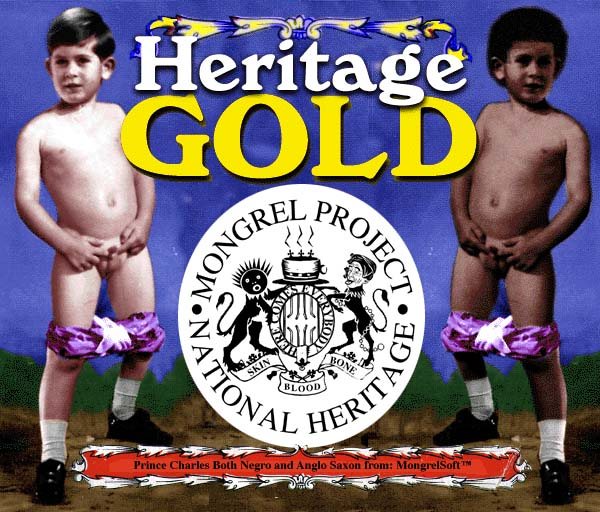 The software cover further parodies this diversity-beyond-conflict with a modified British Royal Arms, notably replacing the lion’s head with a golliwog’s and the unicorn’s with what appears to be either a toff16 or an archetypal fool. In this way the work prefigures analyses of heritage and marginality such as that of David Joselit, who argues that contemporaneity governs marginal practitioners by claiming their debt to modernism, mitigated by the commercial and conciliatory functions that individual heritage can serve for national prestige and market diversification.17

Inside its satirical world, Heritage Gold is perfect for both the “diversity professional” who often finds herself needing to ‘colorize’ a photo of white workers, and the casual user looking to goof off or roleplay. While similar software artworks might naively claim visual morphing “allows us move beyond differences and arrive at sameness,”18 Heritage Gold focuses on the assumption that end users would want to alter their racial identities at all. This desire reveals the presumptive whiteness of cyber, where difference is a commodity to be donned when pleasurable and/or profitable. As such, the early 90s identity laboratory was inherently commodified and premised on the long history of unconditional white access to all facets of otherness, flattening the violence of difference to circulation.

In this way, Heritage Gold not only predicts the post-fact, retouched reality we live in today, but excavates the always already phobic impulse of a fantasy of difference which centers whiteness a its condition of possibility, closely mirroring eugenicist Jose Vasconcelos’s concept of mestizaje: “the white race has brought the world to a state in which all human types and cultures will be able to fuse with each other,” organizing “the moral and material basis for the union of all men... the fruit of all the previous ones and amelioration of everything past.”19 The internet itself could stand in for this notion, exemplifying how whiteness attempts to erase its constitutive violence by positioning itself as a transcultural connective tissue. 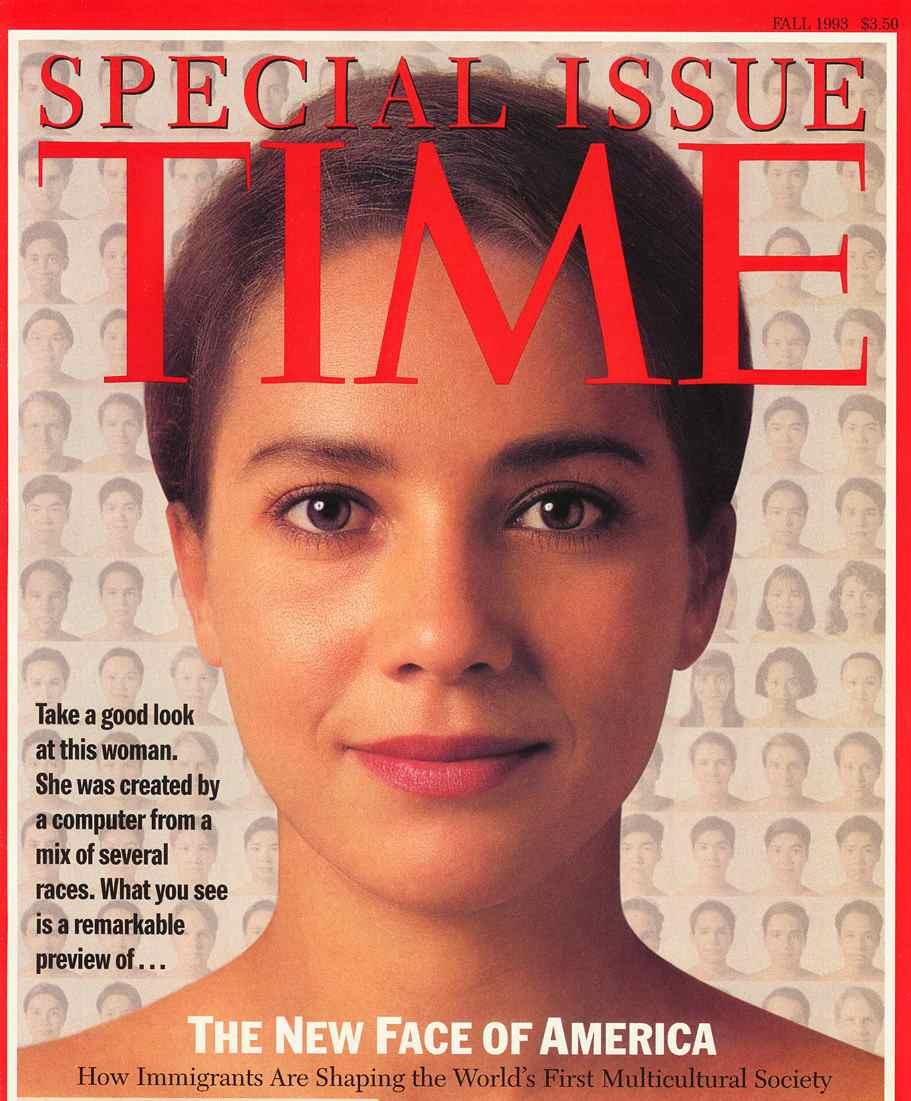 Cover for the November 1993 issue of TIME magazine.


The flipside of whiteness’s putative neutrality is the speculative categorizing of visual difference which, in the context of Heritage Gold, is best exemplified by Francis Galton’s composite portraiture technique: splicing together many faces via multiple exposures on the same photographic plate, Galton aimed to determine both the “typical” face and the criminality, intelligence, and other affective qualities of various facial features.20 The libidinal economy of such physiognomic speculation belies anxiety about control, and Heritage Gold promises that “many powerful ethnic features are yours to command through our new, even easier-to-use interface” (emphasis added).

Granted, Heritage Gold may be at home skewering a wide set of sanitized diversity discourses, but it doesn’t provide any solution to the commodification of difference, only another experience of it. We should take care not to view this as ressentiment;21 rather, the work’s lack of reconciliation exemplifies the rapidity with which real or imagined radical potential gets subsumed into capital. Just as the project “critiques the notion that the national culture is susceptible to touching up…to mask over the bases for conflict among inequitably empowered social actors,”22 it shows how the early digital identity laboratory and its descendants easily play into this masking of conflict.

The same rhetoric of fluidity and post-identity is present at the level of the national project and the zeitgeist, and Heritage Gold calls for end users of all levels of digital literacy to think more critically about their participation in the “touching up” of social problems and the perpetuation of oppression.23 Its call remains as urgent today. Representations of difference are neither salve nor salvo in global informatic capitalism; they are the same as any other platform for deepening the subsumption of all sociality into the dictums of western value. With Heritage Gold, Mongrel offers a sandbox for exploring our own affective investments in antiblack fantasies of commodified difference and whiteness as transcultural connective tissue. These violent delights have violent ends.

8. Where, for example, whites prefer communicating with nonwhite emoji.

9. Mongrel was formed in 1997 by Graham Harwood, Matsuko Yokokoji, and Richard Pierre Davis, with Mervin Jarman joining later. Harwood and Yokokoji met at Guildhall University; the others met at Artec, the Arts Technology Centre in London.

16. A derogatory term for the aristocracy and landed gentry.

19. Vasconcelos 1997: 9. Vasconcelos is speaking of his notion of the mestizo or cosmic race, but the parallels to 90s cyber-utopian rhetoric are striking.

23. It’s also worth noting that the project speaks to the long list of art projects involving white people pretending to be other races or creating people of other races, such as Joe Scanlan’s invented black woman Donelle Woolford. In the context of utopianism, what does it mean that the capitalist has an easier time inventing an other rather than engaging with actual oppressed people?

Roediger, David. 1991. The Wages of Whiteness: Race and the Making of the American Working Class. New York: Verso.