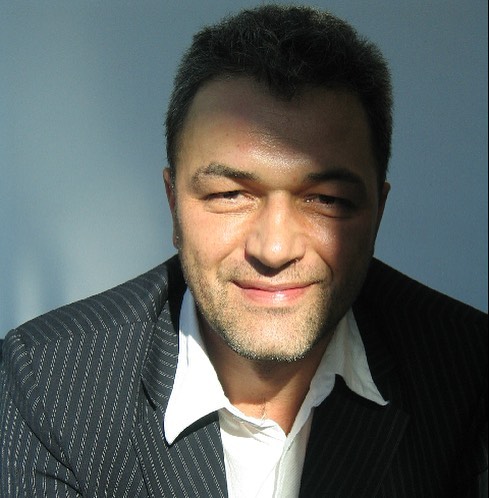 We were deeply saddened to learn yesterday of the passing of artist, writer, and curator Armin Medosch. Others already have done a wonderful job of narrating Armin's life and work, such as Felix Stalder and others on Nettime, Sarah Cook on CRUMB, and many more on Facebook. His impact on network culture and net art runs deep.

For my own part, I had the great pleasure of working with Armin on the second edition of "Kingdom of Piracy," which opened at FACT in early 2003. Armin co-curated the project with Yukiko Shikata and Shu Lea Cheang, and I remember vividly the clarity and rigor of his intellectual position, his deep generosity and kindness, and his sense of humor. As part of that project, Armin published DIVE, a book and CD-ROM about the idea of the digital commons. In his text for the project, "Piratology," he narrated the concept of piracy as a facet of colonialism and the exploitation of Asia, arguing that artists using the net were prototyping new, non-oppressive forms of collective living.

This is not piracy, as industry associations want us to believe, but the creation of open spaces in a number of different ways; they facilitate freedom of expression, collective action in creation and political expression and the notion of a public interest in networked communications.

The night before DIVE was to launch at Ars Electronica, I went to meet Armin's train, which was due to arrive at 3:30 AM. Somehow, neither he nor I had a cell phone. I was terrified that he would fall asleep and end up in Budapest, but he appeared on the platform. In spite of the late hour, in spite of the fact that I had booked him such an ungodly itinerary, I remember how he strode right up, smiling and shaking my hand warmly. We walked back to the dorm where we were staying, and got a beer each from the vending machine.

I got to see Armin last fall when he came to New York for his book tour. A different book, of course, his landmark history of the New Tendencies movement, published with MIT Press. We were to give a talk at Cabinet in Gowanus, an event staged in partnership with Rhizome. I ran into Armin and his wife Ina on the street. It was my 38th birthday, and they gave me a bottle of Austrian liqueur. Armin joked, "When we first worked together, you were very young. Now, we are the same age!" 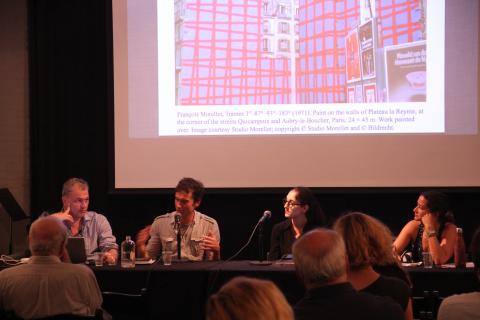 It will take time and effort to process the importance of Armin's work. For today, I miss my friend, and I know that so many artists and writers around the world feel the same. To all of you, and especially to Ina, my thoughts are with you.

For everyone else, I want to say that Armin was a person who knew what it meant to take a position. He showed true commitment to his principles, his ideas, his research, his practice, and the people in his life. I hope you will take some time to get to know his work. Here is a good place to start.