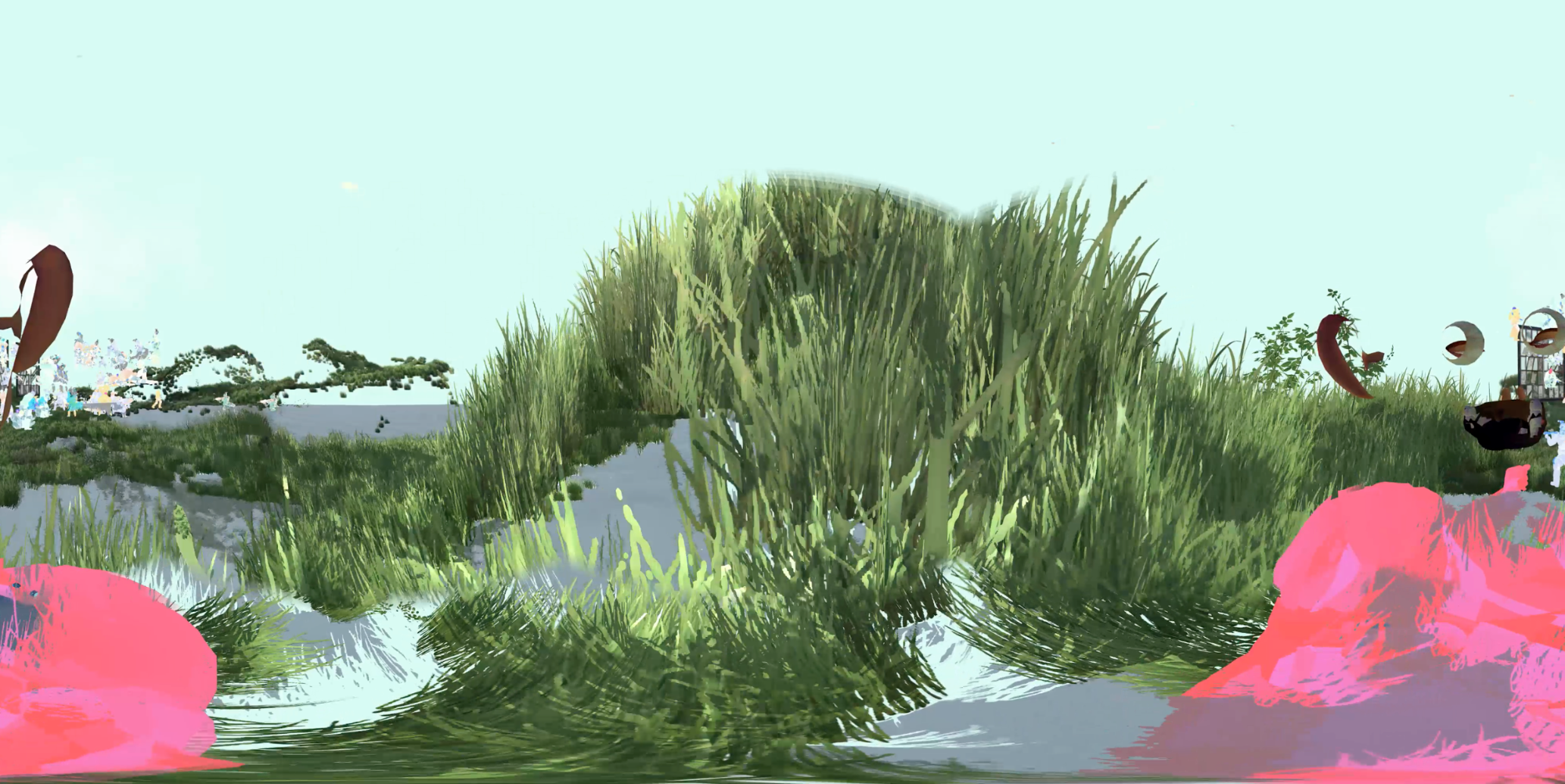 A first-of-its-kind initiative, the exhibition explores possibilities for experimental animation in mobile virtual reality. The six works range from fantastic original worlds to moving social commentary and include an astral memorial to victims of police violence (Musson); a guided meditation through landscapes taken from the game Call of Duty: Black Ops, drained of violence and transformed into an ethereal dreamworld (Rossin); a journey through a fantastical industrial nightclub (Satterwhite); a portrait of a woman navigating an unfolding labyrinth (Burr with Heartscape); a simulation of the afterlife (Couillard); and an unsettling dive into an alternate world rife with avatars both banal and magical (Rafman).

HOW TO USE “FIRST LOOK: ARTISTS’ VR”

To experience this app:

Special thanks to EEVO for creating the First Look: Artists’ VR mobile app.

Established in 2012 and co-organized by the New Museum and Rhizome, First Look is a digital art commissioning and exhibition program that has supported over thirty-five works to date. While the program has previously focused on browser-based art, “First Look: Artists’ VR” presents a group exhibition in the form of a mobile VR app developed by EEVO. This first-of-its-kind initiative from an art museum seeks to elevate VR in an artistic context as a rich emerging medium whose possibilities are still being tested and harnessed.

EEVO is a VR cloud services platform that makes it easy for content creators to launch their own native VR applications across all hardware ecosystems. Founded in 2014, EEVO has been focused on solving the most challenging problems involved in distributing VR content. EEVO’s apps have featured content from Stan Lee, The Empathy Project, Nas, and others.

First Look is made possible with support from New York State Council on the Arts with the support of Governor Andrew M. Cuomo and the New York State Legislature.

New Museum public programs are made possible, in part, by the New York City Department of Cultural Affairs in partnership with the City Council.