Soda Plains
With his lush new album 'In Tongues,' the electronic producer pushes the drama.
By Nora N. Khan 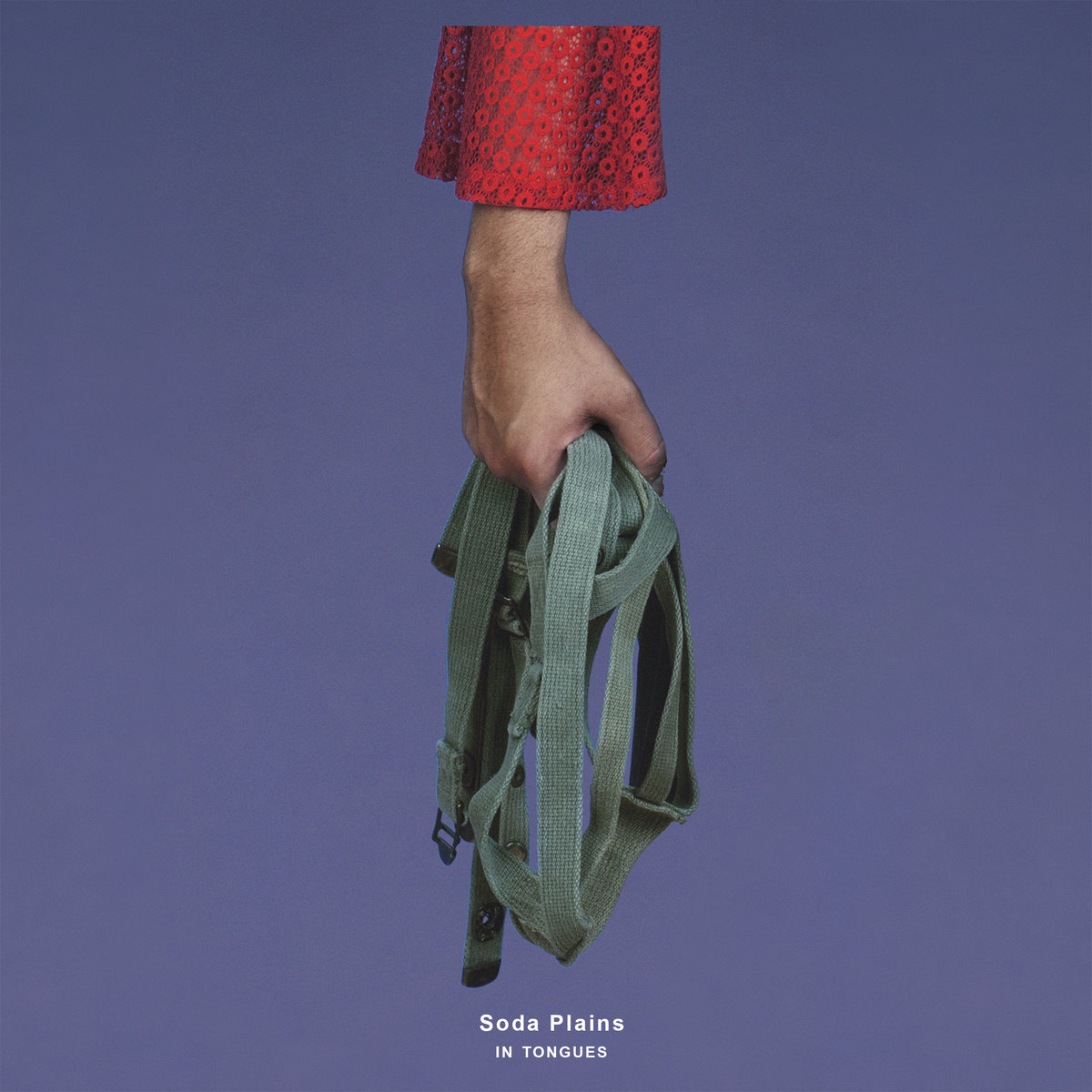 Raised in Hong Kong and now based in Berlin, Alexis Chan produces music under the name of Soda Plains. About once a year, he’s released EPs that have earned him critical acclaim, including Rushes on the conceptually driven, Finnish-run Black Ocean in 2014, and Kickbacks on London’s Liminal Sounds, in 2015. His latest offering is the full-length, self-released album In Tongues. Even within Chan’s niche realm of esoteric experimental music, his practice is singular. The Soda Plains sound is often described as “baroque,” marked by a rapid layering of precise, detailed phrases, heavy in harpsichords and strings.

The baroque of In Tongues, comprising ten unbearably lush set pieces, goes further. On his new album, Chan displays his dizzying facility as an electronic producer, composing and sculpting a sonic architecture through obsessive editing of disparate materials. He manages to stage and crystallize the sublimity that experimental music generates inside the club, its brutal, transformative emotions. In Tongues recaptures those heady feelings, which, leaving the party, dissipate like smoke in the night air outside.

In an interview, Chan says he attempts to expand “emotional and sonic possibility” through jamming “inappropriate” sounds into one space. Within a single track, he can move effortlessly between dozens of referents: deconstructed grime and garage, slices of dancehall, funk, and calypso, and in places the pitched-down, muted undertow of kwaito, a South African hybrid of hip-hop and house. Chan is careful to note that he has no one seminal influence, though he eventually demurs that his listening “does veer toward classical music, Balkan, and Middle Eastern music.”

His production is flawless and tightly controlled, which keeps this album from spinning out into a self-indulgent chaos of sampling. In Tongues scores a Gothic hyperreal, a slightly demented, frantic, and sensual world. Listening, I feel an unmoored nostalgia for settings that I have only ambiently absorbed through opera and theater. In writing about the novel, Henry James suggested that the creator’s primary work is to take the reader by the hand into the “house” of his fiction, to look out of the windows over the human scene. In Tongues channels this same imperative, evoking a sense of walking through elegant rooms in a Transylvanian mansion. Then, led by Chan, a feeling of gazing out its windows onto a bleak moor, or at a séance, or even a ritual dance of masked figures. The listener gets brief, vertiginous glimpses down the sides of chthonic red cliffs.

Passages sound smudged at points, as though a tape reel has been accidentally burned. There are gem-like hints of the bittersweet, fantastical soundtracks of childhood, such as the Zelda videogame scores, composed by Koji Kondo, or those of Hayao Miyazaki films, like Spirited Away. A MIDI pan flute spikes across our skin in the track “Porcelain.” The lachrymose “Rotina” conjures up a stately masque gone wrong. “Silk Bind,” the album’s fourth entry, sinks warning arpeggios underwater, alongside subsonic frequencies that threaten to pull one down into the deep sea gloaming. “I am looking to push the drama, the limits of drama a bit more, without being ironic,” Chan tells me. “I wanted to drag the listener from one sort of dramatic environment to another.”

Chan wears and discards clashing sonic costumes, without privileging any one. In doing so, he suggests the vital and equal dramatic capacity of each source. Ethereal Tibetan throat song, a raw, club-happy bass line, and the gestural scratches of a skipping record needle all unfold on the same plane. “It’s a recurring idea for me to try to quickly normalize out-of-place structures and sounds in songs and create a new internal logic,” Chan has said. Writing, he confidently presents one emotional portrait (conveyed through sound), only to erase it in the next breath for a more uncanny one. We follow him as he sifts through jarring melodic hooks and reconciles them, to build a little system. This staged reconciliation is a good metaphor for how we learn to navigate chaos, intuitively creating a set of acceptable meanings out of a flood of alienating, decontextualized influences.

Chan’s relentless sincerity sets him apart from other artists in Berlin, who are happy to sell their scrappy, tongue-in-cheek “lifestyle” aesthetic to global brands like Nike or Louis Vuitton. He consciously avoids visibility. In fact, when I first met Chan in Berlin this past February, I failed to identify the thoughtful, affable, and very tall person in a red sweatshirt as Soda Plains. I had never once seen a picture of him and had mentally substituted Chan with a Roma dancer, Cristina Pucean, who appears in his “Æthelflæd” music video. This near-anonymity is important. Soda Plains’ work is evolving and complex, and it rejects easy slotting into a fickle “avant-garde” electronic music scene. This makes for a productive and highly unusual critical space, in which we can relish the beauty and process of careful, considered composition.

Earlier this year, Chan collaborated with Negroma, a Brazilian dancer and choreographer, on a live performance set to In Tongues at Berlin’s HAU theater. The performance was an attempt to deepen Chan’s offerings in his album by giving his compositional strategy (resolving disparate, clashing streams into a whole portrait) a physical interpretation. The two landed on the idea of xenoglossia, in which one becomes suddenly fluent in a new language while elevated in a trance-like state.

Looking like a priest in all black, Chan opened the first track, “Sem Tempo,” from behind a pedestal upstage. For much of the thirty-minute performance, he would be shrouded in darkness. Negroma designed and wore a complex white gown and veil. Creeping to front center stage, Negroma slowly shed parts of the gown, then the veil, to reveal torso and face, then moved more and more freely, posing in defiance, legs thrust sideways. Even as the dance became wilder, it began to layer motifs. Loose-wristed hands patterned figure eights in the air. A tight boxing stance kept reappearing. The album’s close, “Highgrader,” settled Negroma into a rhythm, clenched fists punching along with the song’s jabbing synths. These movements mirrored Chan’s attempts on his album to resolve divergent conceptual threads into something altogether new and strange: a logic, a way of being whole within chaos.

Apocryphally, only those “of faith” learned to speak in tongues—God’s ecstatic speech—but anyone struggling with split identities and modes of being can recognize this search for a coherent language that speaks one’s heart. The success of In Tongues is in its precise enactment of this drama, as it takes place on the dance floor, in composition, and in the mind.

This article was published in collaboration with 4Columns.

Nora Khan is a writer of essays, fiction, and criticism. She is a 2016 Thoma Foundation Arts Writing Fellow in Digital Art, a current Eyebeam Research Resident, and a contributing editor at Rhizome. She publishes frequently on digital art, electronic music, the philosophy of technology, and artificial intelligence, among other topics, in Rhizome, Art in America, The Village Voice, California Sunday, Conjunctions, After Us, andAVANT. She collaborates frequently with artists and musicians. She now lives in New York.