Would you like to have a private encounter with Mouchette?
To you only, from a fictional adolescent girl.
By Michael Connor 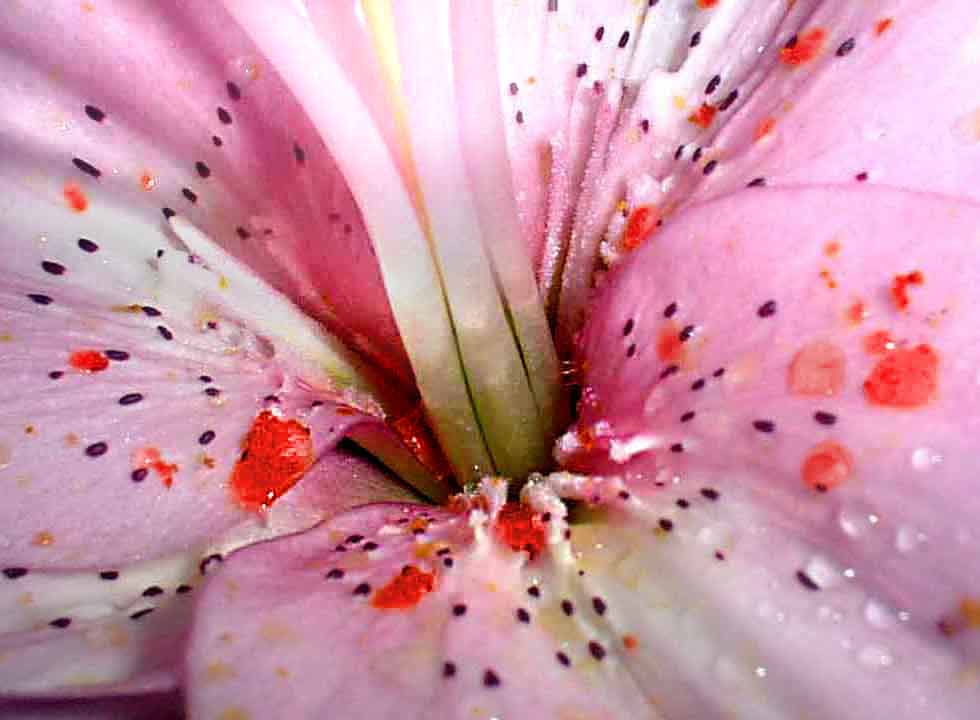 Mouchette's Private Encounter is featured in a front page exhibition on Rhizome.org.

Artist Martine Neddam has been impersonating a lonely 12-year old girl on the internet for two decades.

In 1996, Neddam created a personal home page for a fictional character named Mouchette, a girl living in Amsterdam. For the next thirteen years, the true identity of Mouchette was a closely guarded secret, much debated in the net art community. It was understood as an artwork, but as Heather Warren-Crow points out in Girlhood and the Plastic Image, "some users of the site may not consider it to be art at all, but the real fantasies, fears, and confessions of an adolescent girl on the verge."

Using this new interface, visitors to Rhizome.org can can sign up to receive several emails and personalized online artworks from Mouchette herself in advance of Neddam's appearance at the New Museum on March 17.

The first one that I received (of three) begins, "I want to let you know how special you are for me and I made a web page for you, a page for which you will be the one and only viewer." The enclosed link brought me to a page featuring a close-up photograph of the small of someone's back; the enclosed links no longer work. 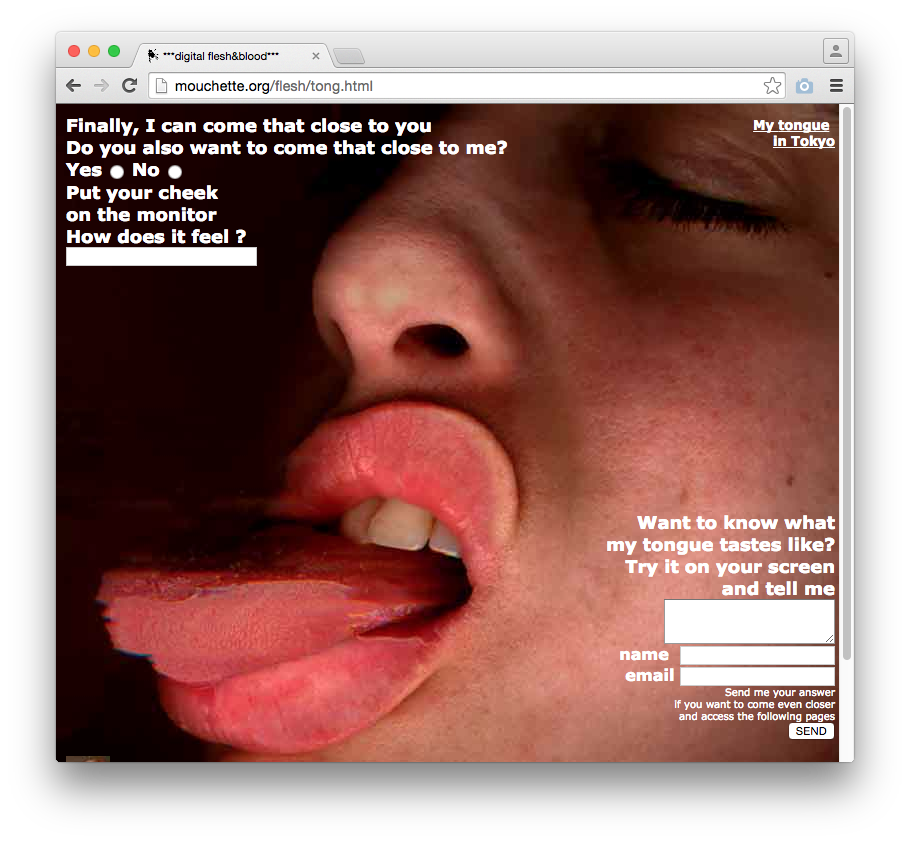 In light of contemporary discussions about identity and performance on the internet, Neddam's long development of the character of Mouchette seems remarkably prescient. In 2004, writing as Mouchette, she told an interviewer,

For me, identity is something that exists between the "I" and the "you", it's not just a personal investigation. Mouchette is constructed by her public. When they love her, when they insult her, they make her who she is. And I design everything like this: words as questions, identity as an empty space where people project their desire. That is why it is still growing since the beginning, and that is why I never get bored with it because I'm not just looking at my own (artificial) navel; and evolve with the public, with the development of the internet itself. I'm just another drop of water on the Internet ocean, changing with it.

an "identity-sharing interface" that permits registered viewers to become her by creating their own Mouchette web pages. Additionally, images provided by users occasionally replace the picture of Mouchette that appears on Mouchette.org's home page (recently she was transformed into a middle-aged Asian woman, a wrinkled monster, and another little girl wearing a space helmet). 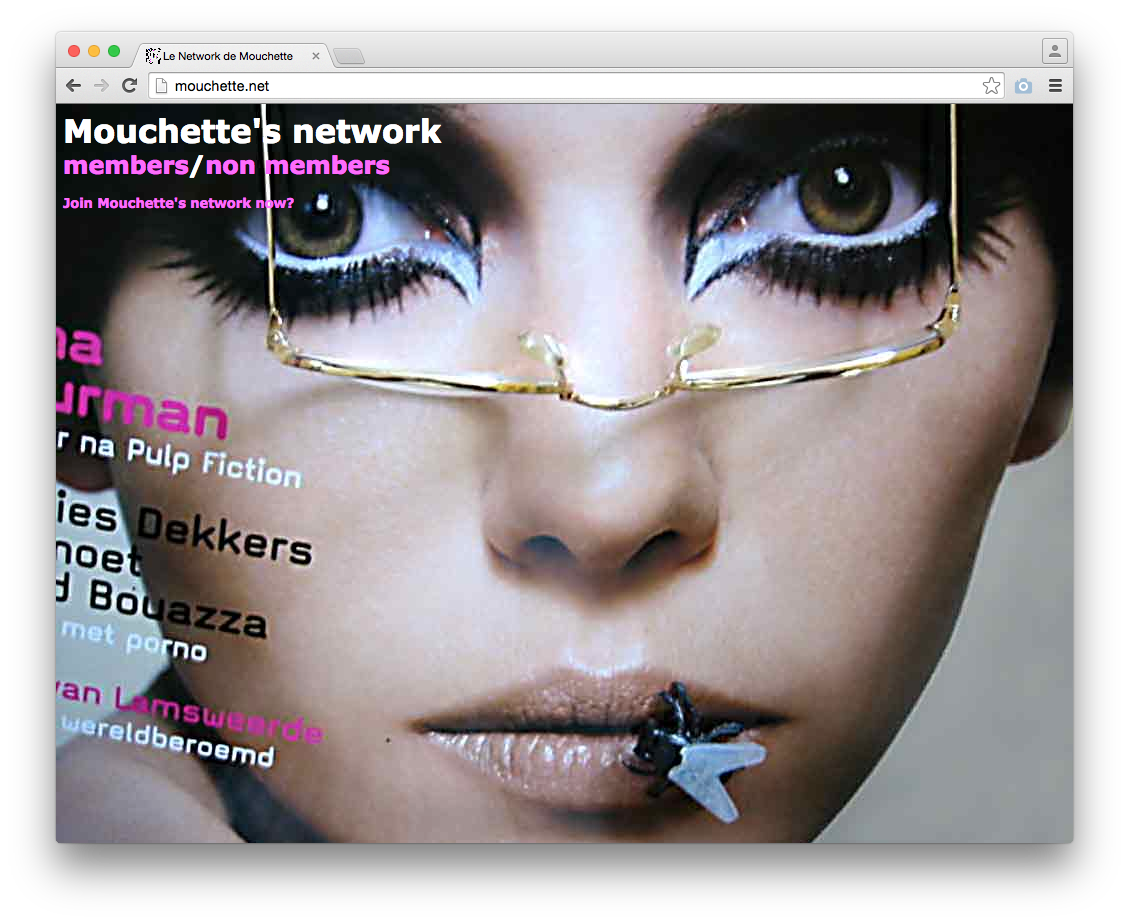 Now it's your turn to become Mouchette...
Or maybe you don't know how to do it?

Don't miss Mouchette in person on March 17, and sign up for her emails here.