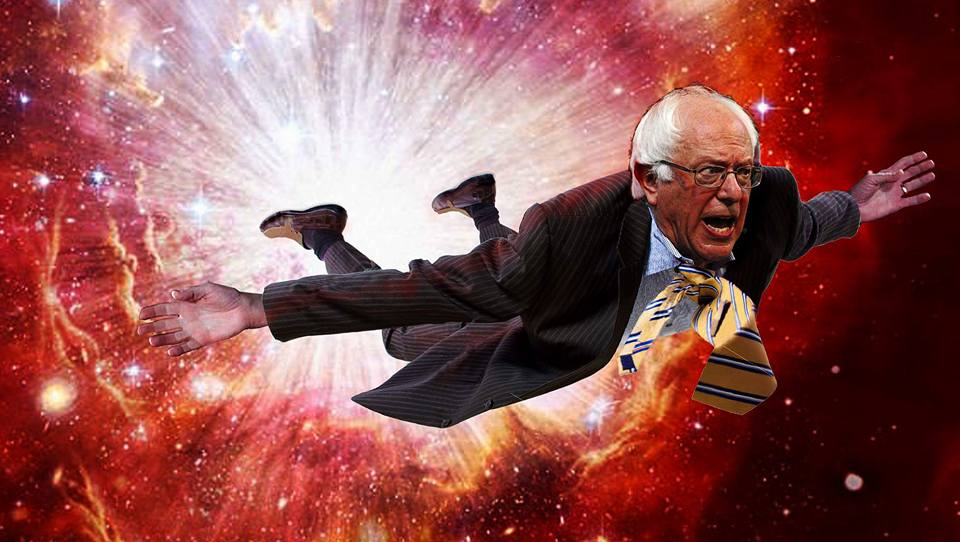 If the 1960 presidential election crowned John F. Kennedy as the “TV candidate,” then the 2016 race has seen the birth of a new archetype: the “meme candidate.”

Due to his finely tuned performance in televised debates, speeches, and commercial spots, Kennedy utilized media’s latest tool to succeed in his pursuit of the Oval Office. In his famous 1960 debate with Richard Nixon, Kennedy memorably tied or lost the debate according to most radio listeners, but won with television viewers.

Bernie Sanders could never have been a television candidate like Kennedy. Being the ideal television candidate requires substantial funds to run multimillion dollar TV spots, as well as the charisma and aesthetically pleasing looks of an A-List celebrity (although it has been said that Sanders ran the best TV ads of the 2016 contest).

Unlike Kennedy, who was already well known by the time of the 1960 campaign, the Democratic senator from Vermont entered the race as a virtually unknown politician. His supporters felt that mainstream media was unfair in its coverage of Sanders, often favoring his more established opponent, Hillary Clinton. As a response, Sanders’s supporters created groups and pages on social media to spread the word about his campaign. Because so much of Sanders’s media profile early on came in the form of supporter-created online content, he can be described as the meme candidate of this election. 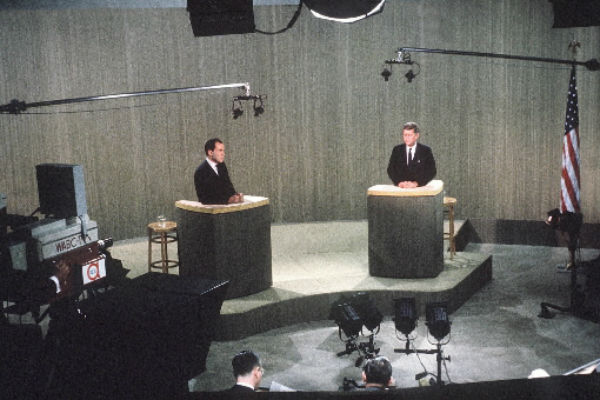 The most popular of these groups is Bernie Sanders’s Dank Meme Stash, also known as “BSDMS.” Derived from “dank,” a term that esteems good quality marijuana (legalized use of recreational marijuana is something Sanders supports), BSDMS is mainly comprised of memes that favor Bernie Sanders. Memes from this page have fared well on the internet and helped increase his visibility with the younger voter demographic.

Neither Clinton nor Donald Trump command such an extensive meme group following. Both candidates received more exposure from other forms of media: television and press coverage and their own social media content (especially Trump’s Twitter). While Sanders’s meme group followers bolstered his campaign, they also helped to foster an idea of the candidate that may say more about themselves than about their candidate.

Television as a new mode of technology allowed Kennedy to convey his own message. A meme candidate’s message, however, is shaped by the content-creating public, to both positive and negative effects.

Though I never joined BSDMS, I became intrigued by the page’s most popular series “Bernie or Hillary?” after seeing examples circulated online. In this series, users give Sanders and Clinton parodied viewpoints on various pop culture subjects that have little or no impact on the state of the election. Users can generate the meme by typing Sanders’s and Clinton’s respective responses into a standard campaign poster template. (For this article in particular, I looked back at the memes posted on BSDMS and made archival posts using Rhizome’s Webrecorder tool.)

In one popular “Bernie or Hillary?” meme, the candidates debate about the band Radiohead. Sanders talks in depth about the alternative rock group’s discography, while Clinton simply responds “I love Creep,” citing Radiohead’s most popular mainstream hit. Another meme explores the “issue” of the animated action show Pokémon. Sanders reminisces about the TV show’s card game played primarily by the millennial generation, using insider terminology and referencing tertiary characters. Clinton, on the other hand, simply exclaims “Pickachu is pretty cute”; Pickachu is the most recognizable character from the series. 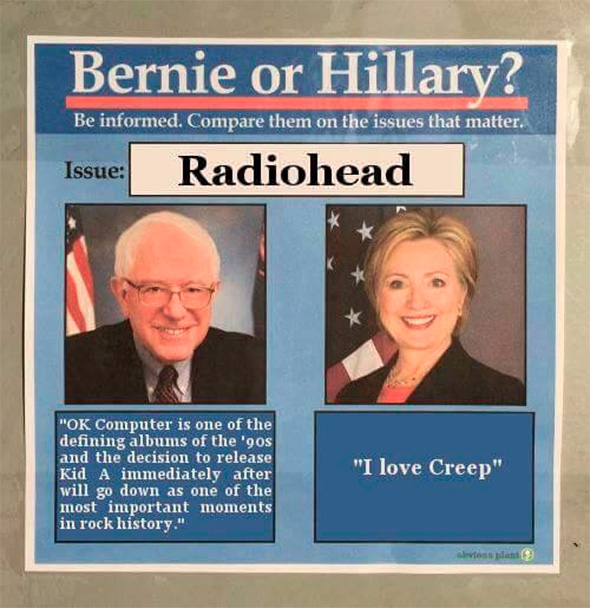 Yet the “Bernie or Hillary?” memes are about more than pop culture. They portray Sanders as someone who expresses opinions based on genuine knowledge and passion, while Clinton's character seems to say what she thinks people want to hear. Many BSDMS memes are more overtly sexist: Clinton is always cast as a villain that exhibits the traits of a strict mother or teacher that kills the fun. The Bernie-fan memes also use Bill Clinton’s affairs as an excuse to sexually degrade Hillary, leading to escalating sexism in the comments. One commenter responded, “We get it Hillary [sic],you deep throat now....” under a meme of Clinton eating a burrito next to photoshopped Bernie Sanders’s hot sauces. Another supporter took it up a notch by posting a “Bernie or Hillary?” meme comparing the candidates on their oral sex skills, where Hillary is given the prudish female stereotype of inexperience. “She's the type to scrape her teeth, which explains Monica” commented a follower of the page.

Other, less blatantly offensive memes captured my own feelings about the former Secretary of State’s pandering (specifically to black voters). Prior to the New York primary, Clinton visited the popular hip hop morning radio show “The Breakfast Club.” Asked what she normally carries around while travelling, she responded with “hot sauce,” a sly reference to a lyric from Beyoncé’s single “Formation.” When asked by one of the hosts if she was pandering to black voters, she awkwardly joked “is it working?” Despite data showing that Clinton performs better with black voters than Sanders, younger black voters that listened to the broadcast had more meme ammunition to prove that there’s actually a generational divide on who to support. As a response to her comments, one Sanders supporter shared a meme of the Beyoncé lyric in the typeface of the Clinton 2016 logo on BSDMS. Another meme depicts Clinton as Dave Chapelle’s infamous character Tyrone Biggums, asking “y’all got anymore of those black votes?” 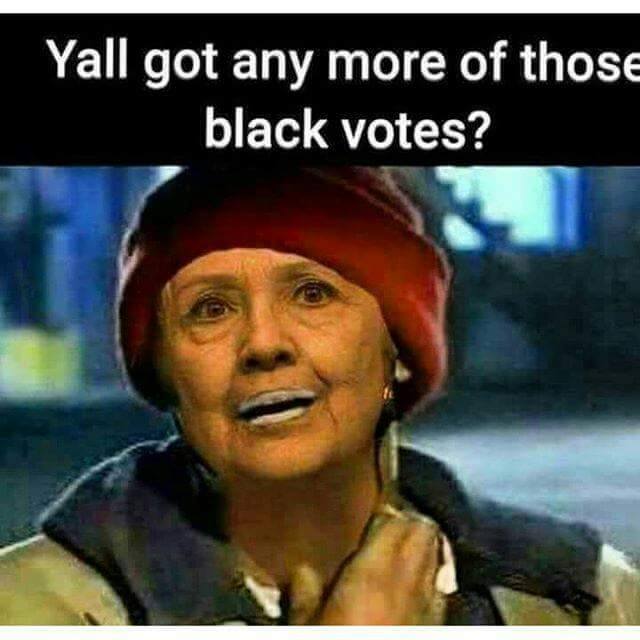 On his meme support pages, Bernie Sanders takes on the role of a superhero. One BSDMS cover photo shows Sanders waving an oversized joint at a few corrupt Wall Street executives. Sanders’s supporters have fantasized him as a savior due to his platform of going against the establishment and starting a political revolution. His campaign tagline #FeelTheBern created a social media firestorm and added to the memes' superhero narrative. Both Clinton and the Republican nominee Donald Trump take on the role of his villains thanks to their unfavorable ratings. Donald Trump (this season’s “social media candidate”) is often regarded as evil and incompetent by Sanders’s supporters. One supporter compares the candidates in a meme that places Sanders’s picture next to fresh, dank weed while Trump’s is placed next to dried, stale weed. In other memes, Clinton will be partnered with Trump, as they are both seen as the “two evils.”

Throughout the primary season, a continuing thread in these memes and their comments has been the hope that the establishment would be defeated. BSDMS members created and shared memes as a way of expressing this hope, articulating shared beliefs and values, and spreading these ideas through social media. In this regard, the supporters took on the work of defining what it means to be a Sanders supporter. To some degree, it worked for Sanders by raising his profile with young voters. It may have worked against him, as well: memes allowed groups like BSDMS to convey what it meant to be a Sanders supporter, and this may have alienated voters who appreciated the campaign's official messages but not the sexism of some of its community.

While the effects of memes are difficult to calculate, they will continue to play a role as the primary season winds down and voters look ahead to Clinton vs. Trump. Now, the question becomes, what role will online groups like BSDMS play in this next phase? Having set up their protagonist as a fictional superhero, what will they do if the real Sanders decides to endorse the villainous Clinton? Can the meme candidate count on the support of his online media machine, and if not, does this limit his leverage as he tries to push his former opponent to the left in the run-up to the convention?

A partial archive of Bernie Sanders's Dank Meme Stash can be found here.