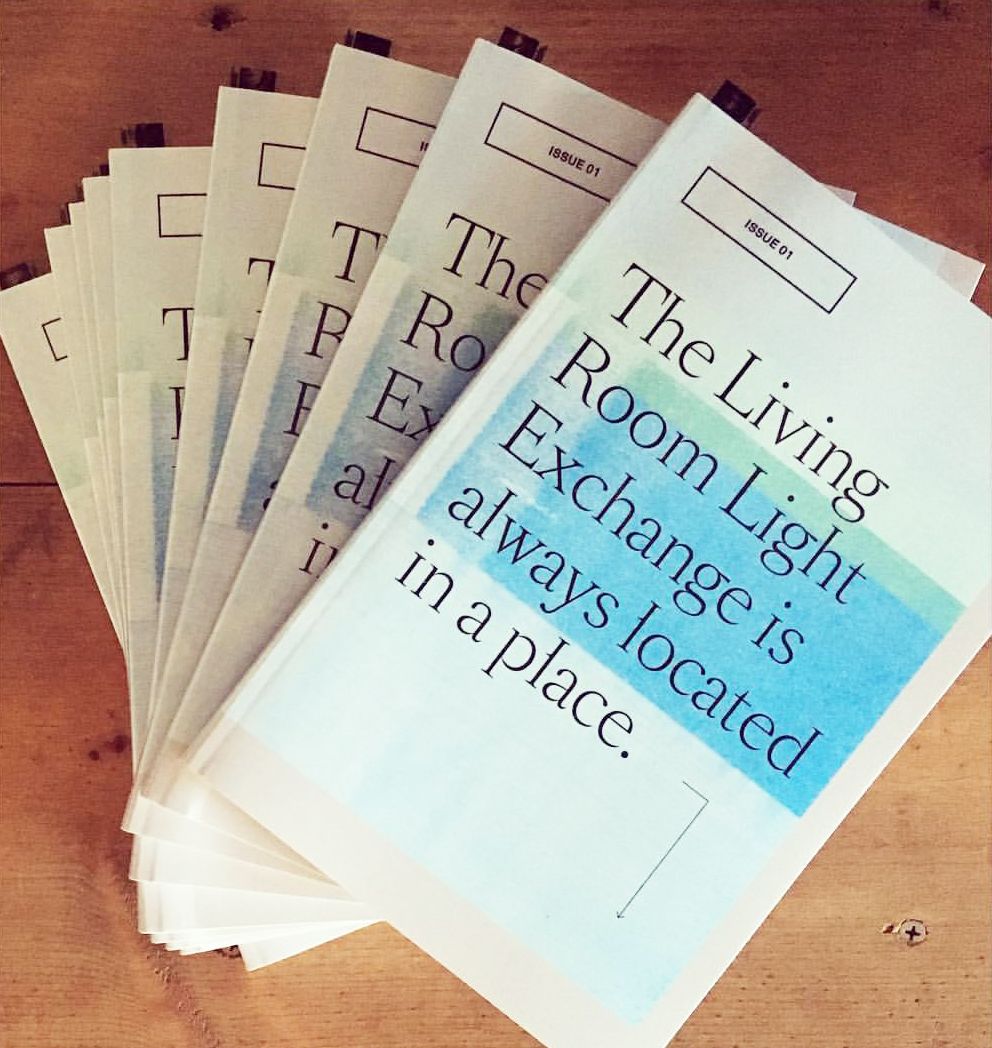 Despite its informal name, the living room has historically been something of a formal social space, used for entertaining and the ostentatious display of prized possessions. In her 2010 New York Times op-ed “Who Lives in This Room?” historian Joan Dejean traces this incongruity to the living room’s early nineteenth-century origins, arguing that it inherited many of the functions of the “grand salon” even as the home was reoriented around more everyday activities. She notes that this tension continues into the present, asking, “Why is it that the one room whose name honors everyday life is so often a place where we do as little living as possible?”

The living room has been the focus of much hi-tech reimagining over the years, but it still retains its nebulous, all-purpose status: part social gathering space, part living space. This all-purposeness made it the ideal site for a series of events initiated two years ago by artists Liat Berdugo and Elia Vargas. The duo used the living rooms of Bay Area artists and cultural producers to host monthly public conversations on new media, digital art, creative works in progress, and artistic practices, which were open to the public and attended by friends and strangers. The aim was to produce a kind of meaningful conversation that was lacking in more formal spaces such as cultural institutions and art centers. 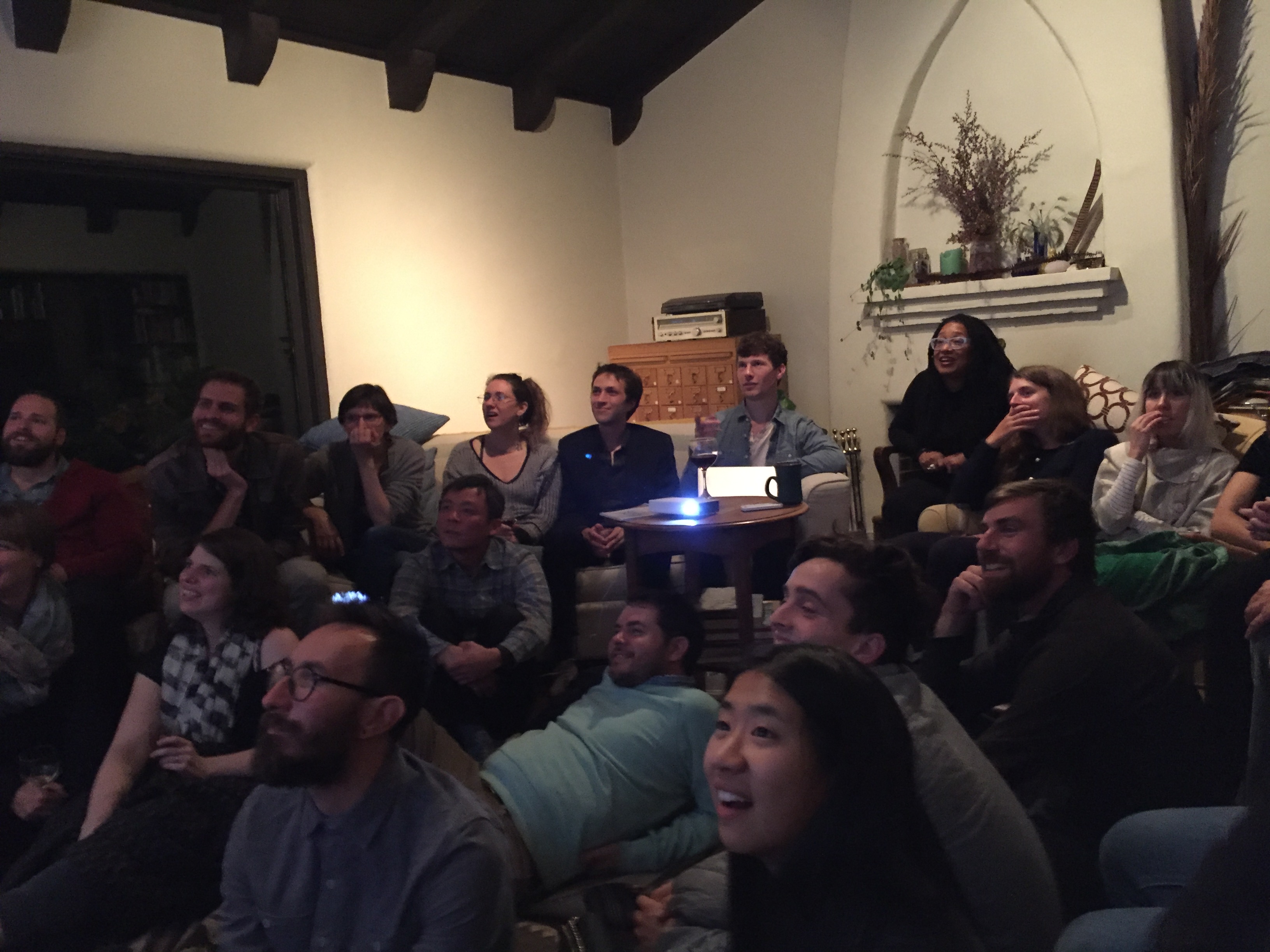 In addition to a deeper sense of engagement, the informality of the setting allows the Living Room Light Exchange to bring a wide range of practices into conversation with one another. Over the course of two years, the platform was dedicated to makers, writers, and thinkers working in physical and digital spaces as well as conducting experimental research. In addition to sharing works in progress, the range of subjects cover everything from sound art, social media platforms as a medium, to performance pieces in their nascent stages. For example, artist and writer Nicholas O’Brien shared work on videogame design as a way of creating more conceptually driven and literary works. Other notable speakers have included artists Pamela Z and Chip Lord.

Berdugo cites one past event as an example of the success of this wide-ranging approach, “we had a speaker [Parker Higgins] talk about his project that involved Freedom of Information Act (FOIA) requests for every single deceased person who had an obituary in the New York Times. That same evening, we had another speaker [Surabhi Saraf] who was creating videos with dancers about pharmaceuticals and growing up in India and how to embody machines in factories through choreography. Both of these speakers have a place in Light Exchange and they both make total sense next to each other… and that is what is so special about the space we’ve created.”

My first Light Exchange event took place in the living room of artists Morehshin Allahyari and Andrew Blanton. I looked around and saw a few familiar faces, but there were many unfamiliar ones as well. At first, it seemed a lot like a dinner party and niceties were exchanged. A single lamp gave enough light to set a relaxed tone, set off by a bright cerulean blue projector light bathing one wall. When the speakers began, a flow of questions ensued and the conversation flowed—a rarity in more institutional spaces. 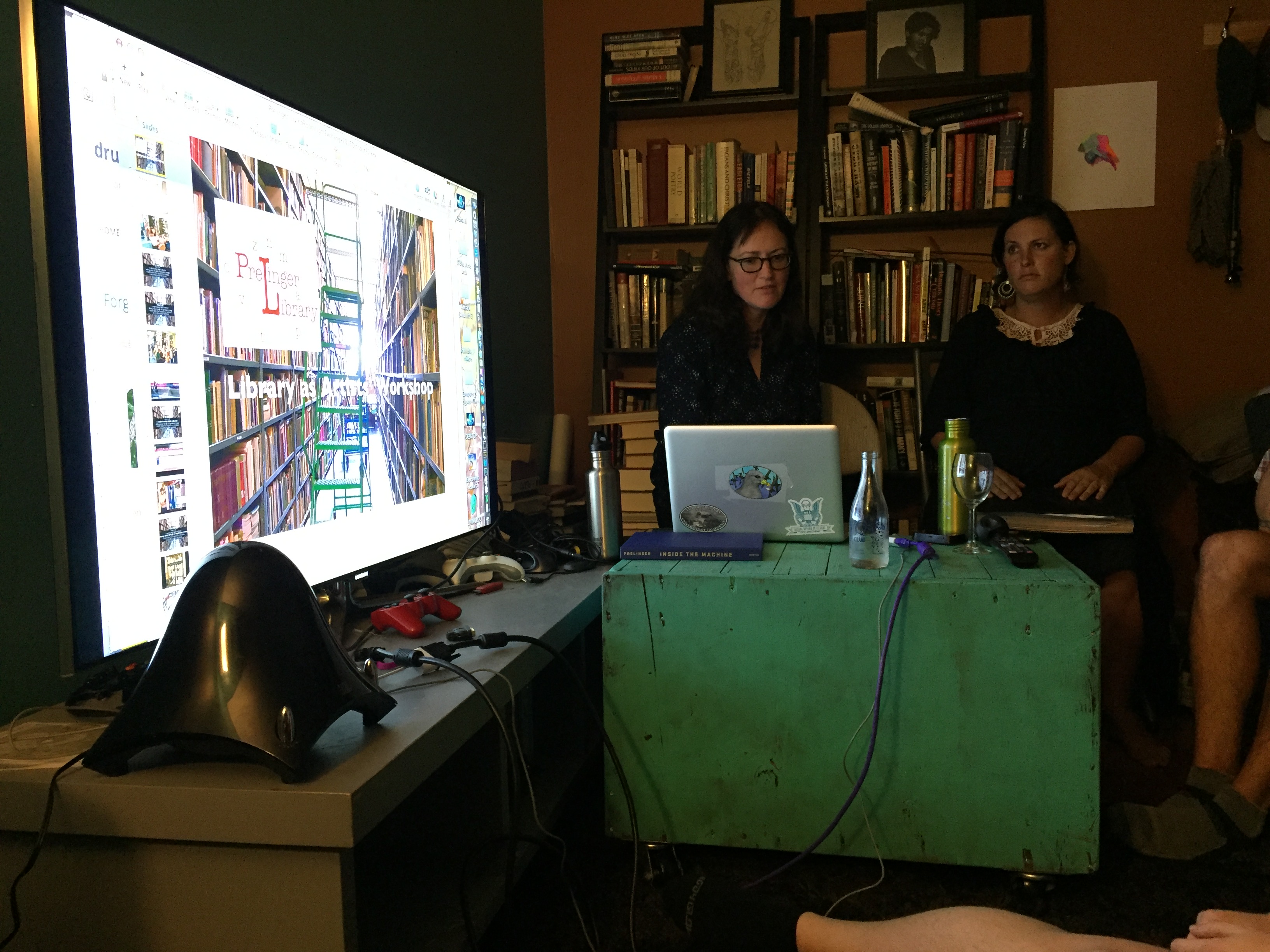 Later, I participated in Light Exchange as a speaker, presenting my academic research on augmented reality and virtual reality as performance space and discussing the work of several artists. I made the unorthodox decision to intentionally omit slides or visuals, an idea which was welcomed by the founders. This forced me to engage with the guests, as well as my own language for describing highly visual work.

I presented alongside Berdugo and John Herschend, and engaging in conversation with these disparate practices also gave me a new perspective on my work. Familiar with Herschend’s practice, I was pleased he screened Discussion Questions (2014), a Powerpoint style film commissioned for the 2014 Whitney Biennial that seems to begin as a serious conversation about a film screening but devolves into a discussion of the moderator’s own romantic fantasies. During the exchange, the conversation that ensued included questions on the creation of work based on our hometowns, our ideas on how language through these mediums takes away or enhances our understanding of the environments we work and live in, and what it means to purposely use humor and whimsy as a device as seen in Berdugo’s ongoing Zoom video series. 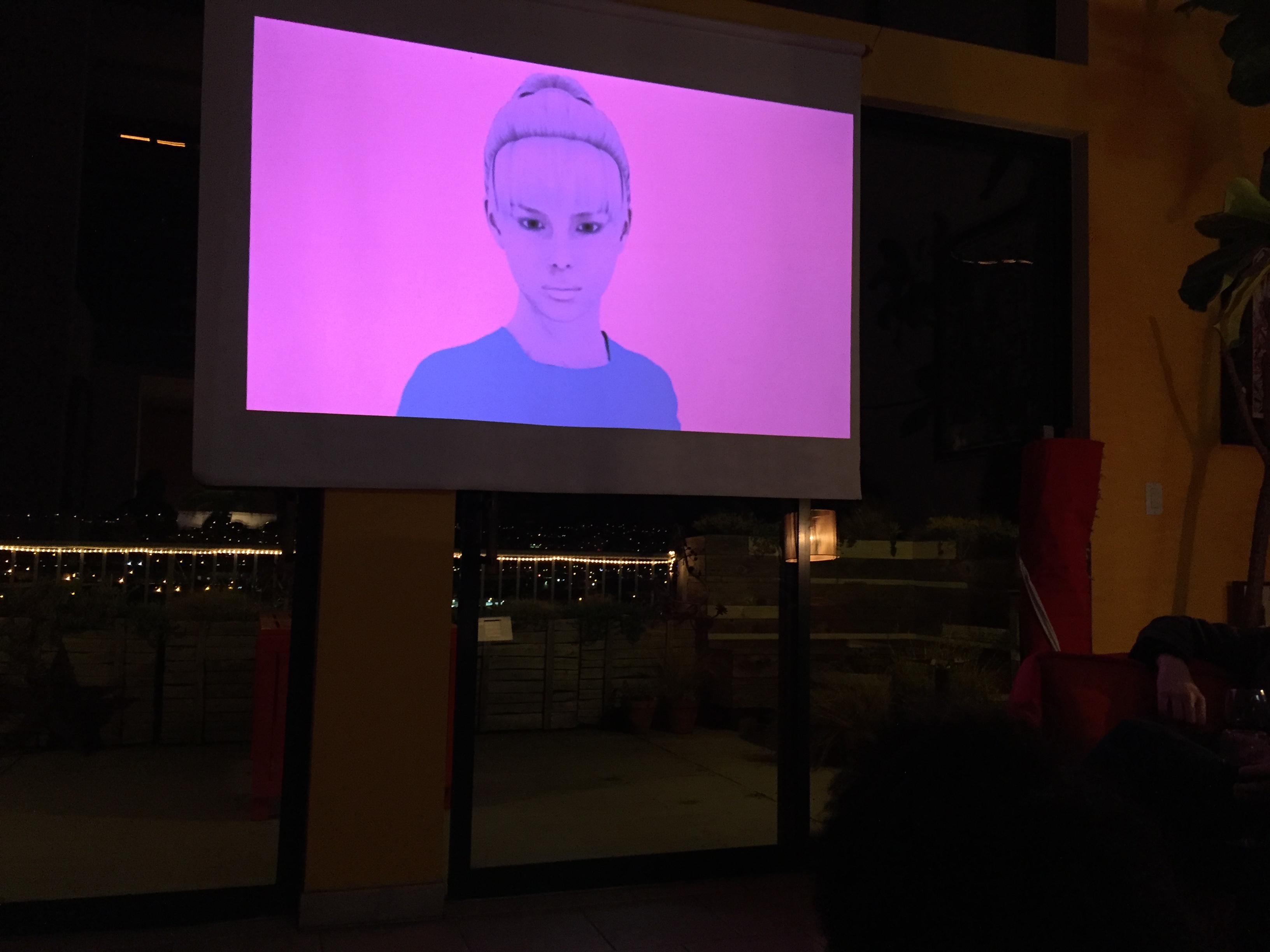 Another noteworthy aspect of Light Exchange is the absence of documentation. There are remnants here and there on the internet, but deliberate documentation would change its overall tone. Moreover, lack of documentation has been intentional as events take place in private spaces. Berdugo and Vargas are nevertheless exploring this for future iterations and have already been asked to adapt an iteration of the Light Exchange for public spaces. Documentation of the talks might push Light Exchange audiences and visitors to engage presented material differently. In the living room of the future, Berdugo and Vargas have made certain that the living room isn’t just a room for decorative purposes and entertaining, but one filled with conversation free from the confines of a cultural institution.

Recently, Berdugo and Vargas announced the release of a new book funded by Bay Area arts organization Southern Exposure’s grant program, Alternative Exposure. Vargas shared, “we’re writing a cookbook so we can offer the instructions on how anyone can start a Light Exchange... We’re putting a lot of emphasis on constructing the environment in collaboration with the location that it’s at, with the speakers we’re curating. We care a lot about how we think about generating conversation.”