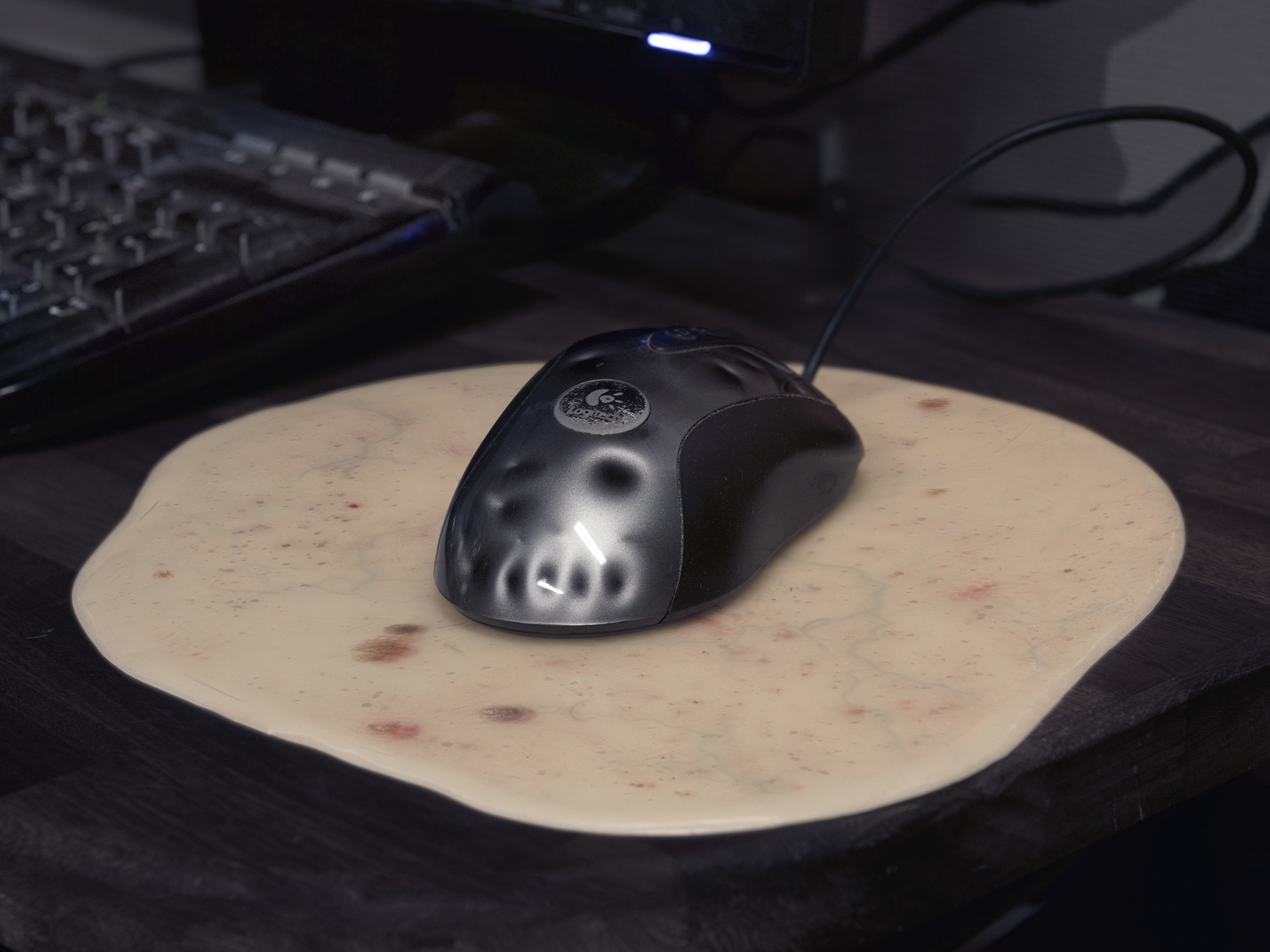 AH: Your recent exhibition "eStamina" at Import Projects looked at smart drugs and "nootropics" as potential human enhancement technologies (HETs). You used the visual language of advertising and stock photography to mirror a kind of over-the-top commercial placidity, while the gallery space was infused with fog that contained nicotine—like a giant e-cigarette. Can you expand on your interest in these health technologies, which seem to sanitize otherwise unhealthy pastimes (smoking, partying, etc.)?

BxS: Health is a tricky topic. Its definitions are laden with subjectivity and often rely on some really dodgy ideas of normalcy. A lot of the time it seems as if the term gets used comparatively—like the way vaping is marketed as "healthy," as in, healthier than smoking tobacco. The position overlooks the most rational solution—to quit, or never start in the first place. 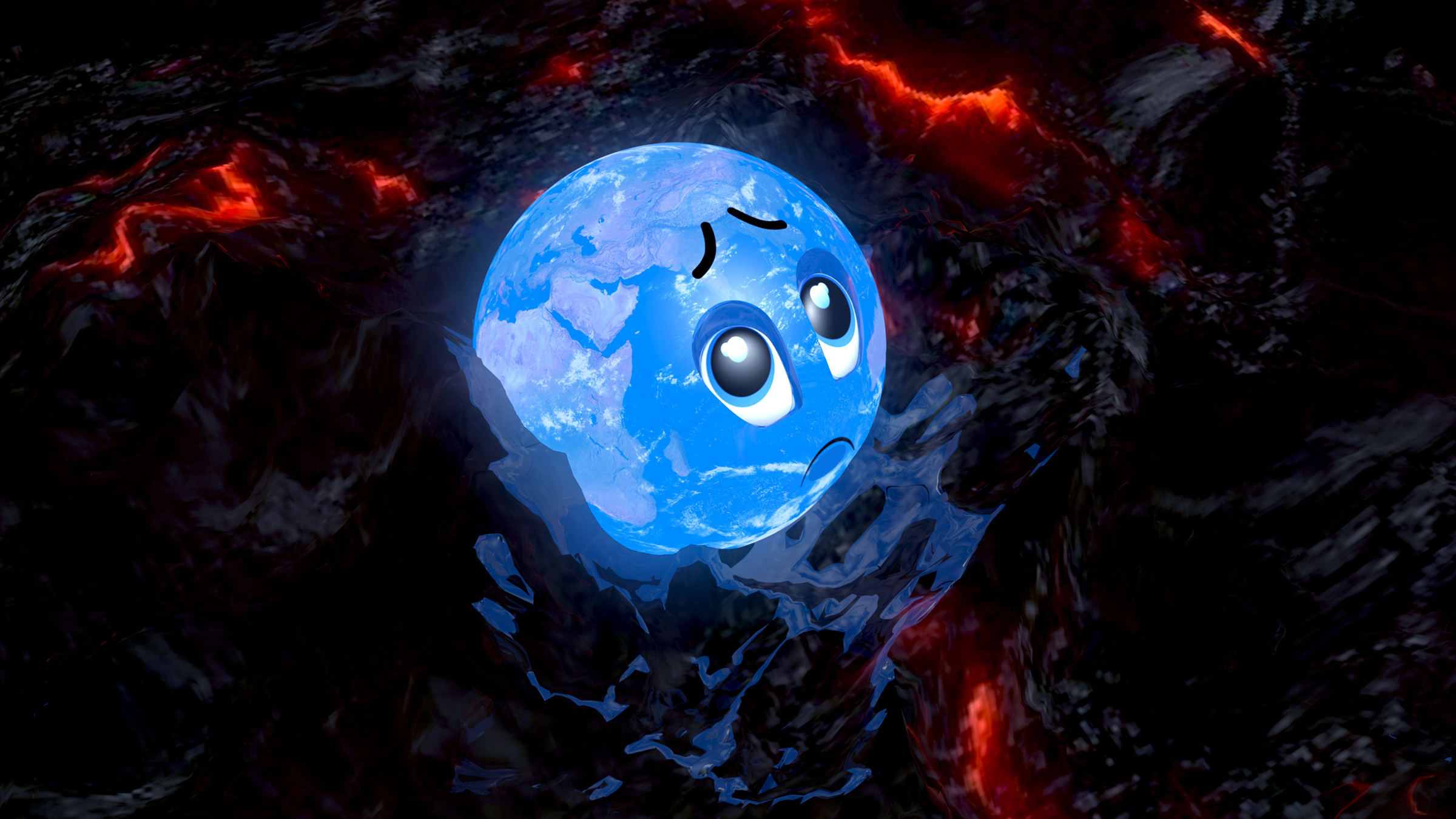 Our interest in HETs came from looking at the questionable ways that perceived problems are supposedly "solved" through technological means. There were, for example, several chapters in "eStamina" that focused on cognitive enhancers—from caffeine and nicotine to transcranial direct-current stimulators. Although these products can be effective short-term remedies for curing sluggishness and increasing concentration, the impetus to take a drug rather than a nap may evidence unhealthy or destructive perceptions of productivity and a tendency to treat the symptoms rather than the disease.

"eStamina" had a certain aesthetic texture that referenced the glossy 3D-rendered images of tech advertising. The piece had a lot to do with sincerity—with perceptions of who one should or shouldn’t trust. We wanted the visuals to provoke a feeling of unease—like the forced smile of a salesperson. We used this polished visual language to unify the chapters, but the narrations themselves—coming from 26 different contributors—held varied, nuanced, and sometimes conflicting projections of the future. One common thread, however, was the probing of a certain fatalistic or defeatist mentality that suggests individuals are incapable of real change—a position that often results in responsibility being deferred to abstract external forces like science or technology. The implications of how this deferral can shape the future is massive—from vague promises of bioprinted meat to outlandish carbon-capture schemes; a mentality of "why care today when technology will save us tomorrow" prevails. 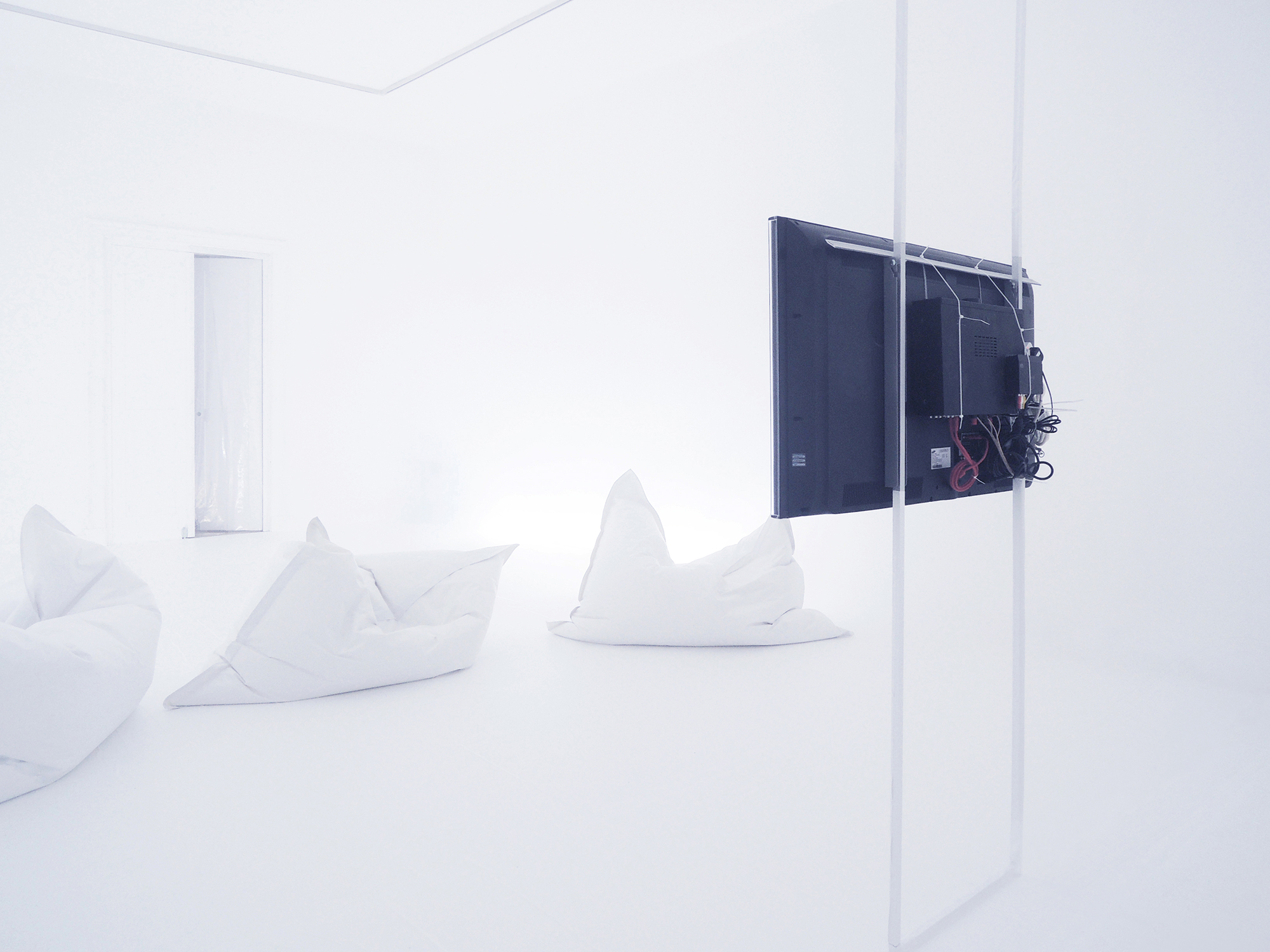 AH: You also do curatorial work. The latest—"Swimminal Poolitics"—was conceived in Greece and took place online. The aesthetic of the swimming pool, transposed online and with this quintessential commercial vibe, again creates a placid, almost heavenly angle on branding and technology. What is your aim in further pacifying these insidious marketing tactics?

BxS: We decided to put together this underwater show while doing a curatorial residency on a Greek island near the Turkish coast. The idea came to us after noticing the juxtaposition of the locale’s luxurious pleasure-driven tourism industry with the nation's dire economic situation and the unfolding refugee crisis. Picture, for example, wealthy northern European tourists sunbathing on a beach littered with freshly discarded refugee life jackets; it made for a very jarring sight. Working with the pool provided a way of referencing the aesthetic syntax of holiday tourism. We wanted the show to feel like the kind of ads designed to lure people to luxurious island locales bathed in sunlight. The intention was in part to investigate how our ideas of place are actually shaped by these images. The end result did indeed reflect this commercial language—a series of sleek and unnaturally blue-hued documentation photos on a slick interactive website. The images also had a somewhat analogous quality due in large part to the visual intensity of the underwater environment. The individual works, though, touched on a wide range of subjects—from less thematic positions to overt economic and political metaphors. 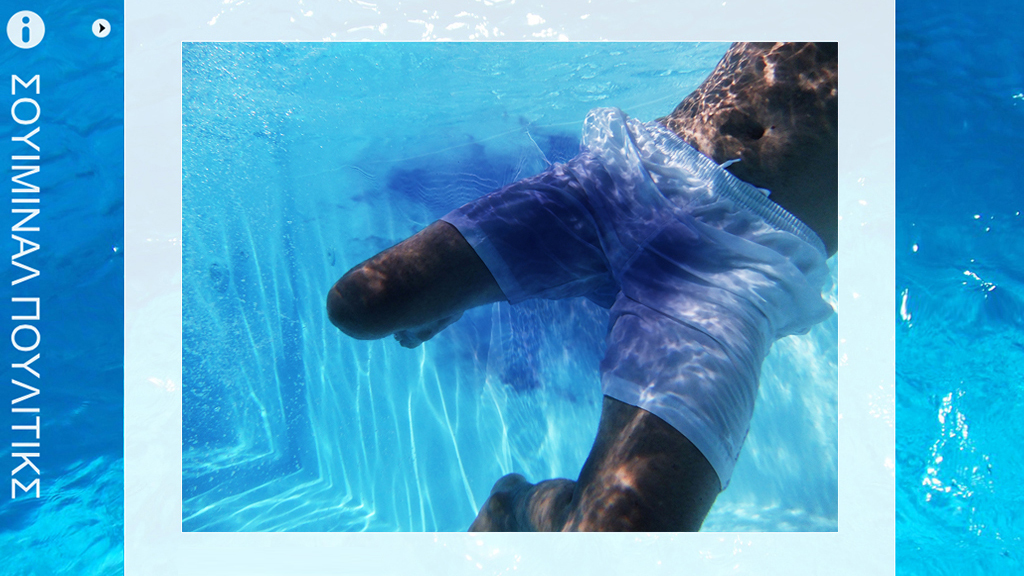 AH: Where does your fascination with skin—"Second Skin," "Deep Skin," DermaPads—come from?

BxS: Perhaps our initial fixation with skin began with a series of UV-reactive collages we made based on contemporary "tribal" tattoos. We were fascinated by the generic pan-cultural exotisicm that these tattoos embody and what tendencies their quasi "back-to-nature" appeal reflects. Also, these works were produced by layering acrylic on a removable plastic surface in order to create a thick "skin" of paint from which the motifs were cut out and then collaged onto a support.

"Deep Skin" took place in a very specific environment—a class 2000 clean lab, which had very strict cleanliness protocols. We asked the artists involved to consider this extreme location in relation to the idea of the human body as a carrier of dirt, pathogens, microorganisms, DNA, etc. The show was also 2.1 km underground, so on some level the "skin" in question partly referred to the Earth’s crust. 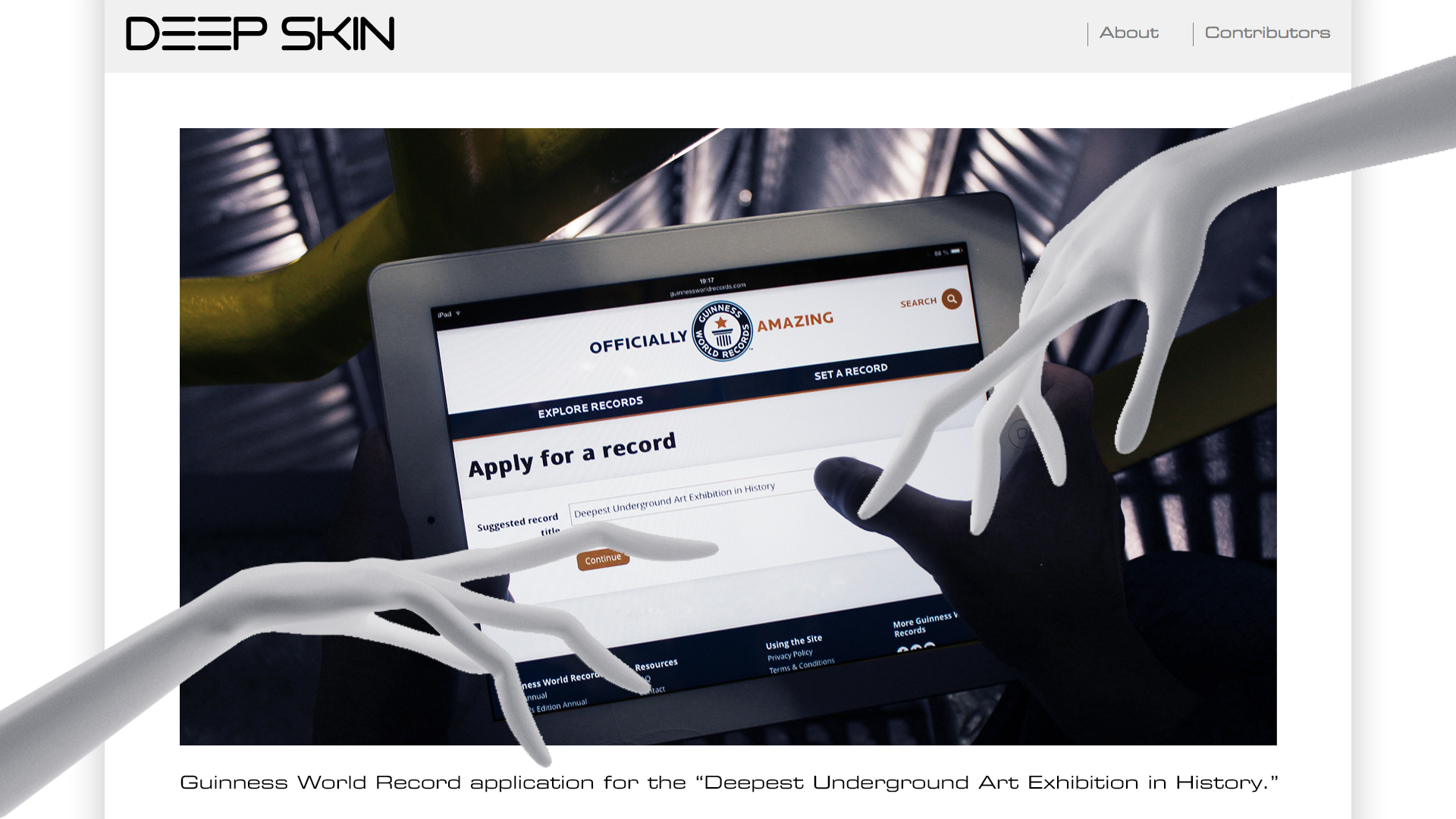 DermaPads (perhaps the most literal incarnation of the theme) was a series of soft silicone mouse pads we made that resemble puddles of human skin. With these, we had Cronenberg's 1999 film eXistenZ in mind, where tools for gaming are integrated into the human body or vice versa. We found that the tactile sensation of sliding the mouse over something that looks and feels like human flesh felt nice, weird, and strangely sensual. It simulates body to body contact whilst the user is engaged in the disembodied environment of the digital realm.

AH: How does language or poetry factor into your work? In particular, pieces like Carnal Craving Crude in the "Anger Management" show at Komplot Brussels.

BxS: Carnal Craving Crude is part of a series of lava-like "3D poems" whereby digitally animated words morph from one into the next. In this particular piece, the words were rendered to look like fire, which lends the piece a hypnotic quality akin to watching a yule-log video. As the flames take on the form of words, a series of crude sexual innuendoes emerge, making links between meat and perceptions of masculinity: "salami saliva slap," "sausage sizzle squirt," and so on.

Text is a common element throughout much of our work. There’s something we find attractive about the ability of written language to conjure up vivid imagery and a host of connotations in the viewer’s mind. With our 3D poems, the symbolic potential of the words is affected by an interplay between text and image, as they are ornamented with color, font, texture, and so on. As they flow from one configuration into the next, a juxtaposition is also created between the relentless stream of information and the minimal, static visual composition, comprised of a single word isolated on a flat background. On some level, this reflects our experience of the internet—an endless scroll of data presented within a constant navigable structure. 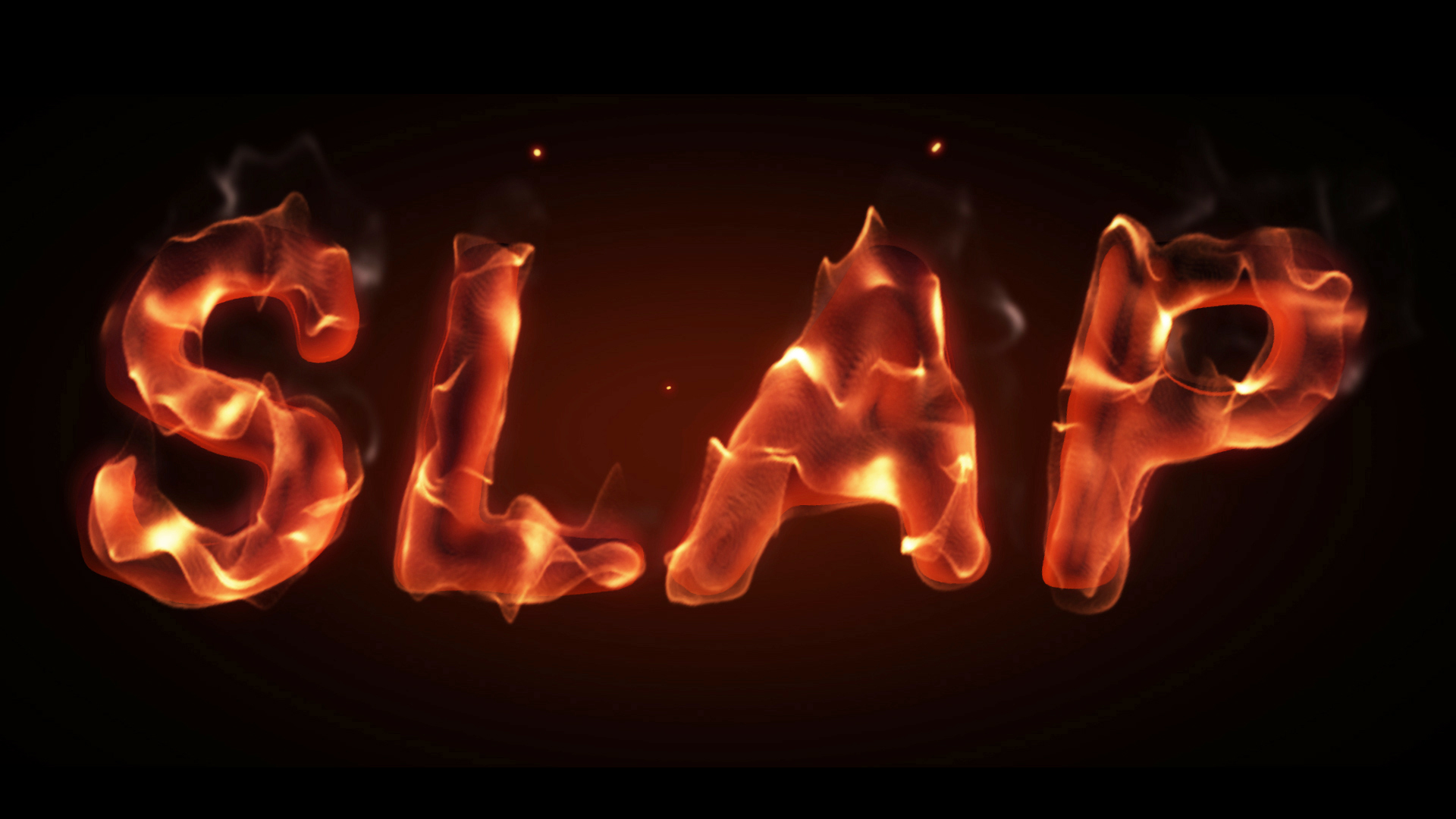 AH: As collaborators, what is your process like? How do you best envision your work being shown, online or off?

BxS: We spend a lot of time talking about art and tossing ideas back and forth—a conversation that’s been on-going since we were seventeen. When we finally agree on what to make, we then go into a kind of "production mode," which usually entails zoning out in front of our screens for extended periods of time until we get the work done.

About the on/offline divide, we don’t really make a distinction. There are some different protocols for dealing with physical versus virtual space—some ideas translate and others don’t—but those are just nuances or technicalities. Also, since physical objects usually get documented and disseminated online, even "offline" events often occur simultaneously online. Overall though, it seems like we tend to present "virtual" work (like video) in physical spaces, whereas our purely online exhibitions have consisted mainly of photographic documentation of physical objects. 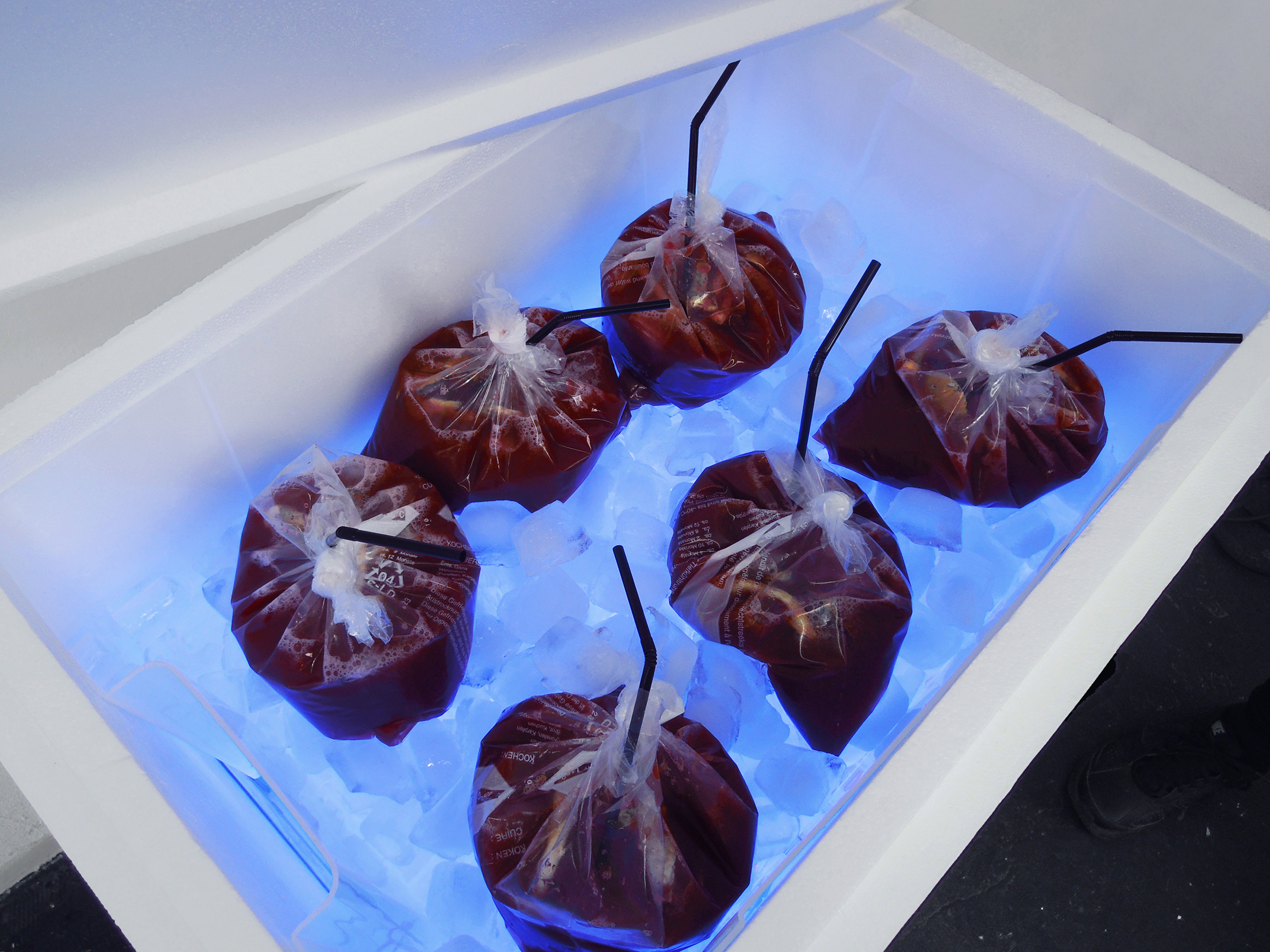 We’ve been living mostly in Berlin for the last 8 years, but we’re always travelling around—especially to our former home of Toronto or to escape winter in Southern Florida. As of late, we’ve been seriously considering a more permanent move to Athens.

Technology is ubiquitous. It shapes our bodies and minds, and without it, we probably wouldn’t be here. But that aside, we got acquainted with html coding and 3D animation circa 2005.

We met in high school and bonded by making matching latex rave outfits together. We then studied Drawing and Painting in Toronto and Renaissance Art History in Florence at OCAD University. From there we went directly into an MFA program at the University of Waterloo, which included internships in New York and in Berlin, where we decided to stay.

Floral designer, pharmacy cashier, selling flowers at Mövenpick, teaching ESL, construction, and artist assistant jobs. But all this work felt exploitive and underpaid, so now we try to avoid working for other people altogether. 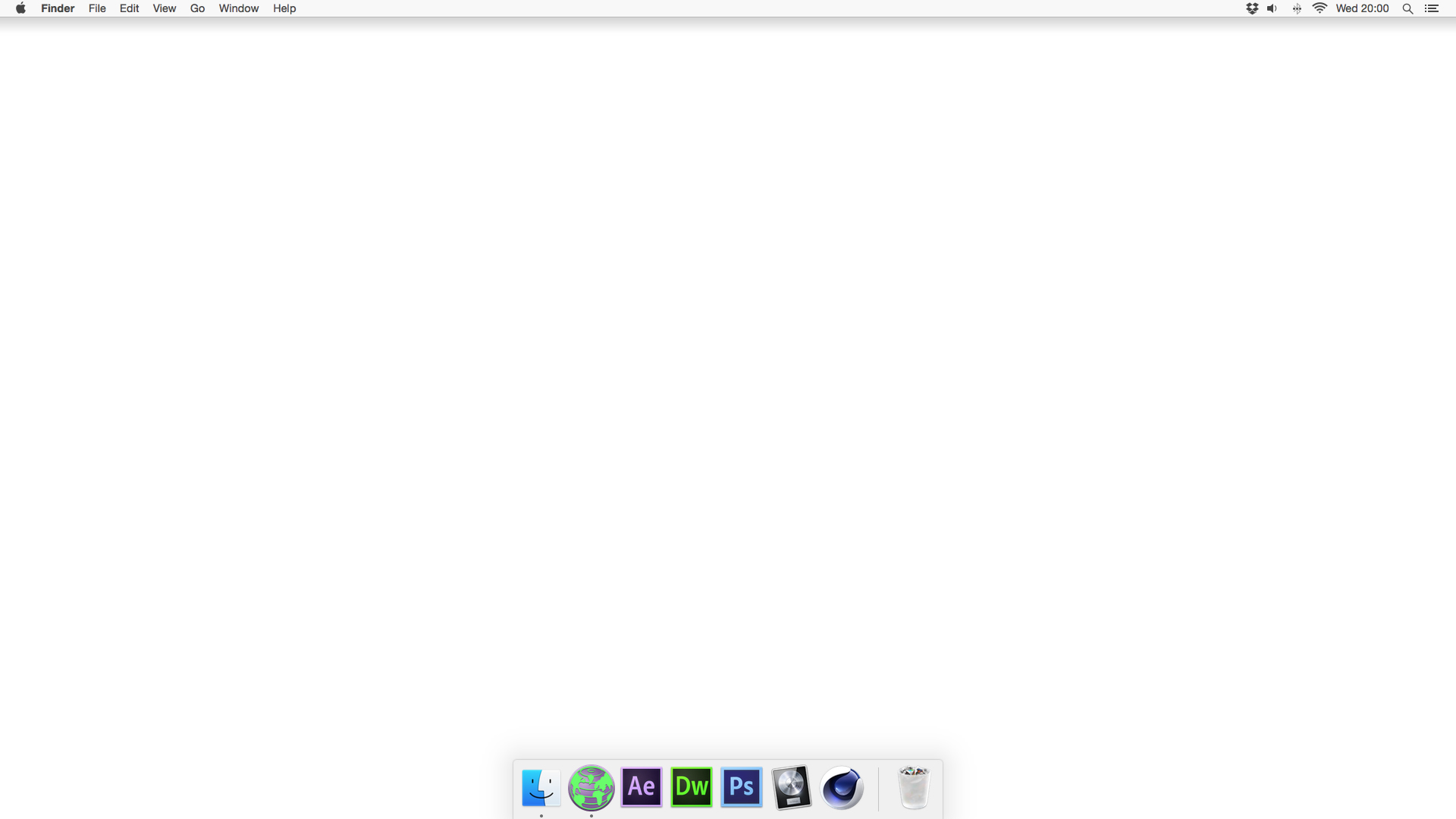