Since 2013, Rutherford Chang has documented himself playing Tetris on the Nintendo Game Boy 1,747 times in an effort to become the number one player in the world. Chang's best effort of 614,094 points puts him in second place worldwide, according to ranking site Twin Galaxies. Chang livestreams his efforts online on the Twitch platform, where gamers broadcast their gameplay while viewers look on, and archives them on his site, gameboytetris.com. 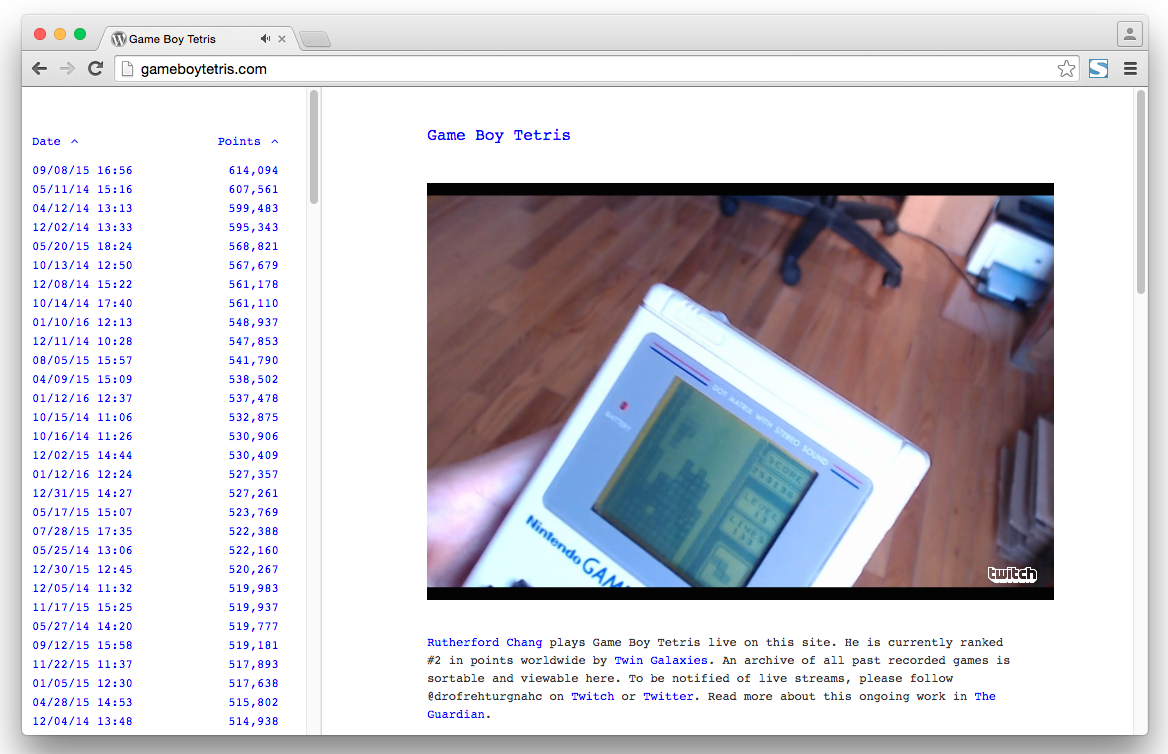 Through Thursday of this week, Chang's gameplay is been presented for one hour each day at noon on the front page of Rhizome.org as part of the online exhibition Real Live Online, copresented by Rhizome and the New Museum and curated by Lucas G. Pinheiro and Devin Kenny.

In November 2015, Chang wrote a letter to Nintendo Power magazine, which appears below. In it, Chang explains his single-minded pursuit: "Game Boy Tetris is such a profoundly simple yet infinite universe unto itself that I have dedicated myself to its mastery, and no longer have capacity for other 'games.'" The letter was not published, because the magazine had folded three years prior. There is an air of futility and obscurity surrounding Chang's mission, but the project seems to offer itself as a metaphor for many, if not all, human labors. For now, though, the record still beckons. 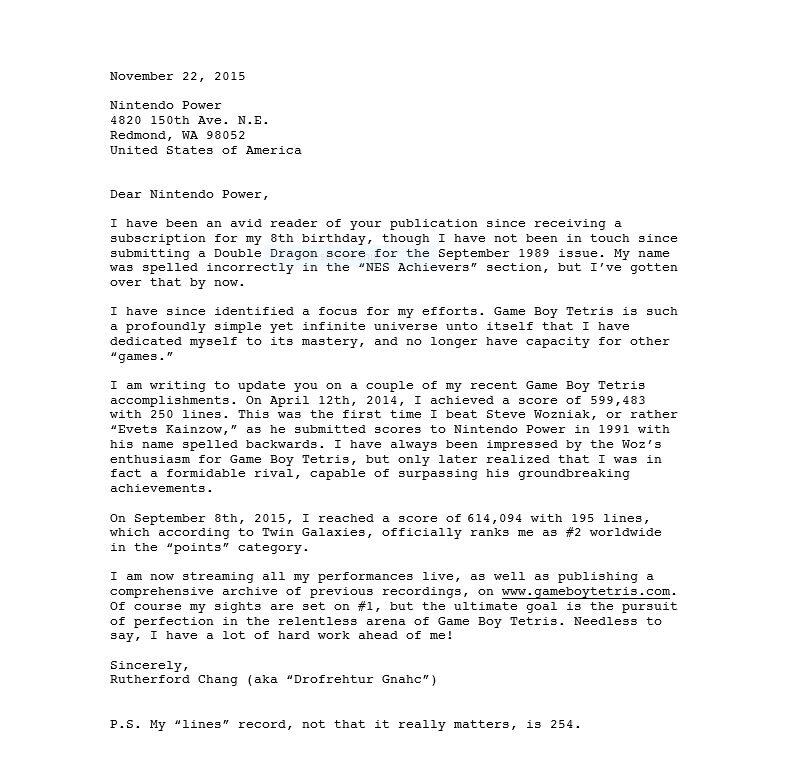 To be notified of future live streams, please follow @drofrehturgnahc on Twitch or Twitter. Read more about this ongoing work in The Guardian.