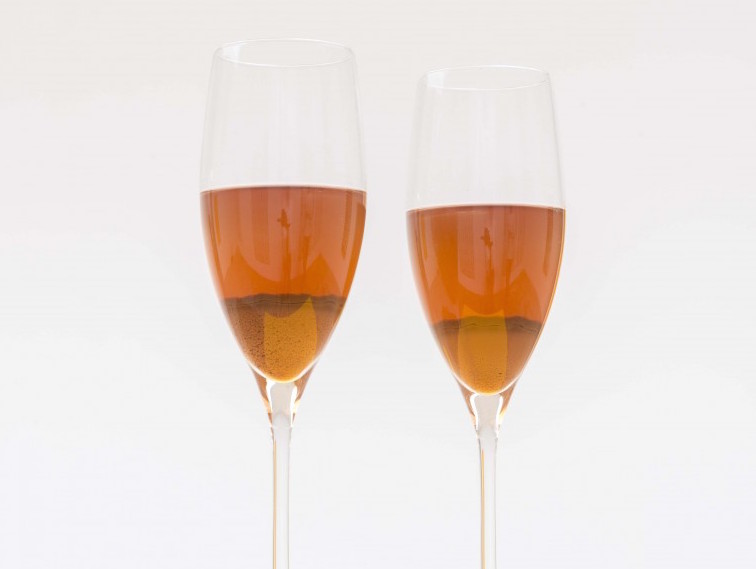 How to begin? It’s a hell of a question that seems to possess Matt Sheridan Smith. It has plagued writers for millennia and openly aggravated literature for the best part of a century. Sheridan Smith’s online text-based game seems to adopt the format of interactive fiction (IF) as a way of relinquishing linear narrative’s fixed points, its beginnings and ends, allowing this question to dissolve as he writes up characters, landscapes, and atmospheres for us to trace our own paths through.

You Can’t See Any Such Thing (2016) is hosted by Triple Canopy as part of volume 19, “It Speaks of Others,” which explores how objects, or the limits of objectivity, are “troubled by the proliferation of intelligent, networked devices.” The theme is explored diversely, from Alexander Provan’s analysis of his encounters with chatbots (accompanied by an amiable and verbose chatbot version of himself), to Lara Mimosa Montes’s “The Cinderella Complex,” introducing her poetry that “speak[s] back to the bliss I experienced after having encountered [Colette] Dowling’s dumb and dumped object,” to a chilling meditation on the medicalization of reproductive bodies in Irene Lusztig’s The Motherhood Archives. 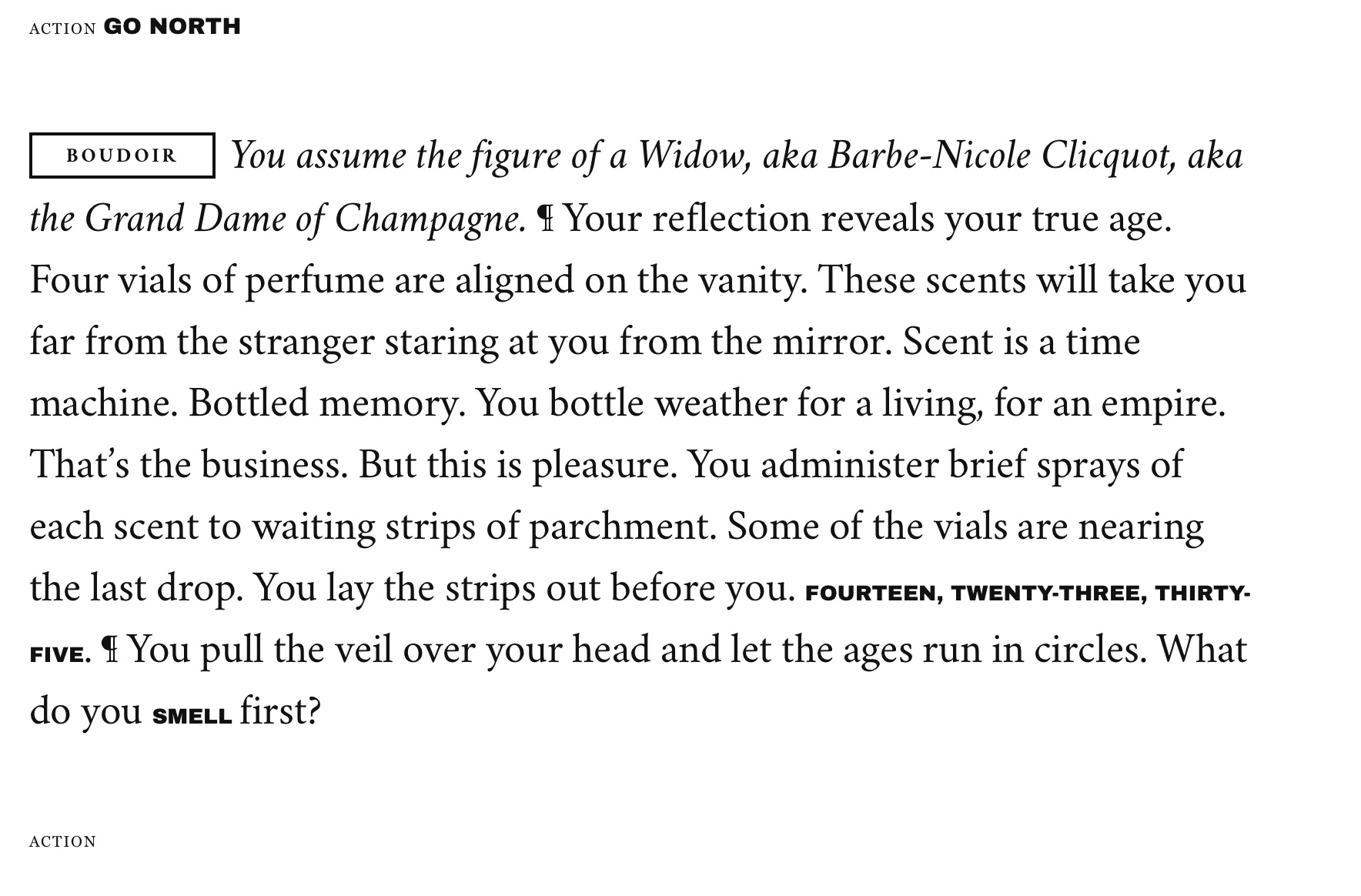 Screenshot of Matt Sheridan Smith, You Can't See Any Such Thing

In this company, Sheridan Smith’s IF provides a site for the player (or reader) to manipulate set coordinates, navigate various environments, and influence characters through text-based commands. The characters he presents have appeared in previous works. Madame Clicquot, champagne innovator and entrepreneuse, Italian anti-fascist champion cyclist Ottavio Bottecchia, and Douglas Bader, a British paraplegic fighter pilot, are all notable historical figures whose residues have been explored in turn, in three of Sheridan Smith’s most recent solo shows at Hannah Hoffman Los Angeles, kaufmann repetto, New York, and mother’s tankstation, Dublin, respectively. In this new work, Clicquot, Bottecchia, and Bader are brought together and reunited with a “mysterious actress named Katie” for the first time since his 2011 exhibition “Tell me the truth – am I still in the game?” which included a text-only computer game that was installed on a monitor among other works in the exhibition space of FORDE, Geneva. 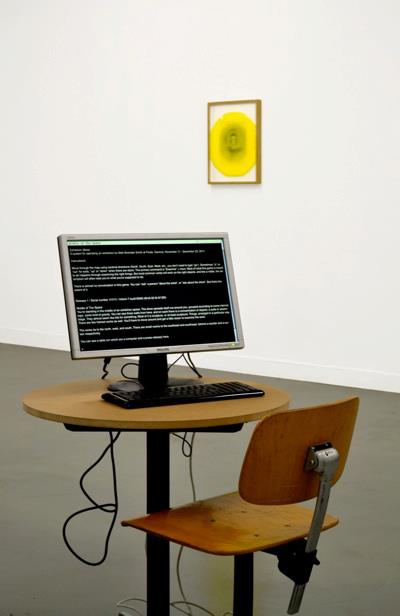 You Can’t See Any Such Thing is set in the four compass points, and in each area it recognizes four distinct commands, each corresponding to one of the five senses. Travel north to Clicquot, for example, and we are allowed smell. South brings us to Bottecchia and where we see, west we travel to Bader’s where we are allowed to touch, and east, by Katie, is where we, or “she,” can listen. Sense commands correspond with nouns, emboldened within Sheridan Smith’s instructional texts. We “see” Bottecchia’s gold pocket watch, a prize that marked the beginning of the cyclist’s championship-winning career,

Taking a small soft cloth he wipes away the slight smudge of a fingerprint.

He pulls gently at the small winding knob until it clicks. Time stops. He turns the frozen hands in circles, then pushes the knob and watches time turn again. Time again. Just look at the time. Watch at the watch. Pull. Push. Everything turns to stone.

Sheridan Smith seems drawn not only to the events that map out a life but the importance of almost imperceptible things, volumes, fluids, seconds passing, the bubbles that define Clicquot’s champagne, the filed spoon with which Bader escaped internment. Match sense-command and noun correctly and a Proustian flashback is triggered, lyrically described on screen. Sheridan Smith has an ear for rhythm and we’re with him as clauses speed up and slow down, as focus shifts from landscape to inner world. It’s intoxicating. Get the commands wrong and you’re served a plot hole. But the hole is not empty. Each parser error generates short facts about events from the characters’ lives cut and pasted from sources like Wikipedia or niche websites and blogs. These sentences are sobering by comparison, crudely constructed and less interesting.

The latter, Sheridan Smith declares in his opening instructions, marks “the limit of the game’s coded world, a discovery that also triggers the end of the player’s suspension of disbelief.” But there is a disjoint between the game’s intention and its impact because this ploy of narrative interruption seems poorly constructed against the elegance of his prose. In Sheridan Smith’s quite minimal paintings and installations, the melodramas of his subjects’ lives are tempered with limited disclosure of their clues or symbols, refusing to aestheticize the romanticism of their appeal. Here, the balance between lyricism and asceticism tips, prose easily overpowering plot-holes for our attention. In the transitions, and the transitions are constant, momentum is lost and the game’s appeal wears off. The four characters’ respective narratives remain disconnected but for their onscreen proximity, like tabs hanging open on a browser as we shift—in this case, scroll—between them distractedly.

The residual impression of the work, however, is not the disappointment of the game but the quality of the prose, and the worth of a project that gives Sheridan Smith space to come closer to his subjects through writing than before. Among the other artists of issue 19 wrestling foreign, intelligent, or otherwise animate bodies while ultimately questioning their own agency, the troubled object in this instance is surely the artist himself with that nagging question of how to begin. Perhaps he is briefly personified by the fourth character, Katie the actress of whom the least is disclosed, as placeholder for his desire to be parachuted in, “capable of inhabiting other figures.” One hopes that for his next installment, in a gallery or online, Sheridan Smith continues to indulge his writing in order to push his subjects, tip the balance and trouble further.