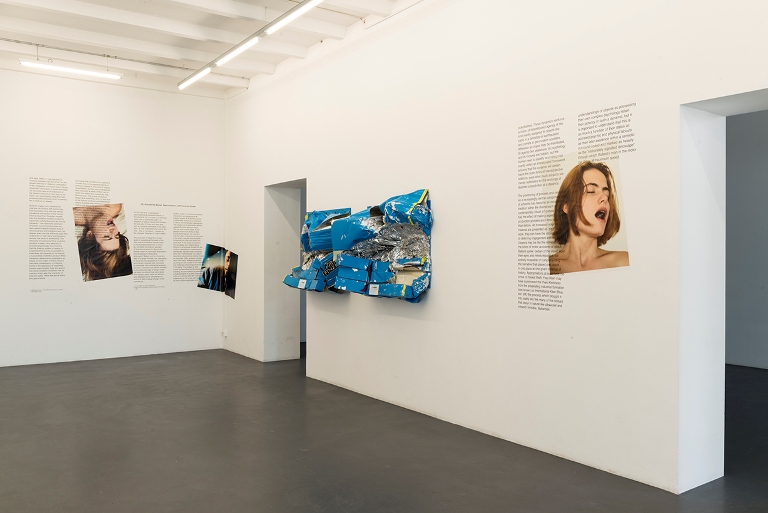 Your most recent exhibition, "The Labor of Watching" (2015), takes as a primary reference point historical images from automobile safety test videos. These videos, as your work notes, are now widely available on internet video-sharing platforms; they are thus radically de/re-contextualized by audiences who in many cases have no firsthand memory of the vehicles shown or the context the videos were designed for. How do you see the proliferation of digital images changing expectations of visual experiences?

In our work, we use the videos only as a point of reference. In the space in Basel we presented just the crash barriers themselves. These objects are present in the videos, but they usually escape the attention of audiences who are focused on what happens to the cars. Depending on your perspective, this focus could be understood as a distraction. For us, the barrier is a much richer object, conceptually speaking; it's made only for the test, and, unlike a car, it does not serve any other purpose than to be something to crash into while being watched by researchers. Secondly, in forthcoming exhibitions we plan to contextualize the barriers differently, creating new structural meanings with them in line with (Oskar) Hansen’s notion of the "open form." We assume that, in part, because of the infinite proliferation of internet imagery, the viewers of our work will bring a memory of these videos with them when they view the objects; it therefore becomes superfluous to actually present the video content in the space.

Such an overt connection to the digitalized images would limit, rather than expand the chain of references and possible interpretations we seek to evoke in the work. Frequently, it is the case that the sheer availability of images distorts the expectations a viewer brings to a given context. For example, despite all information to the contrary, young women often believe the models they see on fashion magazine covers actually look the way they do despite open admissions of the use of Photoshop by the designers; or, more directly germane to the works in "The Labor of Watching," Formula 1 viewers often attend races expecting dramatic crashes despite how rarely these occur. We did not want to prime expectations directly in our methodology of display, merely to evoke what we believed would likely already be there in the minds of our interlocutors. 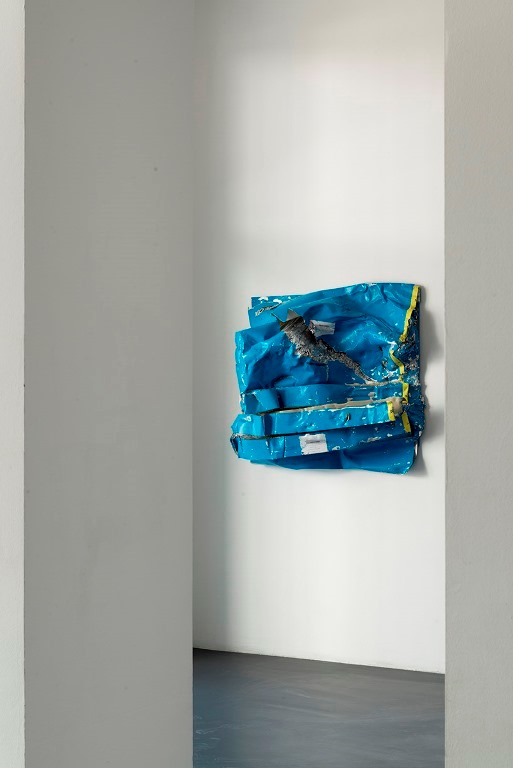 In Masks (2013), you highlight the physicality of the process of overwriting and erasure in text production in ancient societies. The works themselves incorporate images from ancient cultures imbricated with images which allude to or directly feature the components of digital representation. Do you feel that the infinite reproduction of digital images is in dialogue with such highly physical methods of production as referenced in the work—particularly as digital images are themselves the product of much overwriting (e.g. code writing onto hardware writing onto the pixels which then compose images or representations of images)?

We are interested in how perception can be seen as a multilayered construction in which access to certain levels of awareness is restricted or obstructed. We aim to create works in which the audience and the artwork itself are equally important points of aesthetic reference. Elements of our pictographic reality are products of endless systems of evolution—and revolution—thus, many aspects of contemporary imagery, for example visual tropes or compositional relations, can be traced to ideas prevalent in ancient cultures. Moreover, the psychological construction of our perception can also be seen as a result of a lifetime of overlaying experiences. The work grows out of this background as well as a number of studies we have read of patients being able to recall traumatic events in minute detail despite large amounts of time elapsing between the recall and the underlying event. We wanted to create a work that embodied these features of the process of visualization and remembering. The physical aspect of the work, addressing the scraping out and the overwriting, was important to us because of its brutality, unpredictability and irreversibility. Once a certain cognitive event takes place, we are unable to see things the way we saw them before. The event cannot be "unseen." In a time of visual overload and an endless stream of traumatic imagery, it is important not to underestimate the consequences of this feature of our cognitive faculties.

The choice of masks in the work was also a game of contextualization—a mask is an artifact that, more than anything else, shows how context can change a message. The familiar Shakespearean gesture of removing a mask is probably the most beautiful example of manifesting this reality while simultaneously exposing or sabotaging its logic. In our case, we decided to hide digital print and contemporary masks behind a screen print of historical African masks. The sense we had was one of civilizations in dialogue across time; the overlaying of technologies is yet another aspect of this discourse. We are also interested in how changing standards and constant scripting and re-scripting influences messages. Digital images are written in 0-1 systems, and binary itself is meaningless until such time as an executed algorithm defines what should be done with each bit, byte, word or block. We concentrate on this dynamic of instruction and translation in other works as well; for example, in a series of textiles we are presently working on we are breaking internet-sourced images down into their source code in order to reproduce them according to a different logic of translation in Jacquard fabrics (the Jacquard loom was the first machine with software written in binary—a protoplast of our digital era, in a sense). 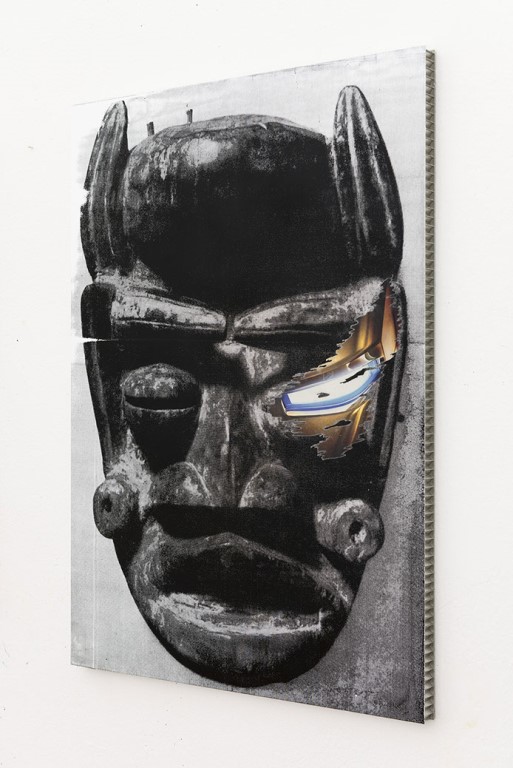 The work Autumn in Peking takes its title from a 1947 novel by the French writer Boris Vian. Specifically, it references the archeologists in Vian's novel who are tasked with smashing ancient vases so that they can be reassembled by museum preservation staff. In the work, vases can be bought from a vending machine; as the vases drop into the retrieval tray at the bottom of the machine, they break. The work is described as having been inspired by the ubiquitous vending machines in Japan which sell seemingly incongruous objects like live lobsters. As the process of commercial sales is increasingly automated and digitalized, do you see the role of human beings in contemporary economies as being fundamentally redefined? Vian's conservationists could be seen as representing a branch of the "knowledge economy" such as is frequently described in contemporary business and economic discourse. For you, is such a "knowledge economy" simply a hollow concept ripe for satire in the Vian sense, or are there entirely new relations emerging in post-digital capitalism that you think are important to recognize, acknowledge and discuss?

For someone who grew up in a post-communist reality, Vian's idea seemed like quite a realistic situation! When we first thought about preparing a work for a vending machine, we wanted to focus on the performative and economic aspects of the specific dynamics of display the machine provides—the exhibition was visible through the machine's glass door, but the "exhibits" were displayed according to the machine's internal design logic, completely different from what is expected of an exhibition. In the work, you could only fully interact with a piece if you purchased it. To truly exist, the work needed an active audience, and, importantly, there was the additional action performed by the machine as a mediator between the audience and artwork.

We also wanted to address the Japanese context in two specific ways, first, the vending machine, and the practice of Kintsugi (金継ぎ), a special technique of decorative mending for broken ceramics that became so popular that some works were deliberately smashed just to be repaired. The work thus has a specificity of place that we regard as critical to its realization. In a larger sense, with regard to the question, the work mirrors features of global capitalism in that in order to participate, you must be a buyer. The role of the seller is now increasingly complicated and automated on both basic and sophisticated levels (from automated check-out in supermarkets to high-frequency trading). We felt the machine seller and the conscious buyer (at least in theory) referenced these relations. 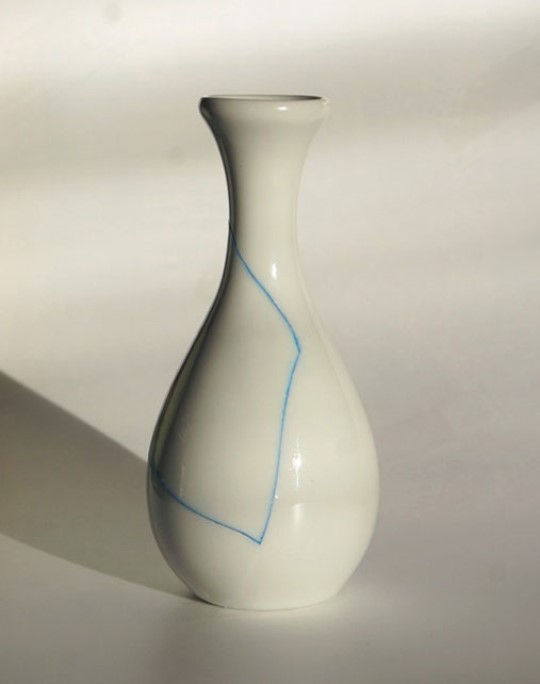 As inter-subjectivity is such a central concern in your practice, and you have made a number of works intended to be displayed or experienced in digital formats, for example on smartphones, could you talk about the ways in which the "internet of things" is reshaping the discourse between individuals and objects, in your understanding? Do you feel the emergence of "smart devices" is changing the nature of the philosophy of inter-subjectivity in meaningful ways, or does it merely represent a re-categorization/re-branding of the same core concepts?

For us, in this case, the answer is both yes and no. Devices are used to facilitate communication, but they bring with them their own logic; this is a highly intentional logic as a result of meticulous design. In this sense, inter-subjectivity does take on new dimensions because of the specific logic written into and output by such devices. Our relationship to objects fundamentally changes even if similar conceptual principles to "classical" inter-subjectivity theory are at work in the design of the new objects.

The field of inter-subjectivity can be thought of as a trading zone—a place where thoughts and ideas are confronted, valued, exchanged, some resonate and make a career for themselves, and some fall into oblivion. All the devices and technologies you mentioned change the nature of our communication; they enhance speed and precision—or perhaps the opposite. They simplify in the name of faster dispersion. They memorize, and they monitor us. They observe humans in the same way devices were used to measure, for example, weather phenomena in the past, and they bring meaning to dynamic systems. In the economic reality in which we live today, they also render that meaning as a transaction. 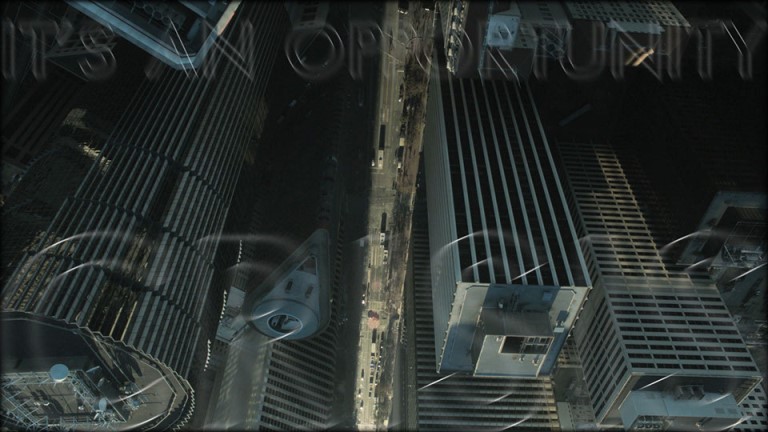 Lou Cantor is a Berlin-based artists' collective founded in 2011.

From the beginning of our practice.

Prefer not to answer.

In a hotel at the moment... 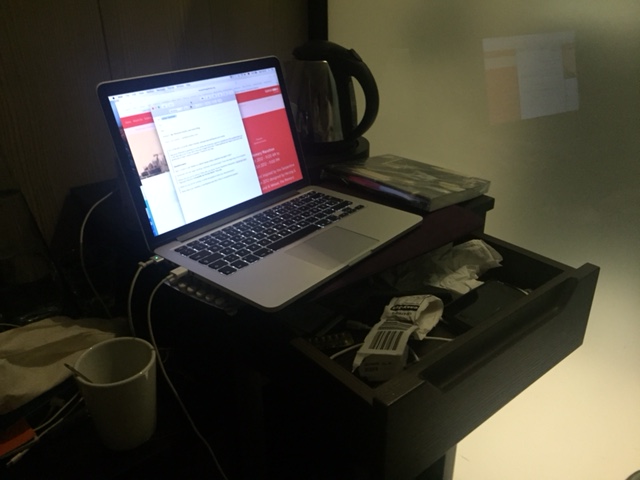