The Block is the Successor to the Book: A publishing proposal
By Rasmus Svensson & Hanna Nilsson (PWR) 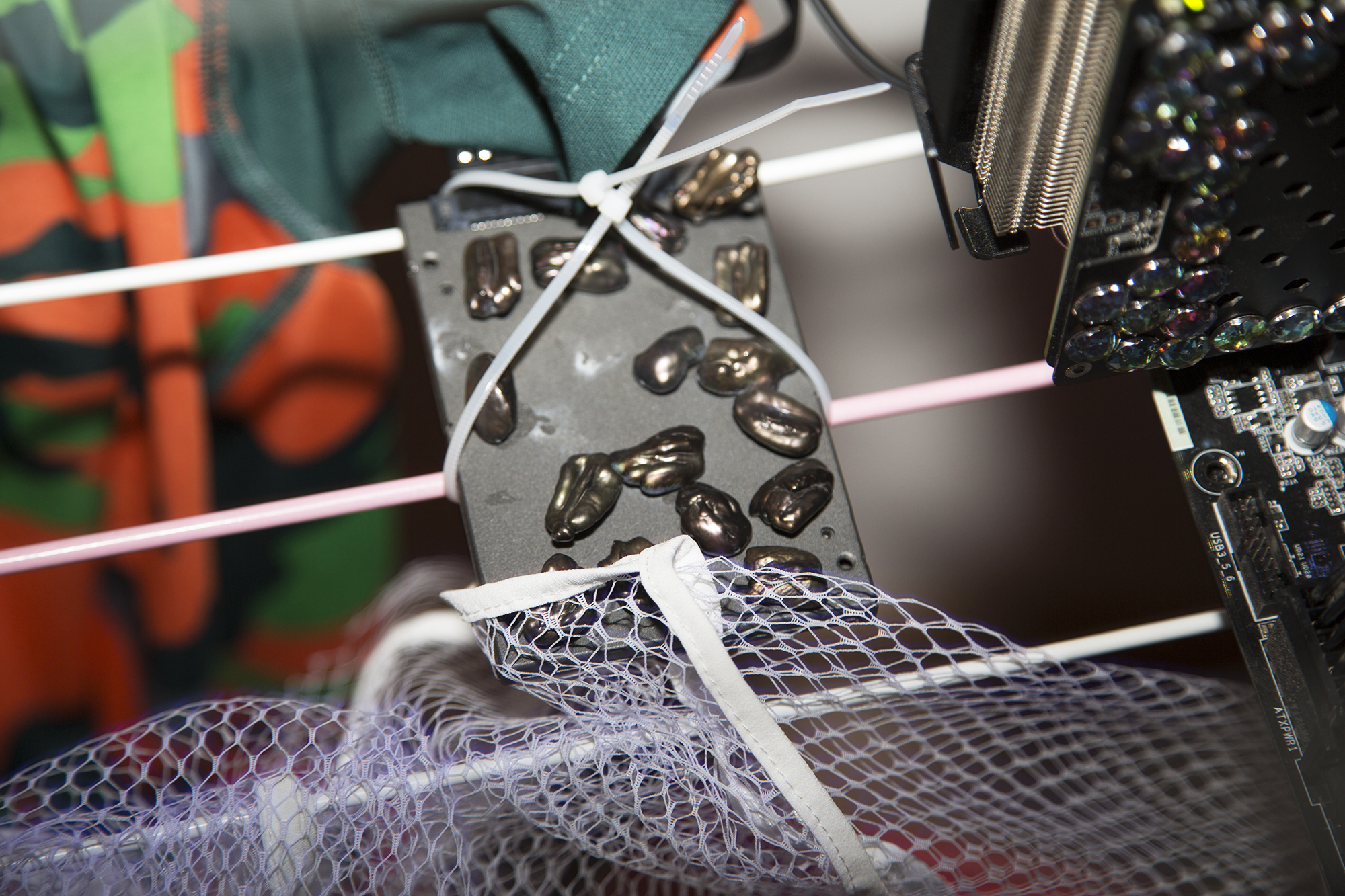 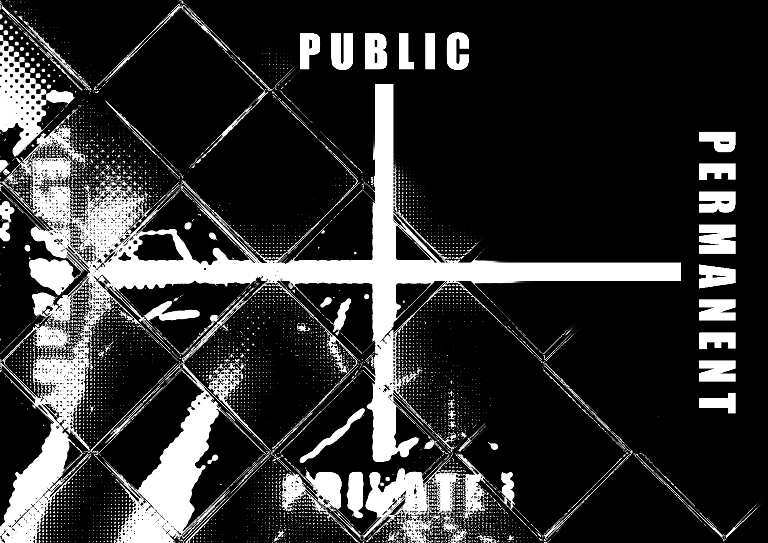 "We need a way of consistently and accurately naming every piece of human knowledge, in such a way that their name arises out of the knowledge itself, out of its textual, visual, or aural representation, where the name is inextricably coupled to what it actually is. If we have that name, and if we use that name to refer to some information, and someone tries to change the contents, then it is either impossible or completely detectable by anyone using the name."

In this text, we introduce Txtblock, a decentralized tool for publishing and distribution of digital text in a format called the block—a squarely defined, eternally immutable unit of information. The block is the successor of the book. Cryptographically bound, the block is given a name that is directly derived from its content. In this way it is made tamper-proof and resistant to censorship. We see this proposal as a small contribution to the internet renaissance.

What does the verb “to publish” mean in a society where every thought, movement, and moment is recorded and stored?

Let's say that publishing is the act of making something public and drawing attention to it. And let’s agree that the opposite of public is private. In the past, these two spheres—public and private—were clearly defined and separate. Today, they overlap, merge, and melt together. In the context of traditional publishing, the acts of printing, binding, and distributing a book delineated an unmistakable step from the private to the public sphere. The writer in her room, working on the manuscript, bringing it to the publishing house, and so on down the production line. In contrast, many current info-tools work in a gray zone in between, obfuscating where data ends up and how it is exploited.

Today, it is clear that the categories “private” and “public” need to be redefined in order to give the user the choice of where on this private/public spectrum she is communicating. Is the message meant for one person? Or for the community of all intelligent lifeforms? Should it expire after five minutes? Or persist until the last bits of information succumb to entropy?

The block exist on the extreme point of both the private/public and the temporary/permanent scale: a block is absolutely public and permanent. An inscription in stone.

The core component is a decentralized catalog containing cryptographic fingerprints, called hashes. These provide an absolute reference to the publications, uniquely based on their content. This catalog is the autonomous point of authority keeping track of what has been made public and when the publication was made.

The technology that enables this is Ethereum, a decentralized platform that runs smart contracts. This system uses a collective database called the blockchain that allows for agreement between nodes in a network without a central authority. The integrity of the system is maintained through the economically incentivized cryptographic labor of the participating machines, a digital scriptorium. Publishing is simply the operation of making an entry into this public database. The catalog functions without human gatekeepers and cannot be censored without taking down all of the nodes of the network.

In contrast with an ISBN number, a block-identifier is directly tied to the information it identifies. By using a cryptographic hashing function, a fingerprint of the information is created. Changing a single letter in the text will completely change the identifier. A modified file would, therefore, fail verification against the catalog. This allows certainty that the text you are reading is indeed the exact text that was published.

How should the actual texts be stored? We consider two possibilities:

1) The sensible, scalable solution. Recommended best practice: the catalog, on the blockchain, contains a reference to the text which is stored off the blockchain, on a content-addressed, distributed, peer-to-peer file system.

2) The more conceptually and aesthetically pleasing option: the text itself is stored directly on the blockchain. Merging the ledger and the book. Piggybacking on the piggybank. The text is kept safe as long as there is an economic incentive to perform the cryptographic work of maintaining the chain.

Writing to the blockchain is relatively expensive. One letter costs 0.00005 US dollars paid to the scriptorium, the machines who write the information to the database. Publishing the text you are reading right now would require a one-time payment of about 60 cents. This is too much for most applications, but Txtblock is meant for the very special kind of information that you want to commit to eternity. Text is compact compared to other media, so the cost, according to current market-prices on the Ethereum network, is reasonable and even perhaps a desirable feature adding a threshold you have to cross to go from private to public.

Txtblock is designed for publishing of pure text. In this sense, it exists in the lineage of the typographic book.

Why not images, video, or other rich media? There is value in limitations. It makes the creative possibilities more apparent. To avoid the slippery slope of adding features we propose a strict, minimal framework: unicode symbols displayed in a monospace font laid out in 64-character lines. In this way, we construct a strict grid where letters line up horizontally and vertically, giving the writer a rudimentary but predictable control of the layout. The block exists at the intersection of concrete poetry and code. The interface is strictly typographic with all of the design encapsulated in an open-source monospace, fixed-width font.

Current open ebook formats like ePub try to adapt the book concept to things that are not a good fit for it (interactivity, variable content), making ebooks an inferior version of already existing forms (websites, games, apps). Other formats are simply ways of commodifying information and locking it to a proprietary platform such as Apple’s iBook or Amazon’s Kindle.

We think that the fixed nature of the book serves a purpose today, and will keep on serving it in the future. This is, in contrast with many other forms of communication, as sharply defined units of information that, once published, once bound, are permanently frozen. Books are objects you can point to, discuss, and criticize. This core is what we call the block.

Conclusion: The Plan and the Network

What does the blockchain look like? A hovering, glowing network diagram? A cloud? The Google-approved material-design color scheme? Is it gold, silver, or the color of oil? A pile of coins? A tower of Babel built in Lego?

“We need to posit a collectively controlled legitimate vertical authority in addition to distributed horizontal forms of sociality, to avoid becoming the slaves of either a tyrannical totalitarian centralism or a capricious emergent order beyond our control. The  command of The Plan must be married to the improvised order of The Network.”

The blockchain could be the Merkle Tree that enables the rhizome, the necessary hierarchical, vertical element providing control and coordination in an open system.

The current web is based on a business model of spying on users and selling the information. We believe we are at a very interesting point where a combination of blockchain technology with peer-to-peer file systems gives us the necessary tools to reinvent the web, opening possibilities to other models beyond giant data centers, Amazon Allowance, and walled gardens. Txtblock is an experiment in this direction.

PWR is a studio for research, design and development.