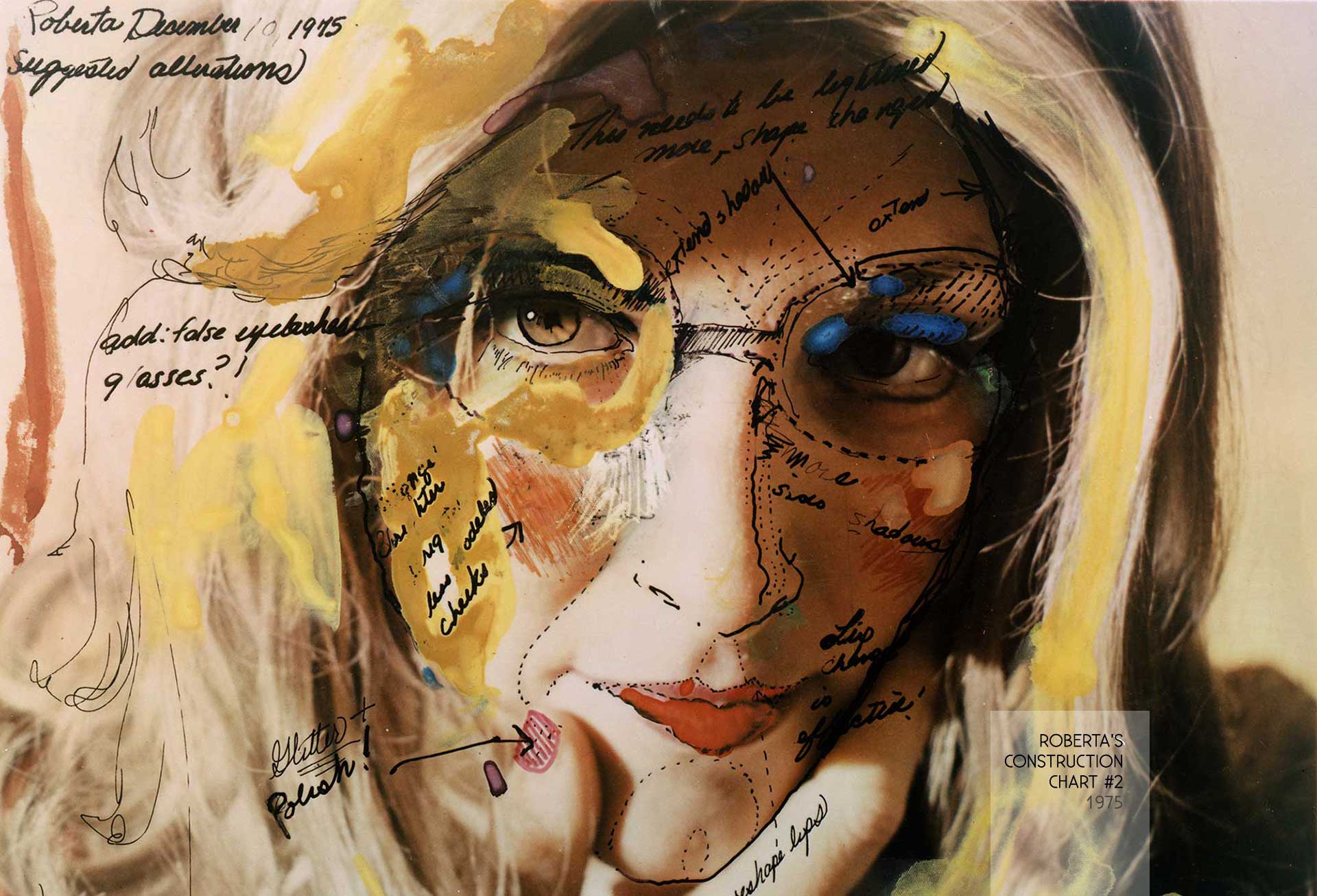 The sophistication and prescience of Lynn Hershman Leeson's decades-long engagement with identity under networked conditions, bioengineering, surveillance, and on becomes more evident with each year (and its attendant tech, genetic splices, and corporate and governmental intrusions). Gratifyingly, then, 2015 promises the continued run of the artist's retrospective at ZKM | Zentrum für Kunst und Medientechnologie Karlsruhe, with its forthcoming comprehensive monograph, and, opening tonight, a solo presentation at Bridget Donahue's new gallery:

Long before the digital revolution and the virtualization of everyday life, Lynn Hershman Leeson created surrogate personas to investigate relationships between humans and technology, and the media’s potential as a tool to counter censorship and political repression. Origins of the Species traces these prophetic concerns in works that span from 1968 to 2014, including photography, collage, sculpture, and interactive installations. The exhibition maps Hershman Leeson’s early gestures toward the split self, her notion of "Self Portrait as Another Person" exercises, and her parsing of the double bind of voyeurism and surveillance that has, in recent decades, become increasingly fraught.

Alongside this solo, Hershman Leeson will convene this Sunday at MoMAPS1 a panel called "The Future of Humanity":

In an era of programmable DNA when human organs can be printed and banked, limbs regenerated and new life forms created daily, who will have the power to make decisions that affect us all? Will wealth alone determine who benefits from biological engineering? What will it mean to be human?

You'll see us out at both—this kind of focused, thematic presentation with temporal breadth, as represented by the solo exhibition and its concurrent public program, seems particularly urgent at a moment when Silicon Valley, and its adherents worldwide, seem committed to a confused "posthuman."

See also: Hershman Leeson's speech upon being honored at the 2008 Rhizome Benefit.